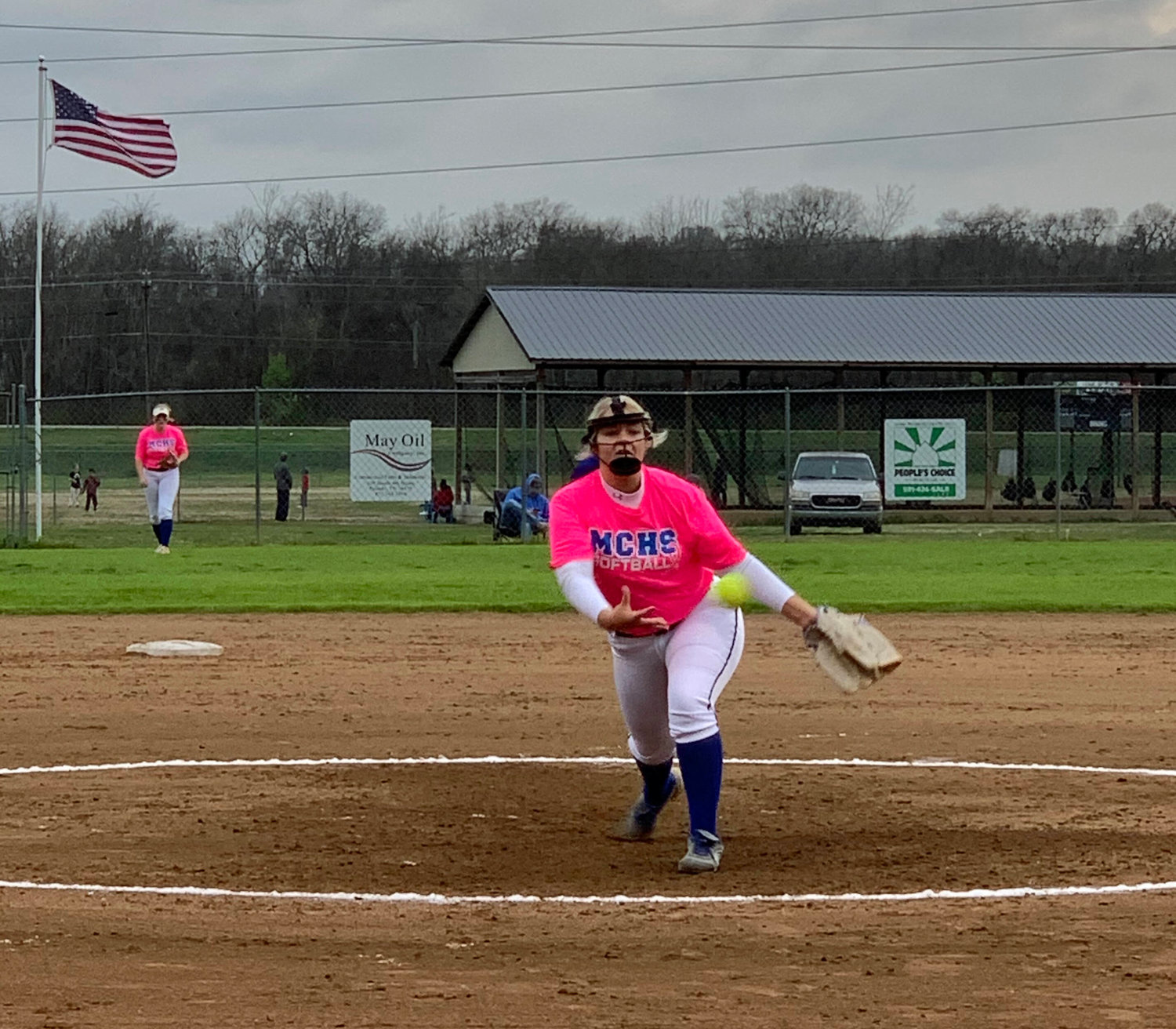 Marshall County pitcher Taylor Picked picked up a win Monday night versus the Lady Bulldogs and came back on Tuesday with another win at Pulaski.
Photo submitted 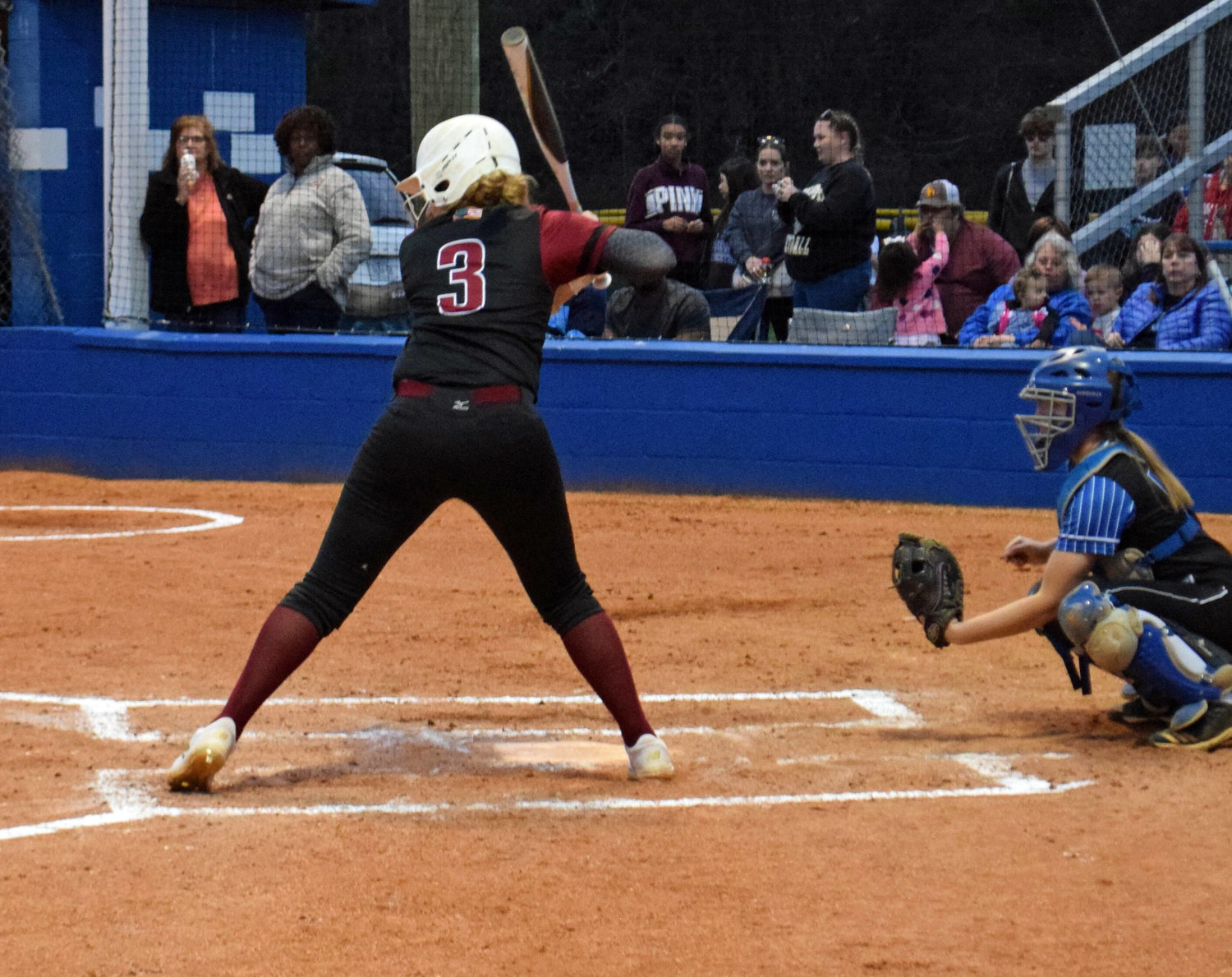 Cornersville’s Alicia Pope (3) had a big night at the plate for the Lady Bulldogs, going 2-for-2 with two bases on balls and two runs scored versus the Tigerettes. Tribune photo by Dennis Holley 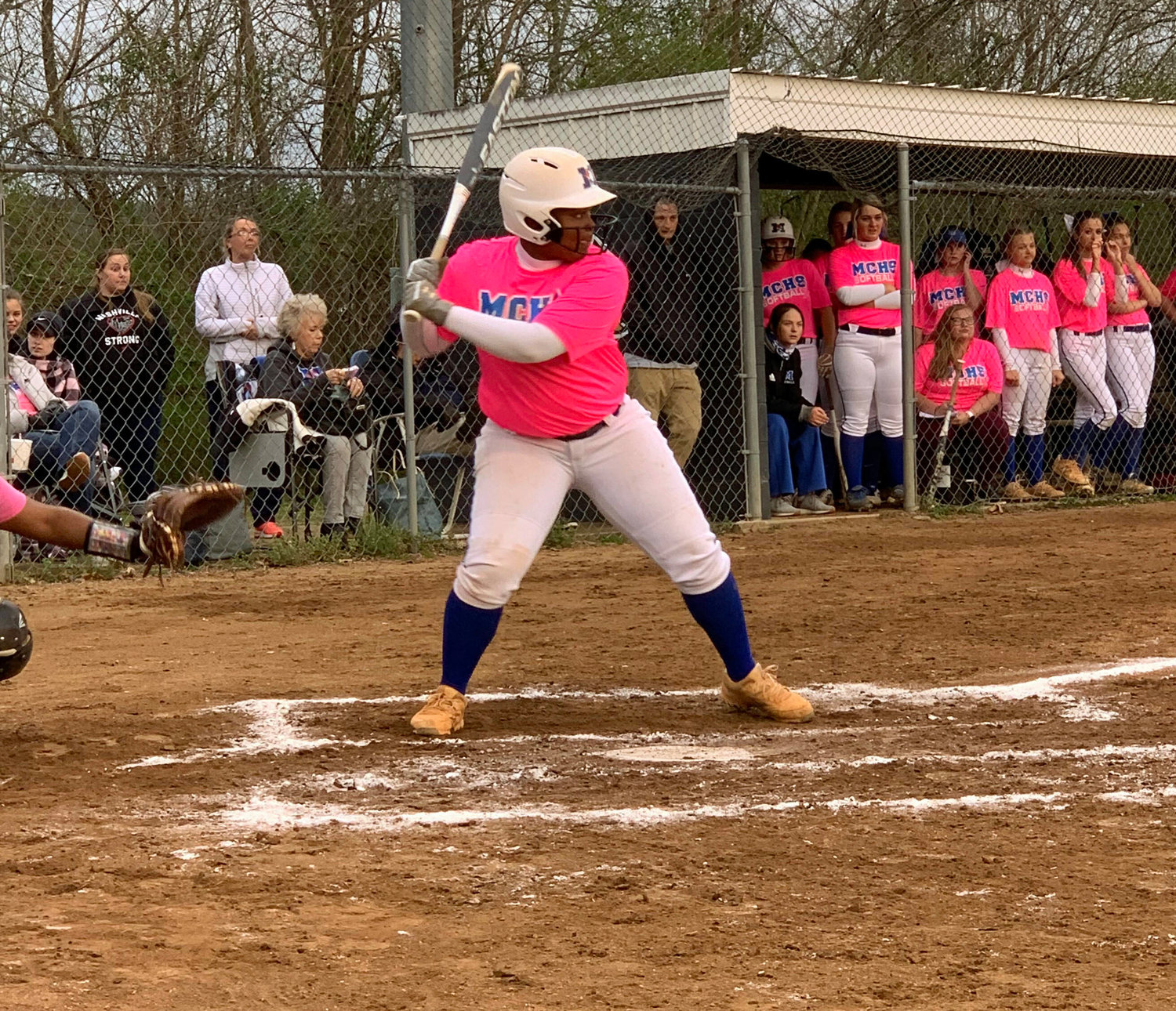 After a two-hit night versus Cornersville on Monday, Marshall County’s Kaniyah Taylor continued to swing a hot bat at Pulaski on Tuesday, belting a grand slam home run and driving in five runs in the Tigerettes’ 15-2 win over the Lady Bobcats. Photo submitted 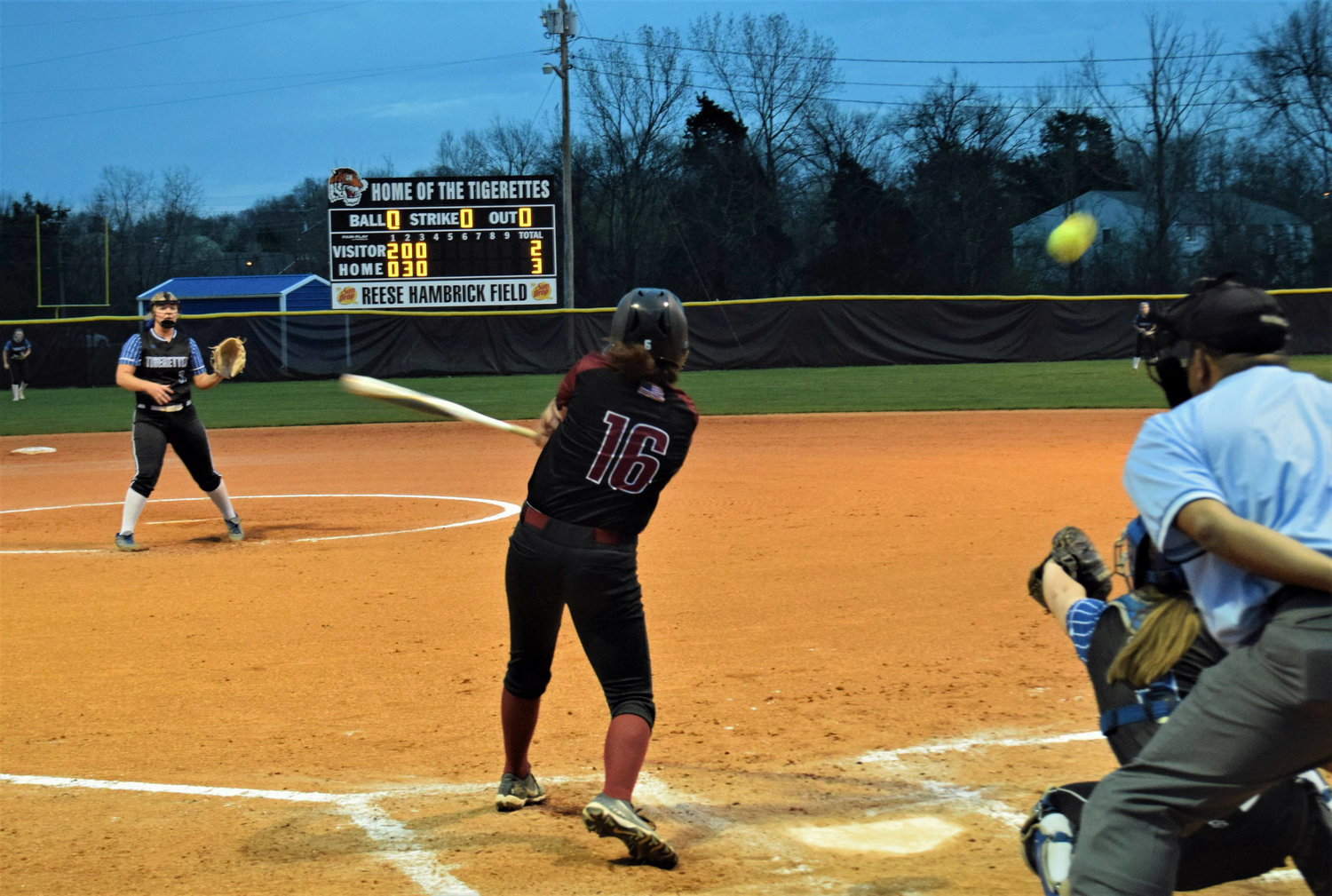 On a cool, but pleasant Monday evening an inter-county rivalry was played out on Reese Hambrick Field in Lewisburg between the Cornersville Lady Bulldogs and the Marshall County High School Tigerettes.

The Bulldogs, paced by shortstop Alicia Pope’s two home runs, broke out early then weathered a seven-run fifth inning by the Tigerettes before fighting back with a six-run sixth to make it a two-run game, only to fall 11-8 in a fine high school softball game.

When asked about his team not getting down after trailing 10-2, Cornersville coach Nathan Polk said, “One thing we have learned is this team does not have any quit in them, we have a lot of grit and they keep fighting.”

“The Covid thing has really messed with everything. Some of these players have not seen live pitching in two years, but if we can keep hitting and playing tough, I believe come the middle of April we should be where we want to be.”

Cora Duke pitched a solid game for the Lady Bulldogs, Pope drove in four runs with two homers, and Anna Wood drove in three for Cornersville.

With one out in the top of the first inning, Abbie Woodard beat out a base hit to deep short and moved up to second on an errant pick-off throw and then coasted home on Pope’s drive just to the left of the sign outside the fence commemorating the 2005 MCHS State 2A Softball Championship and just like that, the Lady Bulldogs led 2-0.

Duke ran into a bit of trouble in the bottom of the first inning, but was bailed out by catcher Wood, who threw out a Tigerette runner attempting to steal third base on the front end of a double steal.

The Lady Bulldogs’ lead did not last through the bottom of the second inning as Taylor Garrett got aboard on an error, but was erased on a fielder’s choice, placing Jessa Lancaster at first base before Pickle was hit by a pitch that put two runners on.

Abby McGehee then laced a double to left/center field that scored one run, Demiyah Blackman singled to plate another, and Madison Hery drove in the third Tigerettes’ run and MCHS led 3-2.

The Tigerettes looked to push their 3-2 lead out in the fourth inning when Taylor lined a ball down the right field line with runners on first and second, but Alisha Price ran it down, making a snow-cone catch and then had the presence of mind to throw to first to double up the MCHS runner to end the threat.

Duke and Pickle battled pitch for pitch and the score remained the same until the bottom of the fifth inning when the wheels came off the Lady Bulldogs’ defense.

Three errors and doubles by Taylor, Lancaster, and Hery led to seven runs and when the dust had settled, the Tigerettes appeared to have blown the game open as they led 10-2.

But these Lady Bulldogs are made of sterner stuff and the bats woke up and Cornersville began to battle back.

Haylee Hobby was called on to replace Pickle in the circle for MCHS and Jayli Childress led off for the Lady Bulldogs with a single.

With the bases loaded, Wood blasted a double to centerfield to clear the bases and make the score 10-6.

With Wood at second and first base open, the Tigerettes elected to pitch to Polk, who drilled a high pitch over the centerfield fence for her second home run and the Lady Bulldogs were right back in the game, now trailing 10-8.

“The first one (home run) was inside, the second was up,” Polk said.

The Tigerettes fought back in their half of the sixth inning with Meadows led off with a single to center field.

Oliva Wooten came in to pinch-run for Meadows and Tatum Garrett sacrificed Wooten to second.

Wooten stole third base and Pickle singled to make the score 11-8 in favor of MCHS.

“We finally got our bats going and if we can continue to hit the ball and keep the errors to a minimum, I feel we will have a successful season,” MCHS coach Baylee Taylor said.

The Tigerettes (3-1) travelled to Pulaski on Tuesday and hammered the Lady Bobcats 15-2 behind a five-RBI night by Kaniyah Taylor, who belted a grand slam home run.

Taylor Pickle picked up her second win a row at Pulaski, tossing all seven innings, giving up two earned runs on seven hits while striking out one and walking one Giles County batter.