When it came time for Tristan Griggs to sign his letter of intent, the closeness of Columbia State and the homey feel just made it the perfect fit as the Marshall County senior made it official as he … 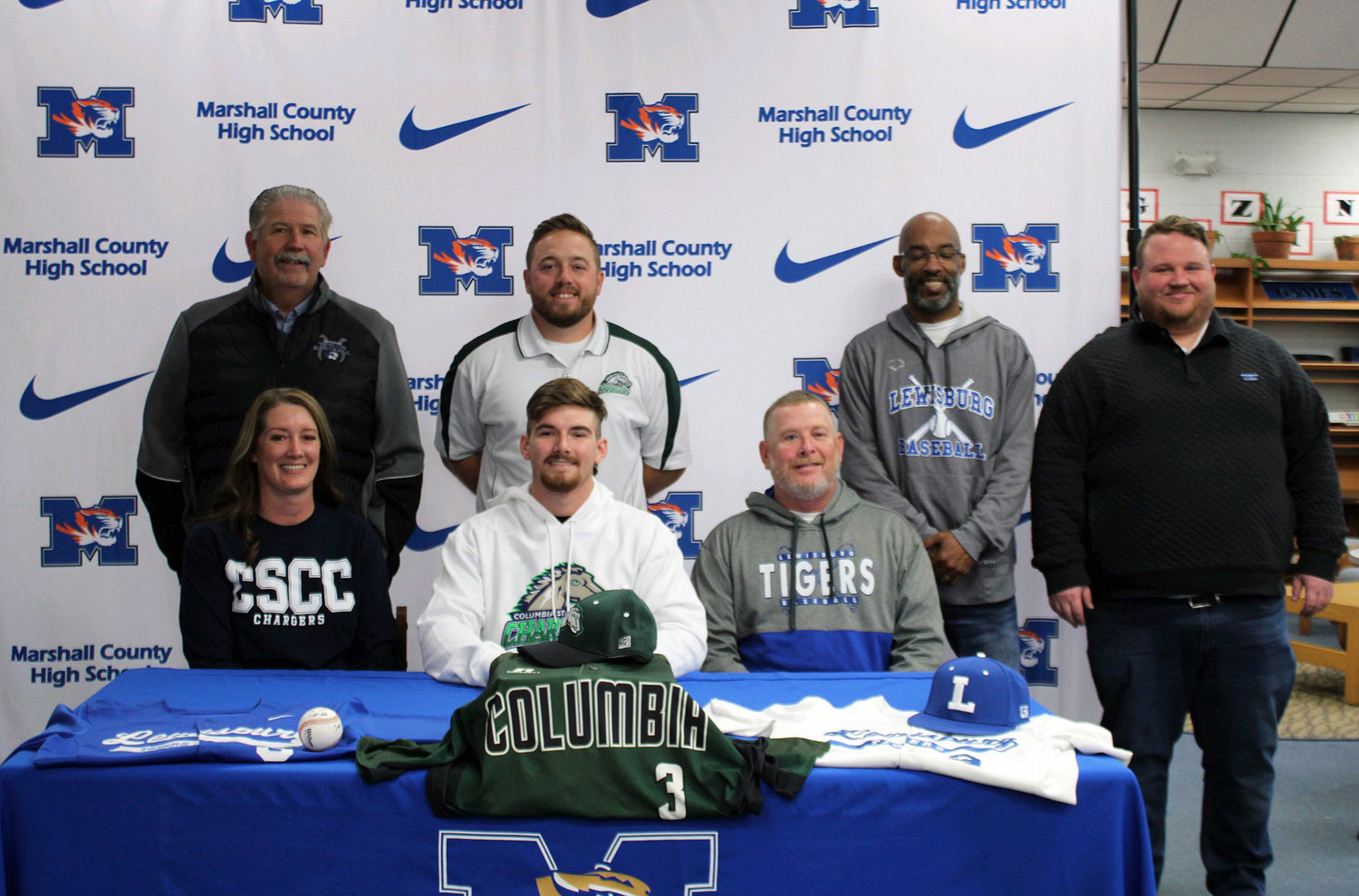 When it came time for Tristan Griggs to sign his letter of intent, the closeness of Columbia State and the homey feel just made it the perfect fit as the Marshall County senior made it official as he recently signed with the Chargers.
With the pressures of choosing a college, not just for academics, but for baseball as well, out of the way, Griggs says he’s ready to focus on having a strong finish to his career at Marshall County.
“I just came in and signed. I’m just ready for the season to start. I really loved the coaching staff. They have a really good ball club this year. It just felt like home to me,” he said.
Griggs has become known as Mr. Utility with his versatility to play just about any position on the field—a perk which Tiger coach Mike “Monk” Reese says is an invaluable asset for the Tigers this season and Columbia State in the future.
“This year it’s tremendously important. Bryson (Hammons) signed with Motlow and is coming off a knee injury and probably won’t get to catch this season,” Reese said.
Griggs primarily plays in the outfield, but aims to be the go-to backstop for the Tigers this seaosn.
“Hopefully we’ll get him (Hammons) back to do some other things, but Tristan has taken on the role as our catcher. He was our backup catcher when Bryson would come in to pitch or close. I like him back there. He can play lots of positions, but he can really run that outfield.”
In addition to his versatility that allows him to field just about any position, Griggs factors into the Tigers’ batting lineup with his power hitting as well.
“Tristan is a remarkable young man in terms of his work habits. If not the best, he’s right at the very top of the best athletes in our school. He’s a tremendous guy to coach. He’s fun to coach because of his work habits and his dedication,” Reese said.
Like his time at Marshall County, Griggs says the Columbia State coaching staff eyes him as a primary outfielder, but he’ll spend time behind the plate as well.
“They want me to play outfield as the main and my secondary will be catching,” he said.
Since his earliest days of playing since he was four to five years old, Griggs has continually grown in the game and Reese feels Griggs’ best playing days are ahead of him.
“He has another upside. I don’t think he’s come close to reaching his potential because he’s a tremendous athlete. I’m hoping he’s going to have a great year for us. I see him in the near future progressing and not only going to junior college, but to Division I ball because he has that ability,” Reese said.
Throughout all his time playing, one game stands out for Griggs and it came in a 3-2 win at Lewis County during the 2019 season.
“I remember freshman year, I think we were playing Lewis County. I hit one to left field, but they ended up catching it, but I scored the winning run,” he said.
While he’s undecided in terms of choosing a major, Reese says no matter how he fits in the roster his senior season and in the future, Griggs will be a key impact player as long as he’s on the field.
“He has a lot of pop in his bat and that can do nothing but get better. He’s an impact player, not just for our team, but also our district this year. I know Columbia State is happy to get him,” Reese said.