A consistent game and a steady work ethic helped guide Forrest senior Sebastian Thompson to his college destination.Thompson recently signed his letter of intent to continue his college career at … 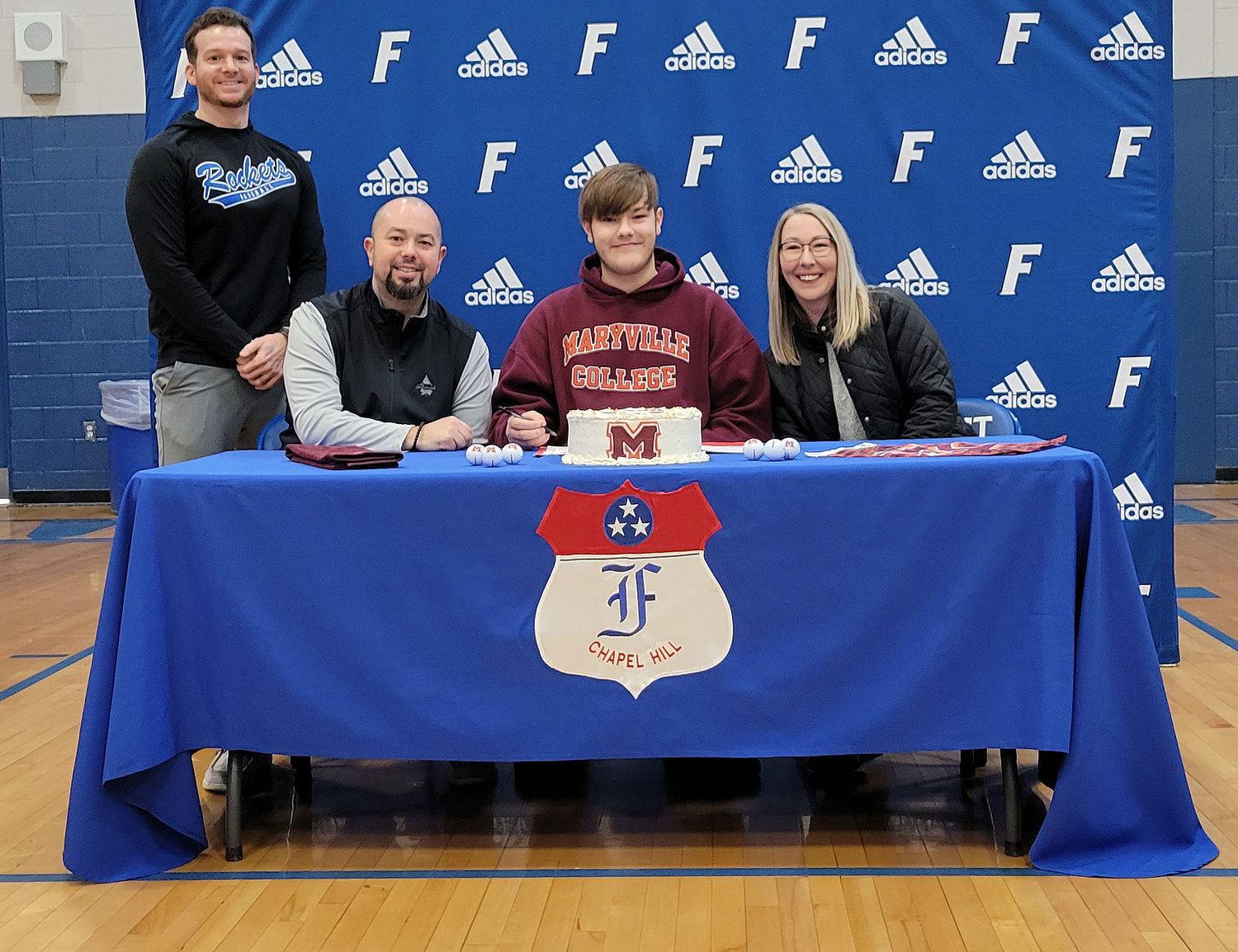 A consistent game and a steady work ethic helped guide Forrest senior Sebastian Thompson to his college destination.
Thompson recently signed his letter of intent to continue his college career at Maryville College.
In front of a crowd of friends, family coaches and teammates, Thompson made it official last week as he inked his letter of intent to continue his golf career with the Scots.
“It’s amazing. I’ve been looking forward to this for the past two or three years. I’ve always wanted to play golf at the next level. Me being able to do that is amazing,” Thompson said.
When it came time to look for a college destination, Thompson had looked at a few schools to possibly pursue an engineering degree, but the ability to play golf for a school that felt just perfect for him.
“They approached me, but I was looking at a couple of other schools for more than just golf, I was looking for an engineering degree. This just really worked out,” he said.
Thompson was a three-year qualifier for the region tournament, including as part of the Rockets who qualified as a team during his sophomore year.
During his junior and senior seasons, Thompson earned his own way, which helped pave the way to Maryville.
Thompson’s consistent play stood out to Rocket golf coach Andy Burkett throughout his career playing at Forrest.
“Sebastian is the type of guy that in practice or matches—the first word that comes to mind is consistent. He was a four-year starter for us. He really took over as both our No. 1 and our No. 2 golfer this year. He went back and forth with Noah (Brown). More than anything else, he was the most consistent guy we had,” Burkett said.
It wasn’t just a one or two year instance with Thompson being the consistent scorer for the Rockets.
“He was consistently posting good scores. As the kids are coming in and their scorecards are coming up the hill, he was one of the guys I never worried about from a score perspective. For him to make the region tournament in both his junior and senior year was awesome and he made it as a sophomore with the team,” Burkett added.
Thompson got his start playing when he got his first set of clubs from his dad.
After that, the rest is history.
“When I was around nine or 10 years old, my dad got me a little set of clubs and I loved it. I don’t play a lot during the winter, but during the summer, I’m always out there,” he said.
His consistent play came by no accident.
Thompson’s work ethic never was doubted by the coaching staff or his teammates.
And because of that work ethic, Burkett feels that Thompson will continue that consistency into the college competition.
“He’s got a great work ethic and a great golf game. He’s great off the tee. From an iron perspective, he’s very accurate. His short game has come a long way from what it used to be. If his putting can be anything consistent the way he’s always been from tee to green, he’s going to be in good shape,” Burkett said.
Throughout all his time playing, Thompson said there was one particular memory that stood out above the rest.
After a so-so practice round in preparation for the region tournament, Thompson connected on an unforgettable shot.
“I wasn’t having a great day. Had a horrible hole on the time before and I ended up holing out for eagle on the very last hole,” Thompson said.
While he’s still got a few months left of his senior year at Forrest, Thompson will eventually report to Maryville a few weeks before classes begin this fall for a preseason workout schedule with the Scots.
Maryville College is a NCAA Division III school that competes in the USA South Atlantic Conference.