This one's for you, coach

This one's for you, coach 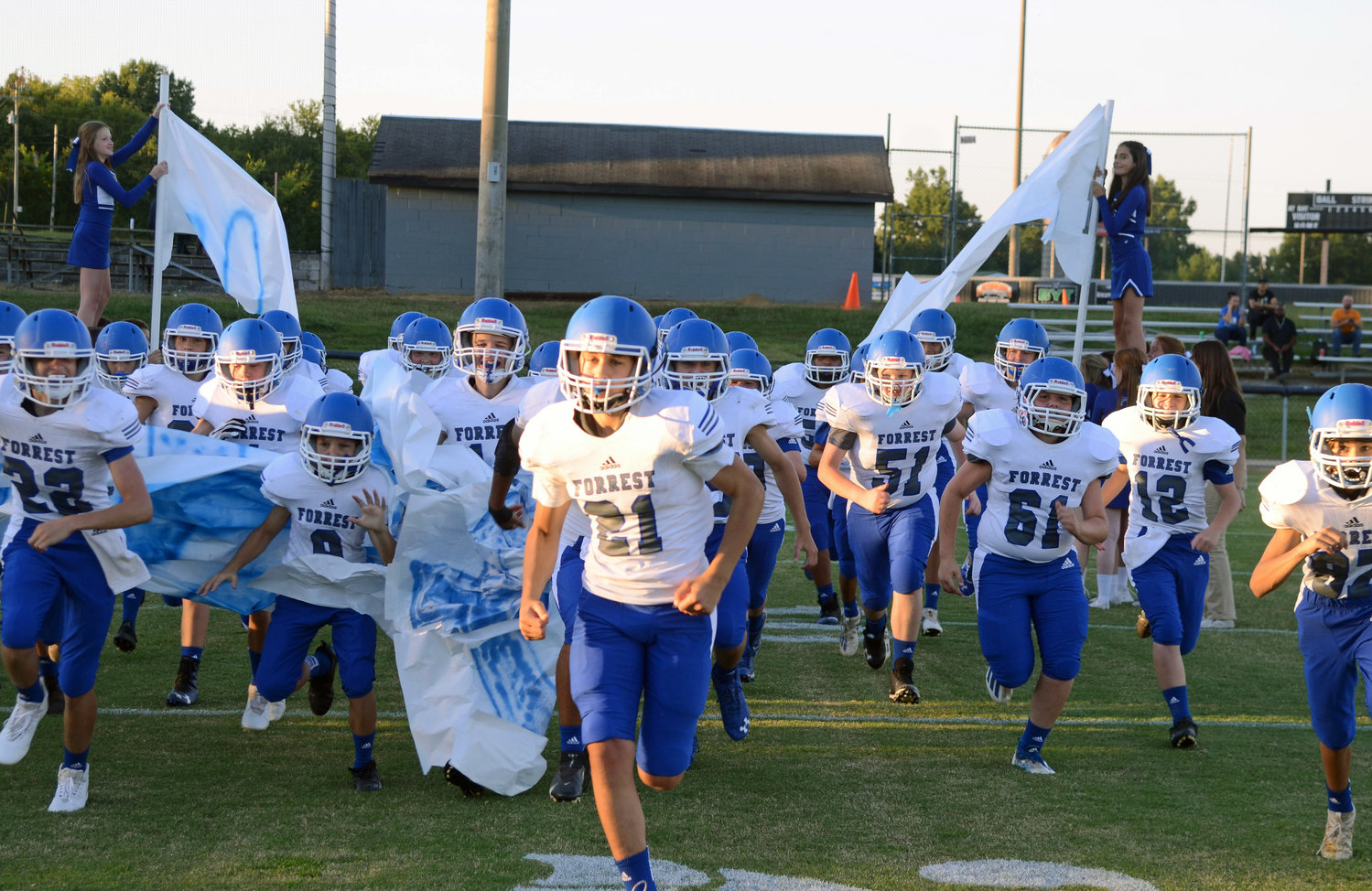 The Rockets run out at Cascade where they shutout the Champions 44-0 Thursday night.
Tribune Photo by Anthony S. Puca 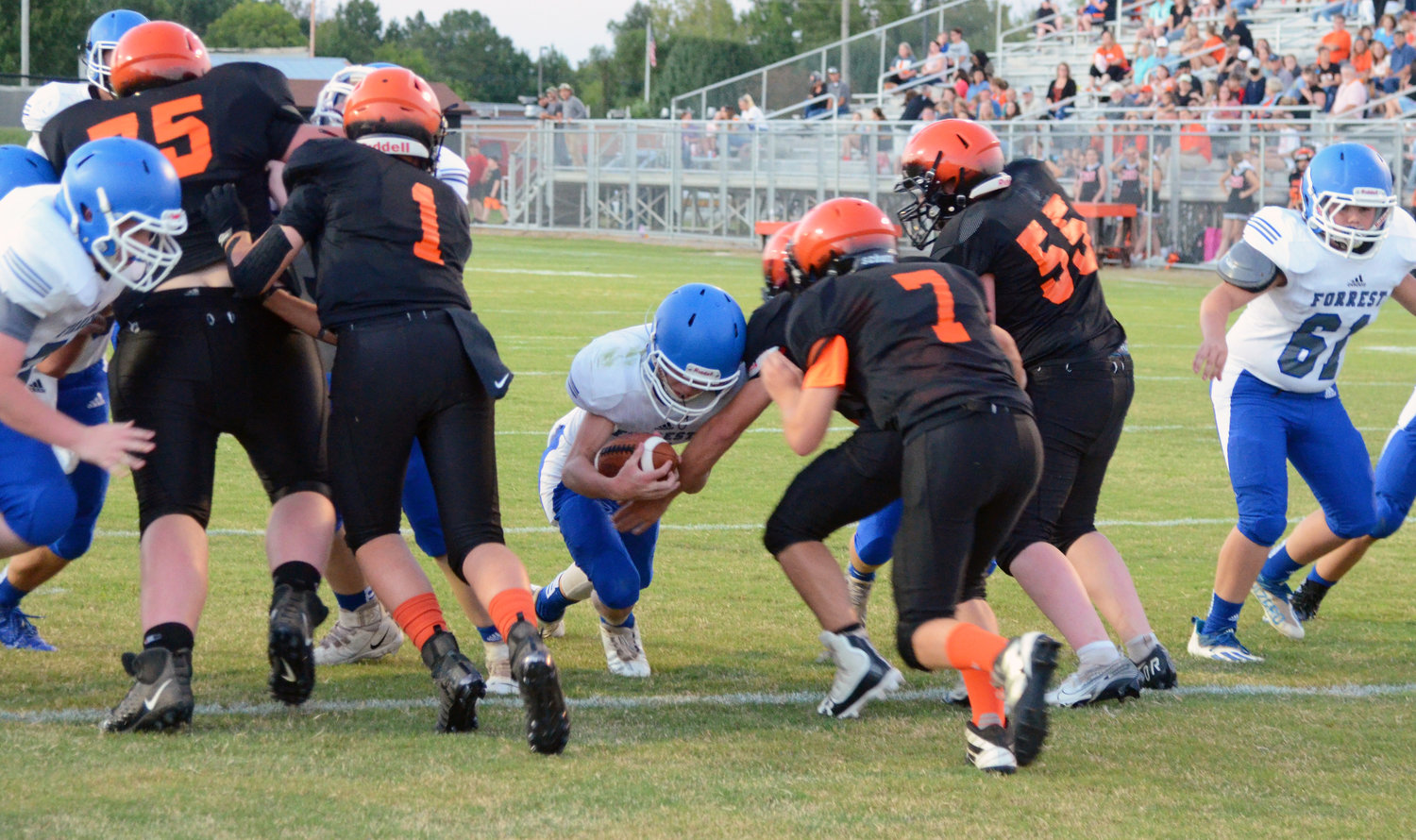 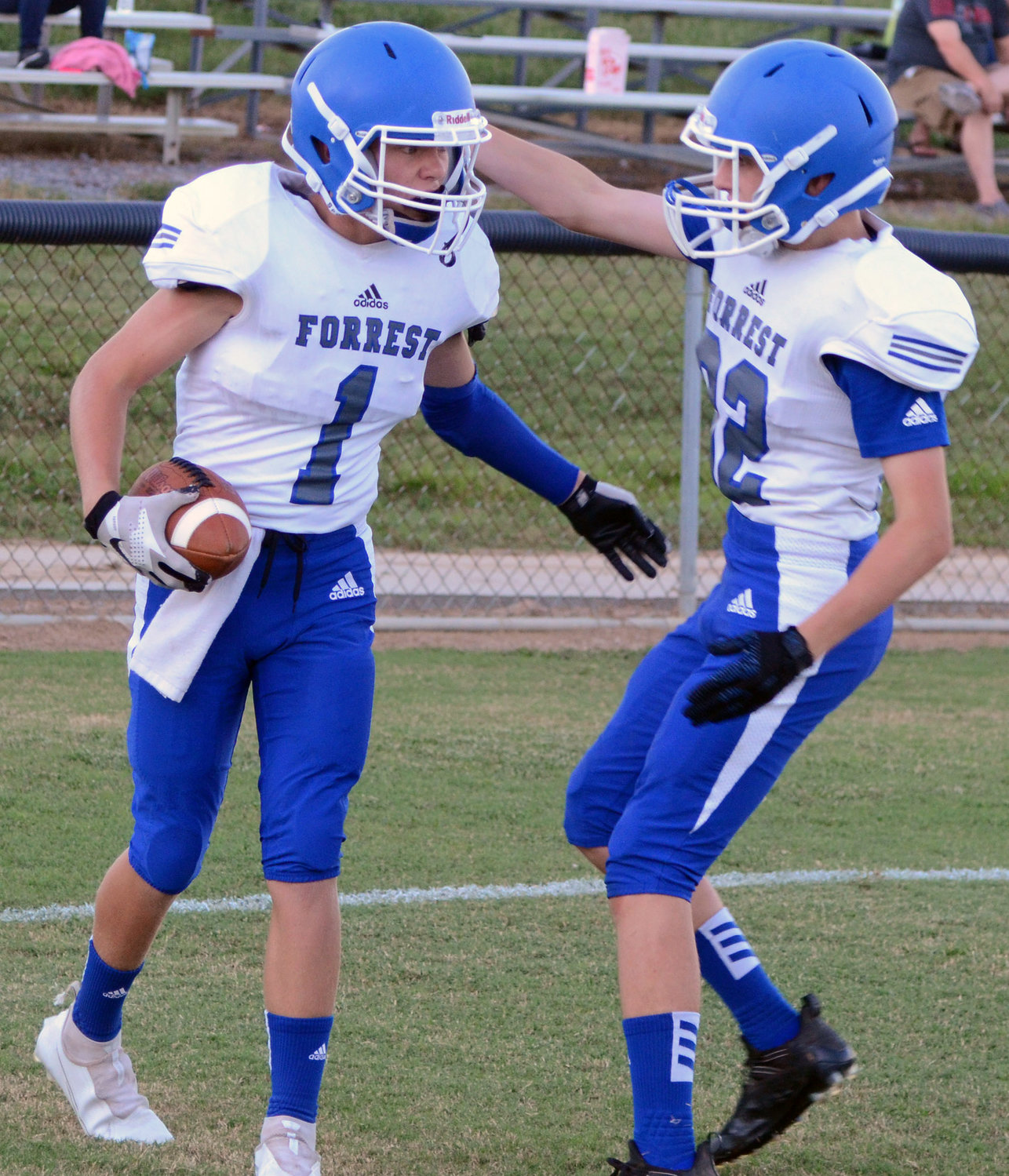 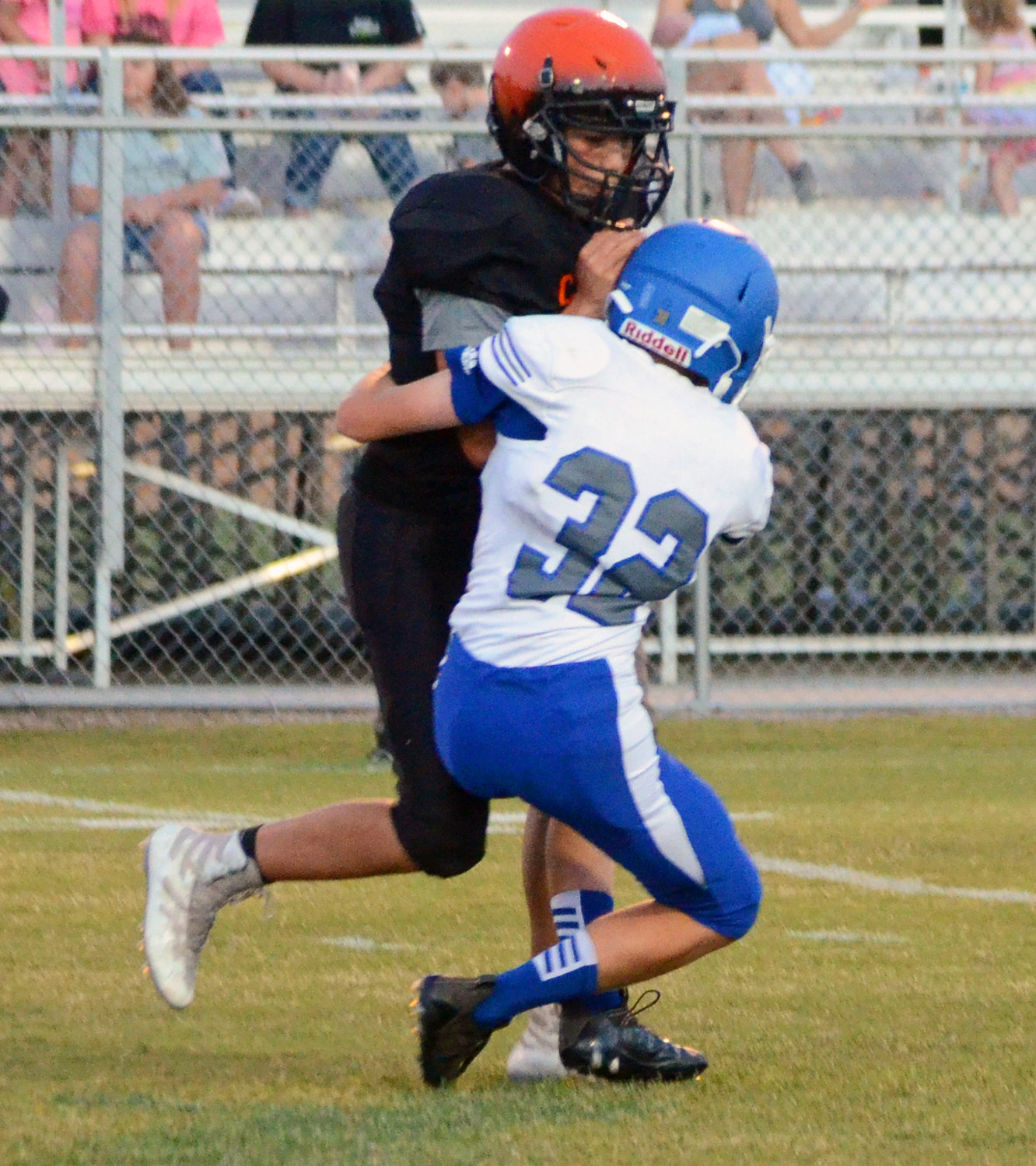 Forrest’s Clayson Jones (32) comes up with a drive stalling sack in the first half.
Tribune Photo by Anthony S. Puca
Previous Next
Posted Friday, September 10, 2021 1:13 pm

BELL BUCKLE — Legendary Chapel Hill football coach Homer Jones came out of retirement in the spring to help his grandson Tony Johnson fine tune his talented Forrest Middle School squad and attempt to make a run for the Duck River Valley Conference title that has eluded the Rockets since 2014.

Jones saw much promise in the squad and he was correct as the Rockets stormed out of the gate this season with an undefeated record.

FMS took a 3-0 start to longtime rival Cascade Thursday night, but Jones wasn’t there to see it as he was hospitalized with Covid-19 earlier in the week.

“He coached for over 30 years for Forrest and he came out of retirement to coach with me and coach these young guys because he sees the potential in this group.

The Rockets were good medicine for Homer as they walloped the Champions 44-0 to move to 4-0, one win away from hosting the conference title game.

“We were a little worried after that big win last week that our heads would be big coming in, but we have been preaching to these guys to stay humble and stay hungry and to leave no doubt that we are the best team on the field,” Johnson said.

“We definitely did that tonight on offense, defense, and special teams, it was a lot of fun.”

Jones received the game updates Thursday night in the hospital from Johnson and told the coach to tell the team, “It was a great victory and he wanted to know how they adjusted to the unbalanced set.” That’s Homer!!

FMS takes on Cannon County for middle school homecoming next Thursday night at the Murrey E. Holton Memorial Field in Chapel Hill, hopefully with Homer back at practice and on the sidelines for game night.

“We need to win, it’s homecoming, it’s a big week, it’s a fun week for these kids, and it can be distracting at this age, but I think we will be really focused and come out ready to get that win,” Johnson said.

The Rockets put the game at Cascade away very early as they piled on 36 first half points, beginning with a Fletcher Fields pick-six on the Champions’ second play from scrimmage.

The Forrest defense stymied the Champions again and the offense took over at their own 23-yard line after the punt.

A long run on second down by Cohen Grissom plus 15 yards on a Cascade personal foul gave Forrest great field position before a holding call set them back.

Three snaps later, Fields ran for a first down and Grissom followed with a bruising run down to the Cascade seven-yard line.

Two plays later, FMS quarterback Ryan Hill punched it in from the one-yard line on the final play of the first quarter and then ran the rock in again for two more points to make it a 14-0 contest.

Grissom drilled the ensuing kickoff that pinned the Champions back at their own 15-yard line where disaster was looming.

The Forrest defense pushed them back to the shadow of their goal line and a fumbled punt gave the Rockets the ball at the one-yard line where Hill scored on a keeper two plays later to put FMS up 20-0.

Cascade still had no answer for the FMS defense, going three-and-out again and another bad snap gave the Rockets the ball on the Champions’ 43-yard line.

“We are very sound on defense and we love giving out those Zero bars the next week.”

On the next snap, Hill found a wide open Bell on a seam route for an easy touchdown and then Hill made it 28-0 with a two-point run with 3:05 remaining in the first half.

FMS stopped Cascade on three plays after the ensuing kickoff and got the ball back with 48 seconds left in the first half.

A false start on the Rockets made it first-and-15 before Grissom busted a first down run to the Cascade 37-yard line and Fields followed with a run to the 26.

With 25 seconds remaining until the break, Hill dropped back and found Fields behind the Cascade defense for a touchdown and Hill tossed the two-point conversion pass to Bell in the corner of the end zone, giving FMS an insurmountable 36-0 halftime lead.

The first team offense played the first series of the second half and kept pounding the rock as they reached the Cascade 15-yard line where Hill capped off his spectacular night with a 15-yard touchdown toss to Bell. Grissom bulled in for the two-point conversion and the 44-0 lead.

Hill went 3-for-3 for 89 yards and three touchdowns.

Cascade kept their starters in and the Rockets played the second team defense that bent, but did not break as they held their ground to complete the shutout win.

FMS also has a forfeit win over Manchester.