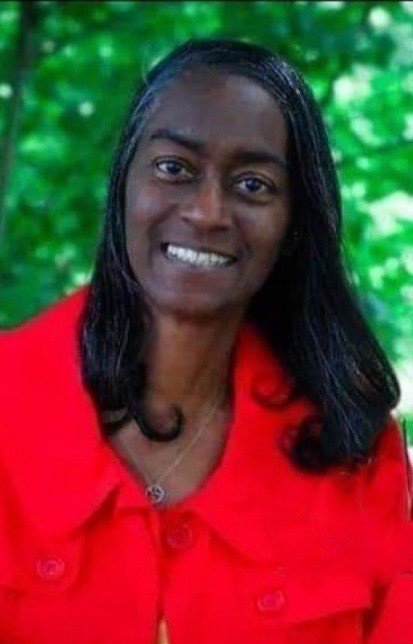 Stephanie Crutcher Robinson, a faithful Christian servant, departed for her heavenly home on Nov. 1, 2021, to be with the Lord.

She was born in Lewisburg, TN on Feb. 28, 1961 to Betty Long and the late Joe Davidson. She was educated in the Marshall County School System, where she was elected to serve as the first African American Cheerleader at Marshall County High School where she graduated in 1979. She worked at Inter-City Products while raising her children. She later went back to school and studied medical coding. She worked at AJ Medical.

She professed Christ at an early age and joined Greater First Baptist Church where she served on many committees and sang with the praise team.

She leaves to mourn, her children, Nakia Crutcher of Columbia, TN and Derrick (Tamara) Crutcher of Murfreesboro, TN; bonus daughter whom she considered her own, Shannica Frierson of Nashville, TN; God-children, Janiece Cathey of Columbia, TN and Justin Cathey of Hawaii; her mother, Betty Long; devoted loving sisters and brother, Francine (Tim) Crutcher of Lewisburg, TN and Clark Crutcher of Lewisburg, TN; other siblings, Lolita (Ivan) Kelso of Murfreesboro, Tn and Brian Davidson of Louisville, KY; and a host of uncles, aunts, cousins, and nephews.

She is preceded in death by her father, Joe Davidson; step-father, Billy Holman; and grandchildren, Rodriguez Tyrone Holt, Jr., and Ramaiya Jazelle Holt.

Bills-McGaugh & Hamilton Funeral Home is honored to assist the family with arrangements. Notes of sympathy may be made online at www.billsmcgaugh.com.