On Saturday, the Lewisburg Rotary Club hosted its first Fourth of July Golf Tournament at the Lewisburg Recreation Center Golf Course. The tournament featured two sessions, each consisting of nine teams with a total of 72 players in participation. Prizes in the tournament included a $10,000 Hole-in-One that went unclaimed, a $5,000 50-foot putting contest, and a $2,000 Closest to the Pin challenge... 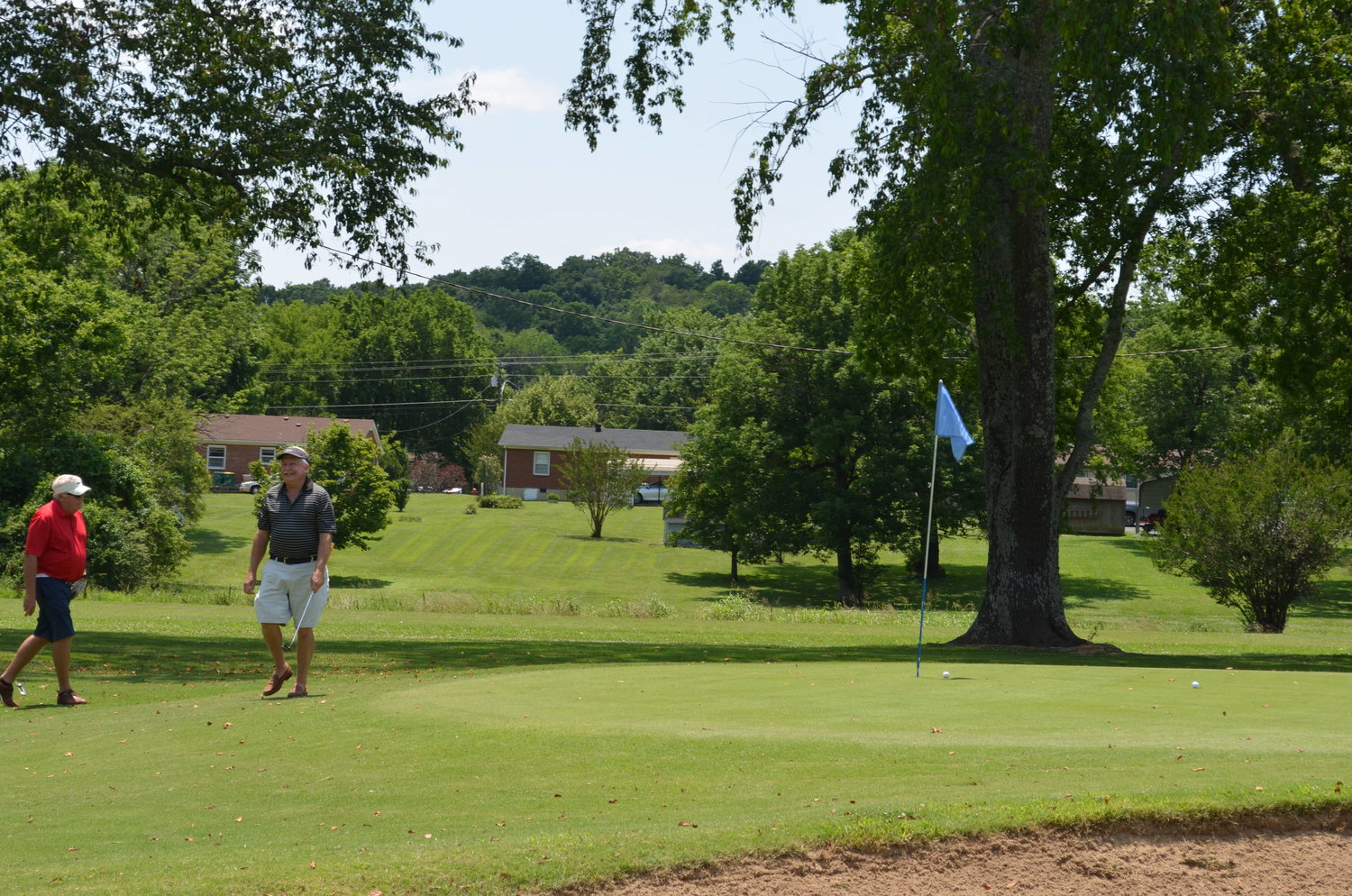 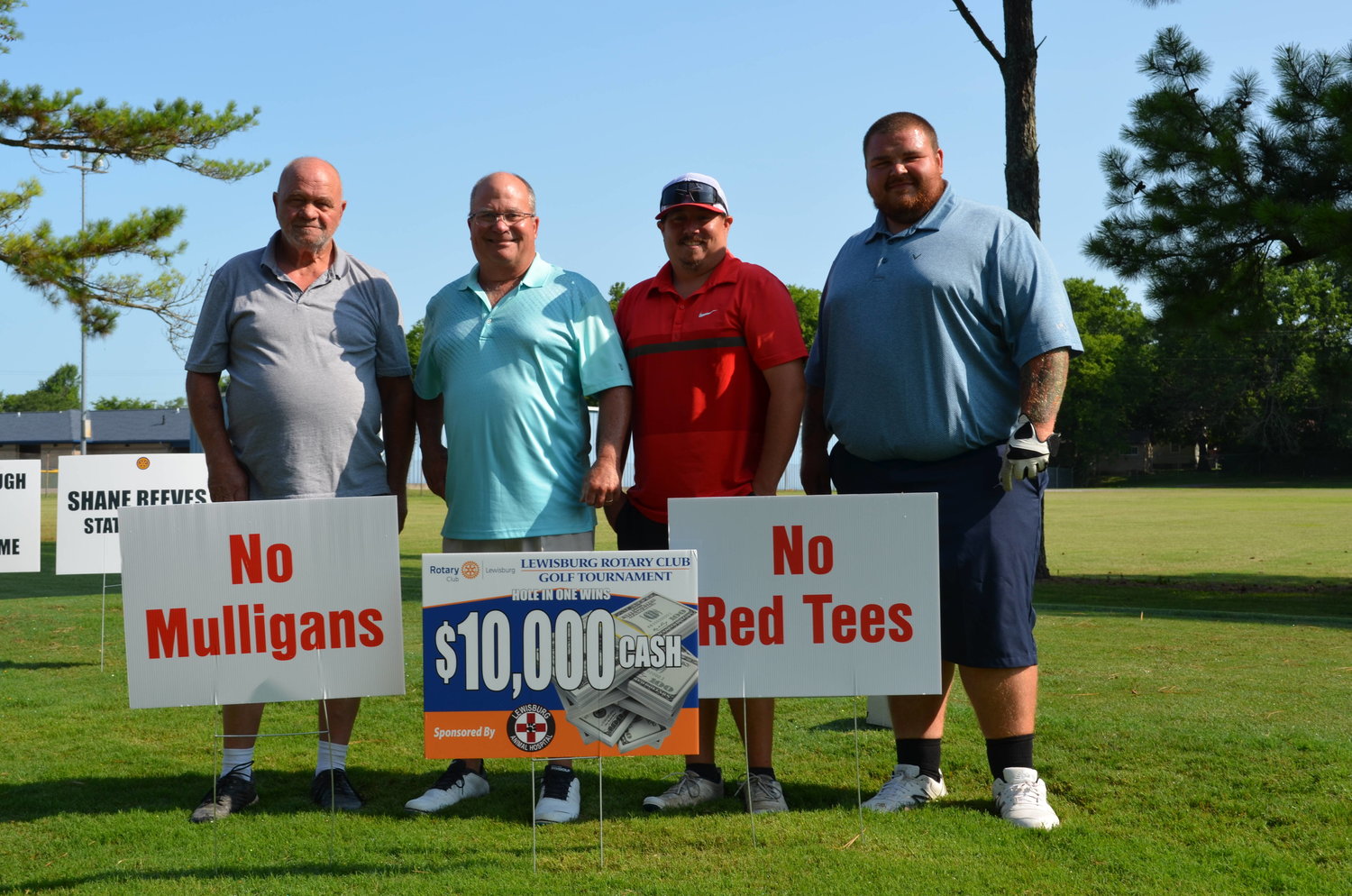 Georgia Mike, Charles Victory, Drew Sandford and Taylor Richardson pose for a picture on the Par 3 Hole 7 before they step up to tee-off for the $10,000 hole-in-one challenge.
Submitted photo 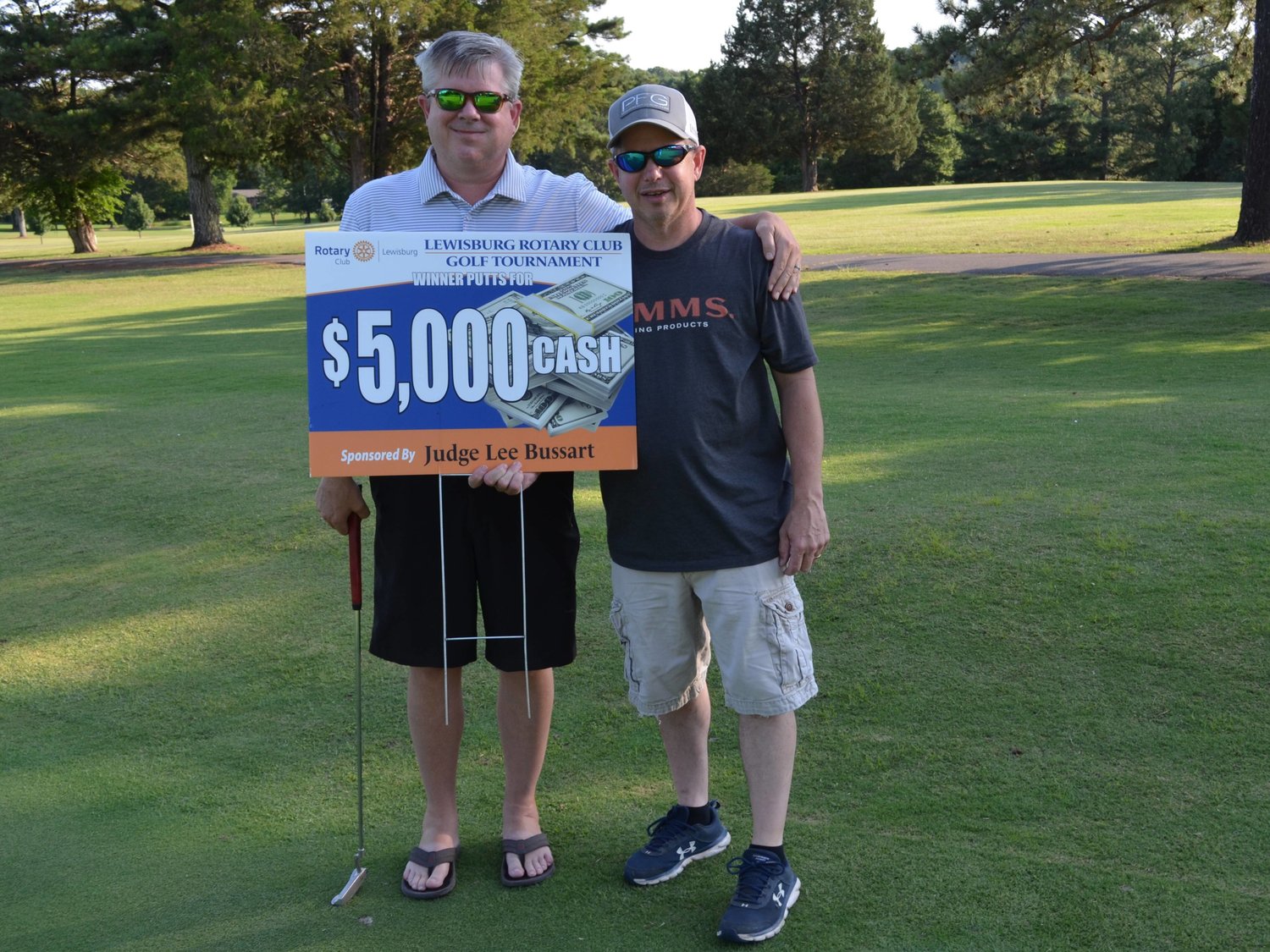 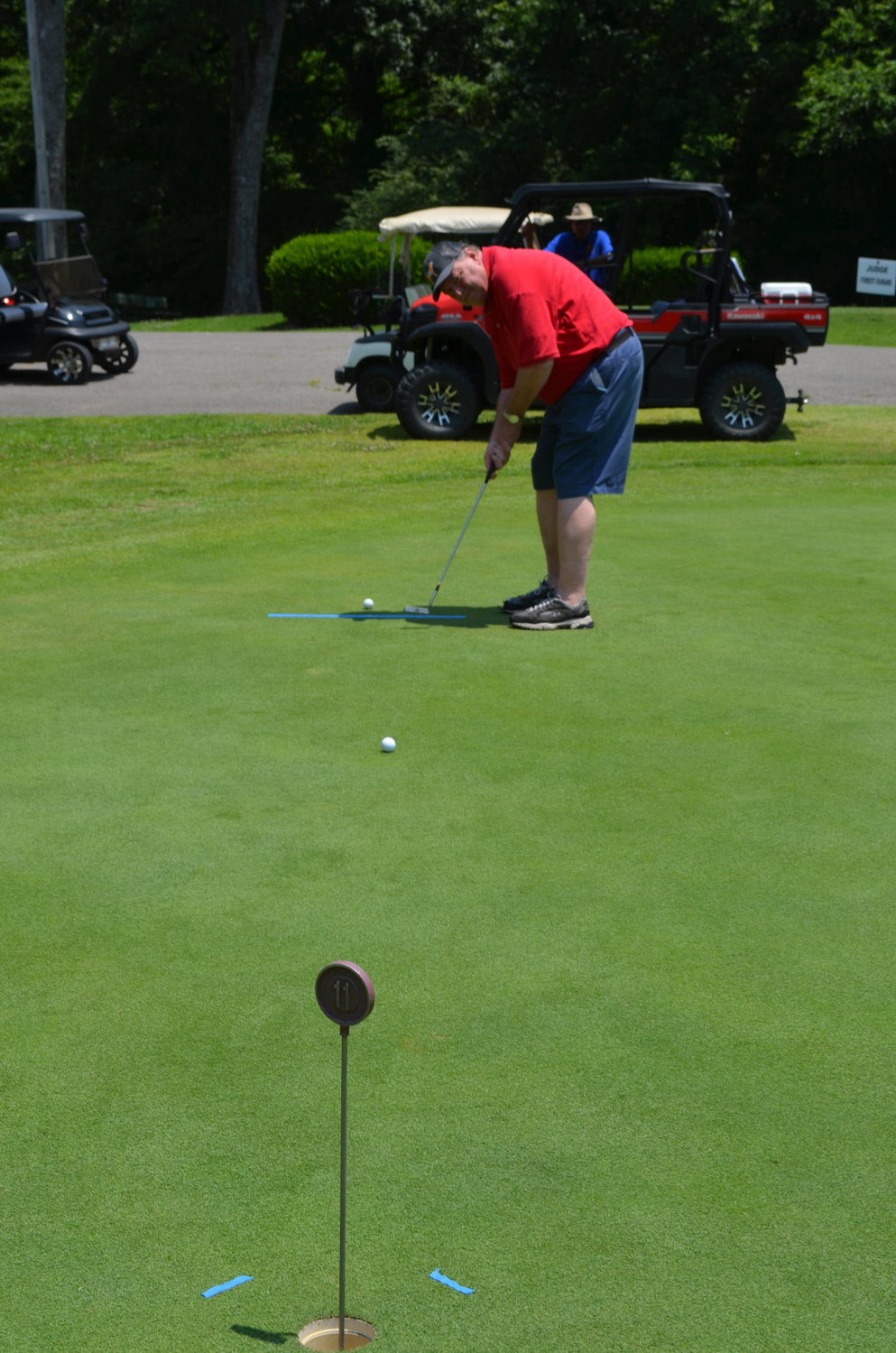 The tournament featured two sessions, each consisting of nine teams with a total of 72 players in participation.

While nobody hit the 50-foot putt, John Karby was the last man standing in the elimination round.