During the Forrest Rockets’ 2021 run that included a push to the Class 2A state quarterfinals, McCallister Wilson emerged as one of the team’s leaders.In the years leading up to his … 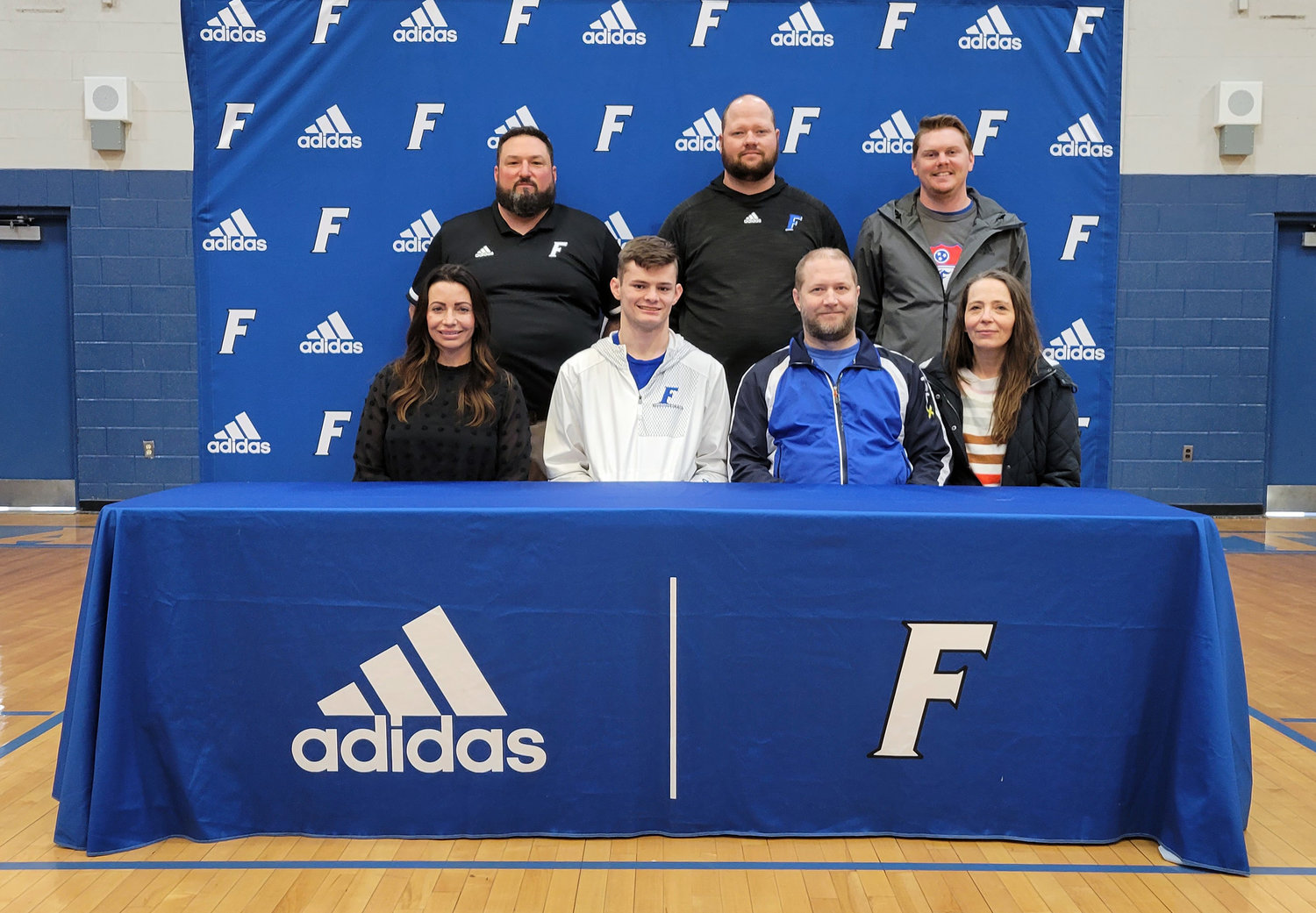 McCalister Wilson recently signed his letter of intent to continue his football career at The University of the South at Sewanee.
Tribune Photo by Chris Siers 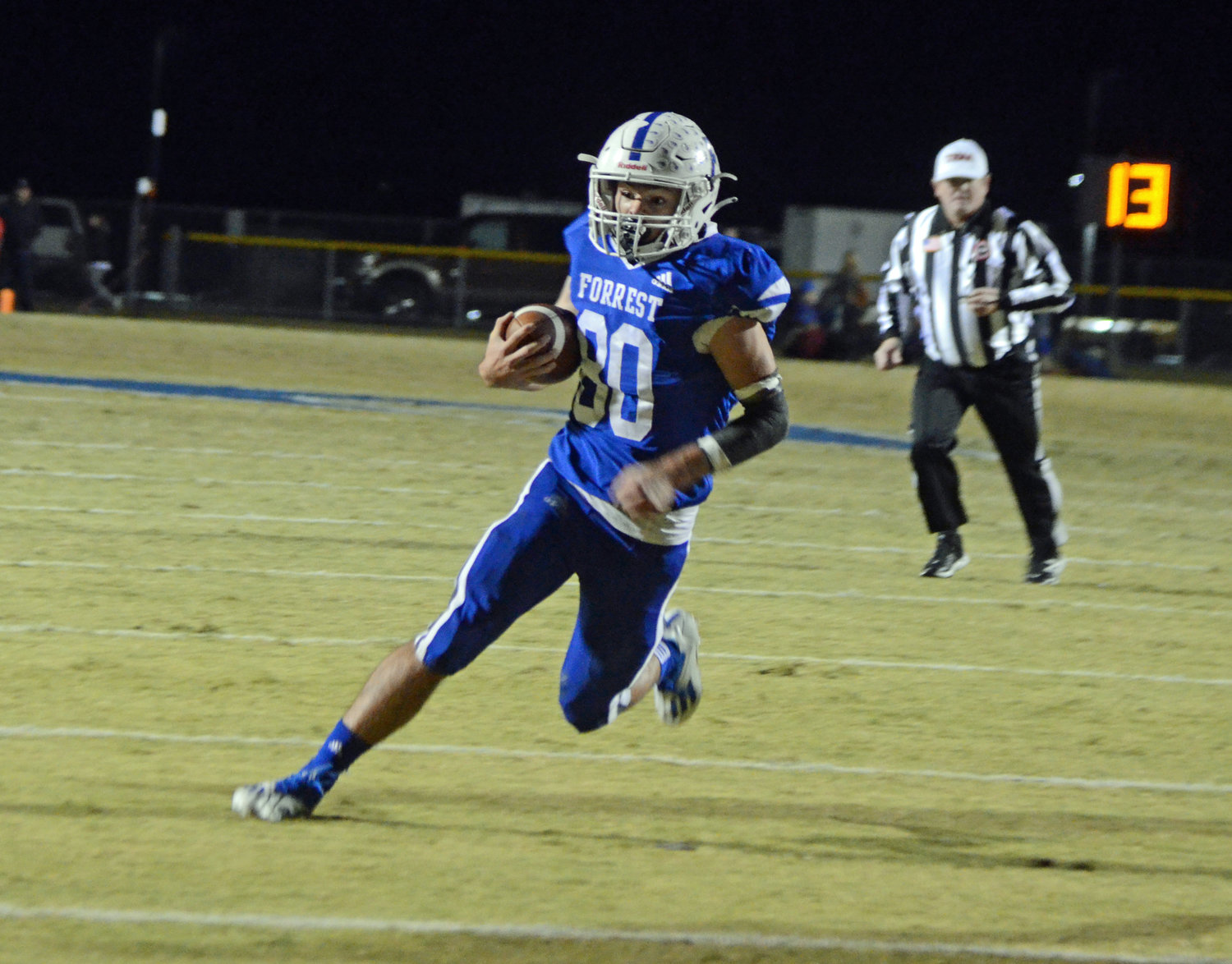 While playing for Forrest, Wilson was a key piece of the Rocket defense as outside linebacker.
Tribune Photo by Anthony S. Puca
Previous Next
Posted Tuesday, March 15, 2022 2:07 pm
By Chris Siers ~ sports@t-g.com

During the Forrest Rockets’ 2021 run that included a push to the Class 2A state quarterfinals, McCalister Wilson emerged as one of the team’s leaders.
In the years leading up to his senior season, Wilson earned the reputation as a leader for the Rockets due to his on-field play and his football I.Q.
All those components proved fruitful as Wilson signed his letter of intent to play football for the University of the South at Sewanee.
“I’m ecstatic being able to play football in college. I get to get away from home just a little, but I get to expand and make new friends and a brotherhood,” he said.
Wilson earned a living as an outside linebacker for the Rockets and helped the Forrest defense averaged just over 11 points per game last season.
“He was our leader. He has great leadership skills, he pushed the kids to work hard and held everybody accountable. He’s a great communicator on the field and he backed it up with his play, too,” Rocket coach Eli Stephenson said.
“It’s a great honor for him. He deserves everything. He’s one of the smartest players I’ve ever coached. He’s going to go far in whatever he decides to do.”
Having to navigate the college recruiting process in the era of COVID-19 is difficult for any student-athlete.
But when it came time to make a decision, the possibility of getting a top-notch education and the campus itself helped Wilson make his decision.
“It was a bit chaotic just because of COVID and everything happening. For the most part, I reached out to them and we just kind of fit and it went from there,” Wilson said.
“The campus is gorgeous and the education is one of the best in the state.”
Having played linebacker throughout his entire playing career, Wilson figures to fit in as a linebacker at the college level as well.
“I’ve been playing football since I was seven and I always played linebacker. It just always stuck with me throughout my career and I love it. They want me to play some kind of linebacker,” he added.
When it comes to making an impact at the next level, Stephenson believes Wilson has the football I.Q. to make an immediate impact for the Tigers.
“He’ll fit in because he’s a smart player. During the game, he might get beat one time, but you’re not going to beat him twice. He adjusts on the fly on his own.,” Stephenson said.
While the 2021 run to the state quarterfinals was memorable in itself, Wilson said some of his favorite memories came playing football in a pool during a team bonding event.
While he’s still several months from beginning his freshman season, he’ll begin workouts this summer before reporting for preseason workouts before the season begins.
Wilson plans to pursue a degree in the medical field or in business.
Sewanee competes in the Division III of the NCAA and is part of the Southern Athletic Association.