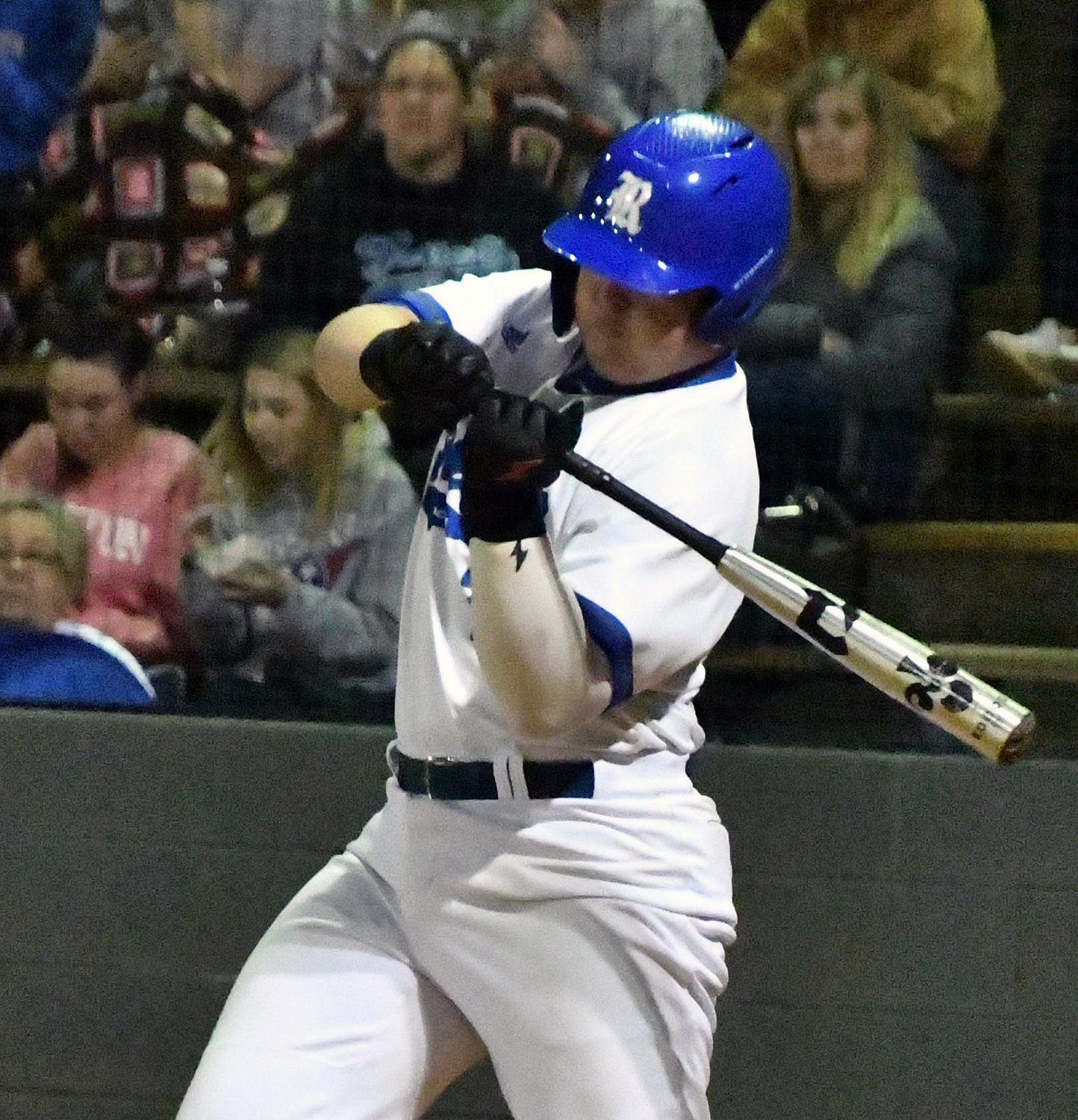 Braden Bowyer watches a pitch and walks in his at-bat for the Rockets.
Tribune Photo by Rickey Clardy 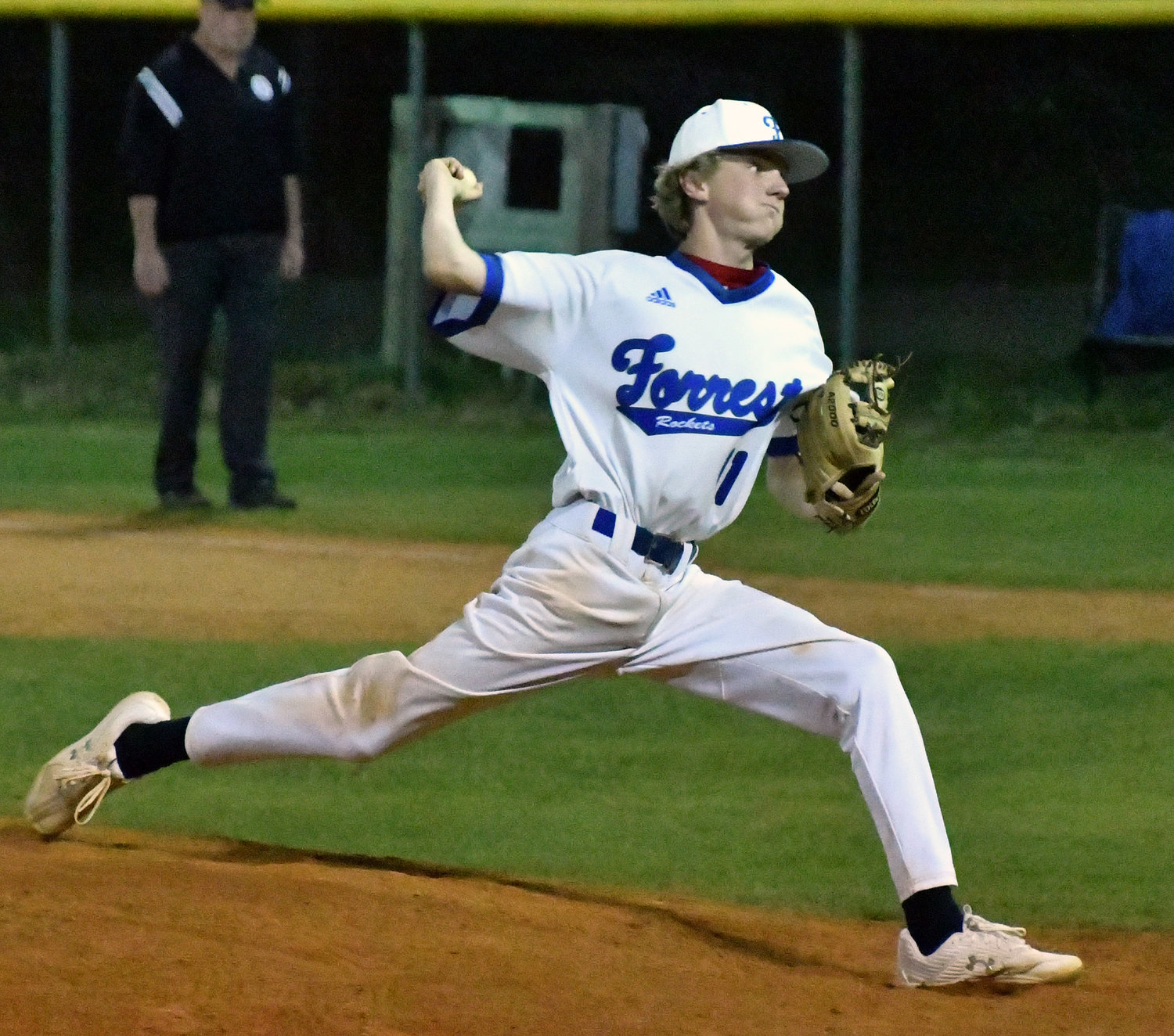 Austin Grubbs pitched in the final three innings to get the save for the Rockets.
Tribune Photo by Rickey Clardy
Previous Next
Posted Thursday, April 7, 2022 10:18 pm
By Rickey Clardy ~ Sports Writer

UNIONVILLE — The Forrest Rockets fell behind early to the Community Vikings before coming back with nine runs in the middle innings as the Rockets defeated the Vikings 11-5 in a District 7-AA baseball game Monday night.
The Rockets managed five hits but were the recipients of 10 walks as Forrest stayed unbeaten in district play.
Forrest took a 1-0 lead in the first inning with the help of two walks and an RBI-groundout by Kason Fuller.
The Vikings bounced back with three runs in the bottom of the inning.
Mason Russell's grounder drove in the first run while a Rocket error put Community up 2-1.
Drew Harris drove in a run with a sacrifice fly to end the first inning scoring as the Vikings went up 3-1.
The Rockets bounced back with three hits and two runs in the third inning on consecutive RBI-hits by Brennan Mealer and Fuller to tie the game at 3-3.
Forrest took the lead for good in the fourth inning.
A bases-loaded walk by Camden Vaughn and a sacrifice fly by Riley Durbin gave the Rockets a 5-3 lead.
The fifth inning was big as the Rockets expanded their lead with five runs. Mealer had the big hit with a bases-clearing double as Forrest batted around and took a 10-3 lead.
Community was not through and came back in the bottom of the inning.
Maki Fleming singled and was on base as Russell parked a pitch over the left field fence as the Vikings cut the Rocket lead to 10-5.
The Vikings went down in order in the final two innings as Forrest added an insurance run in the top of the seventh to complete the scoring.
Mealer and Fuller had two hits each to lead the Rocket 5-hit attack.
Russell's homer was the best of three hits for the Vikings.
Mealer started on the mound for the Rockets with Austin Grubbs in relief in the fifth.
Russell started for the Vikings with Dylan Norris and Gage Underwood in relief.
The second game of the series was rained out on Tuesday.