SMYRNA — It wasn’t the way anyone wanted the Class 2A state tournament to end.After torrential rains blanketed the field at Stewarts Creek during the tournament opener between Forrest and … 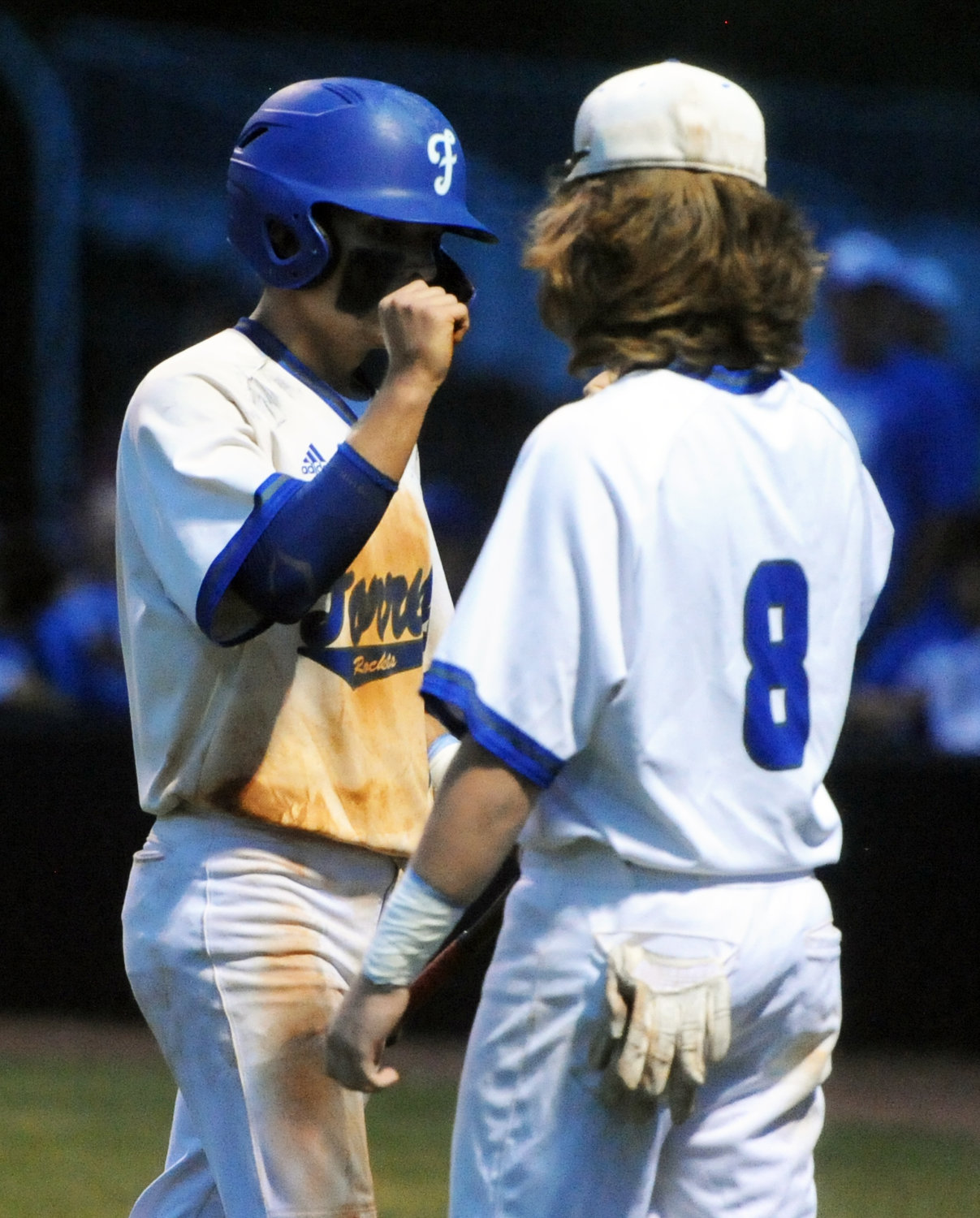 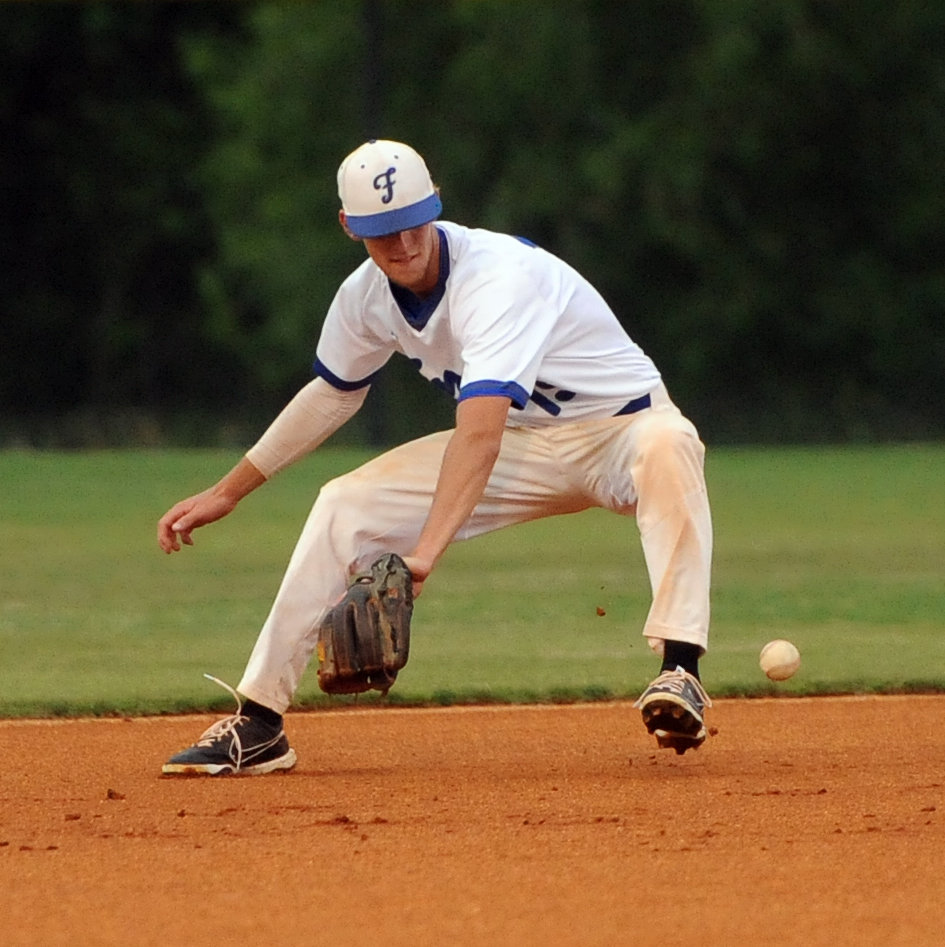 Short stop Kain Moses backhands a ball and fires the throw to first for the out.
Tribune Photo by Chris Siers 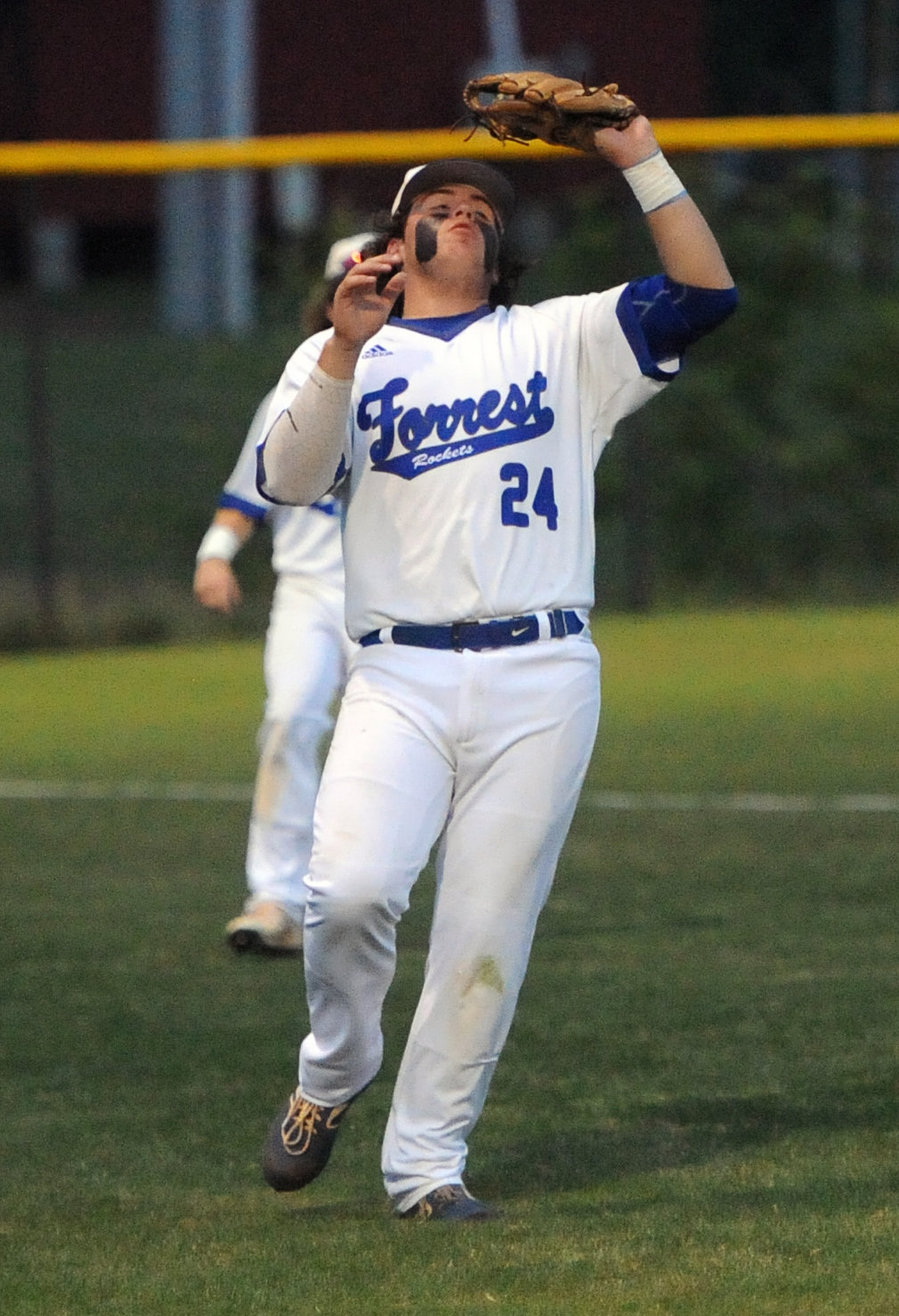 Kason Fuller puts the squeeze on a pop fly ball at third.
Tribune Photo by Chris Siers
Previous Next
Posted Wednesday, May 25, 2022 8:46 am
By Chris Siers ~ sports@t-g.com

SMYRNA — It wasn’t the way anyone wanted the Class 2A state tournament to end.
After torrential rains blanketed the field at Stewarts Creek during the tournament opener between Forrest and Riverside, and with the Rockets leading 1-0 in the bottom of the sixth inning, umpires deemed the field unplayable and due to constant lightning in the area, called the game, which advanced the Rockets within the winners’ bracket.
“I hate that. It’s in the rulebook the way that it is. We unfortunately had the exact same thing happen to us in the district tournament to us against Community last year. We’ve been been on the other side of this before and we know what it feels like,” Forrest coach Andy Burkett said.
“Our guys wanted every opportunity to finish the game the same as their guys, but ultimately it’s the umpires’ decision.”
Even though the umpires ultimately called the game early, Forrest put forth a solid effort on another stellar outing by Riley Durbin.
Durbin went 5 1/3 innings and gave up one hit, one walk and one hit batter.
Aside from that, the Panthers had no answer for the hard-throwing righty.
Durbin also got a solid effort behind him with several big plays made in the infield and a couple of diving plays made in the outfield.
“We had a fantastic game plan going in. We knew how we were going to play the outfield for the most part and our infield guys stepped up huge and did exactly what they needed to do,” Burkett said.
“I am very, very proud of our guys’ efforts tonight. We battled through some adversity and managed to get things in a situation where we were able to win the ballgame,” Burkett said.
Kain Moses worked the final 2/3 innings pitched and although Riverside drew a one out walk and doubled to center to put two runners in scoring position, the senior reliever punched out the final two batters of the inning to end the scoring threat.
“Durbin—you can’t say enough about Durbin. He goes 5 1/3 and stay under the pitch count and stay on two days rest in case we need him later in the tournament and Kain Moses came in relief with a huge strike out to give us an opportunity to be able to hit in the bottom of sixth. You want to put your guys in the best opportunity to win the ball game and they did just that,” Burkett said.
At this stage of the game, pitching management is paramount for any coach and as evidenced by the previous game that saw Pigeon Forge defeat White House Heritage, can pay dividends with allowing pitchers enough rest to be available later in the tournament.
“It’s brutal. I think this is what truly separates good teams from great teams. You saw it in the previous game with Pigeon Forge. They basically staffed the entire game and had certain guys on this rest and certain guys on that rest. You’re really rolling the dice when you do something like that. We did something a little bit different rolling Durbin for 70 pitches and then Kain for 15. It’s interesting to see how coaches play different ways. We’re lucky and fortunate to have been here before and kind of know what our game plan was going in,” Burkett said.
Forrest collected six hits off Riverside starter Jake Swindle.
In the bottom of the third, Andrew Timmons ground into a fielder’s choice and then scored from second when Durbin helped his own cause on a single to center field.
That lone run proved to be the difference in Tuesday night’s tournament opener.
In the bottom of the sixth, senior catcher Camden Vaughn doubled off Swindle to lead off the inning before the game was put on hold.
The Rockets advance in the winners bracket and will face Pigeon Forge, who outlasted White House Heritage, 8-6, in their tournament opener.