Mt. PLEASANT — It’s no secret the Forrest Rockets (3-7, 1-4) had a tough season, the onslaught of injuries only adding to the hardship.The Rockets’ season ended Friday night in … 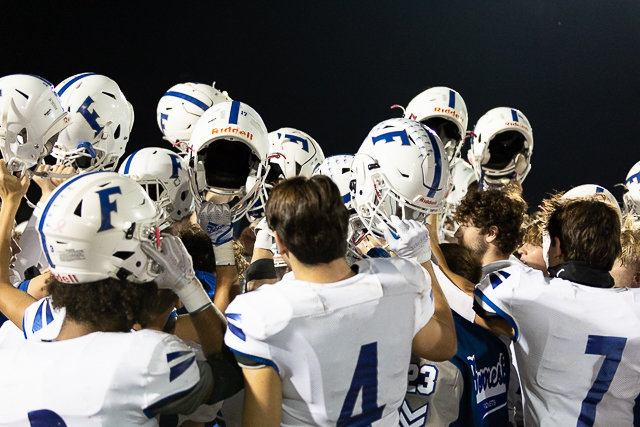 The Forrest Rockets break it down together for the last time.
Tribune Photo by Kacy Kincaid 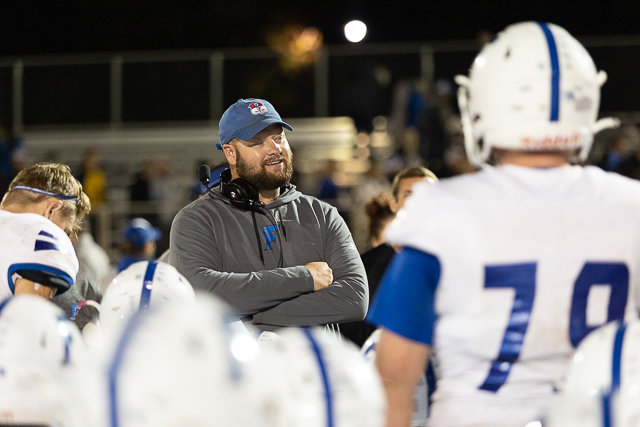 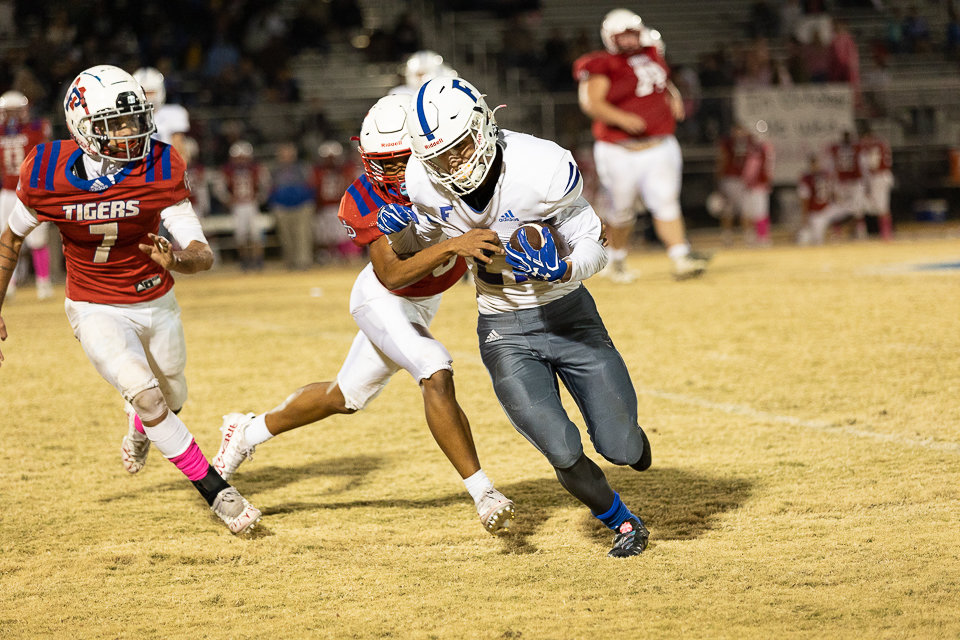 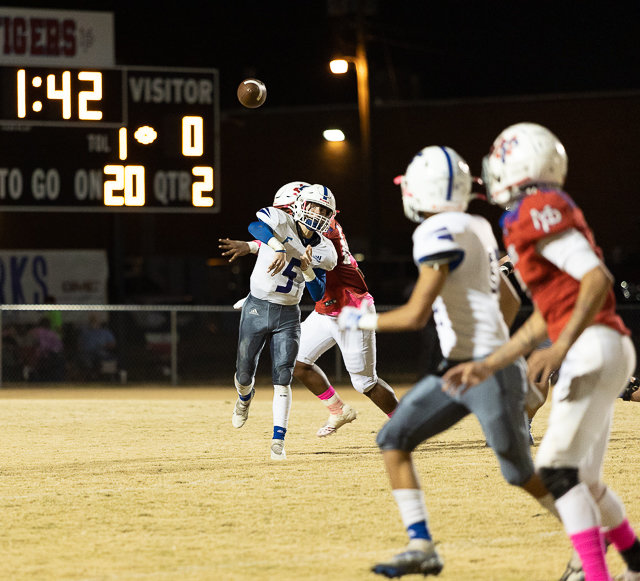 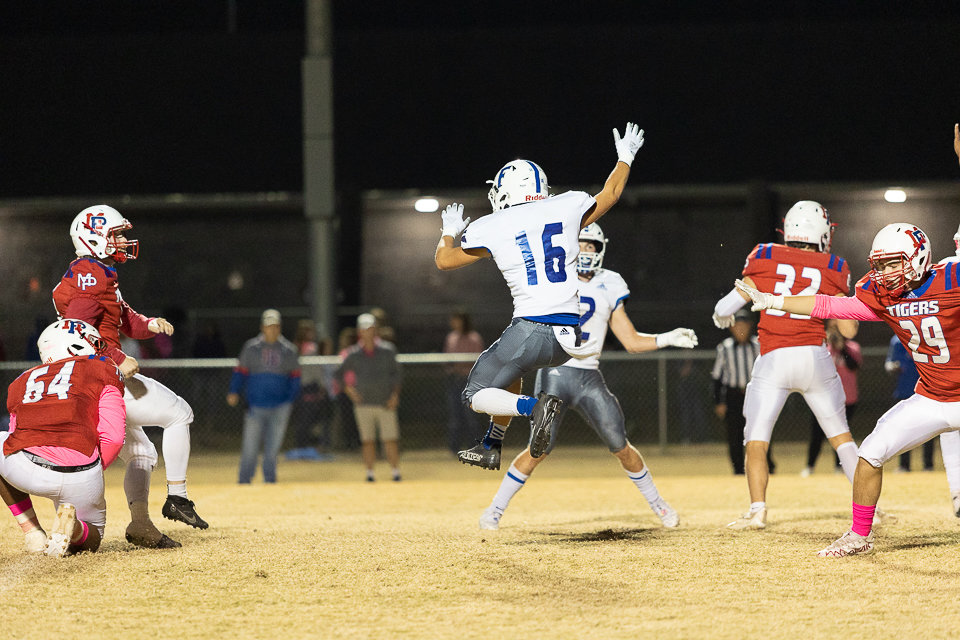 Mt. PLEASANT — It’s no secret the Forrest Rockets (3-7, 1-4) had a tough season, the onslaught of injuries only adding to the hardship.
The Rockets’ season ended Friday night in Mt. Pleasant, where they took on the Tigers (8-1, 5-0) in a region matchup and fell in a 41-0 shutout.
Although the Rockets had a few good plays scattered throughout the game, most of the night did not go their way, unable to execute in Tigers territory.  On the first drive of the game in a third down situation, freshman quarterback Ryan Hill completed a 45-yard pass to senior Chris Davis, putting Forrest on Mt. Pleasant grounds early on.
Two penalties and a sack gave possession to the Tigers.
Covering 50 yards in nine plays, Mt. Pleasant scored the only touchdown of the quarter, Austin Hicks diving in from the one-yard line.
The Rockets started the second quarter with a punt, and on the next play for the Tigers, Hicks went on an 82-yard trek to the opposite end of the field, bringing the score to 14-0 after the extra point kick from Jackson Collier.
It took only four plays before the Rockets punted the ball away again, catching somewhat of a lucky break when Darien Meza’s lengthy run was called back due to a penalty against Mt. Pleasant, starting them on their own six-yard line.
But the Tigers clawed themselves out of a third down hole from their own one-yard line, with quarterback Nick Brown getting the first down on a 16-yard run.
Four plays later Brown connected with Meza on a 47-yard pass to put the Tigers in Rockets territory.
It was Hicks again who went on a 21-yard run to score his third touchdown of the evening. Collier’s kick was good, and Mt. Pleasant found themselves with a strong lead of 21-0 with 5:03 left in the half.
Forrest just couldn’t find their footing, turning the ball over on downs on the next possession, the Tigers taking over on the Rockets 29-yard line.
Within a handful of plays, Mt. Pleasant’s Zavier Davidson crossed the goal line, putting the Tigers up 28-0 after Collier’s kick.
The score held for the rest of the half.
In just over a minute into the third quarter, Davidson found the end zone yet again. Collier remained on point, giving the Tigers a death grip on the lead, 35-0.
Another Rockets turnover resulted in a 29-yard touchdown run from Brown with 7:04 left in the third quarter. The extra point was no good, making the final score 41-0.
Hill, Levi Van Patten, and Antonio Marable came together in the quick-moving fourth quarter, including a Tigers fumble recovery by Senior Jordan Bishop, with a solid attempt to put some numbers on the board, but fell short.
“They kept fighting all season,” Forrest head coach Eli Stephenson said.
“They never gave up, and that means a lot. That’s one reason Chapel Hill is so special. We have great kids that love to come to work. I got to watch these seniors grow up and become great young men. That’s the reason why I coach. They made coaching enjoyable for me, and I tried to teach them something besides football these years I’ve had them.”