Rockets storm through season, get robbed in playoffs The Forrest Rockets are coming off tying the mark of 10-0 (1980) for the most successful regular season in school history as they marched undefeated through the 2019 schedule, capping off the unblemished campaign by winning the Region 5-AA title with a big 16-13 win over Lewis County in the regular season finale at the Murrey E. Holton Memorial Field in Chapel Hill... 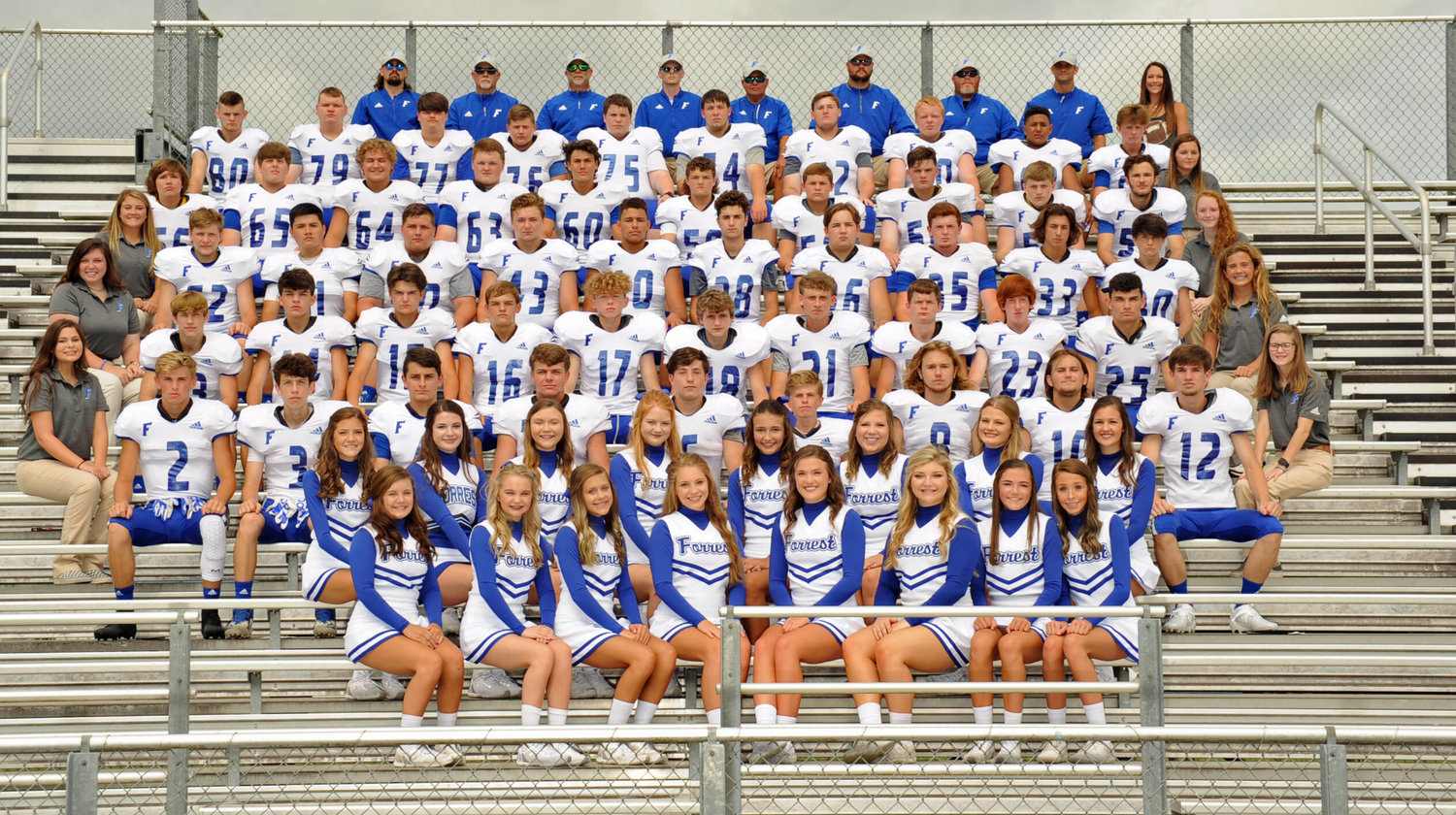 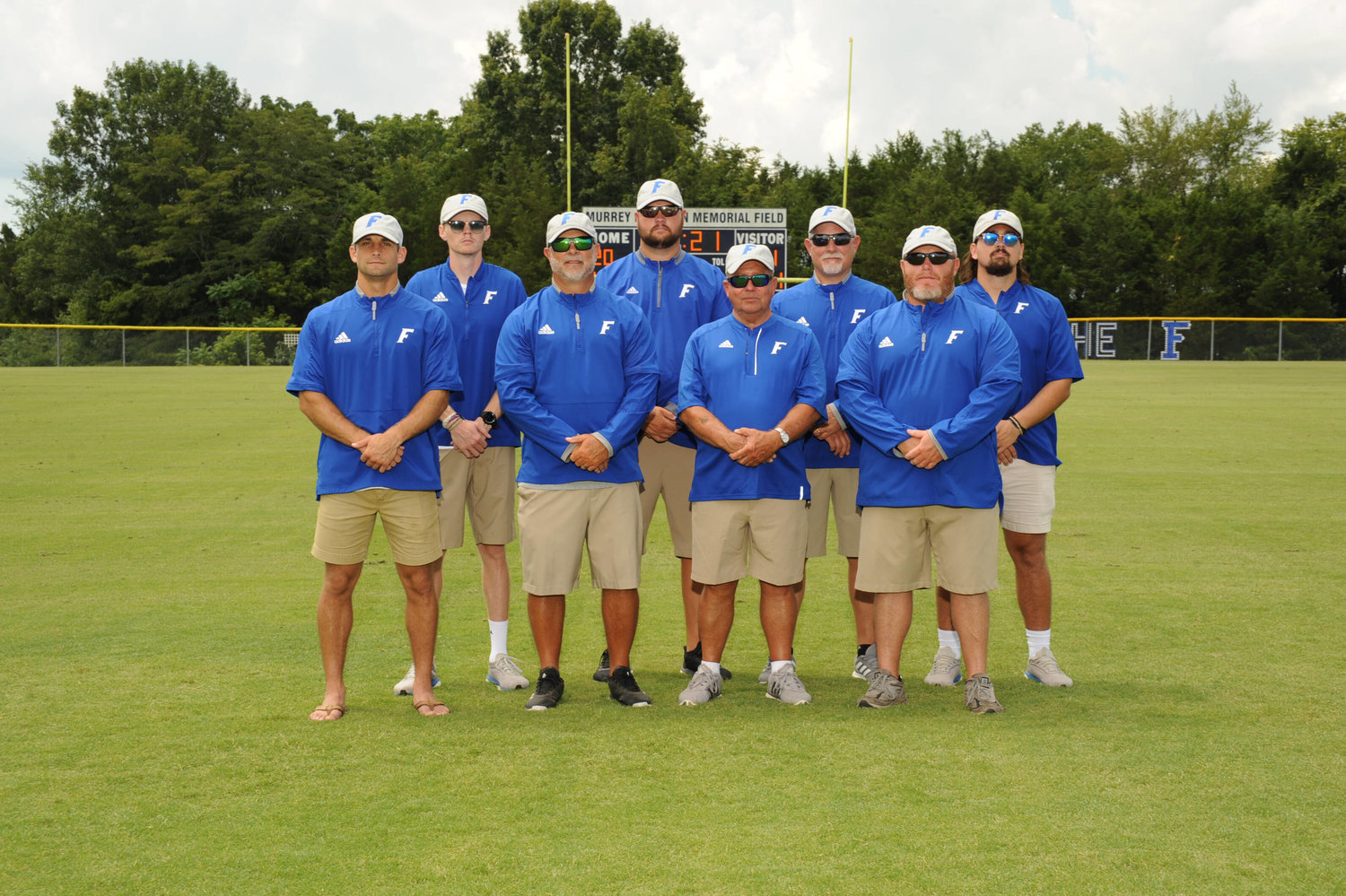 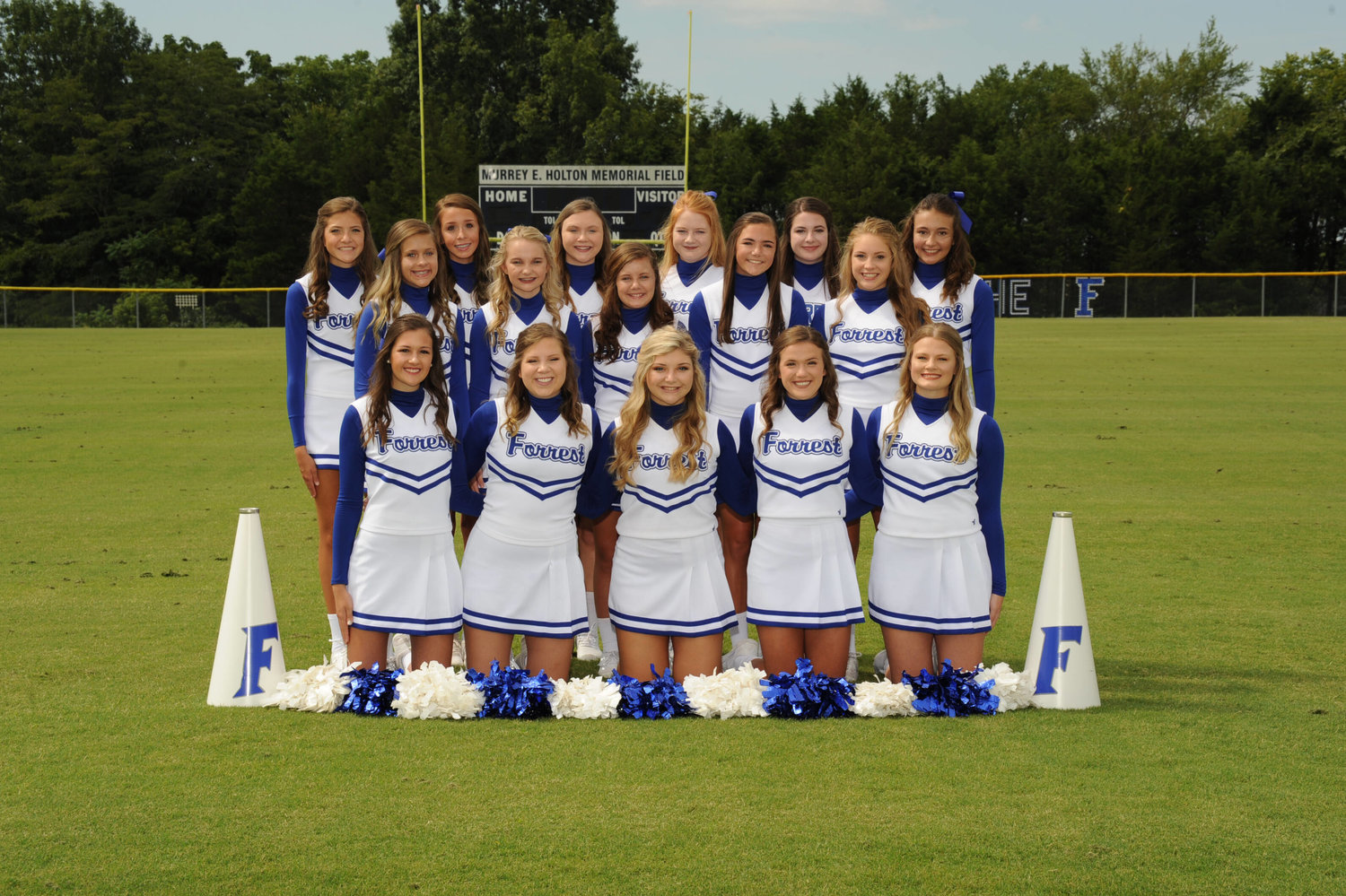 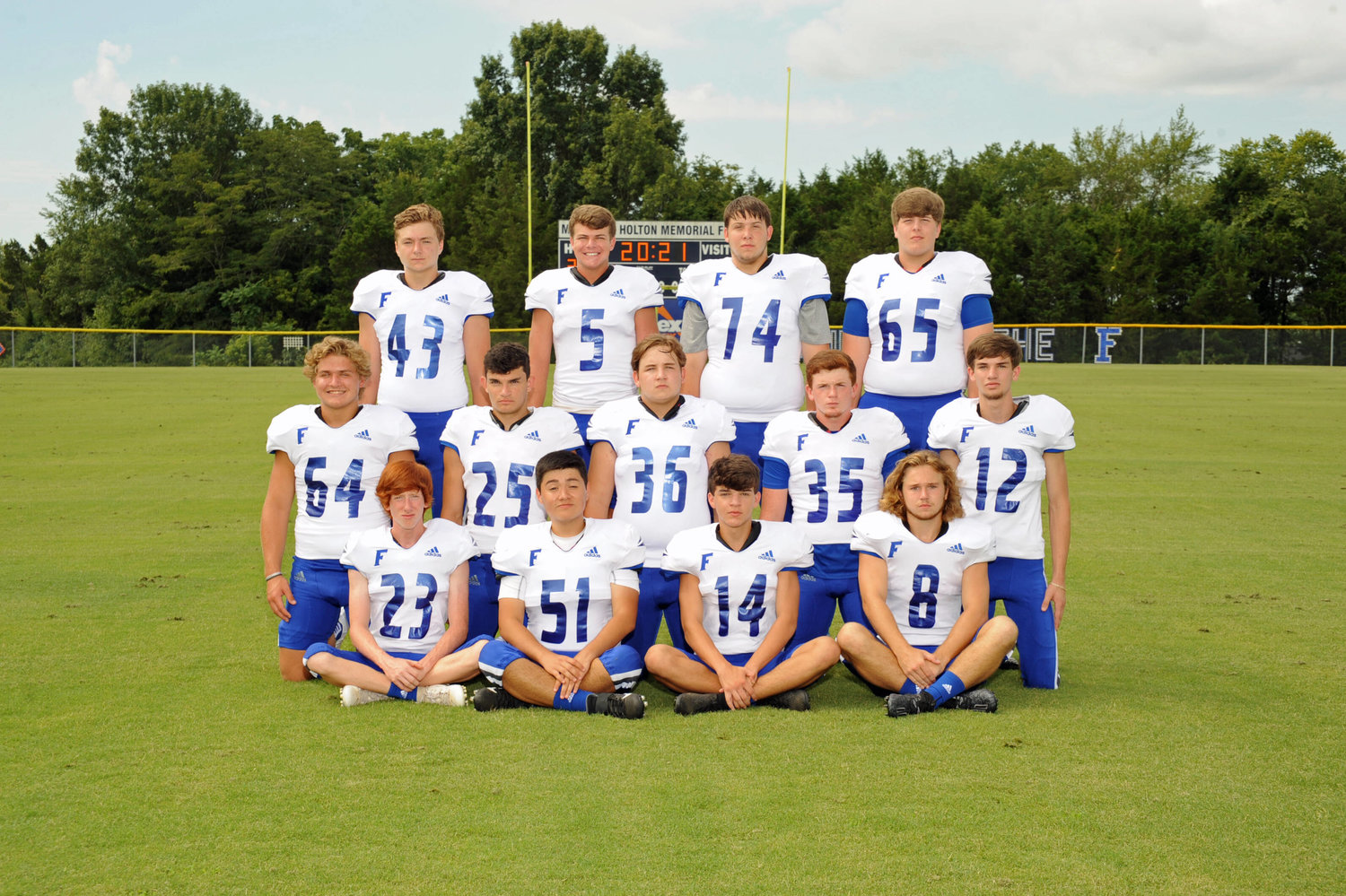 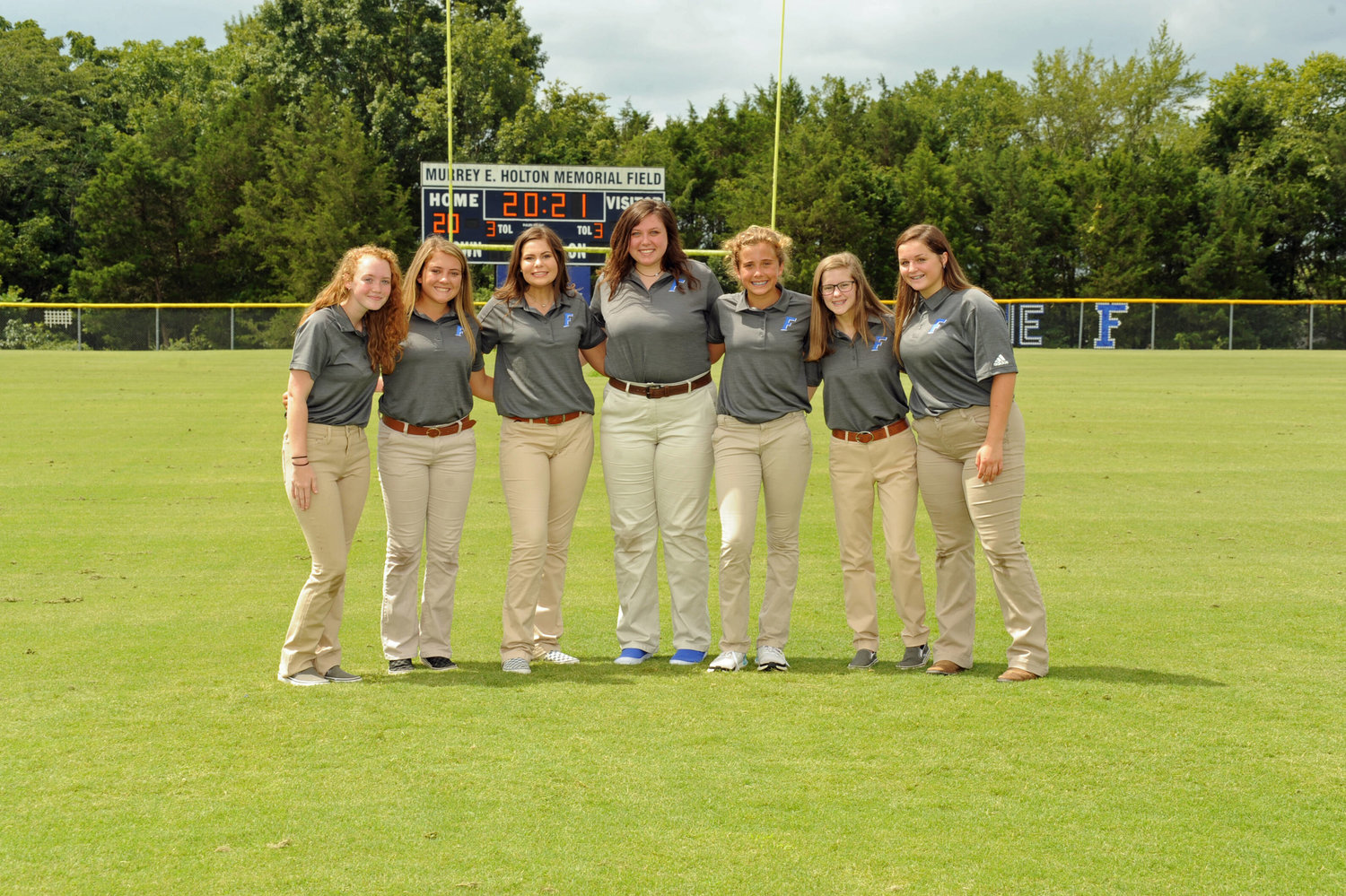 Rockets storm through season, get robbed in playoffs

The Forrest Rockets are coming off tying the mark of 10-0 (1980) for the most successful regular season in school history as they marched undefeated through the 2019 schedule, capping off the unblemished campaign by winning the Region 5-AA title with a big 16-13 win over Lewis County in the regular season finale at the Murrey E. Holton Memorial Field in Chapel Hill.

The Rockets hammered Hickman County 37-7 at home in the first round of the Class 2A playoffs before breaking the all-time school win mark of 11 (2016) victories as they moved to 12-0 with a 32-6 blowout win over archrival Eagleville at Chapel Hill.

They got robbed by two lousy calls late in the game and their season was over in a 21-15 loss.

Formula for success stays the same

It may be hard to match that success, but Forrest head coach Eli Stephenson is taking the same approach he did last year, saying, “We’ve got to play our brand of football….fast and physical.”

“We’ve got to be fundamentally sound and physical in all three phases of the game. If we do that, we will be successful.”

Leading up to opening night tomorrow versus East Robertson at home, the Rockets have been going through a roller coaster of emotions, not knowing if all their hard work would actually pay off on the gridiron.

“To be honest it felt like Groundhog Day, but when we got the news to play Week 1, the players and coaches are excited to play versus East Robertson,” Stephenson said.

Asked if he thought the season would get to play out in full, Stephenson said, “I’m taking it one week at time, looking forward to East Robertson on August 21.”

The third-third year head coach also talked about the health precautions in place to combat the spread of COVID-19.

“There will be temperature checks and requirement of wearing a mask into the game,” Stephenson said. “We will follow the protocol of Marshall County Schools.”

The Rockets lost a ton of great players from the stellar squad, but the cupboard is certainty not bare and Stephenson believes a lot was learned by the underclassmen last year as they saw the formula for success in action by paying dividends in the win/lost column.

“We did lose some good players, but they set the standard here for us at Forrest. They showed our players, especially our junior and senior players what it takes to win ball games on Friday night.”

Stars return, more on the horizon

Kirby is in his final season as a Rockets and is coming off a big 2019 campaign when he completed 48-of-77 passes for 744 yards and six touchdowns, while throwing only two interceptions.

Along with Pendley, senior classmate Joseph Whitaker will be in the backfield this year with sophomores Brenton Burchell, Micah McClendon, and Tayton Swift.

Swift comes back as the second leading rusher for the Rockets, gaining 129 yards on 29 carries and one touchdown in 2019.

Freeman ran for 191 yards and two TDs, Whitaker ran for 92 yards and a score, Pendley had 79 yards and one touchdown, and Kirby ran for 93 yards and scored five touchdowns.

Senior Layne Bowman and junior Christian Hammond are the starting wide outs and the offensive line is anchored by Hill, who will be joined by Bowyer, Strasser, senior Reese Thrasher, and a ton of guys fighting for the final spot and a chance to be in the rotation.

Neither Bowman nor Hammond caught a pass last season.

The only returning players on the roster who had a reception last year are Freeman and Whitaker, who each caught one ball out of the backfield.

Hill (preseason all-state), Pendley, and McCalister will lead a talented group of linebackers for the Rockets, while Kirby starts at free safety and Swift mans the strong safety position.

At corner, there is position battle in the works with Burchell, McClendon, Asa Nance, and Ben Villazon all vying for the two spots.

Kirby led the returning players in tackles last season with 41, Hill was next with 38 takedowns and two sacks, Bowman and Strasser had 18 tackles apiece, Freeman 16, McClendon 12, Swift 11, and Pendley had five.

Freshman Gavin Grissom takes over the placekicking duties while Freeman and Swift will be the kickoff returners and McClendon and Kirby will handle the punt return duties.

Forrest takes a 4-1 record versus East Robertson in to the season opener, including the last four wins in a row by a combined score of 159-61.

“This is the second year for coach (Atlee) Pond,” Stephenson said. “They got better each week under his leadership last year.”

“I see them coming in being physical and sound with a great athlete returning from last year, (quarterback) Taylor Groves.”

Asked what it would be like when the Rockets finally take the field on Friday night, Stephenson said, “There is no greater feeling than playing under the lights on Friday night at ‘The Rock’.”

In Week 2, the Rockets finish up the home and away series at 4A Portland.

Eagleville comes to Chapel Hill in Week 3 to kick off the Region 5-AA slate and the Eagles will have a baste taste in their mouths after suffering two losses to the Rockets last season, including a season-ending second round playoff loss.

Forrest’s two straight wins over the Eagles followed two consecutive defeats, but they have won six out of the last 10 versus their nearby neighbors from Rutherford County.

The Rockets entertain historical rival Moore County for Homecoming on 9/11 and have beaten the Raiders five straight times after suffering years of losses versus Lynchburg.

Moore County, which has made 29 playoffs appearances and have two state runner-up finishes (1988 and 1999), missed out on the playoffs last season.

In the middle part of the season, the Rockets hit the road in back-to-back weeks at region foe Loretto in Week 5 and a non-conference matchup at Lawrence County in Week 6.

The Rockets are 3-0 versus Loretto since the Mustangs became a Region 5-AA member in realignment and Forrest belted Lawrence County 37-7 at Chapel Hill last year.

A Week 7 matchup versus the Summertown Eagles at home will be crucial to the Rockets’ success this season as the two squads have engaged in a knock em down beat em up two-games series at Summertown over the last two seasons with Forrest winning by a seven-point margin both times.

A much-needed bye week follows the Summertown game before the Rockets travel to Community to take on a Vikings squad they have never lost to.

Forrest is 13-0 all-time versus Unionville with the majority of the wins coming in blowouts.

In the next to the last week of the regular season, Forrest takes on another hated rival in Cascade, who have lost six straight to the Rockets.

The Champions have been in a playoff drought since 2014, while Chapel Hill has not missed the postseason since 2008.

Over the last three seasons, Forrest’s final opponent of the season has either won the region or finished second this year and the Lewis County contest may be for the same two spots this year.

The Rockets beat the Panthers in a close 16-13 win to cap off the undefeated last year after losing two straight to Hohenwald.

There is no reason to believe that Lewis County will not be strong again as they have 28-straight post season appearances.

Asked what his expectations are for the Rockets this season, Stephenson said, “My expectation is to be fundamentally sound and physical.”