Rockets battle storm, win one and another unfinished

There is no clock in baseball, but Mother Nature waits for no one and she was knocking on the door Wednesday night as the Forrest Rockets hosted the Grundy County Yellow Jackets in a District 7-AA …

Rockets battle storm, win one and another unfinished 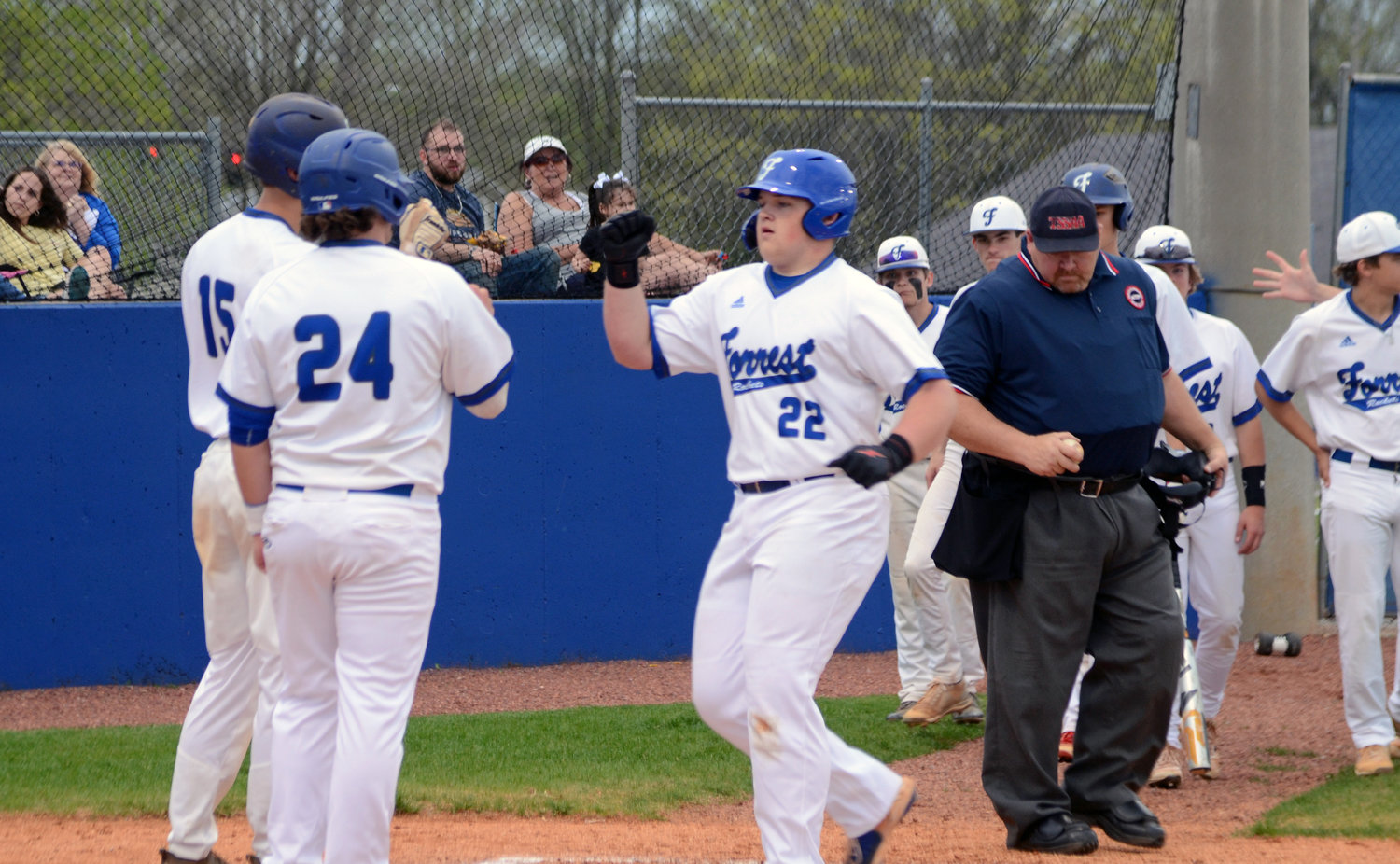 Braden Bowyer meets his teammates at home plate after belting a three-run homer in the second inning to put the Rockets up 11-0.
Tribune Photo by Anthony S. Puca 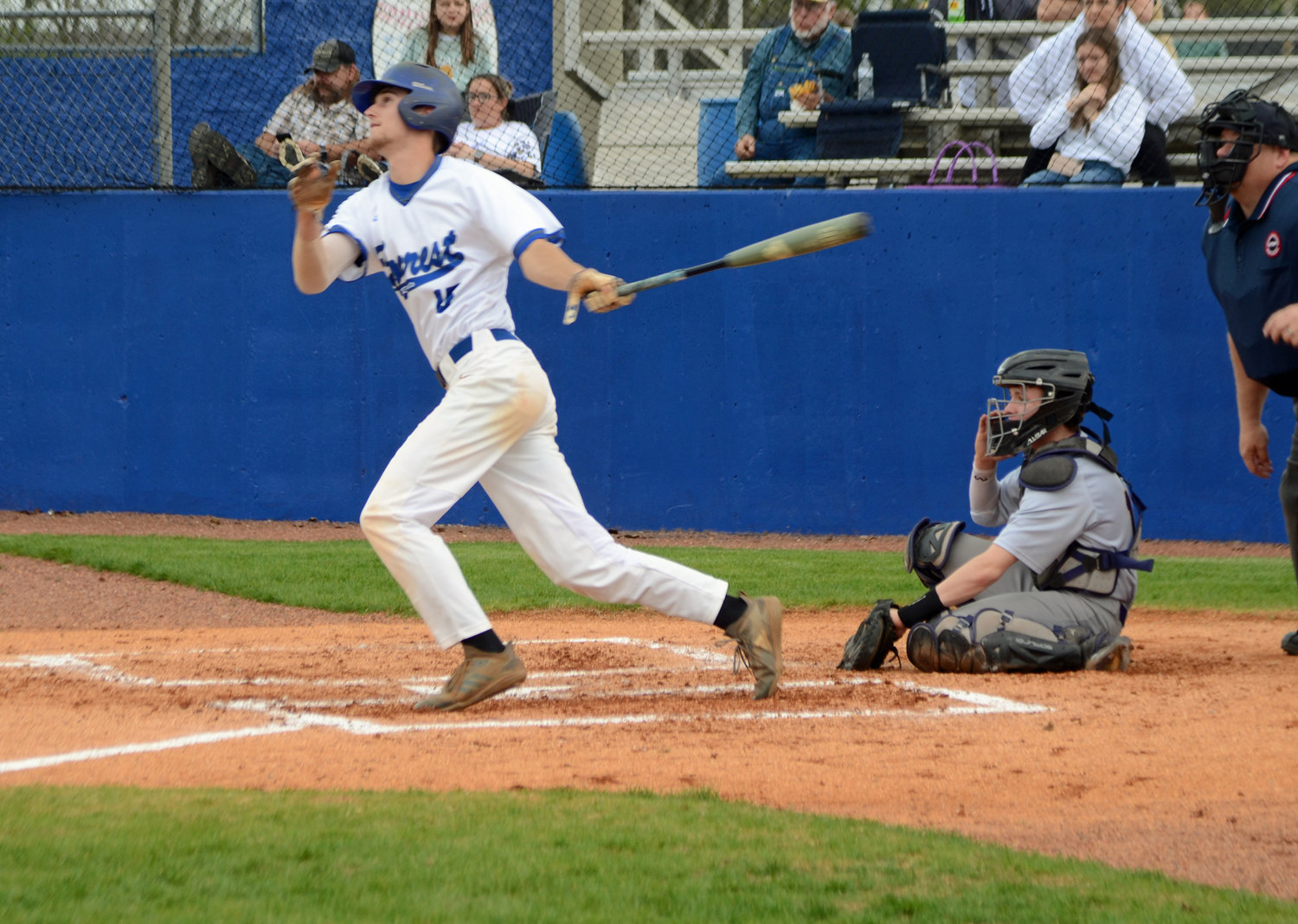 Kain Moses drills a three-run home run in the bottom of the first inning to make it a 4-0 contest.
Tribune Photo by Anthony S. Puca
Previous Next
Posted Thursday, April 14, 2022 10:04 am
By Anthony S. Puca ~ Sports Writer

There is no clock in baseball, but Mother Nature waits for no one and she was knocking on the door Wednesday night as the Forrest Rockets hosted the Grundy County Yellow Jackets in a District 7-AA doubleheader.
The two squads were scheduled to play a pair of five inning games as the bad weather loomed over Chapel Hill from the west.
In Game 1, Forrest took care of business in a hurry, run-ruling the Yellow Jackets 16-0 in just three innings.
Brennan Mealer picked up the win on the mound for Forrest as the southpaw did not give up a hit and struck out six in two innings of work on the hill.
Riley Durbin pitched the third inning for the Rockets and gave up a pair of hits and struck out one Grundy County batter.
Forrest had eight hits in the game with two three-run home runs as Kain Moses drilled his long shot over the left/center field fence in the first inning and Braden Bowyer went deep over the right field fence in the bottom of the second inning.
Moses and Carter Walk (2RBI) had two hits apiece in the contest while Riley Durbin, Mealer, Bowyer, and Kasen Fuller all had one hit apiece.
Durbin drove home two runs and Fuller was hit by a pitch twice and scored three runs.
After only about a five or 10-minute break in between games, the second contest got underway with Grundy County as the home team and the Rockets batting first.
Forrest scored a first inning run and plated seven more runs in the second inning and another run in the top of the third before lightening was seen and the game was suspended with the Rockets leading 9-0.