Robert Eugene (Bob) Hock of Columbia, TN, died with his family around him on August 5, 2022, at Vanderbilt University Medical Center after a fall at his home. He was 78 years old. 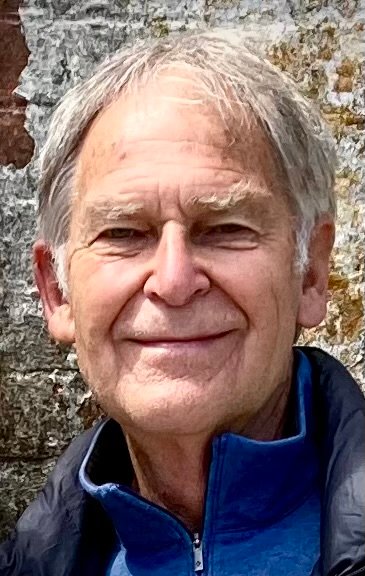 Robert Eugene (Bob) Hock of Columbia, TN, died with his family around him on August 5, 2022, at Vanderbilt University Medical Center after a fall at his home. He was 78 years old.

He was born on Nov. 18, 1943, in Harvey, IL, to Robert John and Lorene (Bryant) Hock. He graduated from Thornton High School, attended Eastern Illinois University, and worked in various retail sales and management positions until retiring from Lowe’s in 2008.

Bob Hock was a man of many passions. He loved his family, his friends, numerous dogs, a duck, and several cats; “Da Bears,” the Chicago Blackhawks, the Tennessee Titans and – especially – the Nashville Predators. He was a high-energy individual who explored America’s back roads on at least seven different motorcycles; a self-taught mechanic who (with help) restored a fire-engine red ’41 Ford; an avid sailor occasionally cursed by balky motors and leaking hulls; an exacting craftsman who constructed a large and elaborate HO-scale train layout in his basement; and, in recent years, a beekeeper. He had a huge heart, a goofy sense of humor and an instinctive drive to jump in and help others any way he could.

Mr. Hock was preceded in death by his parents and by his twin children, Kelly and Kurtis, who died in infancy.

Services will be held at 11 a.m. on Saturday, Aug. 20, 2022, at First Presbyterian Church, 122 North 2nd Avenue (on the square) in Lewisburg, TN. Visitation with the family will begin at 9 a.m. in the sanctuary and continue until the time of the service. Because Mr. Hock willed his body to the Anatomical Donations Program at Vanderbilt University Medical Center, interment of his ashes will take place at a later date.

Among the organizations whose work was meaningful to him were the Nashville Rescue Mission (nashvillerescuemission.org), Friends Life Community (friendslife.org), and First Presbyterian Church (122 2nd Ave. N, Lewisburg, TN 37091). Gifts in his memory may be made to any of these or to a charity of the donor’s choosing.

Family members express their gratitude to the Maury County EMS team that answered the call, to VUMC’s LifeFlight pilots and personnel who provided transport, to those who gave care and comfort in the Vanderbilt Trauma Center and the Palliative Care Program, and – especially – to Dr. Mohana B. Karlekar, Bob’s physician and the chief of Palliative Care, who guided the family through his last difficult days.