Mustangs down, two more to go for Lady Rockets

After corralling a Mustang in the morning, the Forrest Lady Rockets face the daunting task of taming a tornado twice in the afternoon.

Mustangs down, two more to go for Lady Rockets 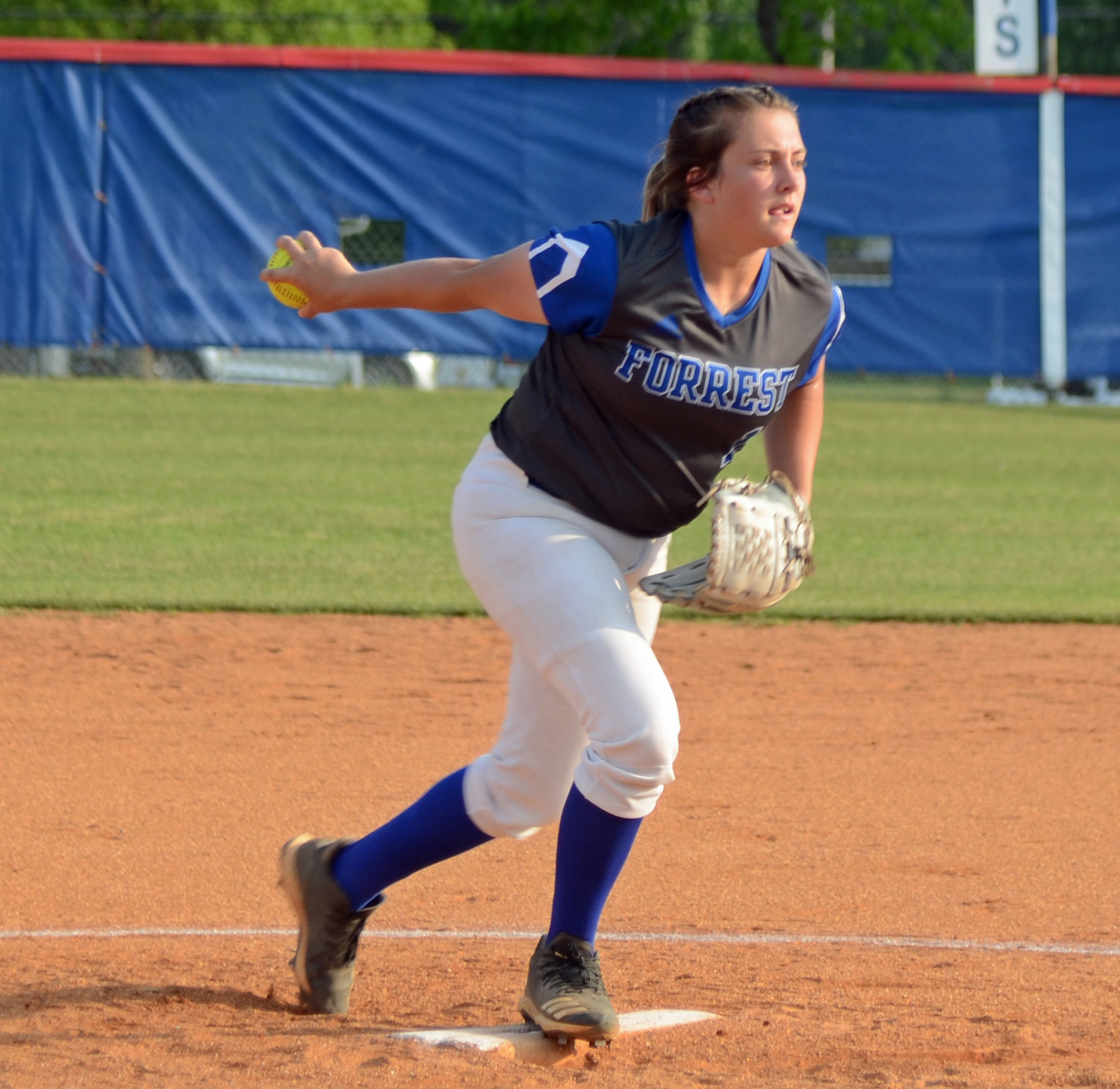 Forrest junior Julie Williams picked up a complete game win the circle for the Lady Rockets, who defeated Loretto 4-3 in the loser’s bracket final Saturday morning at the Spring Fling XIX in Murfreesboro.
Tribune photos by Anthony S. Puca 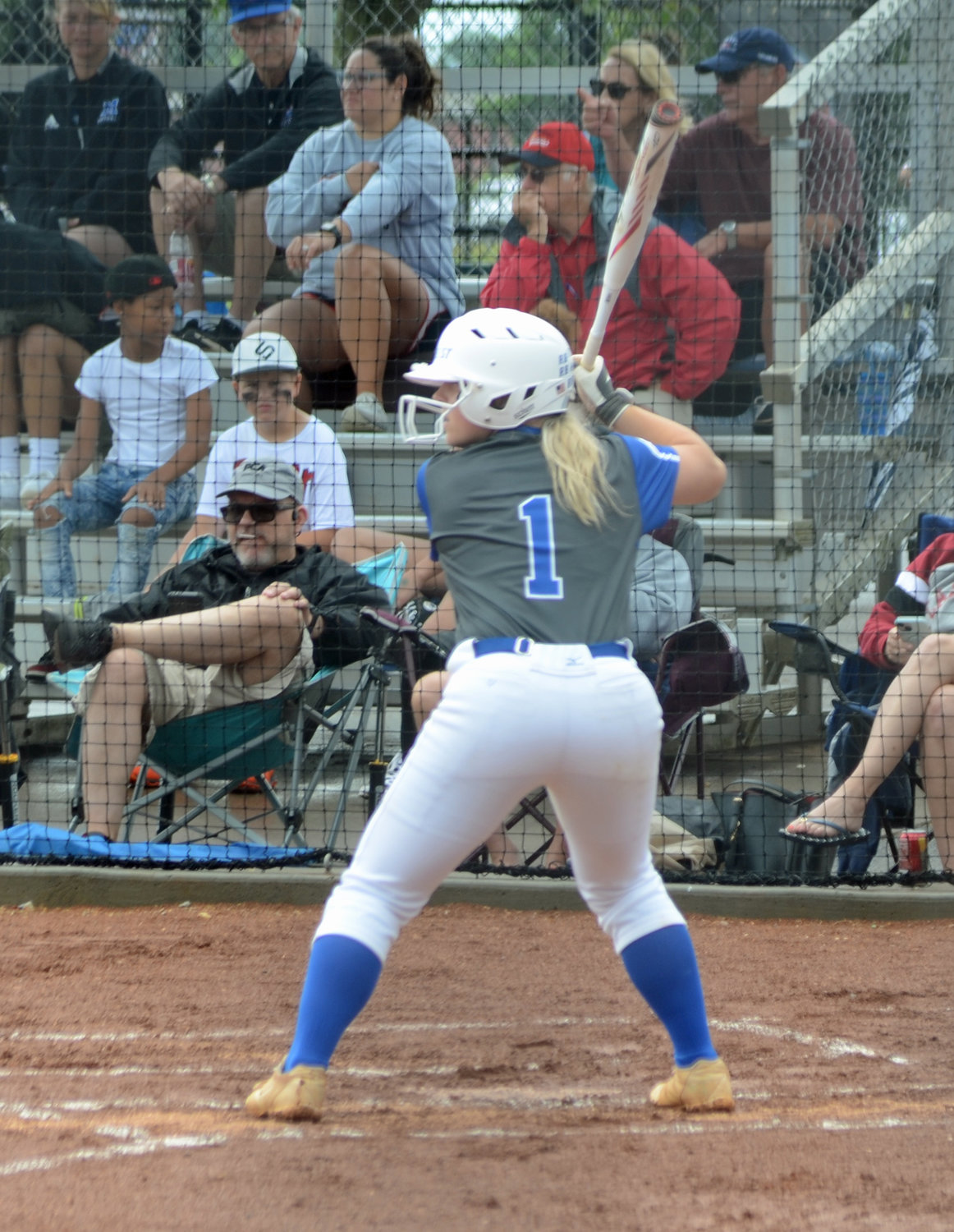 Christa Warren slammed a go-ahead two-run homerun in the bottom of the fifth inning for Forrest.
Previous Next
Posted Saturday, May 28, 2022 1:06 pm

“So right here, it is the best out of three games and if they can beat us in two of the three, hats off to them and they are the best team in the state, so that is the way we are looking at it and they are game one.””
Forrest coach Shelby Lightfoot
By Anthony S. Puca Sports Writer

After corralling a Mustang in the morning, the Forrest Lady Rockets face the daunting task of taming a tornado twice in the afternoon.

Forrest handled Loretto 4-3 in a morning loser’s bracket final at the Spring Fling XIX in Murfreesboro and will get a re-match with Alcoa, who is unbeaten in the tournament entering the championship game.

Forrest junior Julie Williams turned in a gutty performance in the circle, tossing a complete game, giving up three runs on 11 hits while striking out three and walking three Lady Mustang batters.

Williams worked her way out several tight jams in the contest as Loretto had 11 hits, but also left 11 runners on base, including two-on, two out nerve wreckers in first, third, fourth, fifth, and sixth innings.

“She gave up a solo home run and that was the best hitter on their team and we knew that and it really didn’t hurt us there,” Forrest coach Shelby Lightfoot said. “She kept them under five and gave us a shot.”

The Forrest defense, which committed six errors in yesterday’s winner’s bracket final, made just one miscue versus Loretto, but it did not cost them.

“It was better today, we still feel like we were ahead in the count and gave up some big hits and still a few errors here and there,” Lightfoot said. “I think our errors today was offensively when we got runners on and just not score them. We did what we had to, but we still feel like we could have done better at the plate.”

On offense, Christa Warren came up with a huge long knock, hammering a two-run, go-ahead homerun in the bottom of the fifth inning.

“She has been having great BP’s, we changed her stance a little to see if that could help her,” Lightfoot said. “She has kind of just miss-hitting, I could tell on her first at bat when she had that hard ground ball that she was feeling it, her attitude has been great today and she came up big.”,

Loretto loaded the bases with no outs in the top of the first inning and only came away with one run with Williams notching an inning ending strikeout.

Forrest got on the board, going ahead in the bottom of the second inning as Leslie Bartoli drew a one out base on balls and went to second on a Carli Warner sacrifice bunt before scoring on a Loretto error as they misplayed an Addison Bunty bunt.

Briley Burnham knocked in Bunty from third with a fielder’s choice RBI.

With two outs in the top of the third inning, Briley Dover smashed a solo homerun over the center field fence, tying the game at 2-2.

In the home half of the frame, Forrest loaded the sacks with two out but could not get a run across.

Williams escaped a jam in the top of the fourth inning and the Lady Rockets went down 1-2-3 in the home half of the stanza.

Dover drilled a ground-rule double, leading off the fifth inning and came around to score the go-ahead run on a Shelby Fisher infield single.

After a fly out, Emily Cozart doubled to put Loretto runners on second and third before Warren Grabbed a groundball at the third based and threw to Carli Warner at first for the third out.

Macyn Kirby, who went 3-for-3 in the game, laced a one-out single up the middle and Warren followed with a moonshot over the center field fence, making it a 4-3 ballgame.

Williams managed two fly ball outs to start the sixth inning before Loretto got two-on with two-outs, but a pop-up to Burnham at second base ended the threat.

A run was taken away from Forrest in the bottom of the sixth inning on a questionable call on a tag play at third base and the game went to the top of the seventh where Williams took care of business to hold down the Mustangs and secure the win.

Forrest (29-10) secured at least a runner-up finish and will have to beat Alcoa (15-11) twice to claim the program’s fifth state title and complete a three-peat.

“I am super proud of this team, the way we look at it is we are coming home with something, we weren’t sure coming in to this we would be coming home with anything,” Lightfoot said. “So right here, it is the best out of three games and if they can beat us in two of the three, hats off to them and they are the best team in the state, so that is the way we are looking at it and they are game one.”

This will be the ninth championship game appearance for Forrest and they are four and four in the title tilts.