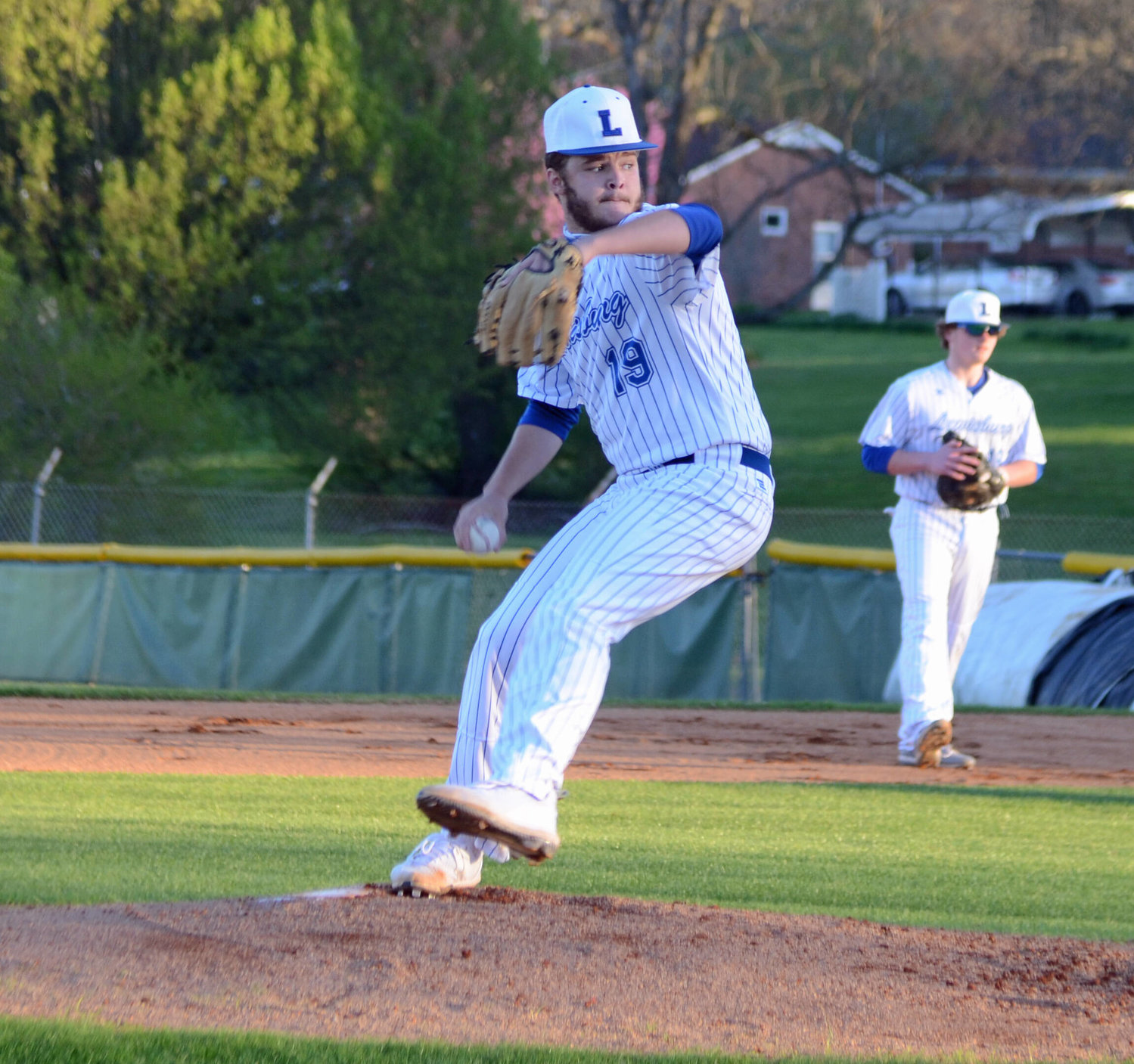 MCHS ace Carson Cheek had another solid outing on Monday at Joe George Field in Lewisburg, giving up two earned runs and striking out eight Nolensville batters in 5.1 innings on the hill.
Tribune photos by Anthony S. Puca 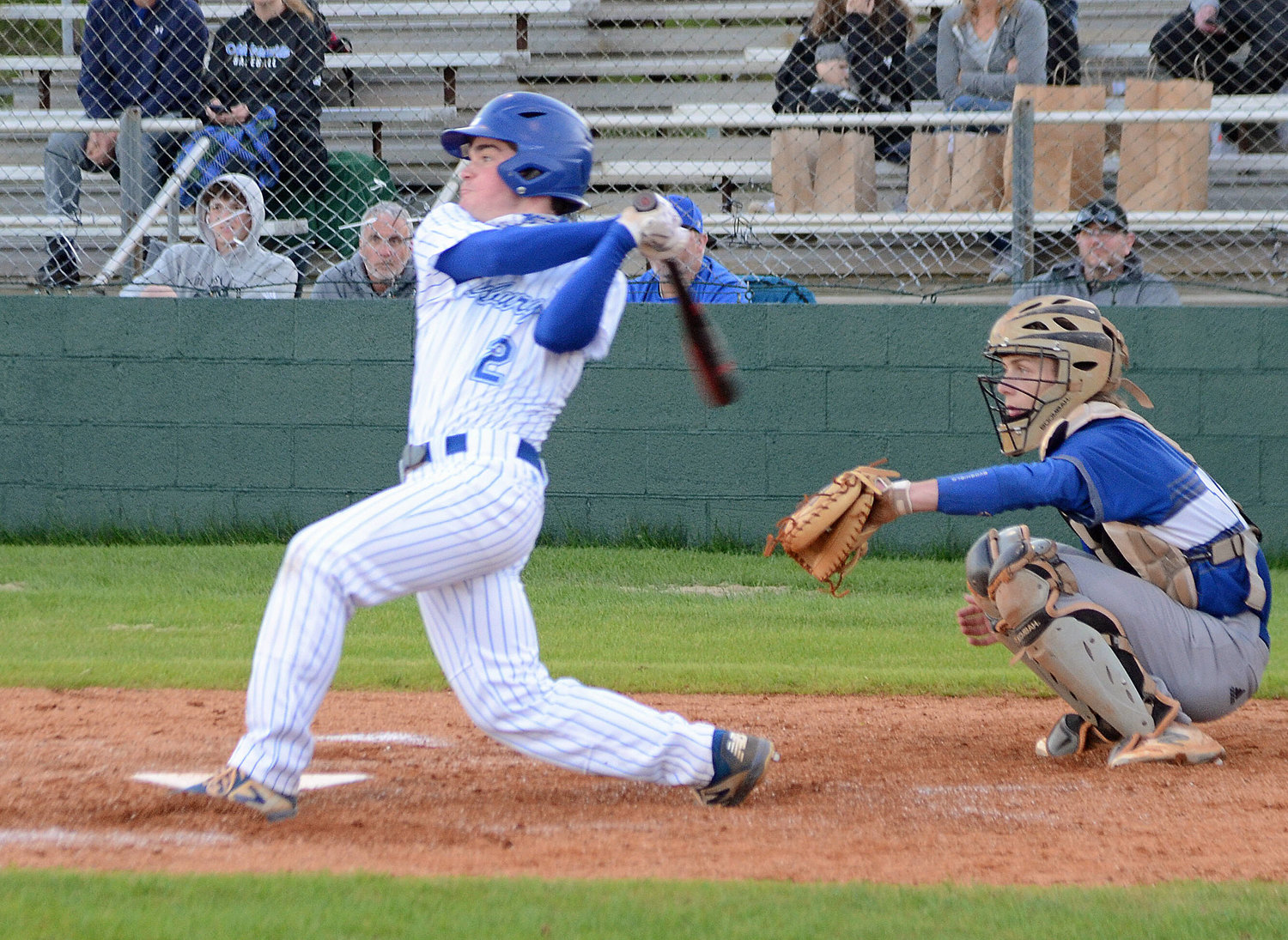 Marshall County second baseman Ryan Kirby slams a one-out double in the top of the first inning for the lone hit off Nolensville ace Ethan McElvain. 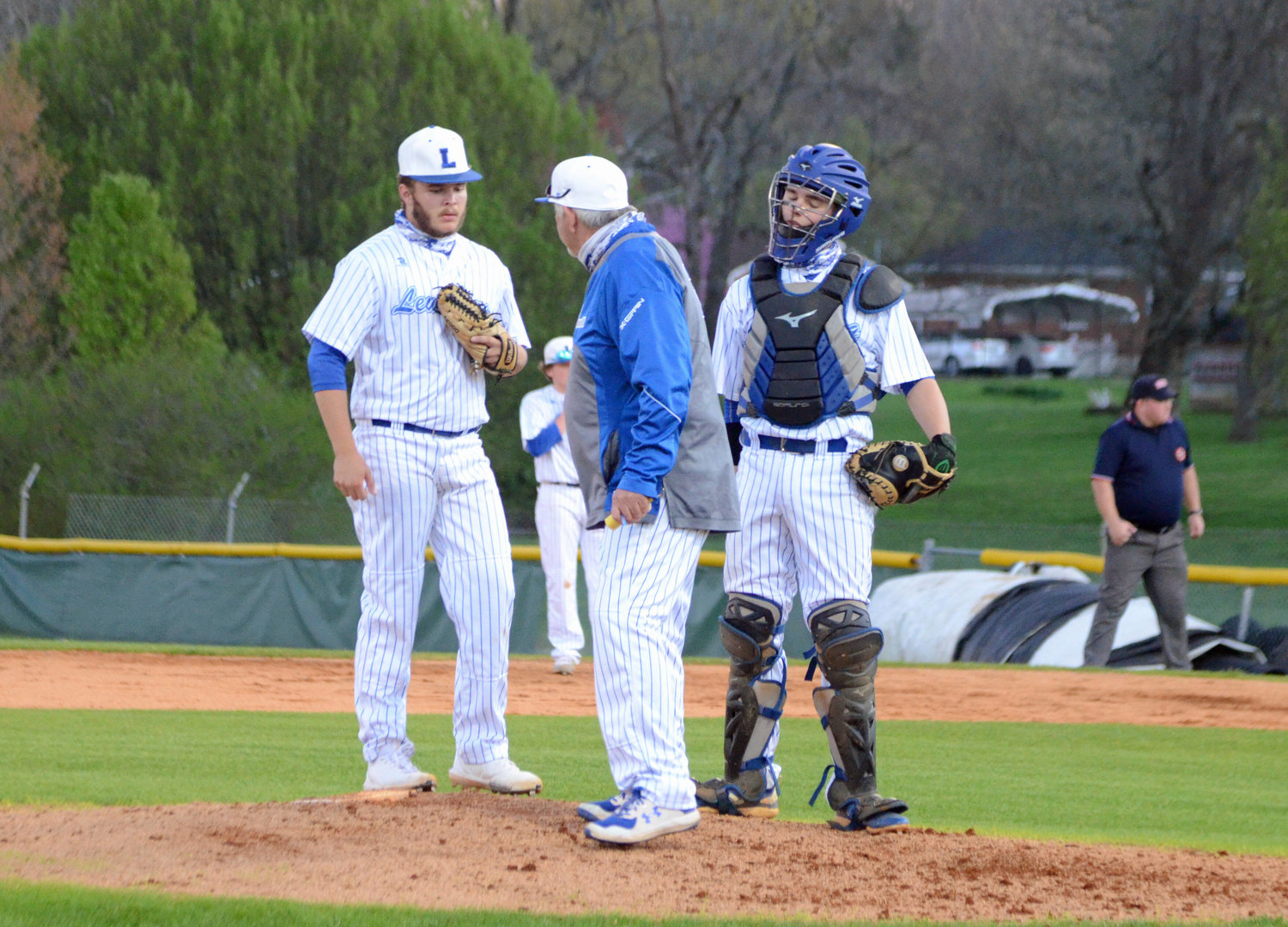 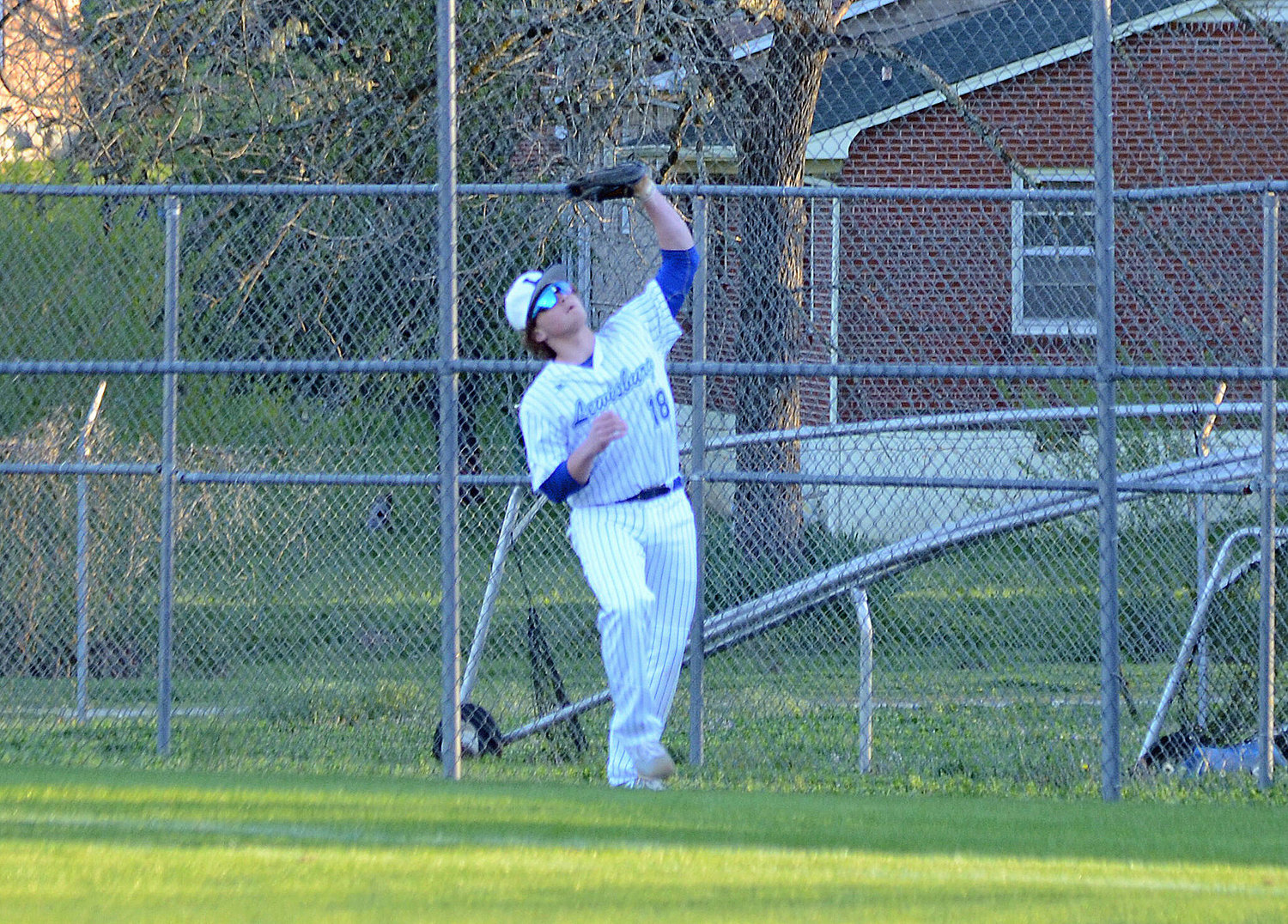 On Monday night at Joe George Field in Lewisburg, the Vanderbilt commit showed why Nolensville is now the favorite to win District 12-AA as he tossed a complete game one-hitter, striking out 18 out of the 24 Tigers’ batters he faced in an 8-0 win.

“McElvain is an outstanding pitcher, he is everything they said he was,” Marshall County manager Mike “Monk” Reese said. “Somewhere down the line though, hopefully we will get another shot at him and we have to figure out a way to beat him, but he took it to us tonight.”

After striking out three out of the four batters he faced in the first inning, McElvain struck out the side in order the next three frames.

The Knights got all the runs they needed in the top of the first inning as Ethan Syling led off the contest with a pop-up that was misplayed and he wound up on second base on the MCHS miscue.

Tyler Hummel, who led the Knights offense with a 3-for-4 performance at the plate, beat out an infield single before MCHS first baseman Thomas made a nice catch in foul territory for the first out.

A passed ball moved both runners up and a walk loaded the bases for McElvain, who came up with a fielder’s choice RBI to open the scoring.

Bryan Cluck walked and double steal put Nolensville runners on second and third for Grayson Rains, who slashed a two-run single to right field, making it 3-0.

“Carson pitched a good ballgame, I took him out when his pitches got up to 95 and that is enough for him right now,” Reese said. “I thought he threw a good ballgame and to be honest with you, I thought it should have been 1-0.”

The Tigers had five infield errors in the game.

“We can’t toss it around, I believe we made an error at every infield position tonight,” Reese said. “That don’t win a lot of ballgames if you add that to one hit.”

“I’m not taking anything away from Nolensville, they got a good ballclub.”

Hummel added an RBI singles in the fourth and fifth innings to make it 5-0 and a Cluck three-run home run finished off the eight-run total in the top of the seventh inning.

The Tigers tried to bust the McElvain shutout in the bottom of the seventh inning when Kirby walked to lead off the frame and after a strikeout, Thomas reached on an error to put runners on first and second with one out.

McElvain, who also pitched for Team USA, fanned the final two batters to complete the shutout.

The Tigers travel to Nolensville tonight to finish up the home and away slate versus the Knights.

“He (McElvain) can’t pitch to us every night, so tomorrow is a new day and we have to bounce back,” Reese said. “You can’t worry about what took place tonight, it’s the next play, the next pitch and we have about 24 hours to get over that and be ready to play.”