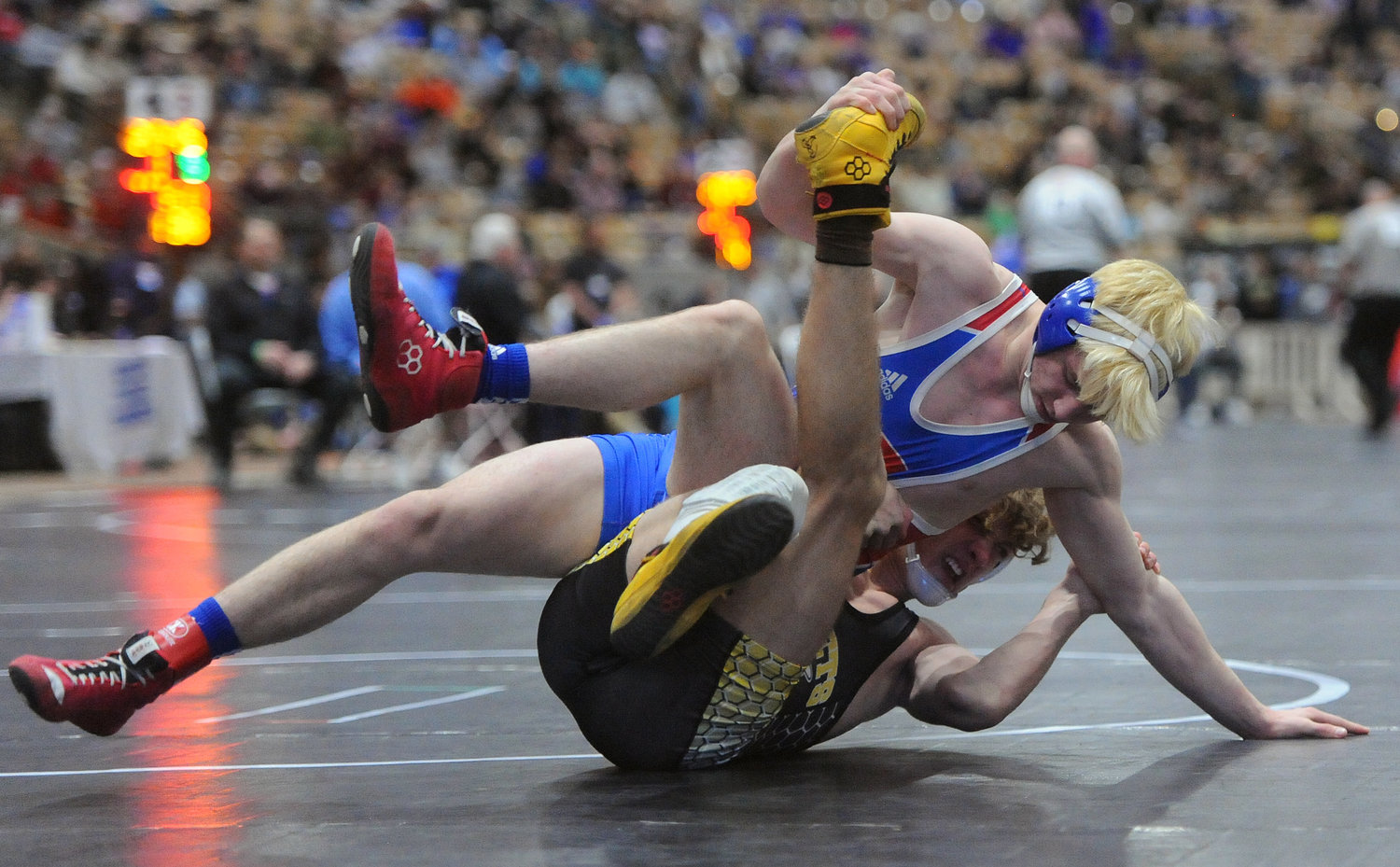 Seth McCoy repositions and goes in for the pin against Fairview’s Blake Mitchell in the opening round of the 145-pound weight class.
Tribune Photo by Chris Siers 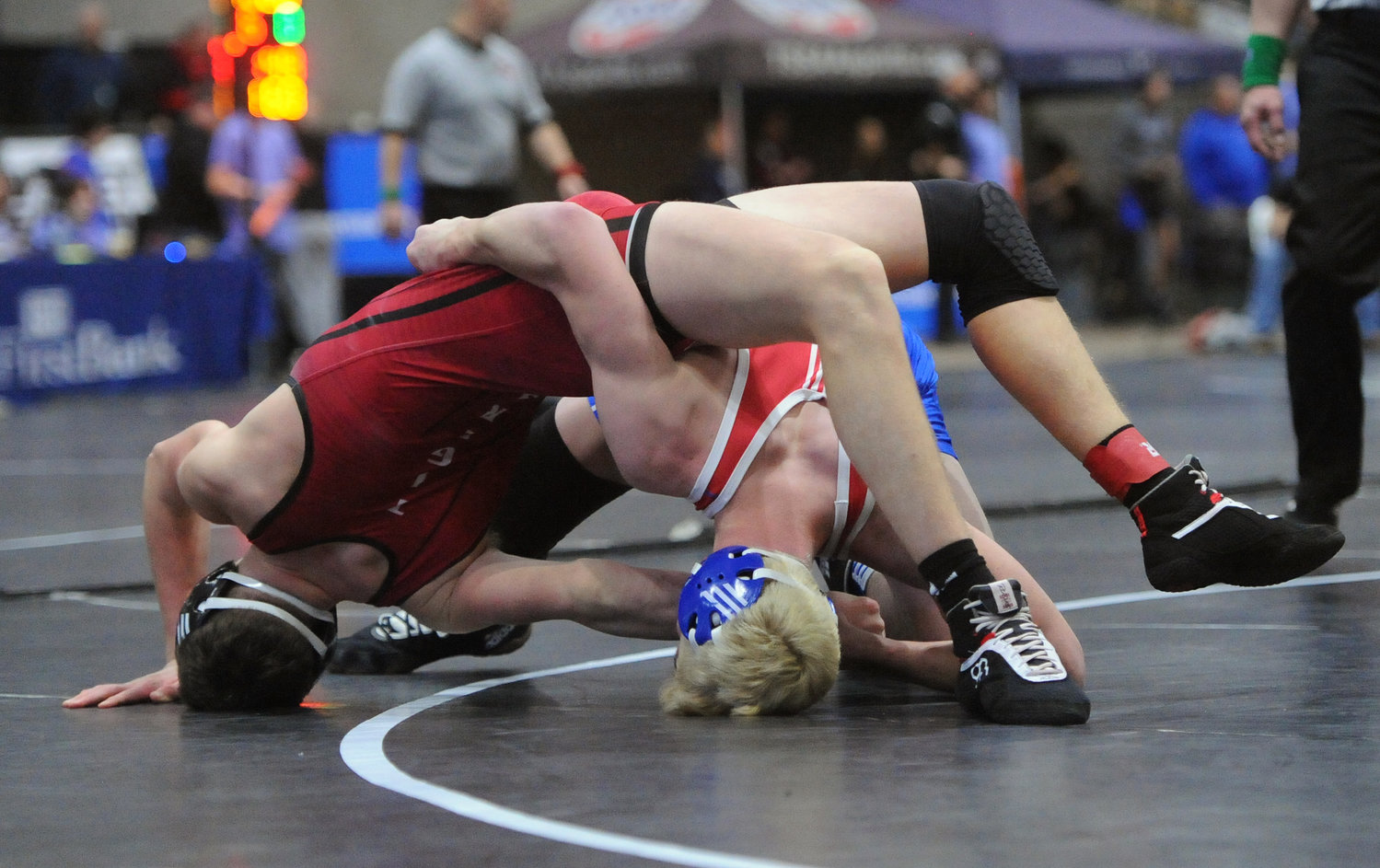 Forest Ozburn gains the upper hand against Bennett Mcdougal in his 8-0 victory in the first-round of the 160-pound class.
Tribune Photo by Chris Siers 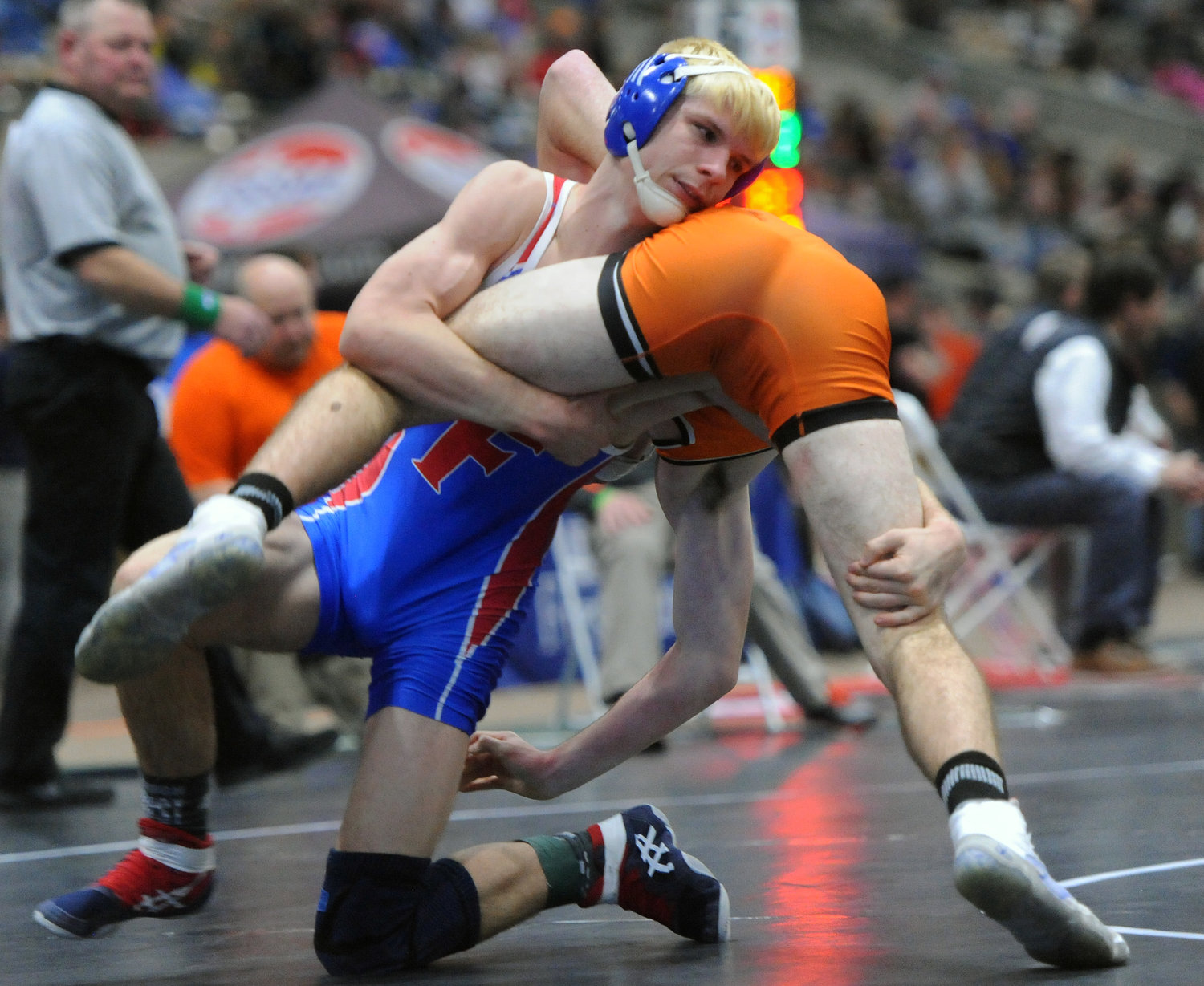 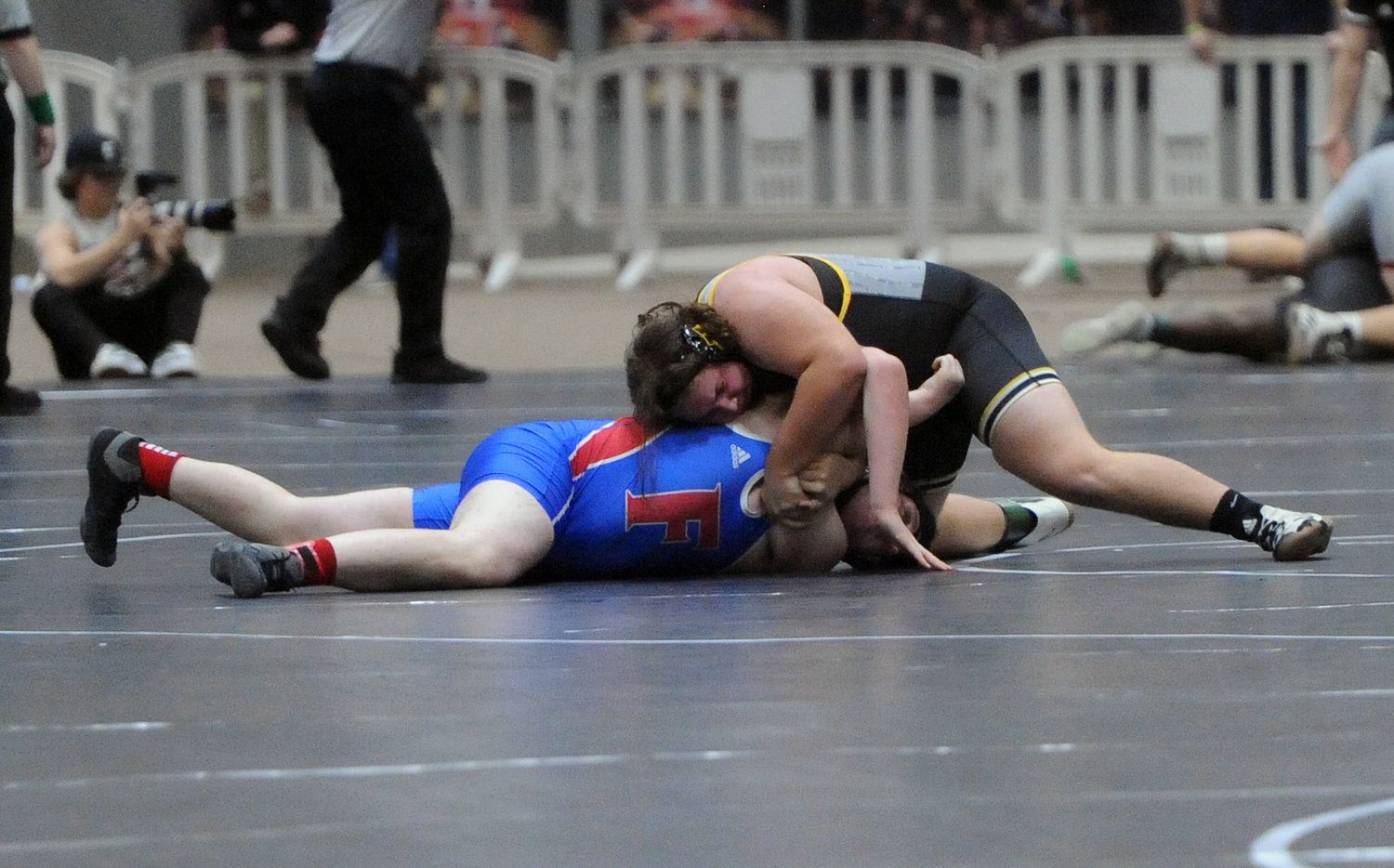 FRANKLIN — The Forrest Rockets saw four wrestlers qualify for the Class A state wrestling tournament, held the Williamson County Expo Center.
While all four Rockets won matches in the state competition, it was Seth McCoy’s run at the 145-pound weight class that highlighted the tournament for Forrest as he finished fourth overall in his division.
McCoy got his tournament started with a win via pin over Fairview’s Blake Mitchell at the 1:53 mark.
In the quarterfinal round, McCoy posted his second-straight victory in an all-out battle where he finally pinned Cole Jenkins of Signal Mountain at the 4:42 mark.
It wasn’t until the state semifinals that McCoy suffered a defeat when he was pinned by Greeneville’s Hunter Mason at the 1:23 mark.
He rebounded in the consolation bracket to defeat Polk County’s Sasha Warner just 44 seconds in to the match with a pin.
In the fight for third place, Knoxville Halls’ Harlen Hunley pinned McCoy in 1:19 to finish third in the 145-pound class.
In total, McCoy scored a total of 18 points for the Rockets in the tournament.
Braiden Vanderploeg competed in the 138-pound class and after falling in the opening round at the 4:46 mark, rebounded to pin Gibbs’ Juleon Maldonado in the consolation bracket in a 4:55 battle.
His tournament run came to an end in the second round of the consolation bracket when he was defeated by a 3-1 decision.
At the 160-pound class, Forest Ozburn got off to a red-hot start with an 8-0 major decision victory over Bennett Mcdougal.
In the quarterfinals, Ozburn gave Briar Whaley an all-out battle that took 4:41 before Whaley got the upper hand and win via pin.
Ozburn answered with a 9-5 decision in the consolation round over Martin Luther King’s Samuel Mast before seeing his run come to an end in a 7-0 decision to Billy Tate.
Nathan Hall was the final Forrest wrestler to reach the state tournament and after falling in just 54 seconds in the opening round match to Hixon’s Landon Moore, Hall answered with a pin over Caleb Turner of Knoxville Halls in 3:54.
His tournament run came to an end via major decision when Jalen Wright won a 9-1 major decision in the second round of the consolation bracket.
Vanderploeg finished the season with a 21-8 overall record, Ozburn finished with a 22-10 record, with Hall turning in a 24-9 overall record.
Including his fourth-place finish, McCoy finished the 2021-2022 season with a 24-5 overall record.