Marshall Co. primed for Lexington in 2nd round match up

To win at this stage of the postseason, teams have to play their best game of the year, each and every week.On Friday night, the Marshall County Tigers (10-1) will travel to face Region 6-AAAA …

Marshall Co. primed for Lexington in 2nd round match up 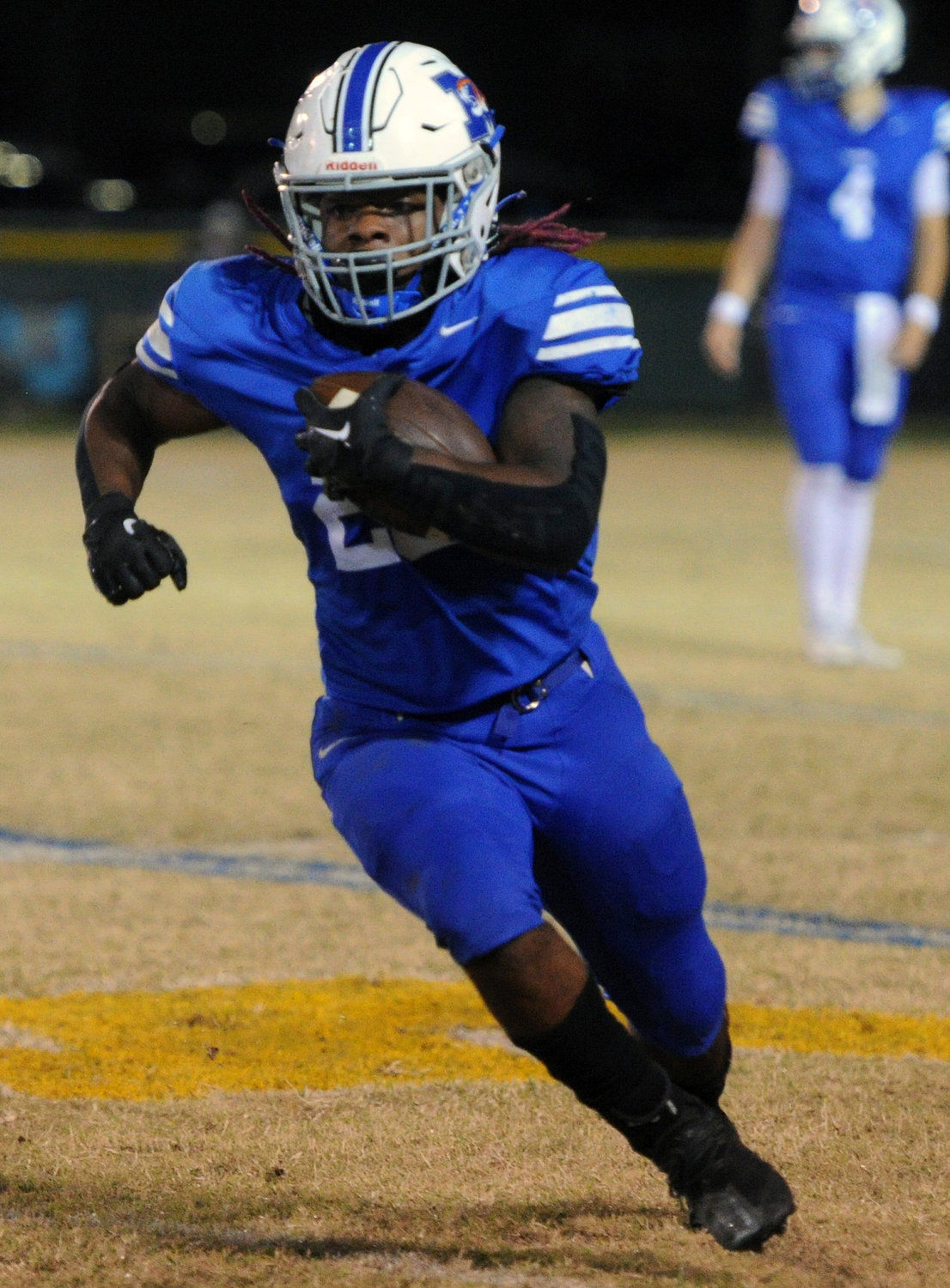 Demari Braden has been a workhorse for Marshall County this season, rushing for 13 touchdowns and over 700 yards.
Tribune Photo by Chris Siers 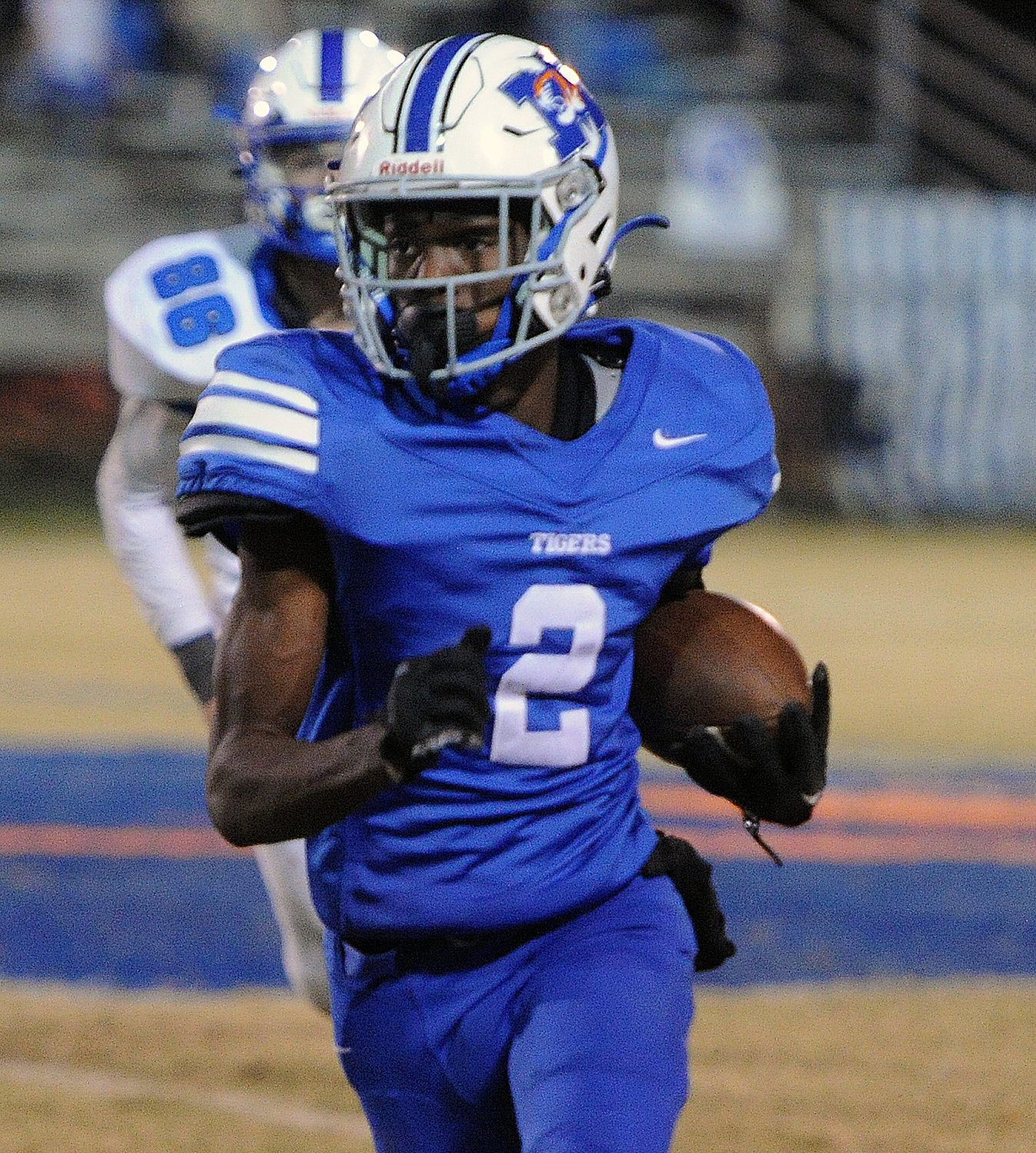 Aja Jones has been the big-play threat at receiver, hauling in nearly 600 receiving yards and eight touchdowns.
Tribune Photo by Chris Siers
Previous Next
Posted Thursday, November 10, 2022 9:24 am
By Chris Siers ~ sports@t-g.com

To win at this stage of the postseason, teams have to play their best game of the year, each and every week.
On Friday night, the Marshall County Tigers (10-1) will travel to face Region 6-AAAA champion Lexington.
Lexington enters Friday night’s second round game of the Class 4A playoffs with an 8-3 record, having beaten Greenbrier in the first-round last week.
It’s been 14 years since Lexington and Marshall County last met and the Tigers are hoping to win their fifth-straight game of the season on Friday night.
“It's always a challenge to go on the road and travel a long distance to a place you are unfamiliar with. Obviously we try our best to train year round to prepare our team for adversity. Staying mentally focused during this trip is no different,” Tiger head coach Thomas Osteen said.
Much like the Marshall County Tigers, the Lexington Tigers have a breadwinner in the backfield that is the key to making the offense going.
“Lexington has had a really good program for a long time. They are routinely one of the best teams in West Tennessee. They have a returning all-state tailback that makes their team go. They are a run-first team. They base out of the single-wing but will do some other things as well,” Osteen said.
The task for the Tigers defense will be in the trenches and fall on the senior leadership of the linebacking corps led by Thomas Beech, Grayson Miller and Trey Warner.
“They are very similar to us as as team in regards to their athleticism, size, and being sound in the kicking game. They run a 3-4 on defense and have won seven games in-a-row, shutting down most opponents offenses,” Osteen said
For the Tigers, the game plan is to stick with the balance of the offense and rely on senior tailback Demari Braden out of the backfield, as well as junior quarterback Silas Teat to move the chains through the air.
Braden enters Friday night’s second-round playoff game having rushed for 13 touchdowns and over 700 yards on 132 carries this season.
Teat has been equally as efficient through the air, completing 119 passes for 1,576 yards and 26 touchdowns.
Jayden Randolph and Aja Jones have been the big play threats at receiver for the Tigers, with both having eclipsed the 500-receiving yards mark. Jones has caught eight touchdown passes for Marshall County, while Randolph has 10 to his credit.
“We are gonna stick with our identity which is to try and be balanced and take what the defense gives us.
I feel like we have gotten better each week this season. Thats a tribute to our guys and their commitment to wanting to be coached and pushed each week. I hope that progression continues for another week,” Osteen said.
The Lexington Tigers enter Friday night’s game on a seven-game win-streak and have scored at least 40 points in their last three games.
Kickoff is set for 7 p.m. in Lexington.