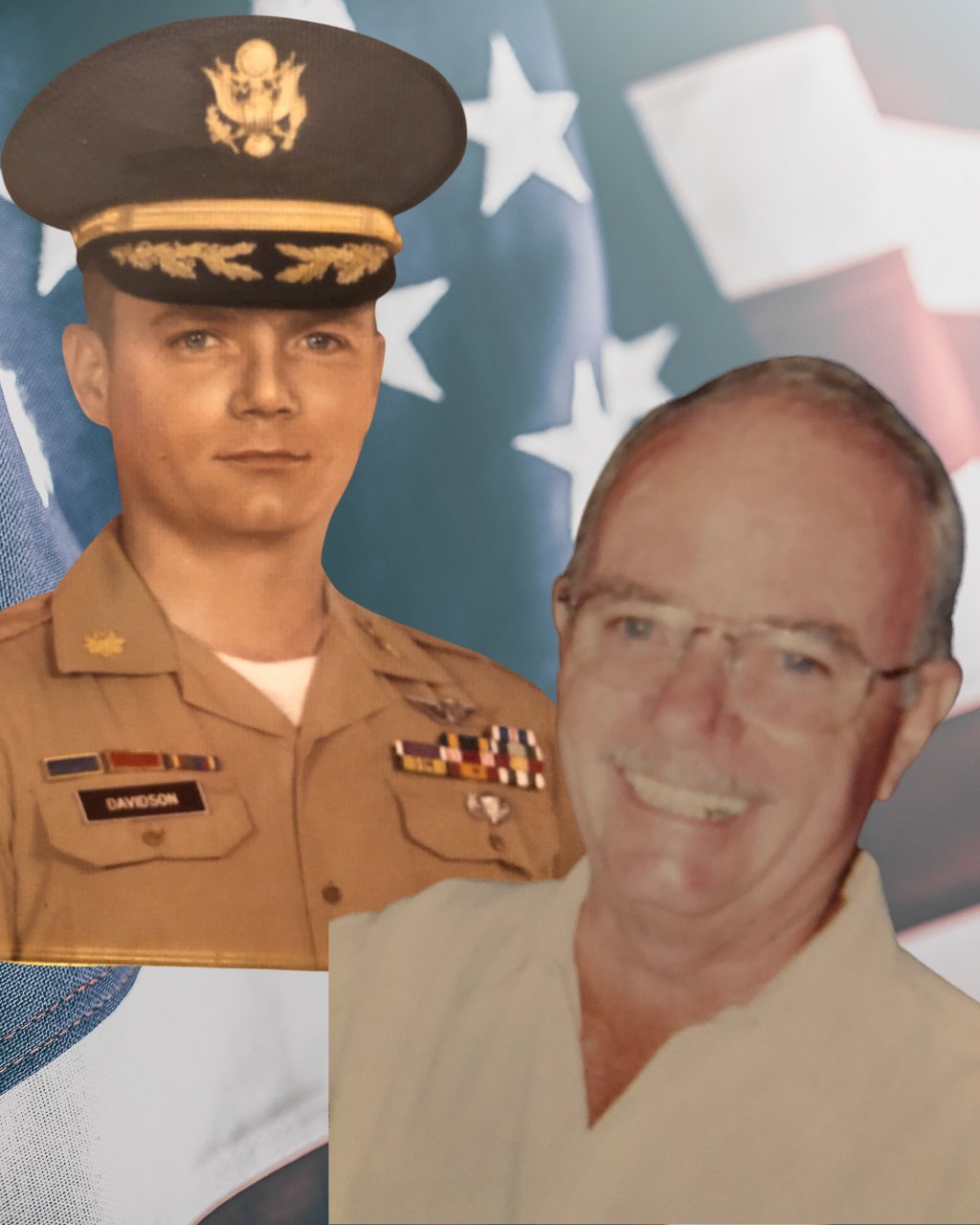 Major (Ret) Thomas A. “Drew” Davidson, 79, a resident of Franklin, TN, died on November 5, 2021, at Community Care of Rutherford County in Murfreesboro, TN, after a long battle with Parkinson’s Disease.

Drew was born in Lewisburg, TN on November 7, 1941. He married his high-school sweetheart Carolyn in 1966. Drew enlisted in the U.S. Army in 1962, and was commissioned from Officer Candidate School at Fort Benning, Georgia in March of 1963.  He completed his Bachelor’s degree in Aeronautics from Embry-Riddle Aeronautical University in 1974.   He served three tours in the Vietnam Conflict, and was a decorated Veteran, earning the Distinguished Service Cross, Distinguished Flying Cross, two Purple Hearts, thirty-four air medals, and a significant number of other military service awards. He was inducted into the Officer Candidate School Hall of Fame at the National Infantry Museum at Fort Benning, GA in 2017. His ordeal in Vietnam, being MIA for a week, and surviving in the jungle was featured in Life Magazine in 1972, and in a book called “Freedom at All Cost” by Daniel Luc, AKA Sgt. Tihn (Drew’s South Vietnamese Army Interpreter assigned to his Company, who was with him MIA). He retired as a Major in 1982. Following his successful Military Career, which took him and the family all over the country and around the world, Drew went into business with an outboard-marine dealership, Sportscraft Marine in Clarksville, TN. He eventually returned to college at the Nashville School of Law where he earned a Juris Doctorate degree and practiced law for 20 years in Lewisburg, TN.

Drew and Carolyn lived in Lewisburg until her passing in 2000. He found love again and married Cathie Moon in 2002, gaining a wonderful, loving, blended family.  He was a talented artist, a decorated war-hero, and enjoyed golf, woodworking, guns, music and poetry, dancing, story-telling, and hanging out with the Breakfast-Shop Gang. Drew was a life-long member of First United Methodist Church of Lewisburg, TN.

He was preceded in death by Carolyn Bigham Davidson, his parents John and Anne Davidson, and his brother Joe Wallace Davidson.

BILLS-MCGAUGH & HAMILTON FUNERAL HOME is honored to assist the family with arrangements.