CHAPEL HILL — The Forrest Lady Rockets don’t rebuild, they reload. After losing seven seniors from the Class 2-A back-to-back state title team, Forrest saw the return of many … 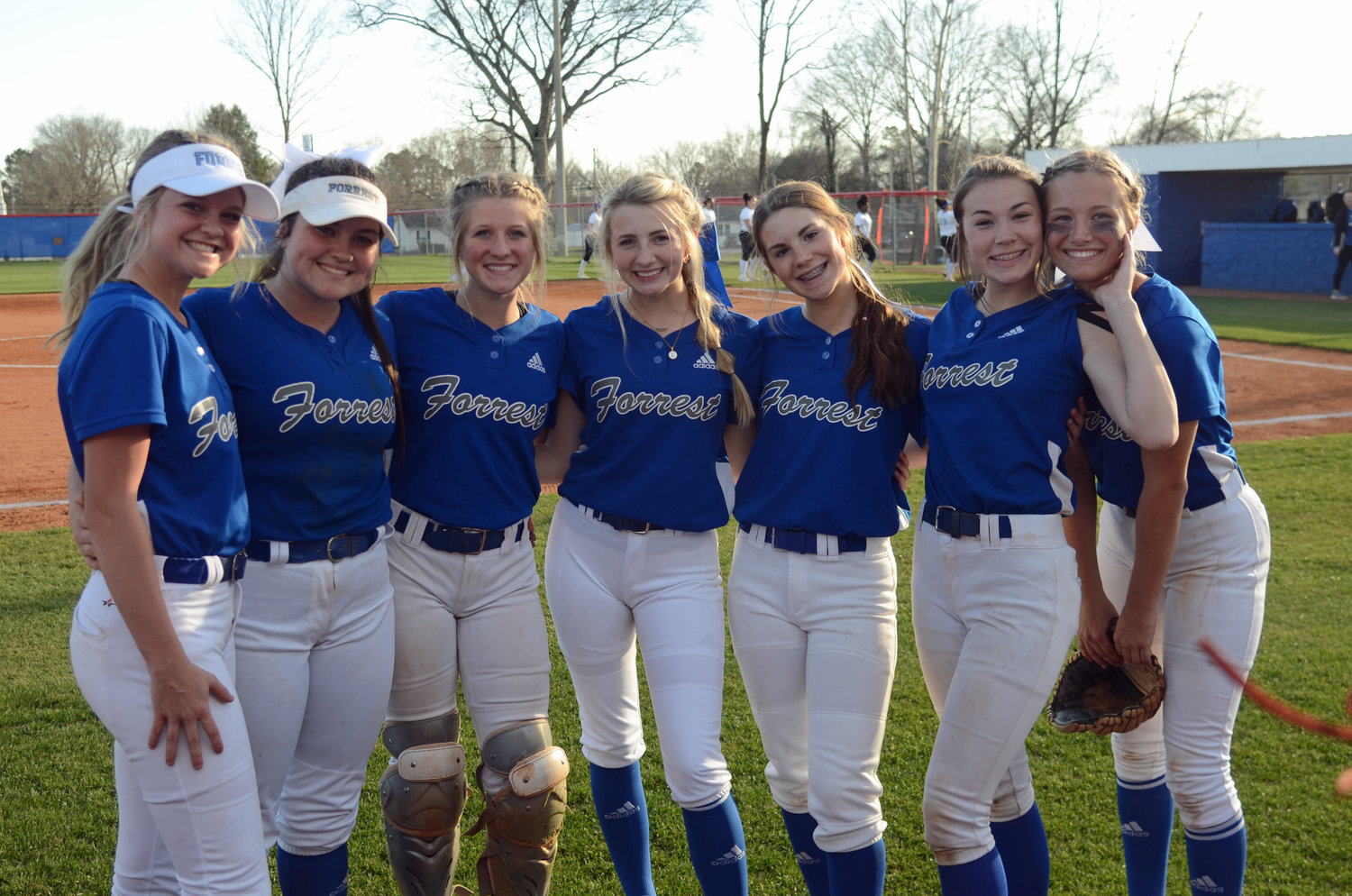 The Lady Rockets are all smiles as they get ready to play their home opener Thursday night.
Tribune Photo by Anthony S. Puca 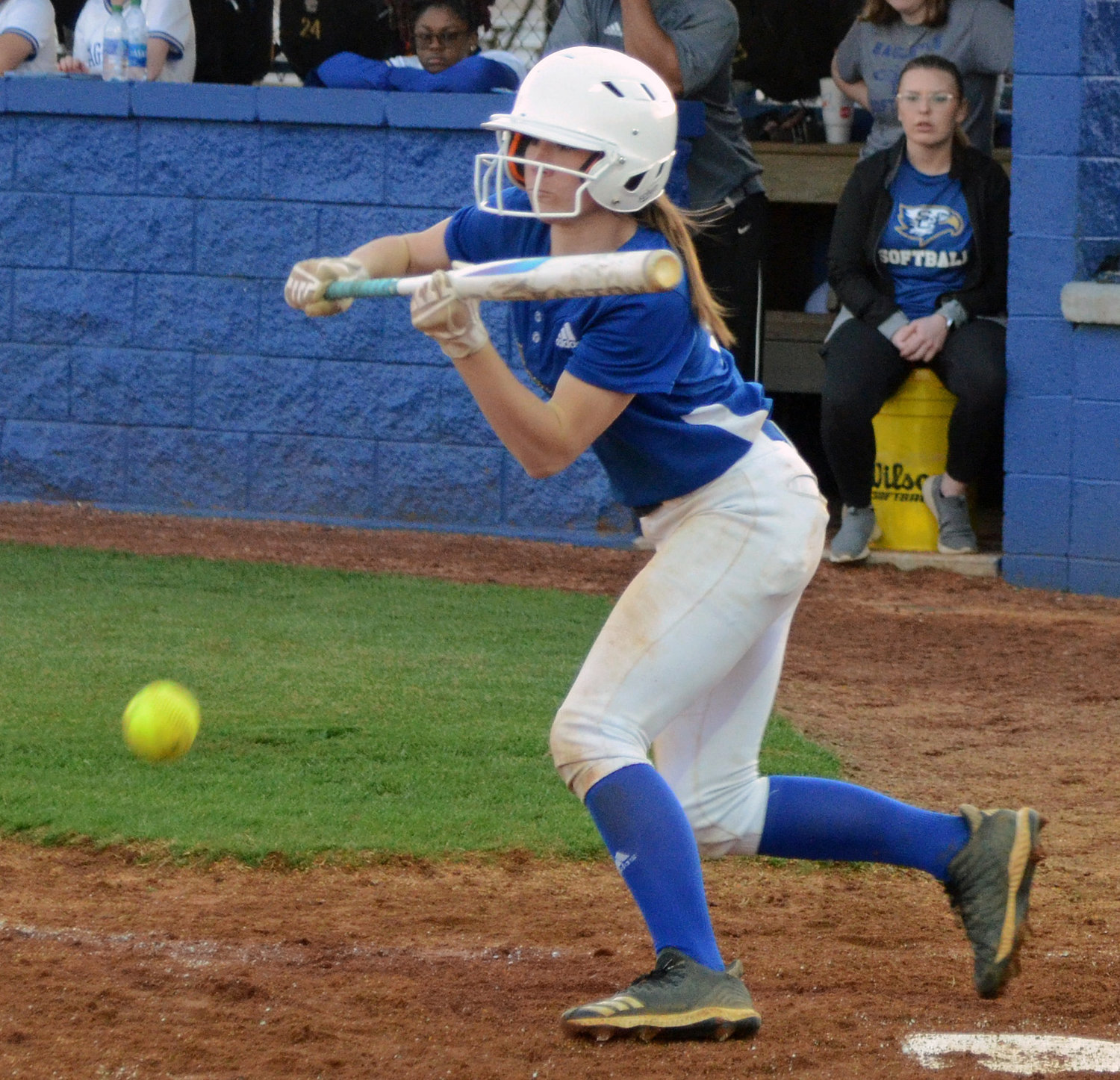 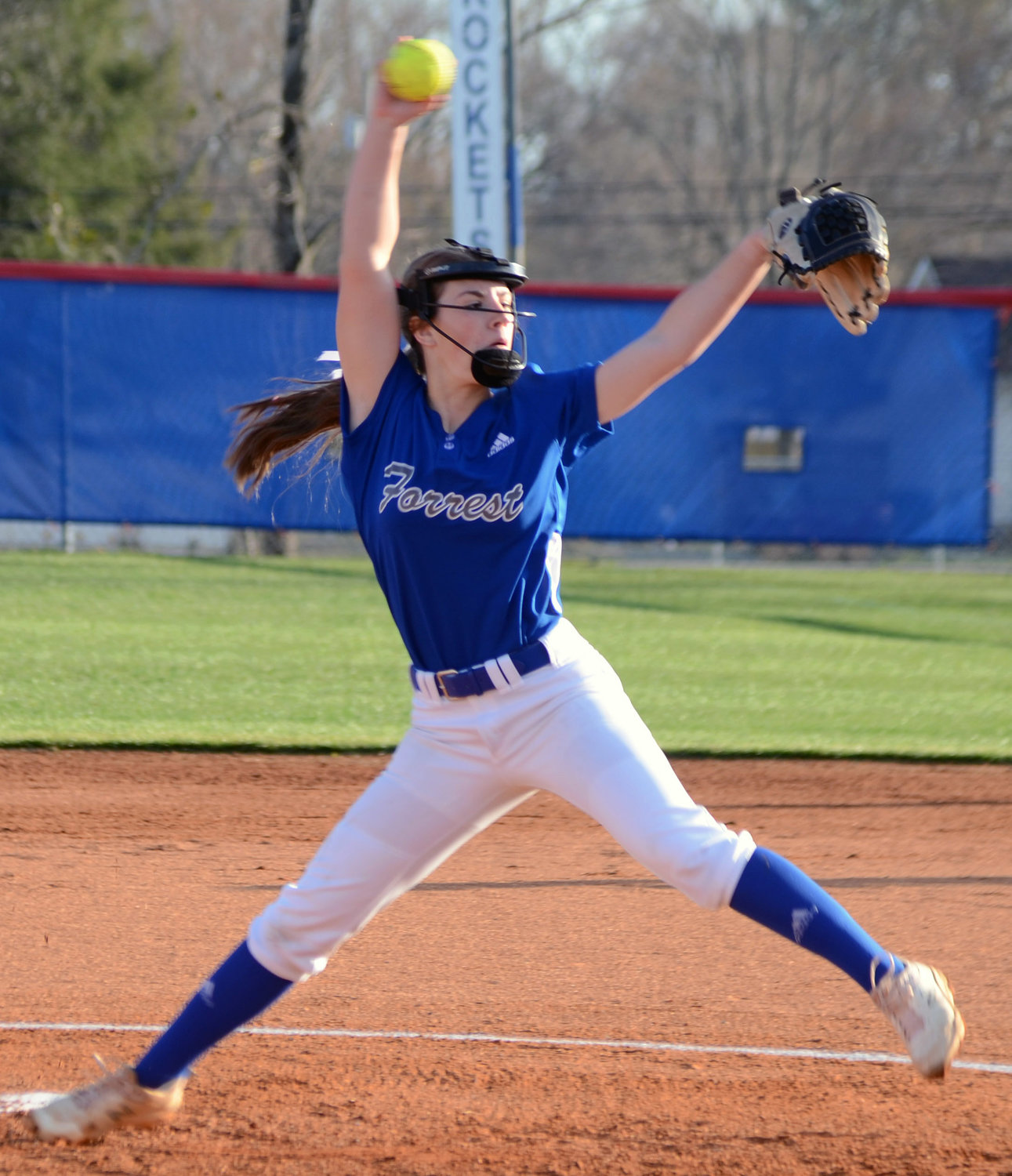 Freshman Emory Hall picked up the win in the circle for the Lady Rockets.
Tribune Photo by Anthony S. Puca 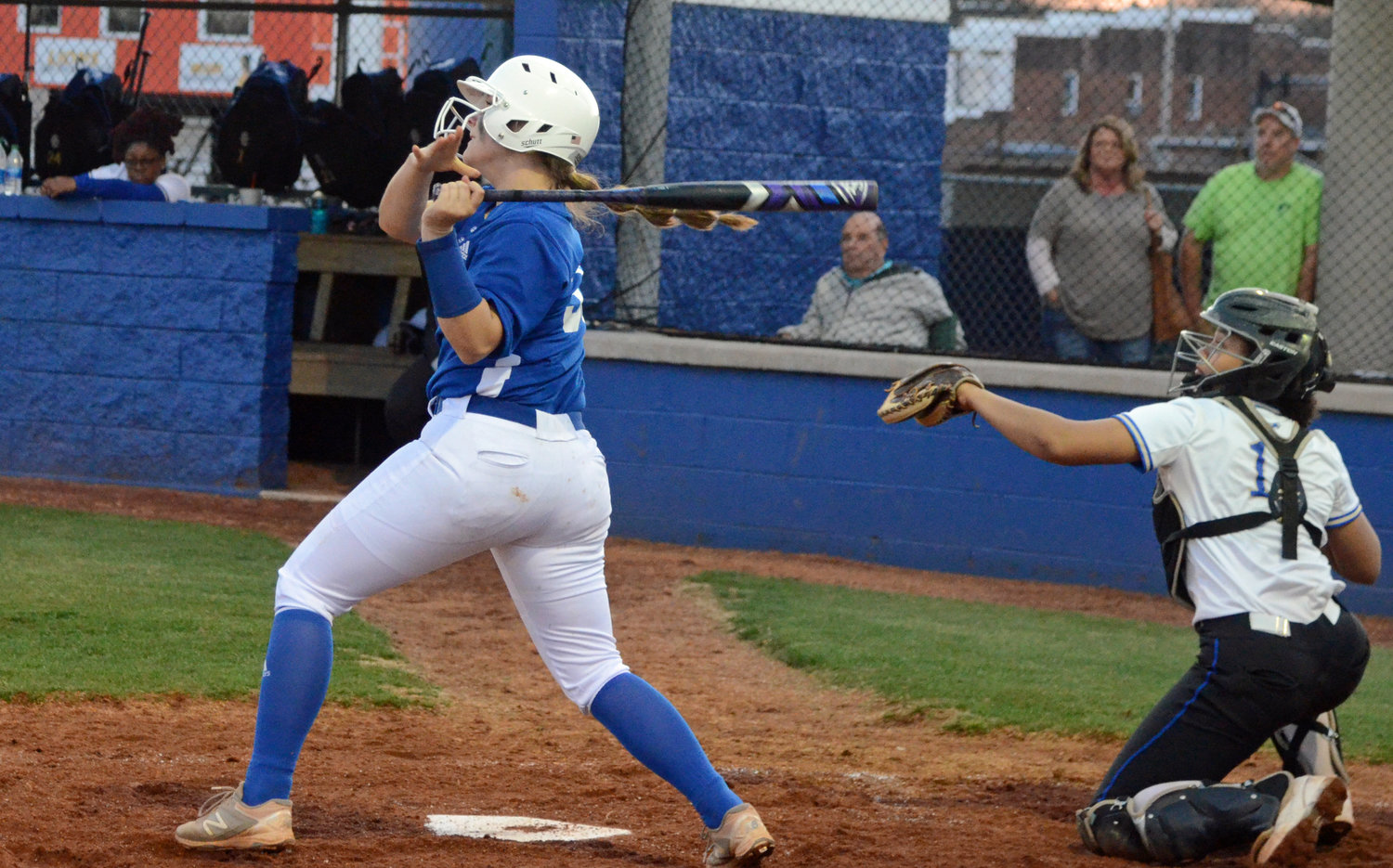 CHAPEL HILL — The Forrest Lady Rockets don’t rebuild, they reload.
After losing seven seniors from the Class 2-A back-to-back state title team, Forrest saw the return of many experienced players and it showed Thursday night in the home opener at the Field of Dreams in Chapel Hill as the Lady Rockets thumped Shelbyville 16-2 in a five-inning run-rule win.
“To me, we are still a young team just because we lost a lot of players last year,” Forrest coach Shelby Lightfoot said. “For them to come out and take ownership of the team and getting some jitters out was good.”
Chapel Hill banged out 12 hits in the contest with Junior Macyn Kirby leading the way with a perfect 3-for-3 performance at the plate, including two doubles, two runs scored, and three RBIs.
Forrest’s lone senior on the squad, Addison Bunty, went 2-for-2 and drove home two runs with both hits coming in the big eight-run fourth inning.
“It just took them a little bit. Playing at home in front of your family and friends means a little bit more to you,” Lightfoot said. “So once they settled in, the bats came alive.”
There is also a new “King” in town as sophomore Sarah King belted a grand slam home run in the fourth inning to carry on the long ball tradition set by her sister Sam, one of the greatest sluggers in school history.
“Sarah has a big upside. We didn’t know what she would could bring early in the year, but we knew how strong she was,” Lightfoot said. “Shout out to her for that big grand slam. So we are still working with her on hitting the ball hard every at bat and that is what she does.”
Christa Warren, Jenna Goodman, Abby Ferguson, Carli Warner, Briley Burnham, and Leslie Bartoli all had one hit apiece in the contest.
Freshman Emory Hall picked up the win in the circle for Forrest, giving up two earned runs on three hits in three innings, while striking out three and walking one Golden Eaglettes’ batter.
Hall’s classmate, Ella Chilton came to the circle in the top of the fourth inning and retired all six Shelbyville batters she faced in order on five groundball outs to Kirby at shortstop and one to Warner at first base to close out the win.
“For the most part, we are hoping Julie (Williams) can hold our games for us and a little bit on the other side, just our combination of Emory and Ella is a good speed difference,” Lightfoot said. “We are going to be a pitching staff this year, it will probably not just be a one and go. We are going to get some rest in between so we can be strong, but I thought we did a great job with our pitch count tonight and attacking hitters.”
After Hall pitched a first inning shutout, Kirby led off the bottom of the inning with a base hit and went to second on a throwing error.
Warren laid down a perfect sacrifice bunt that moved Kirby to third base and Ferguson drove her home to make it 1-0.
Shelbyville did not score in the top of the second inning and in the home half of the stanza, Forrest pushed across four more runs via a two-run double by Kirby and RBI hits by Warren and Goodman.
Shelbyville scored a pair of runs in the top of the third inning on a sacrifice fly by Abby Storey and a run-scoring double by Kaydence Rippy to make it a 5-2 contest.
Forrest kept on hitting as Burnham, Maggie Daughrity, and Kirby all drove home a run in the bottom of the third, extending its lead to 8-2.
Chilton blanked the Golden Eaglettes (0-3) in the top of the fourth and the Lady Rockets exploded in the home half of the inning as they sent 12 batters to plate and scored eight runs with half of them coming on King’s grand slam.
Chilton slammed the door shut in the top of the fifth inning as Forrest moved to 2-0 on the season.
The Lady Rockets were scheduled to face the Marshall County Tigerettes on Friday afternoon, however that game was cancelled due to inclemment weather.
“We know Marshall County hits well, so the thing is with them is we have to hit with them,” Lightfoot said. “We are going to have to keep our pitch count low so they see minimal pitches, but the big thing is you have to hit with them.”