A freak accident four years ago that could have ended in tragedy ended up setting Annette Fenech and Kathy Smith on a path of not only lifelong friendship, but a path that allowed the pair to compete at the Tennessee Senior Olympic Games. After having surgery on her back, Fenech took to walking in the early mornings to get back in shape... 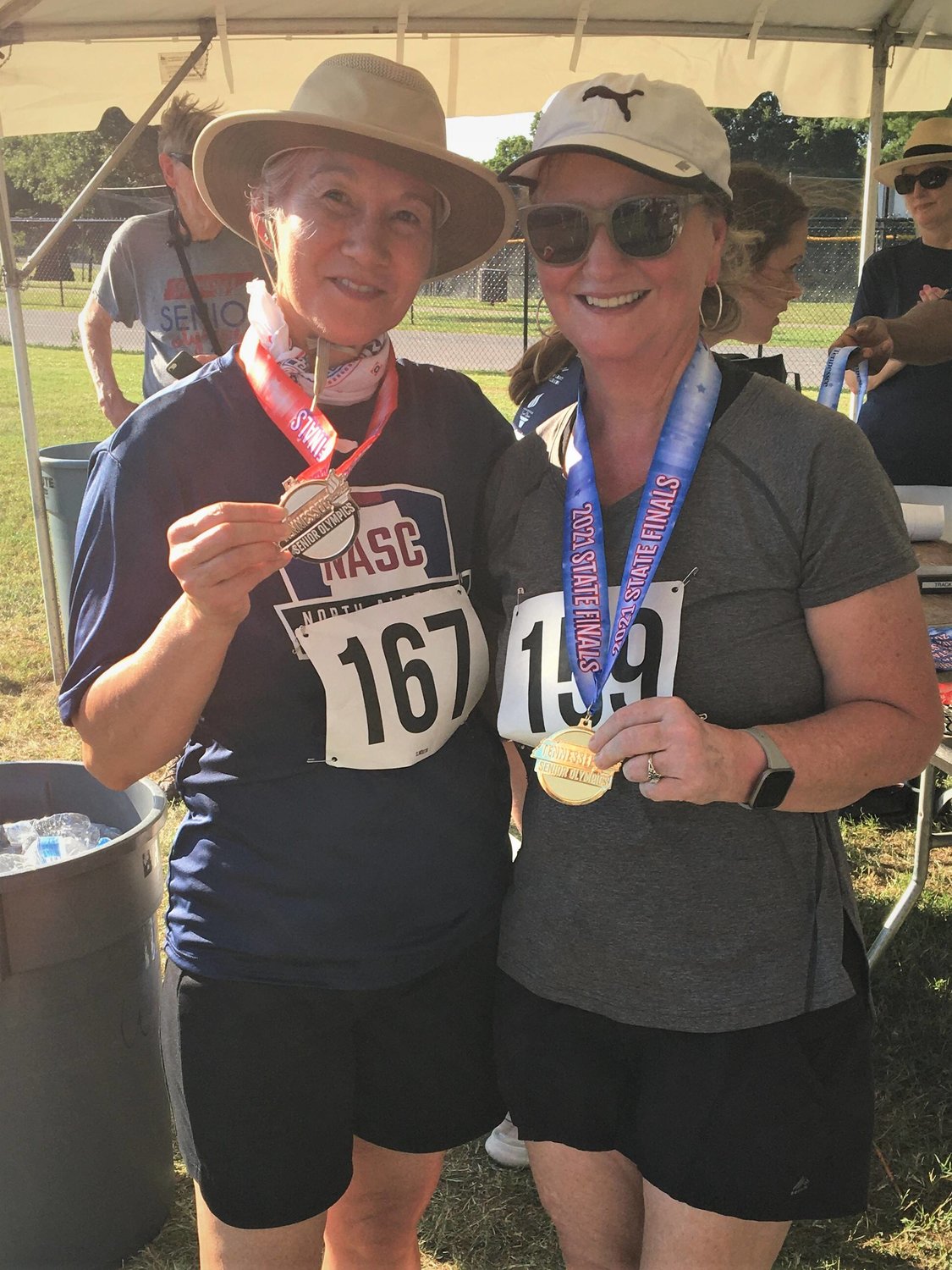 A freak accident four years ago that could have ended in tragedy ended up setting Annette Fenech and Kathy Smith on a path of not only lifelong friendship, but a path that allowed the pair to compete at the Tennessee Senior Olympic Games.

After having surgery on her back, Fenech took to walking in the early mornings to get back in shape.

On her way to work each morning, Smith would pass Fenech on her daily routine and eventually prompted her to strike up a conversation about joining the daily walks.

“I would see her every morning walking up and down our neighborhood. We would chit chat and one day I asked if she would mind if I walked with her. Since I retired, we walk every day,” Smith said.

As chance would have it, Smith's grandson competed on a local cross country team and hosted an annual 5K as a fundraiser for the team.

The two walkers paired up and participated in the event and after the race was held and medals were handed out, the pair were bitten by the thrill of competition and wanted to up their level of participation to a competitive level.

“My grandson ran cross country and every year around July 4th they have a 5k fundraiser. I was trying to get someone to walk with me and I asked Annette if she would walk with me and she said sure.

We had stayed for the medal ceremony and after we pulled into her driveway she (Fenech) said 'I want a medal,'” Smith said.

From there, their path led them to asking about race/power walking at a competitive level and the rest was history.

“There's a guy who works at the rec center who does this race walking/power walking thing and asked if he could give us some tips. I was just thinking we would be better at the local level. He said we should do the Senior Olympics. So we signed up,” Smith added.

In the Senior Olympics, Fenech won the 1,500 meter race walk with a final time of 10:53 and Smith finished hot on her heels in second with an 11:14 final time.

For Fenech, the date had even more significance as the win came on the four-year anniversary of her back surgery, which was a result of her fall.

“That day we were there, my daughter told me it was the very day you had your back surgery and it had been four years. I said that's a blessing that God's letting me do that. It meant even more because I'm healed from my back and God's helping us with this,” Fenech said.

In addition to the power walk competition, Smith also competed in several swimming events that resulted in two golds and a silver medal.

While power walking is a physically demanding sport, it's much more of a mental game than traditional running or jogging events as walkers must keep one foot on the ground—a particular that race officials keep a close eye on.

“You have to keep one foot on the ground at all times, where as in running you can get both feet off the ground. They'll watch. It's a mental thing. You have to concentrate,” Fenech added.

For the pair, it's a lifelong activity they have no plans on pausing anytime soon and for Fenech specifically, the competition in the Senior Olympics marked the end of a journey that began with a terrible accident that came full circle in her recovery.

“When we finished, for days it just felt so good because we worked so hard. My family was there and they were cheering us on. So that just meant a whole lot. Because we never thought we would be doing this because of my back surgery,” Fenech said.

The pair previously competed in the 2019 district level of competition but saw the state competition canceled due to COVID-19.

The South Central Regional District will be held from October 10-15, with the national senior games to be held next May in Fort Lauderdale.