Over the holiday weekend, Cal Ripken teams from across the state gathered in Lewisburg at the Richard Cashion Sports Complex. The tournament hosted three age divisions of baseball teams, including two eight-year-old teams and a nine-year-old division... 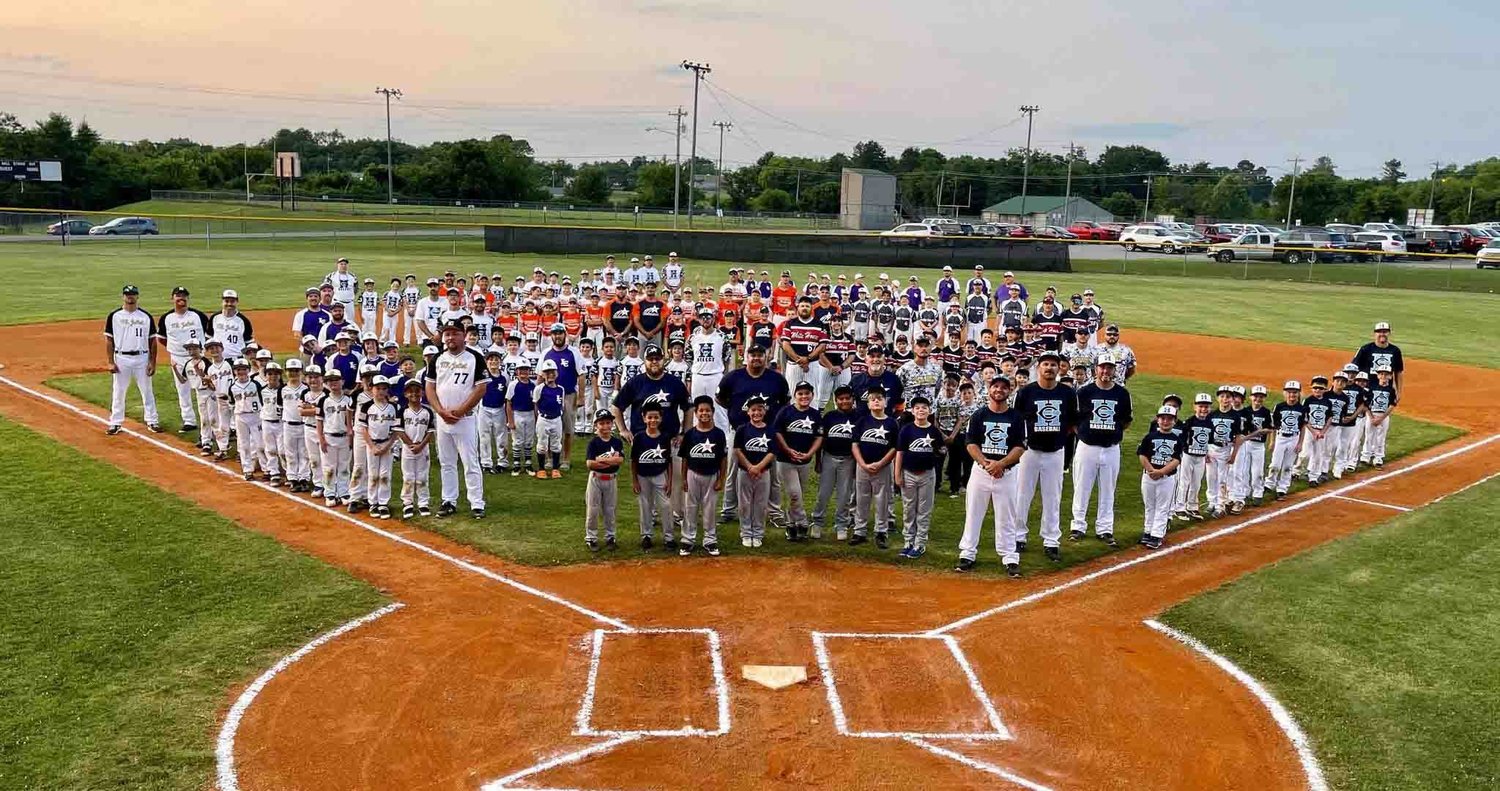 As part of the opening ceremony, all participating teams were recognized on Friday night.
Submitted photo 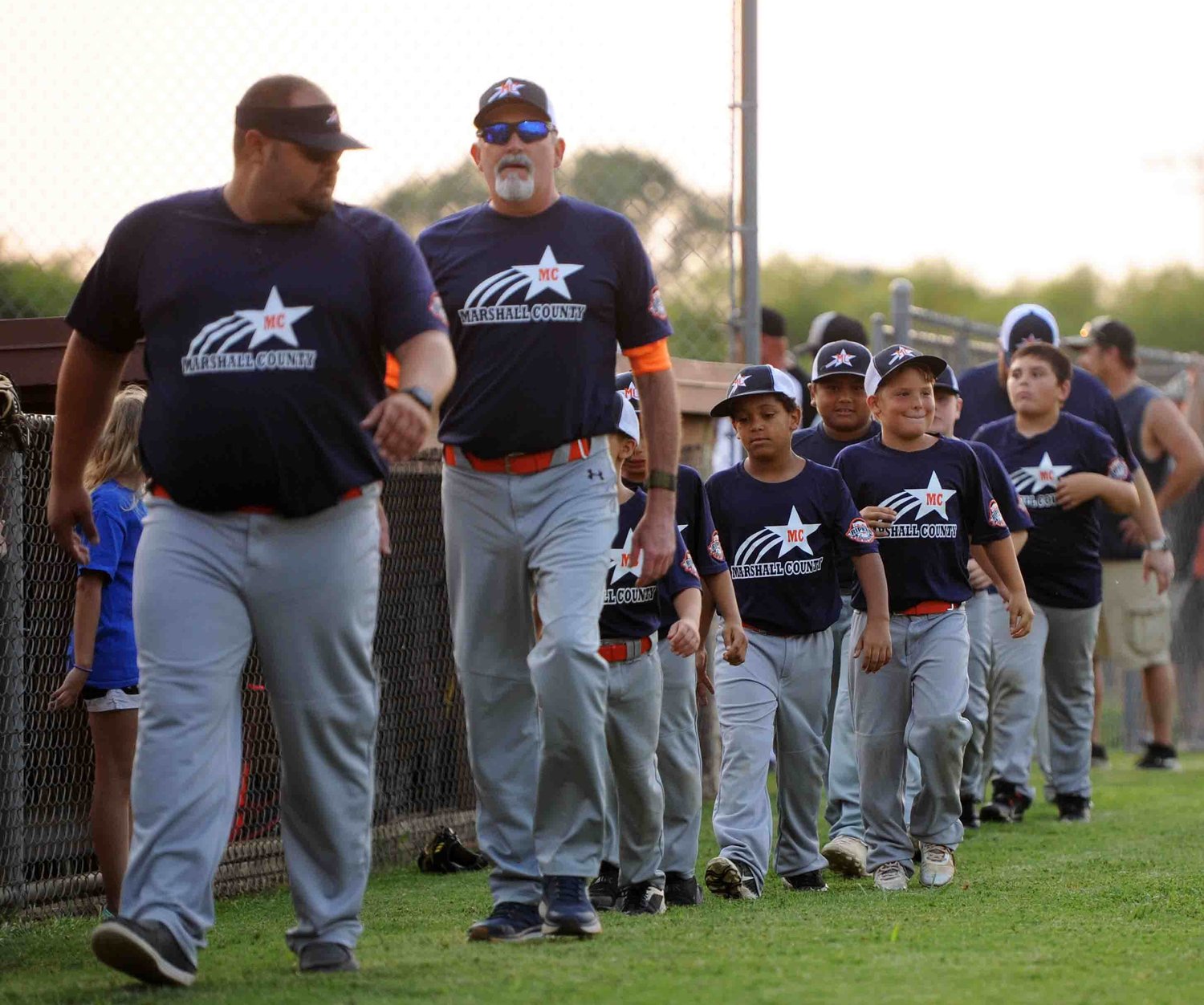 The 8-Year-Old Marshall County team was the first to be introduced during the opening ceremony on Friday night.
Photo by Chris Siers 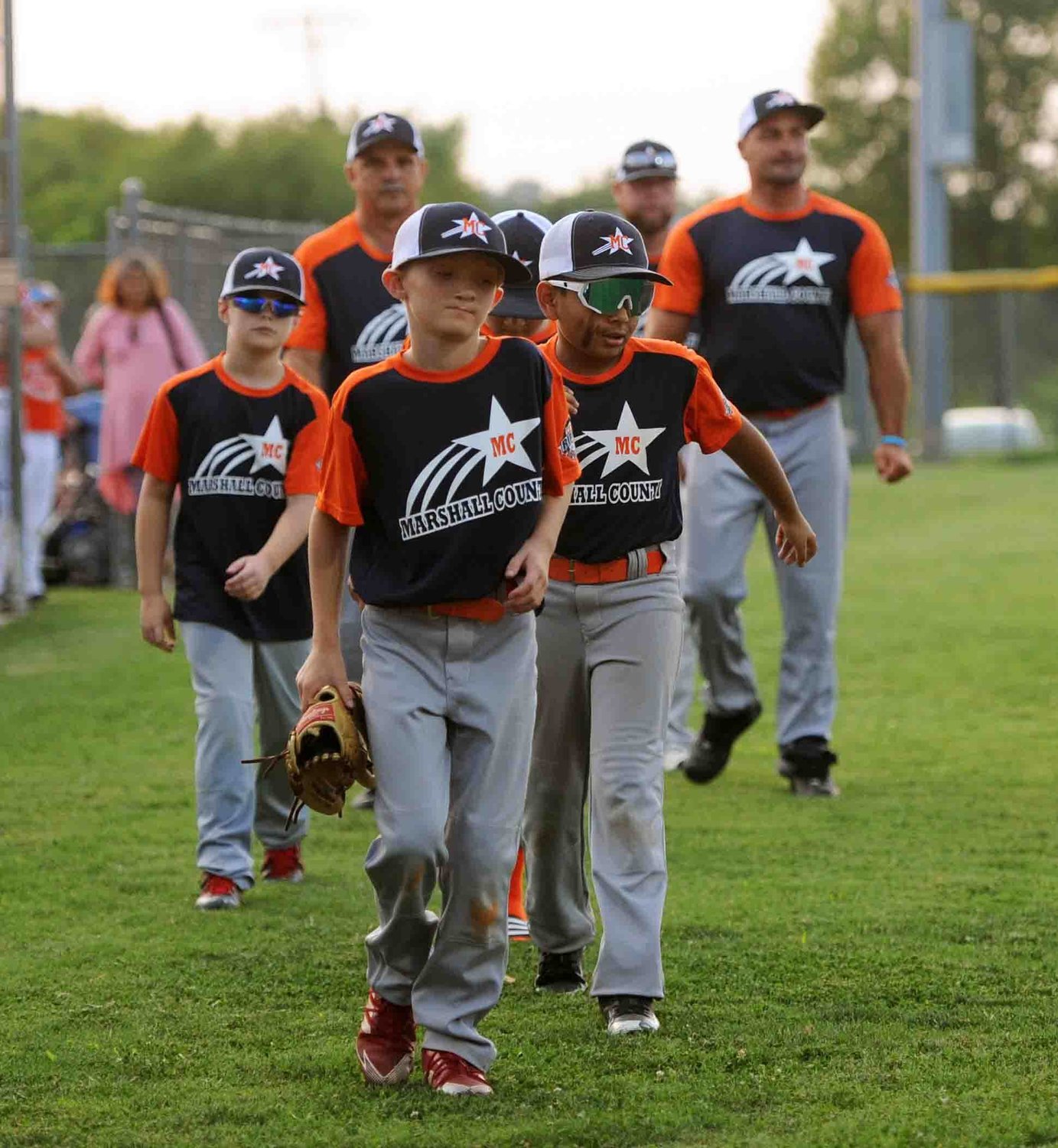 The 9-Year-Old Marshall County team makes its way onto the field for the opening ceremony after playing their first game in the tournament.
Photo by Chris Siers
Previous Next
Posted Thursday, July 8, 2021 11:00 pm
STAFF REPORT

Over the holiday weekend, Cal Ripken teams from across the state gathered in Lewisburg at the Richard Cashion Sports Complex.

On Friday night, the opening ceremony was held, which recognized each participating team, as well as various Marshall County officials.