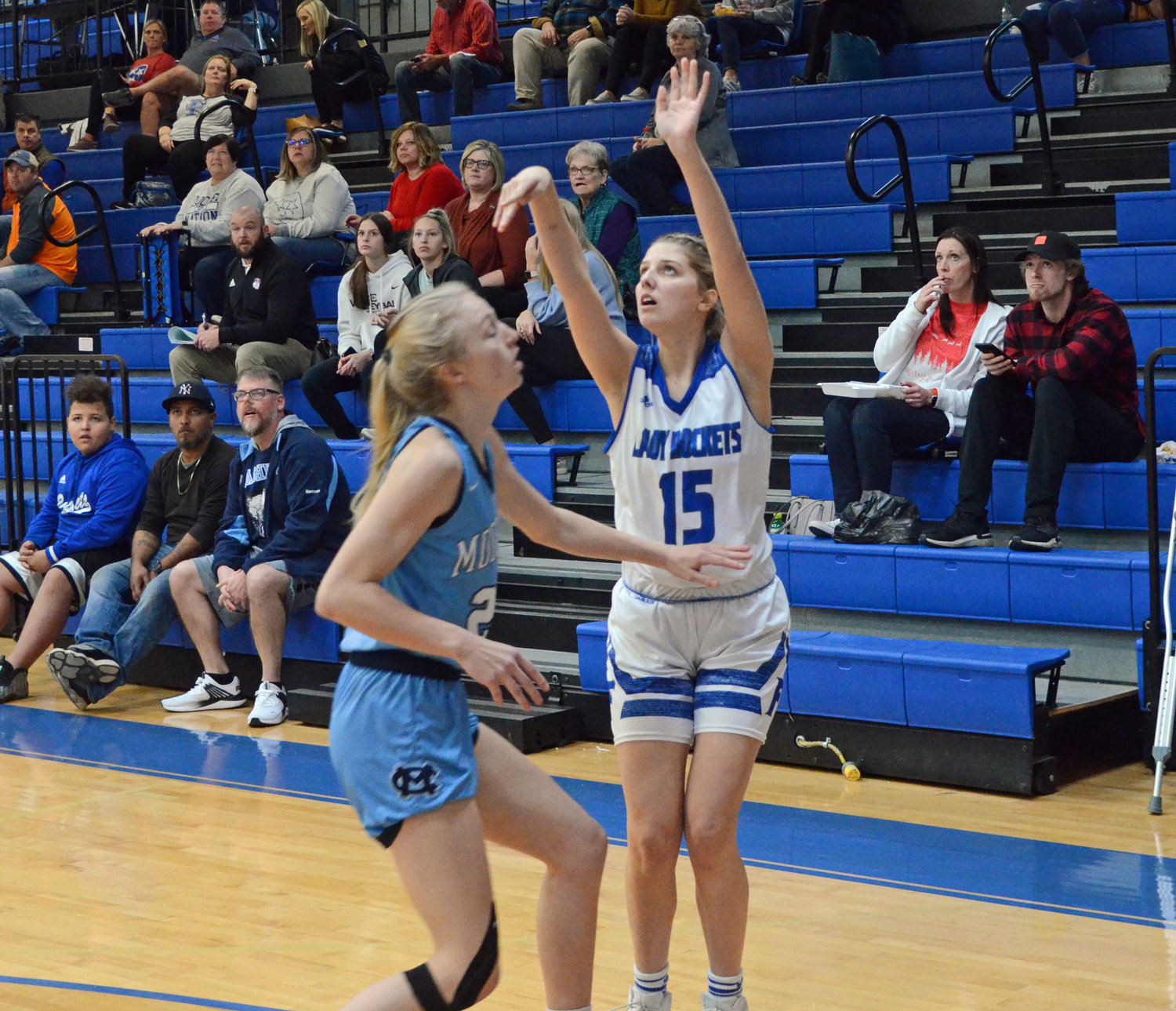 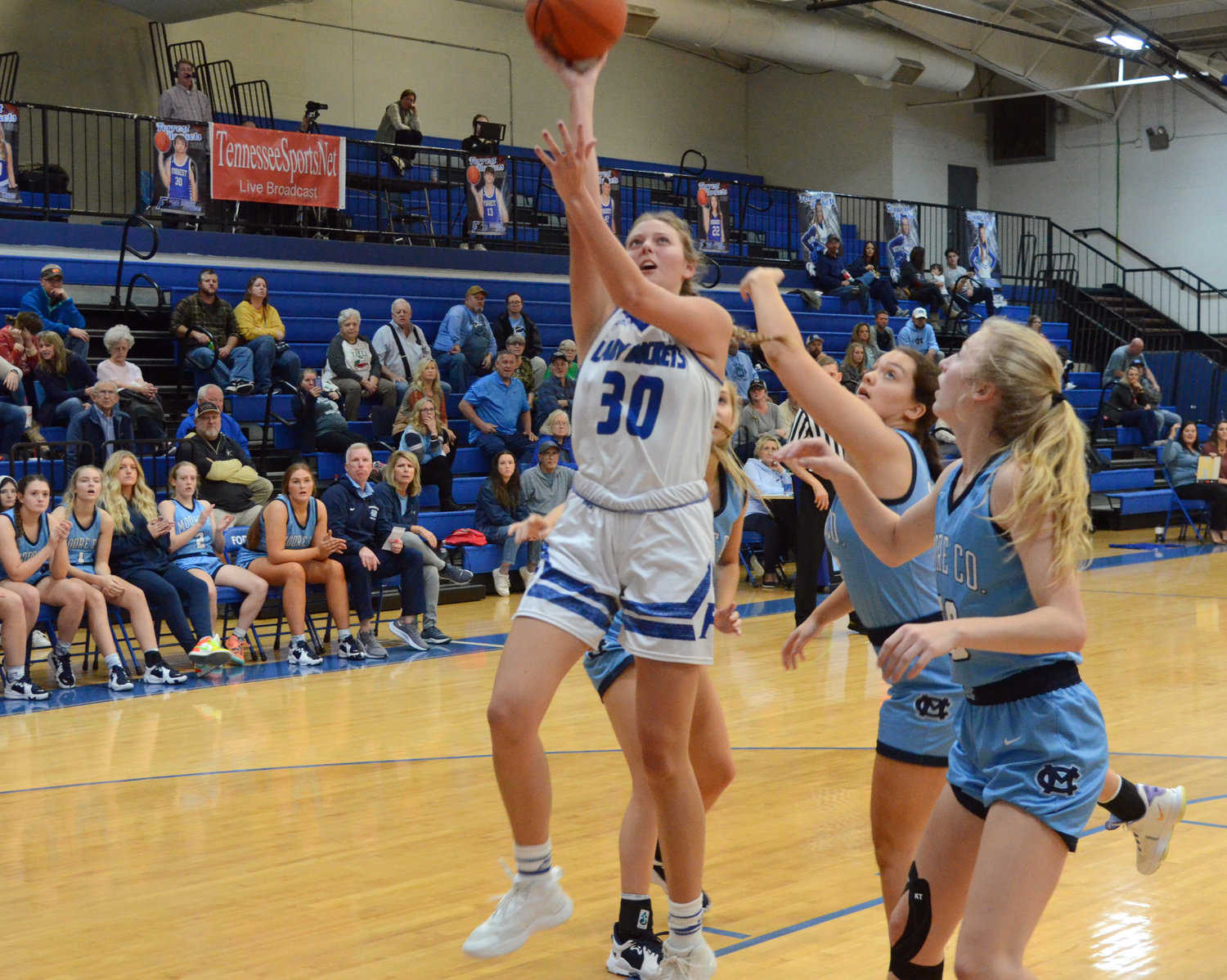 Ryann Lewis (30) takes the rock strong to the hoop versus the Raiderettes. 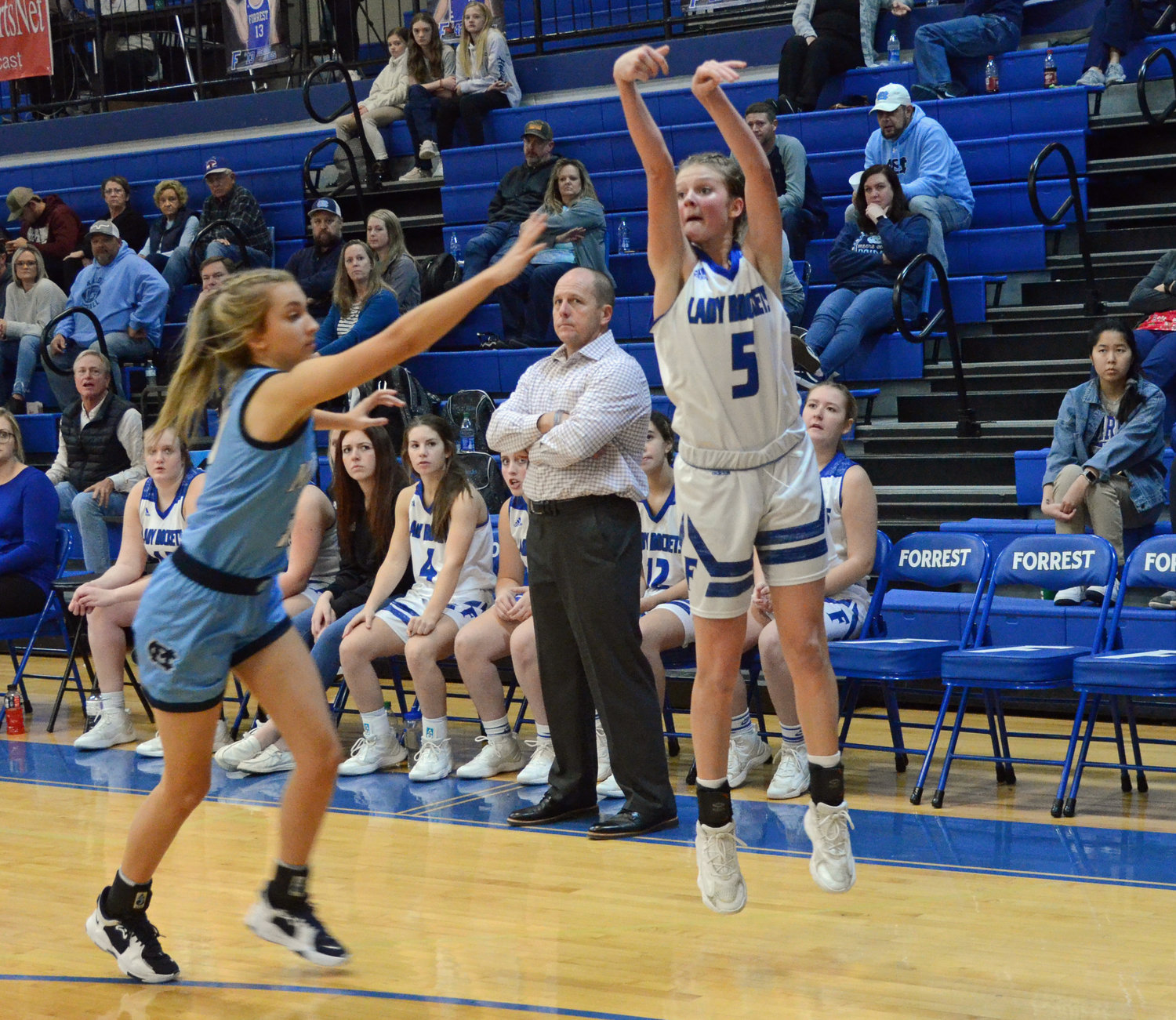 After winning their first two games to start the season, the Forrest Lady Rockets have lost six straight, including a 52-41 setback to Moore County Tuesday night at Chapel Hill.

It was the second loss of the season to the Raiderettes (6-4), who took advantage of a pair of hot hands in Olivia Richards with 21 points and Ellie Graham with 20.

Bunty nailed a 3-pointer to start the game as the Lady Rockets led by as many as seven points at 13-6 after a Chapman rebound and put-back.

Graham came up with a 3-pointer and a field goal to make it a one-point game before Chapman knocked down another put-back at the buzzer for a 15-11 Forrest lead.

Moore County came back to tie the game at 17 and then at 19 before an Inlow 3-pointer gave the Lady Rockets a 22-19 lead with three minutes to go in the first half.

Graham and Kirby exchanged buckets, but the Raiderettes scored five straight and led 26-24 at halftime.

Moore County came out of the locker room on fire, going on a 12-2 run, including a pair 3-pointers by Richards that gave the Raiderettes a big 38-26 lead.

The Lady Rockets had another lapse to start the fourth quarter and it cost them as the Raiderettes put more distance on the scoreboard as they stretched their lead to 15 points at 46-31.

A Kirby three-bomb staved off Lynchburg for a moment, but Forrest could not muster a comeback and fell by the 11-point margin.