Hornets hang on to beat Rockets

The contest was neck-and-neck most of the way with …

Hornets hang on to beat Rockets 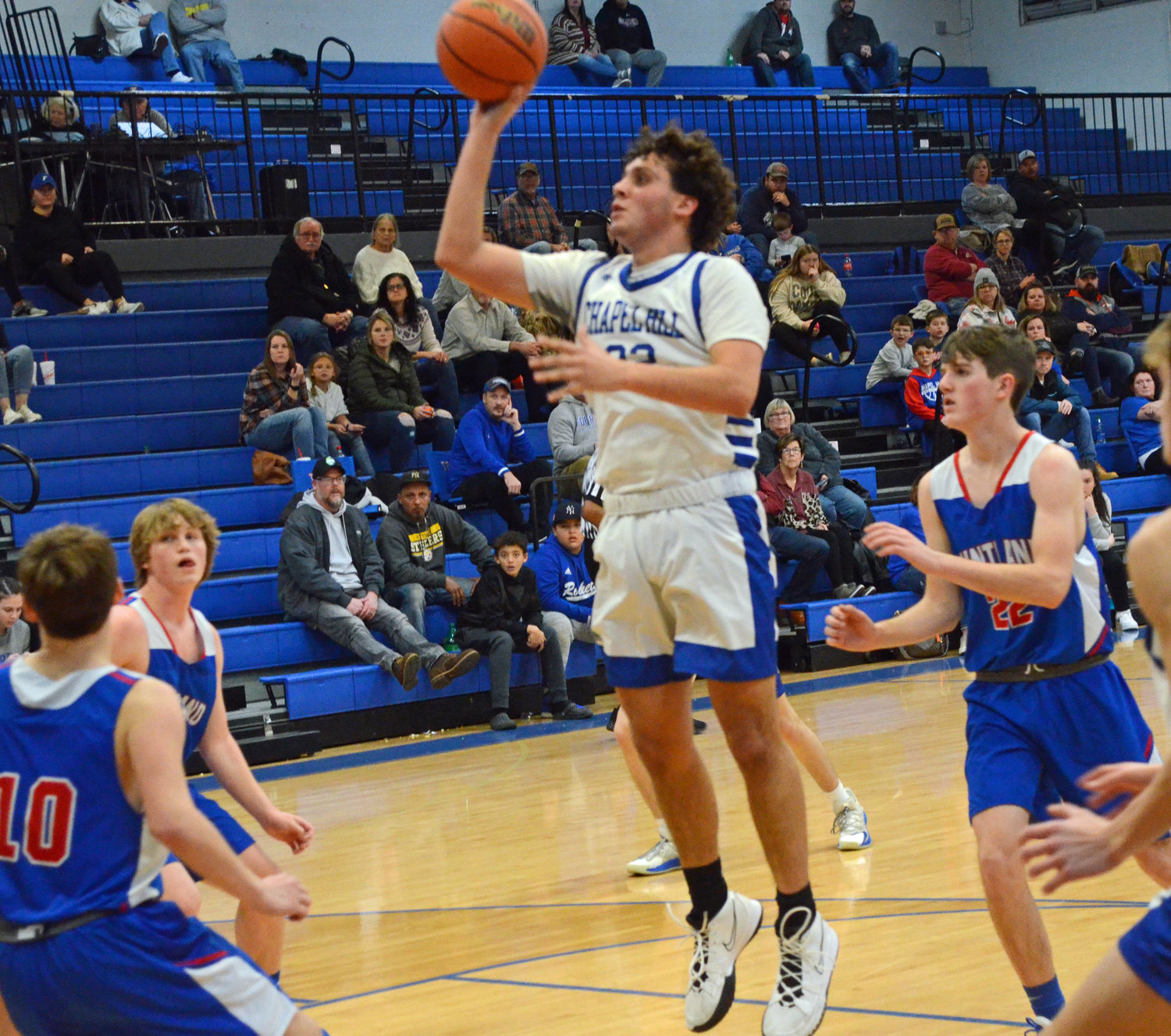 Davin Porter (22) knocks down a short jumper in the lane for two of his 10 points in the contest.
Tribune photos by Anthony S. Puca 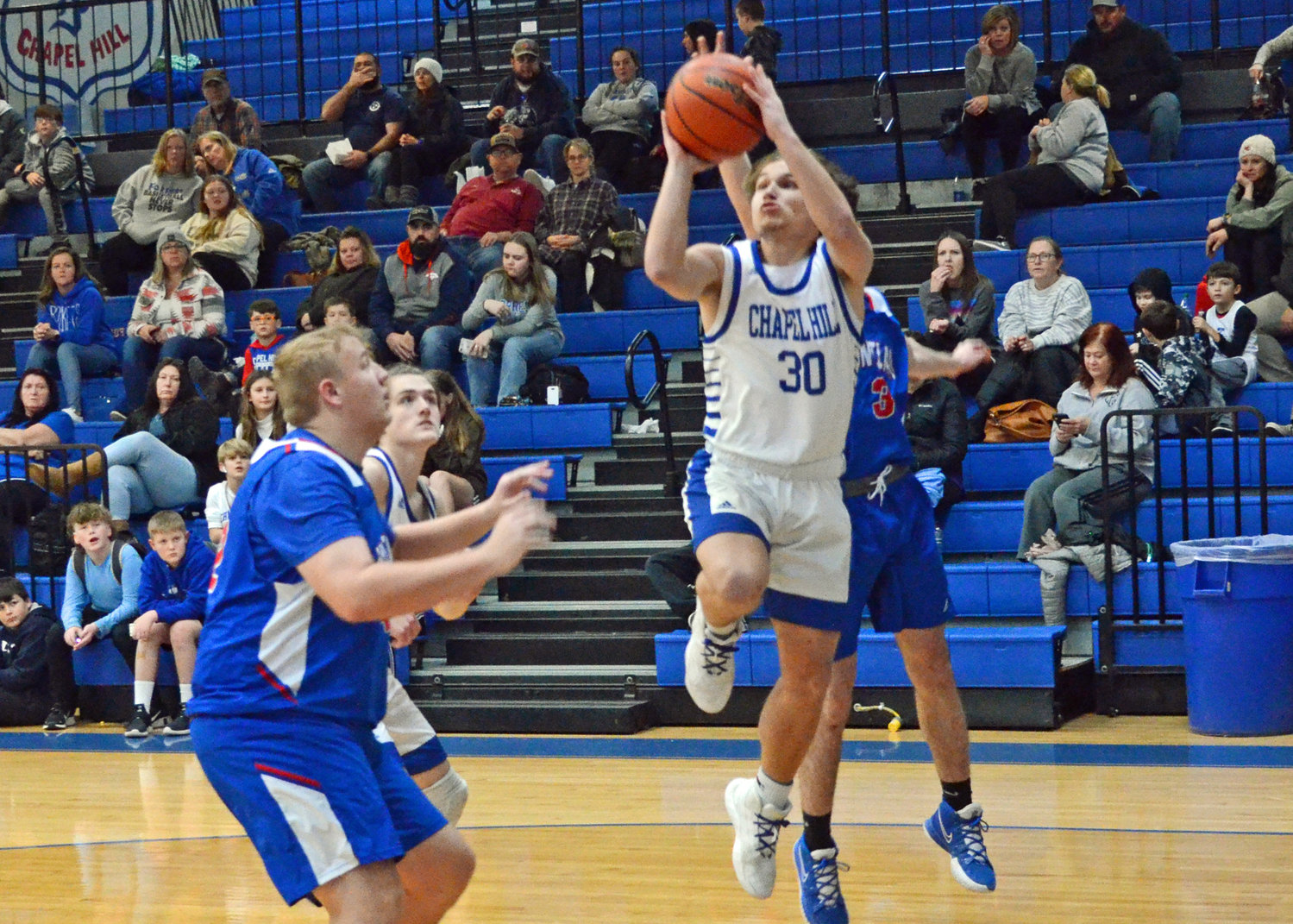 Andrew Timmons (30) had eight points for the Rockets. 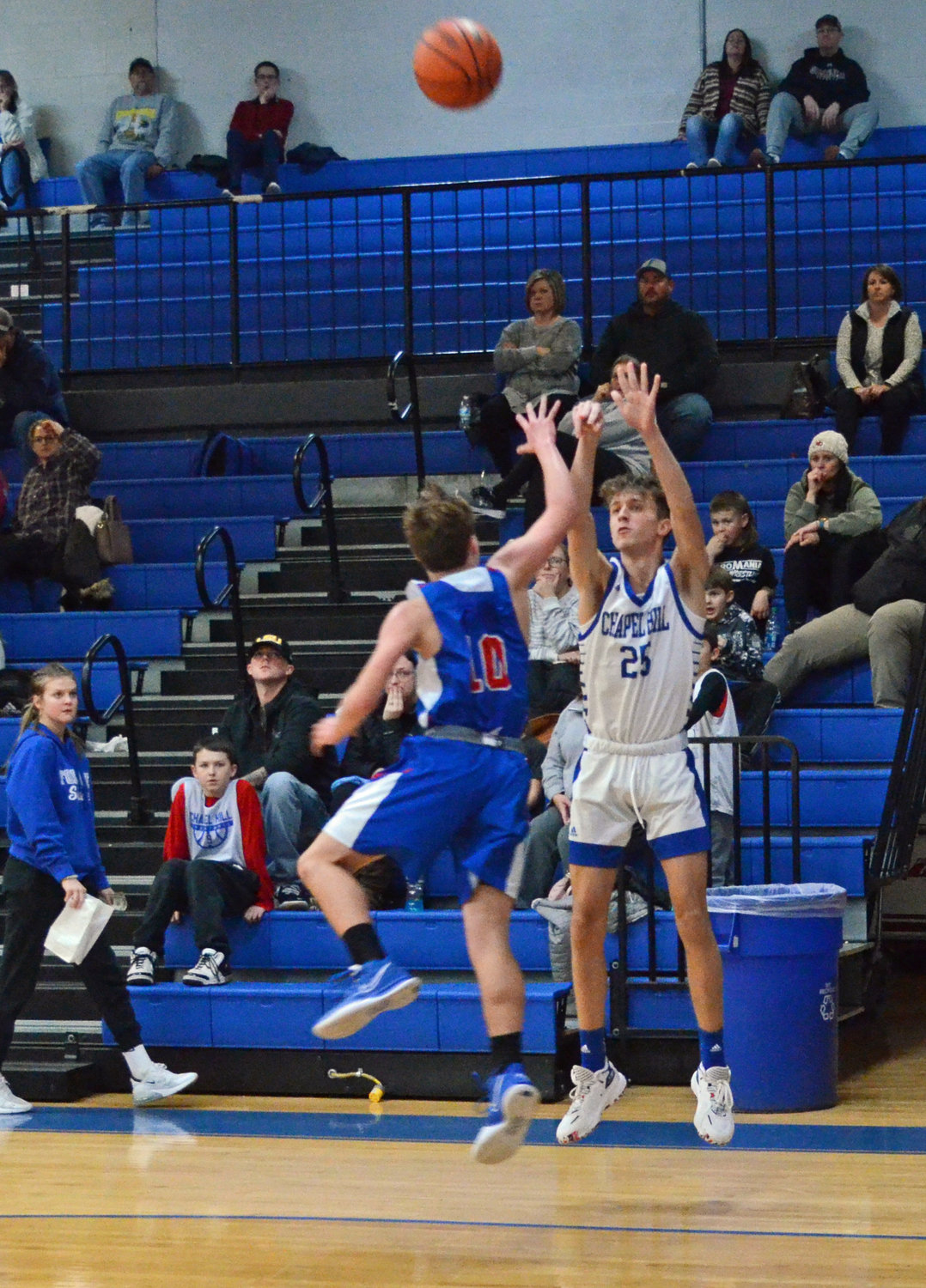 Bray McCown (25) buries a 3-pointer to cut the Huntland lead to three points at halftime. 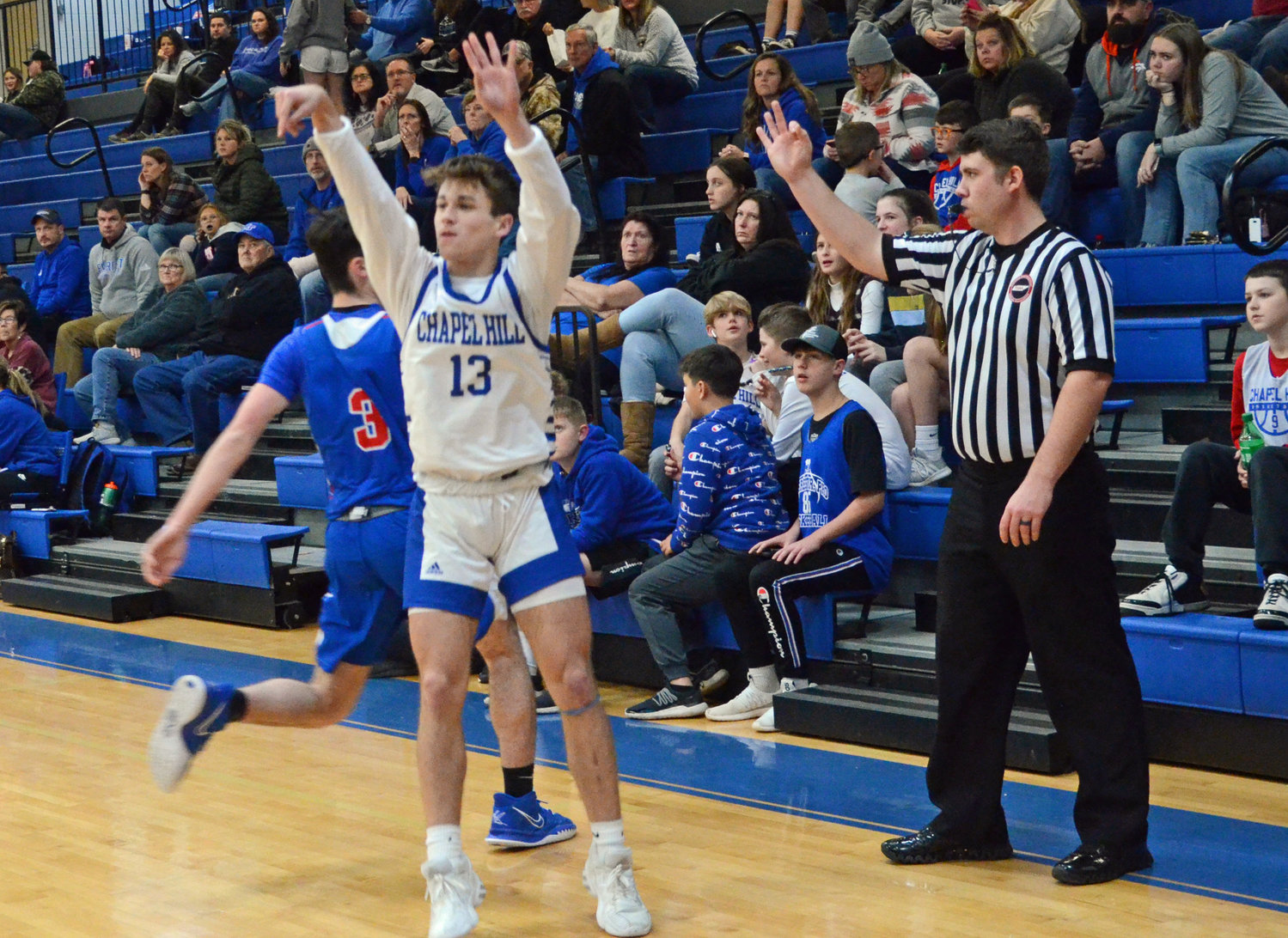 The contest was neck-and-neck most of the way with the biggest lead of the game coming at the very end as the Hornets outlasted the Rockets 56-48.

Braylin Phillips had a huge game for the Hornets, scoring a game-high 24 points and he turned in a solid 8-for-12 performance from the free throw line.

Eli Wiggs and Zeier Golden were also in double figures for Huntland with 14 and 10 points respectfully.

The Hornets shot 23 free throws in the contest, making 13 while the Rockets managed just three charity shots and converting one for a 12-point difference from the free throw line.

Hunter Bennett led the Rockets in the scoring column with 13 points and Deason Jones and newcomer Davin Porter had 11 and 10 points respectfully.

Andrew Timmons had eight points and a pair of 3-pointers while Brennan Mealer and Bray McCown canned one long bomb apiece for the Rockets.

Bennett scored on the first possession of the game for the Rockets and the first quarter was a seesaw affair with both teams scoring 10 points.

Jones came up with a bucket early in the second period for Forrest before the Hornets went on a 6-0 mini-run.

Mealer came up with his lone 3-pointer in the contest and then the Hornets rebuilt a six-point lead at 23-17 before McCown buried a long range bomb from the corner to make it a 23-20 contest at halftime.

The first six minutes of the third quarter was an uphill fight for the Rockets as they kept trying to even the score as the Hornets maintained a small lead until Timmons tied the game at 36-36 with a 3-pointer with 2:01 remaining in the stanza.

Phillips and Wiggs drilled back-to-back 3-pointers to answer again, but a Porter bucket in the paint made it a 42-38 contest, entering the fourth quarter.

The outcome was unclear for the majority of the final stanza as the Rockets kept battling and trailed by two points on two occasions early until the Hornets got to the 50-point mark and led by six points.

Timmons came up with a basket to make it a 50-46 contest, but the Hornets closed it out with a 6-2 run to end the game.