What began for Camden Vaughn years ago as a simple backyard t-ball game with his siblings became a lifelong passion and love for the game.When he got to Chapel Hill his sophomore season, … 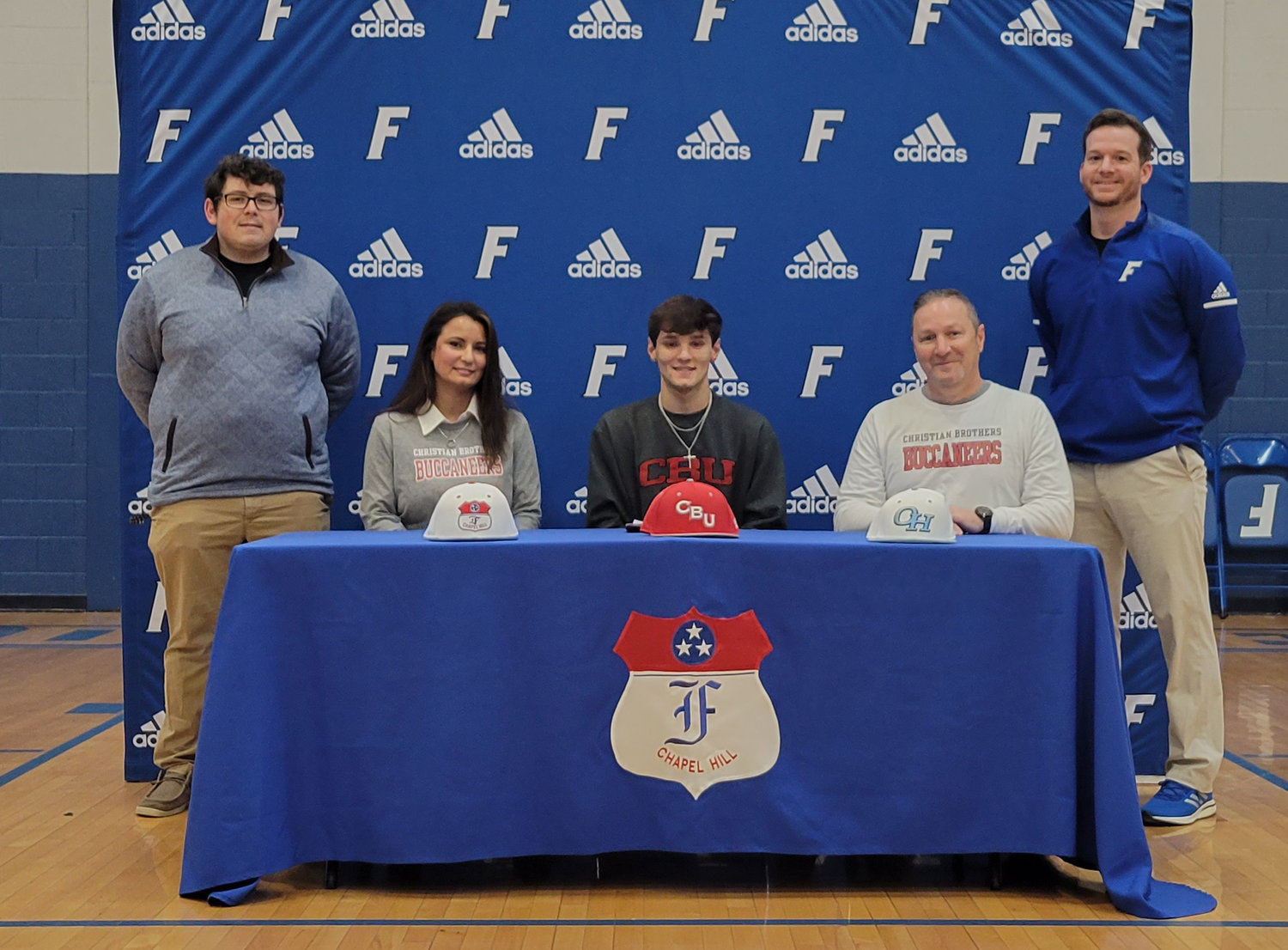 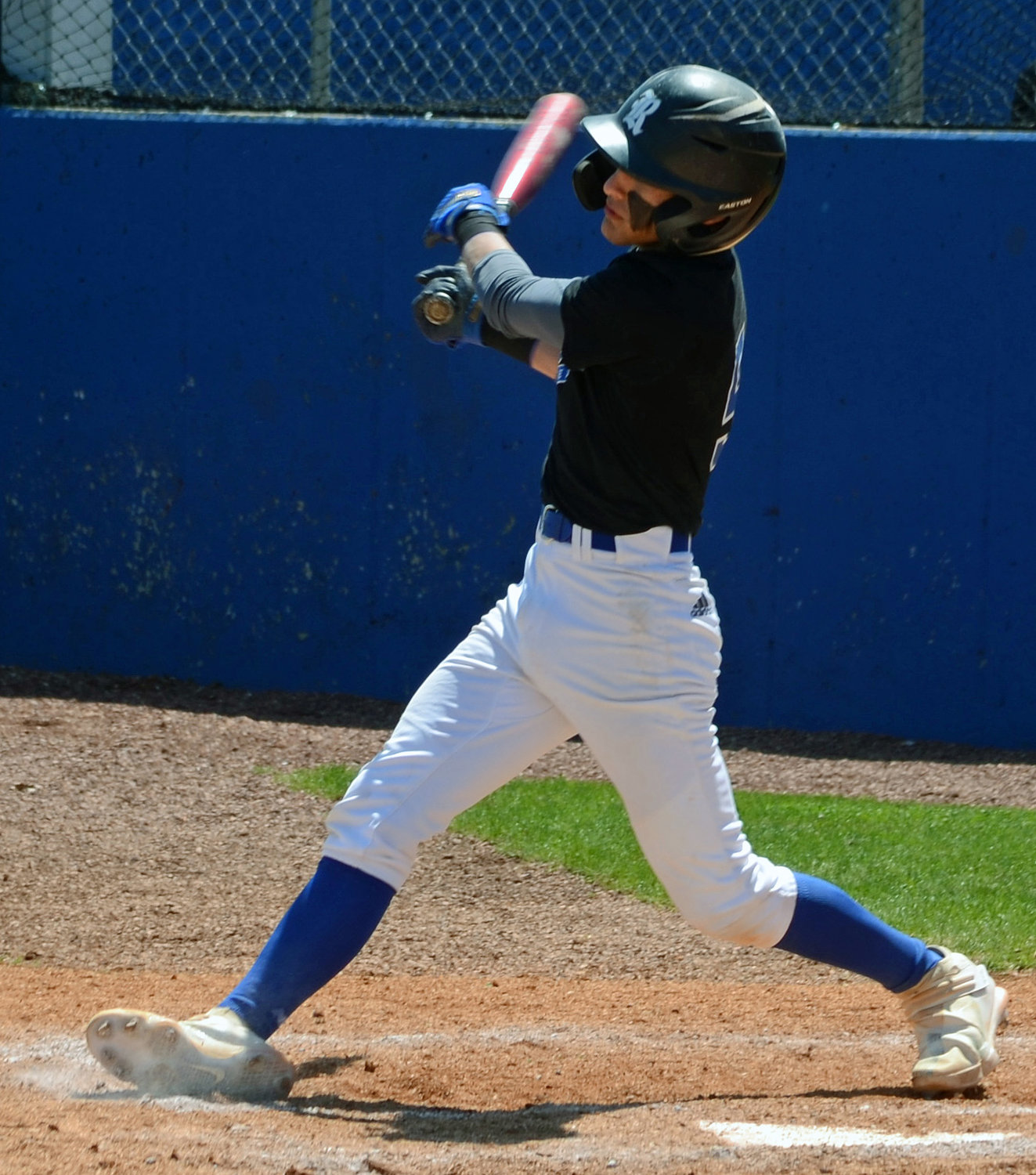 Vaughn was a spark plug for the Rocket batting lineup, posting a batting average over .380 and posting the third-best on-base percentage in the state.
Tribune File Photo by Anthony S. Puca
Previous Next
Posted Wednesday, March 9, 2022 9:17 am
By Chris Siers ~ sports@t-g.com

What began for Camden Vaughn years ago as a simple backyard t-ball game with his siblings became a lifelong passion and love for the game.
When he got to Chapel Hill his sophomore season, Vaughn’s work ethic and dedication to his dream of one day playing college baseball didn’t go unnoticed to coach Andy Burkett.
That drive eventually led Vaughn to sign his letter of intent to continue his baseball career in college with Christian Brothers University, in Memphis.
“Cam is the type of guy that is the epitome of what we want from a Forrest Rockets baseball player. He’s gritty, he’s competitive and he’s got a strong work ethic. Any time you’re here at Forrest, if he’s not studying or working out, then he’s doing something baseball related, one way or another,” Burkett said.
“That leadership kind of bleeds into our other guys. He’s picking guys up and taking guys to get extra work in the cage and work on different things from a hitting perspective.”
When everything aligned, Vaughn made it official and signed his letter of intent in front of a crowd of family and his Forrest Rocket baseball teammates.
“It’s been a long journey. I’ve definitely put the work in. It’s something I’ve been looking forward to since I was a little kid. It’s definitely been a dream of mine. For it to all come together, it’s a very emotional day for me,” Vaughn said.
“Ever since he moved to Forrest when he was a sophomore, his mindset was to play college baseball. When you set the tone, you’re vocal about what your goals are and you put the work in to accomplish those goals, you get to see him accomplish something like he did today and sign with Christian Brothers. It’s awesome,” Burkett said.
Vaughn’s impact with the Rockets can’t be undervalued.
He’s established himself as the everyday backstop for the Rockets and last year, competing in a brutal District 12-AA schedule, Vaughn earned District Catcher of the Year honors, while building a stellar batting average and becoming of the best players in the state in his on base percentage.
“We were in a really tough district in 12-AA last year and he was the District Catcher of the Year. He had over a .380 batting average, his on base percentage was close to .500 and he was third in the state in on base percentage,” Burkett said.
That ability to get on base was a spark plug for the Rocket offense.
“He’s the type of guy when you have him at the top of the lineup, he’s a table setter. Once he gets on base and we’re able to drive guys around, he’s the type of dude who gets our offense going. He’s just the heartbeat of our team for the most part,” Burkett added.
When it came to picking a school to spend his college career, Vaughn had a handful in the running, but ultimately, building a relationship with the Christian Brothers head coach helped make his decision.
“I had a few school schools, one in Ohio and one down in Texas, but Coach (Lee) Parks really stood out to me. He’s a great coach and a great guy. He’s got the background catching at Mississippi State. I just want to be around that program. It’s a great program,” he said.
While he didn’t arrive in Chapel Hill until his sophomore season, it became a perfect marriage between the 2021 Catcher of the Year and the Rockets.
“When I moved here, meeting this group of guys, this is my favorite team. Every memory I have with them is definitely my favorite. Definitely the greatest team I’ve been around. I love the program and wouldn’t want to be anywhere else,” he said.
With the stresses of finding a college in the books, Vaughn says now the focus is having the best senior season before shipping off for his college baseball career.
“I’m zoned in and want to have a good season with my senior friends. It’s our last ride. I want to do something good for them, possibly bring the first state championship here for the baseball team. That’s my goal for now,” he said.
Vaughn plans to pursue a degree in biology and become an orthodontist.