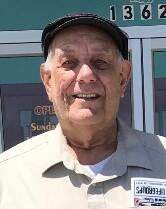 There will be no scheduled service at this time. Heritage Funeral Home in Columbia is assisting the family with arrangements.

Born on June 4, 1942, in Barre, VT, Gerald was the son of the late Henry D. Hutchins and the late Dorothy B. Crockett Hutchins. He was a graduate of Groton High School in Groton, VT and previously worked as a master stone cutter. He was a Deputy Sheriff in Orange, VT, a Volunteer Fireman in Orange, VT, and a Volunteer Security Officer at the Tennessee Walking Horse Association in Shelbyville, TN. He loved people and had many beloved friends. Gerald also enjoyed woodworking.

In addition to his parents, he was preceded in death by his great-granddaughter, Nevaeh McNeese and son-in-law, Jay Curry.