The Forrest Lady Rockets opened up the District 7-AA Tournament Monday night at the Field of Dreams in Chapel Hill with a bang, run-ruling Grundy County 17-0 in four innings. 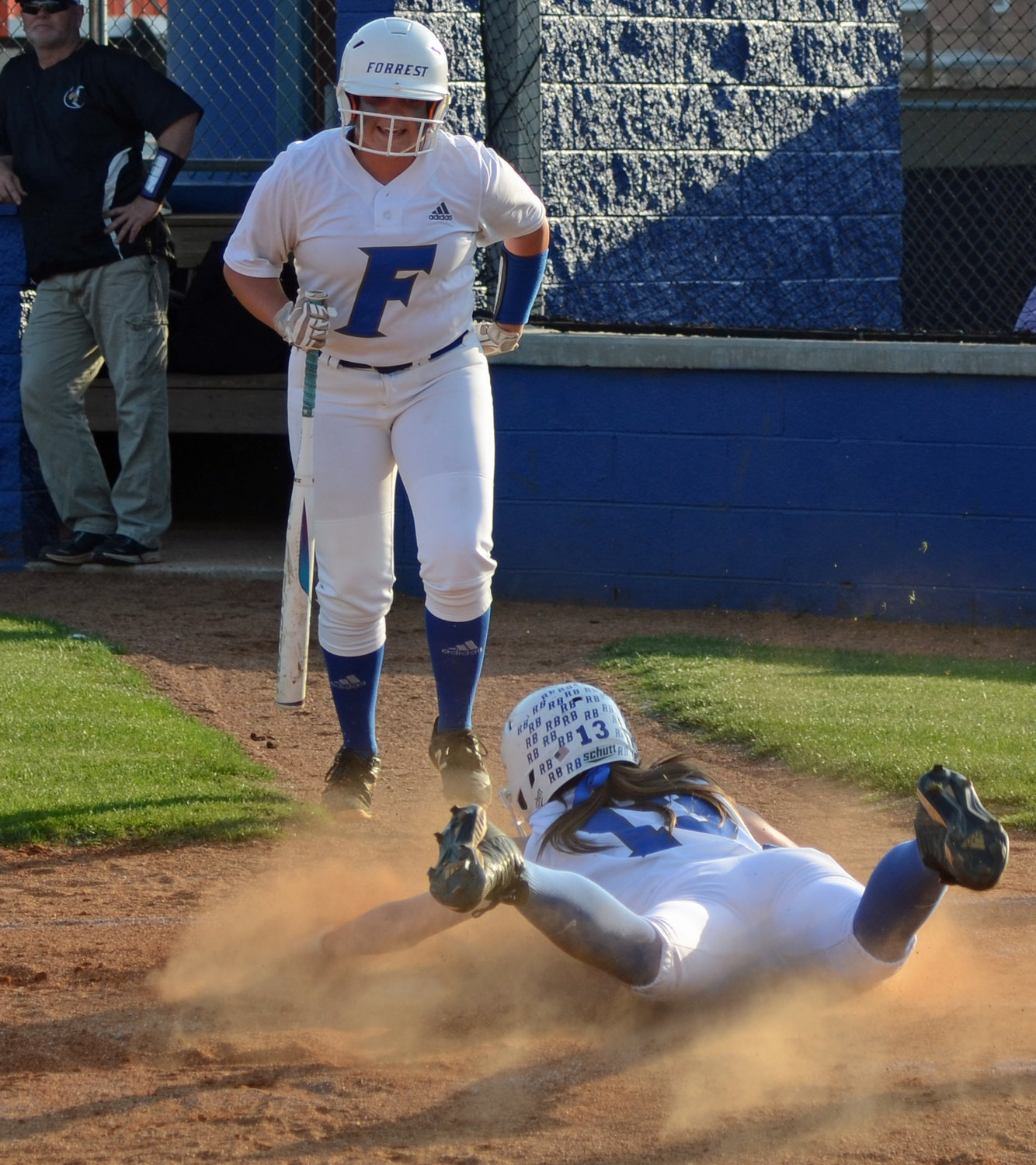 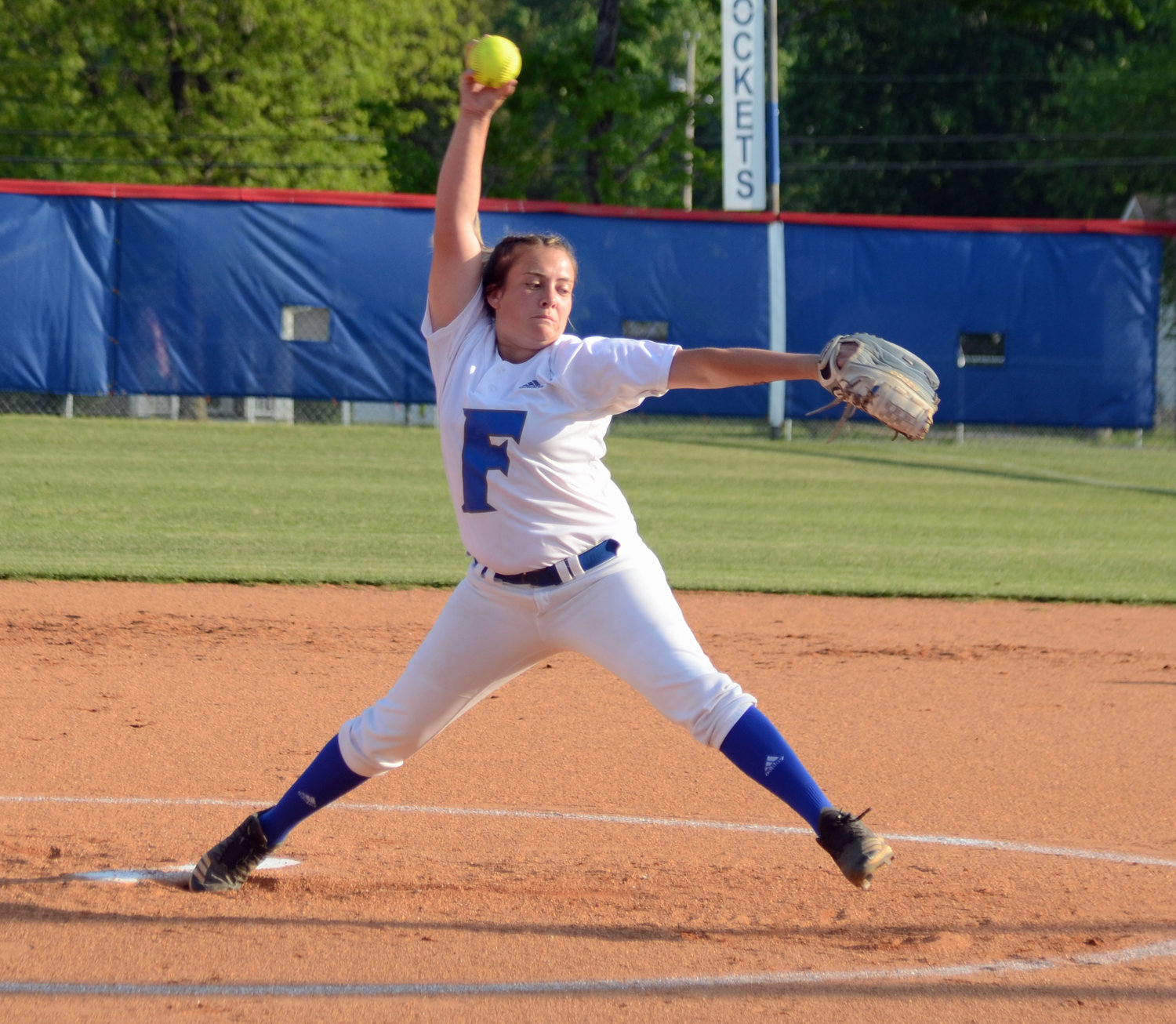 Junior Julie Williams picked up the win in the circle for the Lady Rocket’s in their 17-0 run-rule win over Grundy County in the opening round of the District 7-AA Tournament at the Field of Dreams in Chapel Hill Monday night. 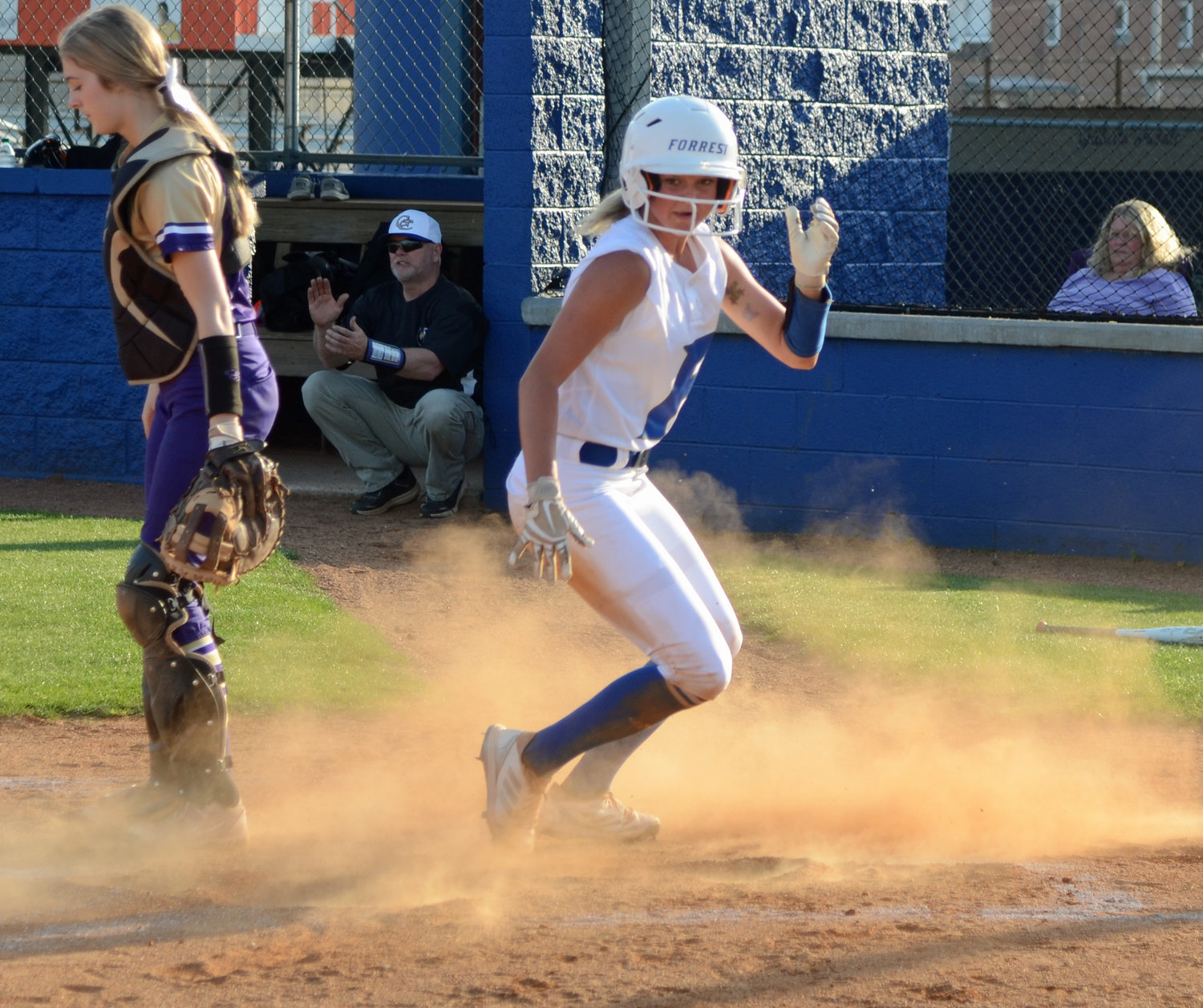 Macyn Kirby, who went 3-for-3, slides home to make it 1-0 in the bottom of the first inning.

Briley Burnham drills a two-run double in the bottom of the third inning. 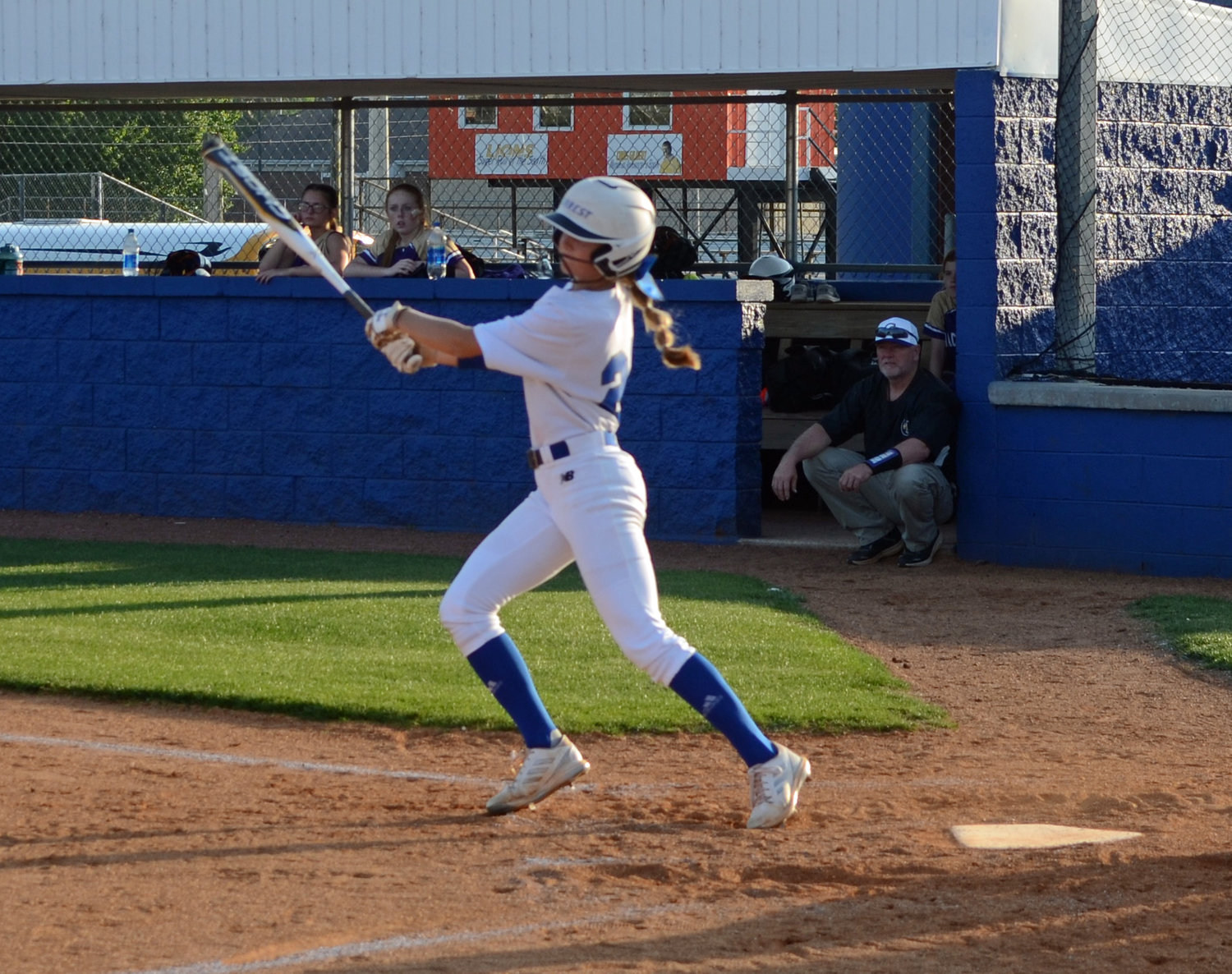 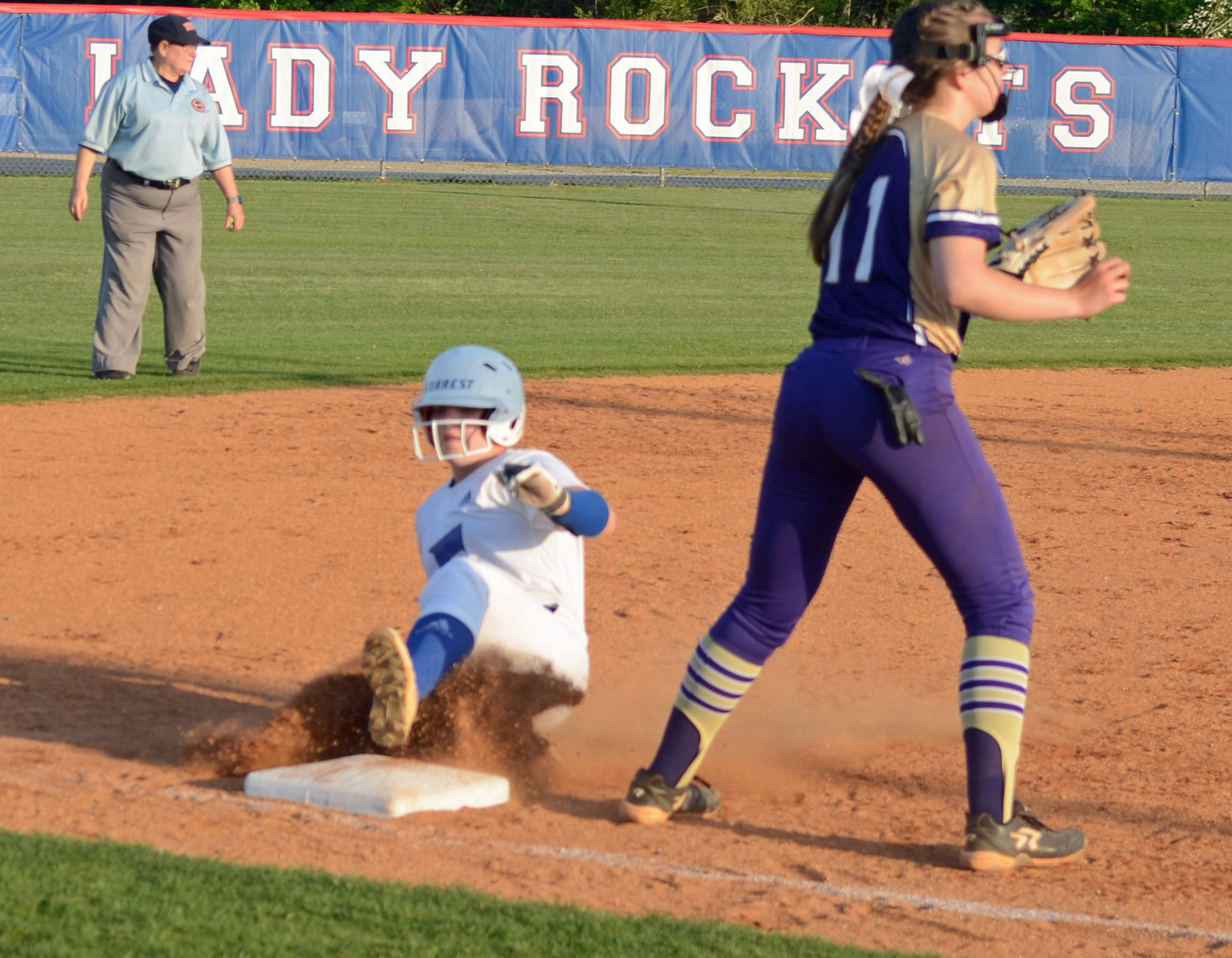 Christa Warren steals third base in the bottom of the second inning. 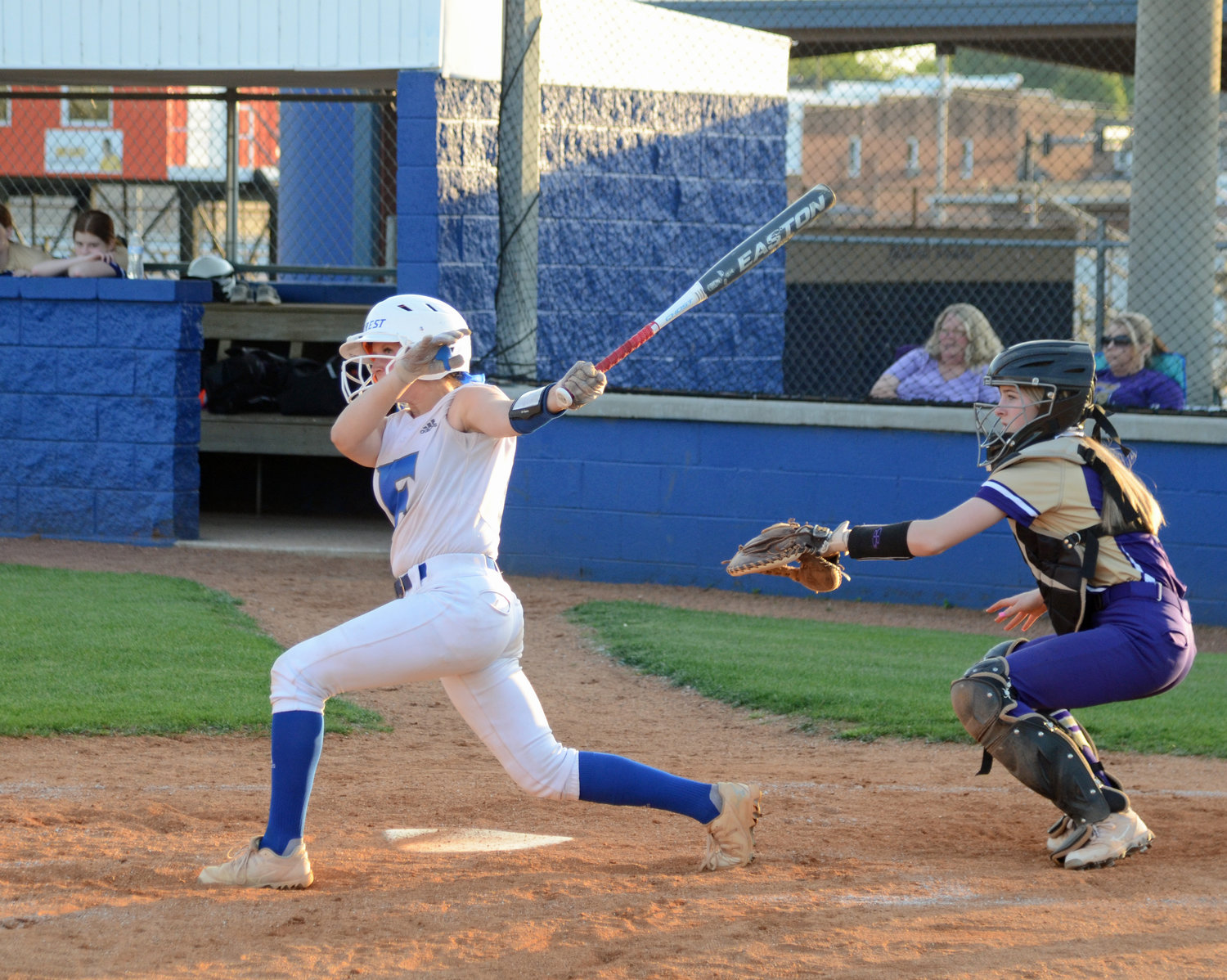 Parker Wales rips a double to lead off the big, nine-run third inning. 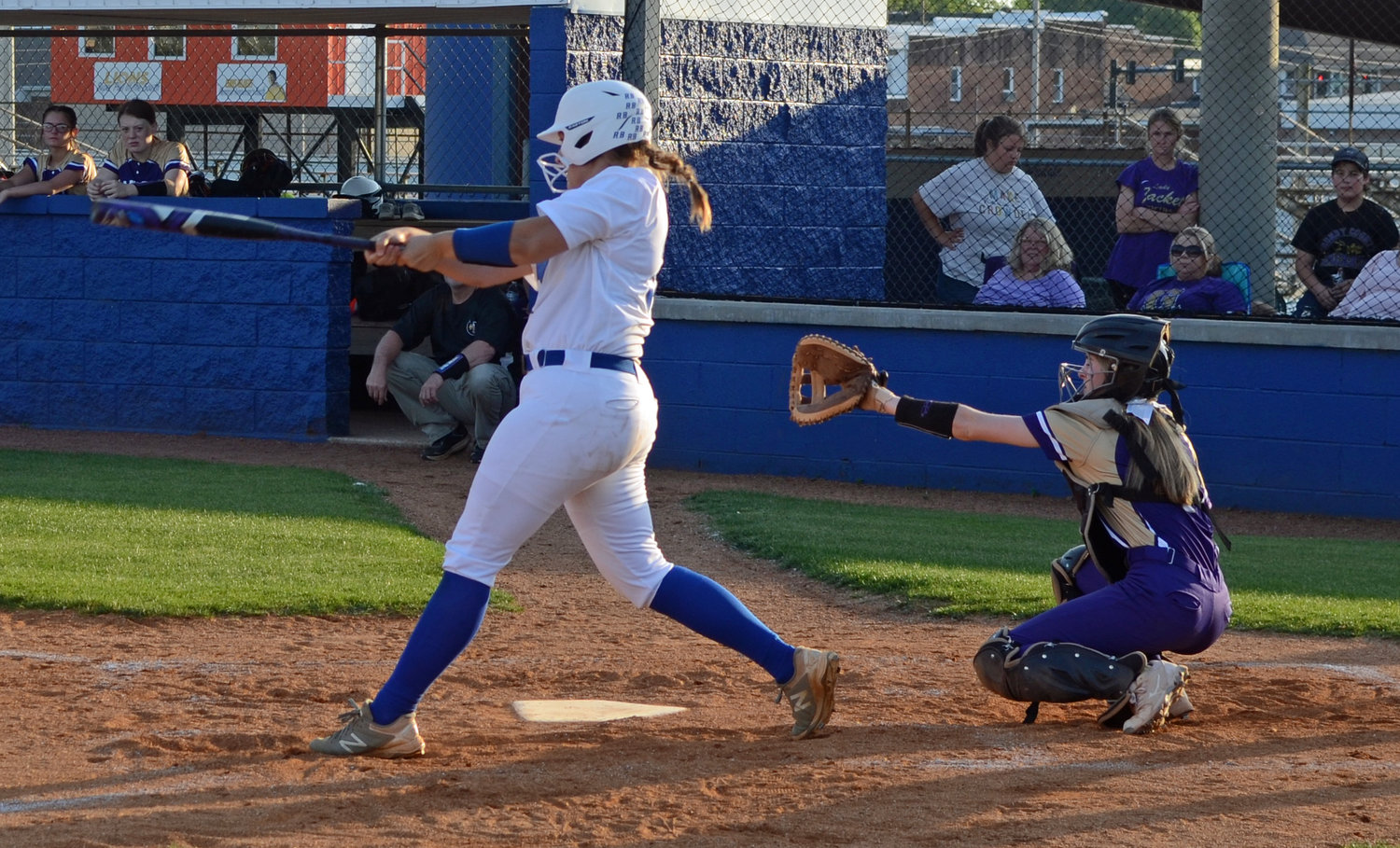 Sarah King strokes an RBI base hit for the Lady Rockets. 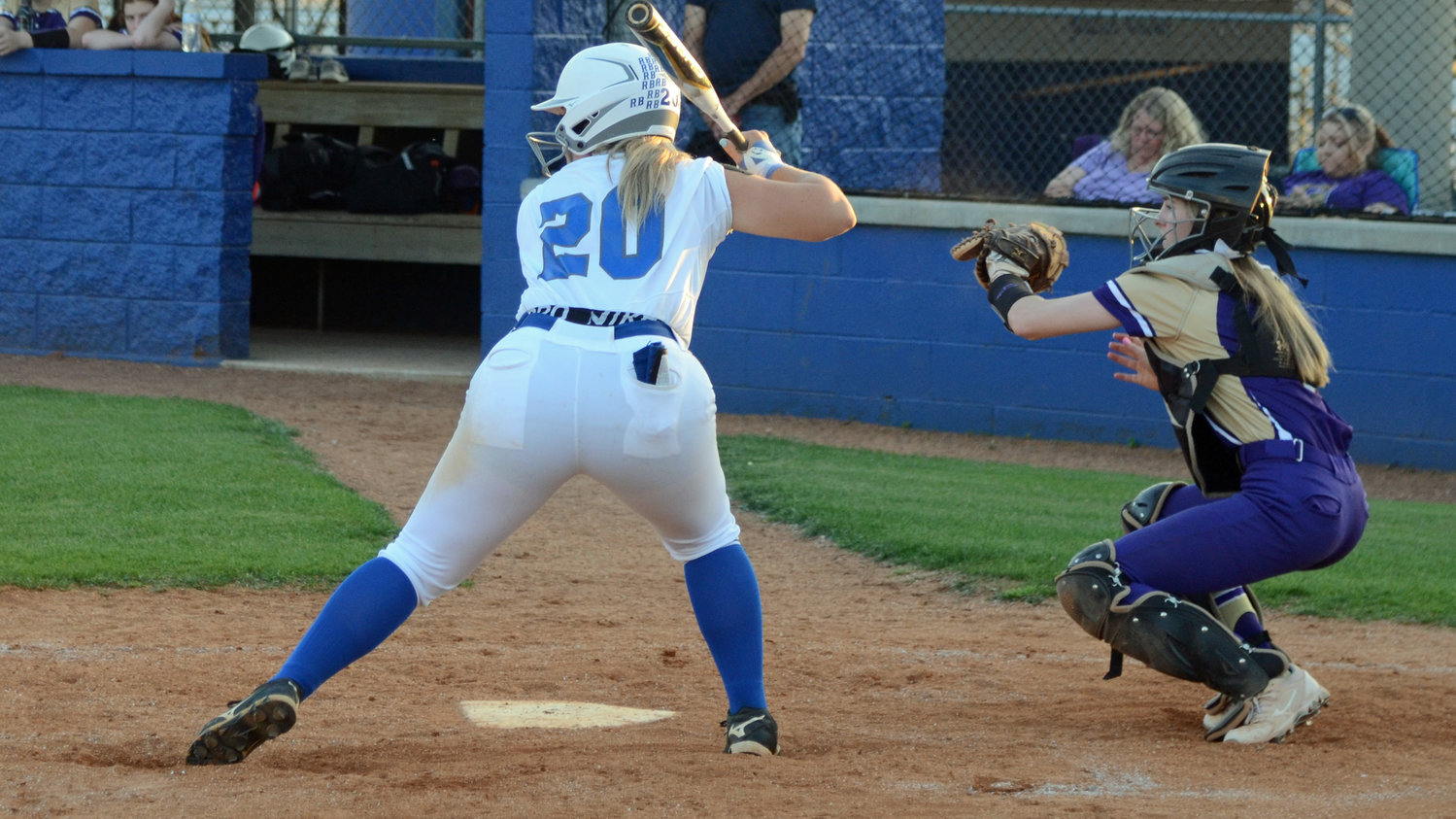 Leslie Bartoli strokes an RBI pinch-hit double in the third inning.
Previous Next
Posted Tuesday, May 10, 2022 9:04 am

“We told them, ten games gets you there (state tournament), so we are just going to take it one at a time and hopefully we got a good start with number one.””
Forrest coach Shelby Lightfoot
By Anthony S. Puca Sports Writer

The Forrest Lady Rockets opened up the District 7-AA Tournament Monday night at the Field of Dreams in Chapel Hill with a bang, run-ruling Grundy County 17-0 in four innings.

The Lady Rockets banged out 13 hits in the contest and were also helped by seven Grundy County errors.

“We preached a little bit about how to start and how we finish,” Forrest coach Shelby Lightfoot said. “We told them, ten games gets you there (state tournament), so we are just going to take it one at a time and hopefully we got a good start with number one.”

Macyn Kirby continued her torrid streak at the plate with another perfect night, setting the table from the lead off spot with three hits in three at bats and the junior shortstop scored three runs and stole a base.

Senior Addison Bunty went 2-for-2 with four RBIs and two runs scored, electrifying the crowd in the bottom of the first inning when she stroked a laser single to left field with two runners on base and when the ball got past the Grundy County left fielder, Bunty raced around the bases to make it a 4-0 ballgame.

“We are still working on getting more line drives and ground balls,” Lightfoot said. “I still felt like we got a few in the air that we have to get back down, but other than that I thought we hit the ball hard.”

Julie Williams started in the circle for the Lady Rockets and after some early trouble, Williams settled in to pick up the shutout win, giving up three hits while striking out seven and walking one Grundy County batter.

Jenna Helton led off the game with a base hit for the Lady Yellow Jackets and Kendal Winter followed with a base on balls.

Keeley Cantack sacrificed both runners up to second and third before Williams went to work, striking out the next two Grundy County batters to end the threat.

“I thought she (Julie) did a good job when she got in to some situations, working herself out of that,” Lightfoot said. “We just have to get ahead a little bit more, we were working through some of the mechanics stuff getting the ball back into the zone and when she did that she was successful.”

Williams allowed just three more base runners the rest of the contest.

In the bottom of the third inning, Forrest put the game away as they sent 13 batters to the plate and scored nine runs with Bunty and Briley Burnham driving in a pair of runs apiece while Daughrity drove home two runs in two different at bats, and Leslie Bartoli knocked in one run with a pinch-hit double.

“It will be a good game, we saw their number one (pitcher) earlier in the year, so we got to know a little of what they have,” Lightfoot said. “As far as their hitting standpoint, we have seen it with Julie on the mound and a little bit with Ella (Chilton), so we feel like we know how to go that route, but we still have to play defense and hit because they are a good hitting team.”

With a win, Forrest would reach an incredible milestone, improving to 50-0 over the Viqueens since 2002.