The Forrest Middle School Rockets completed an undefeated regular season and made some extra history Thursday night as they pummeled Community 56-0 at the Murrey E. Holton Memorial Field in Chapel … 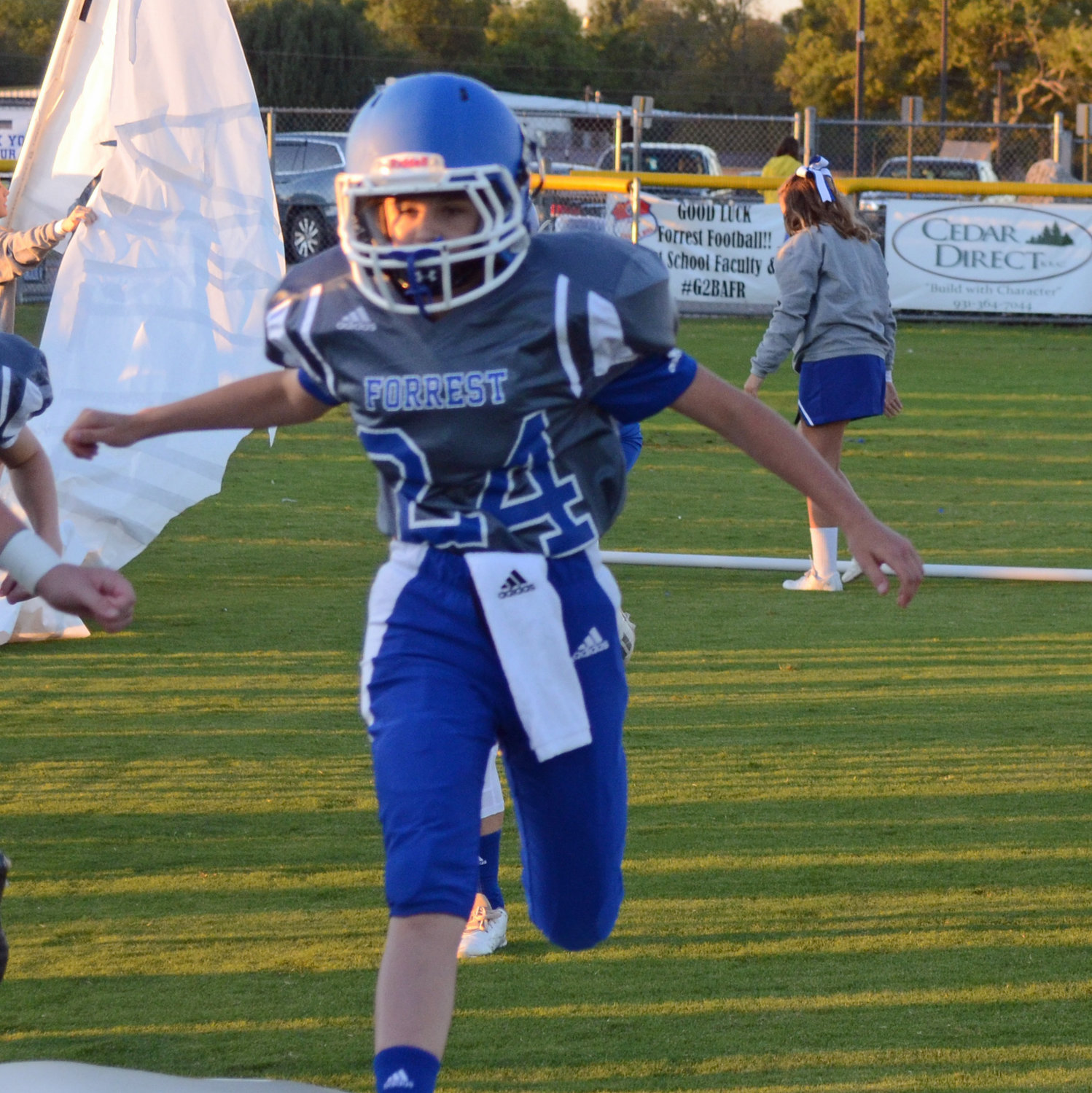 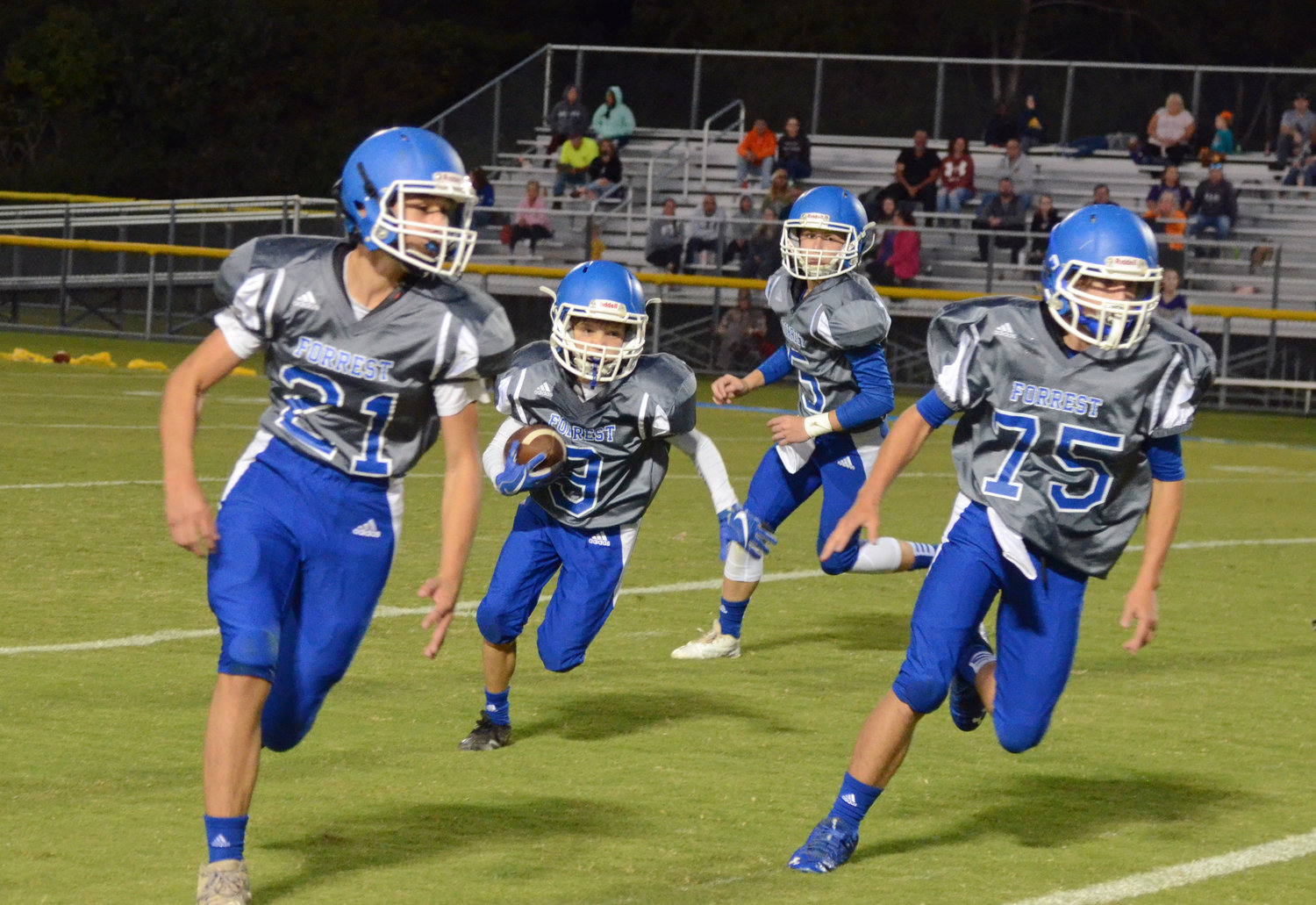 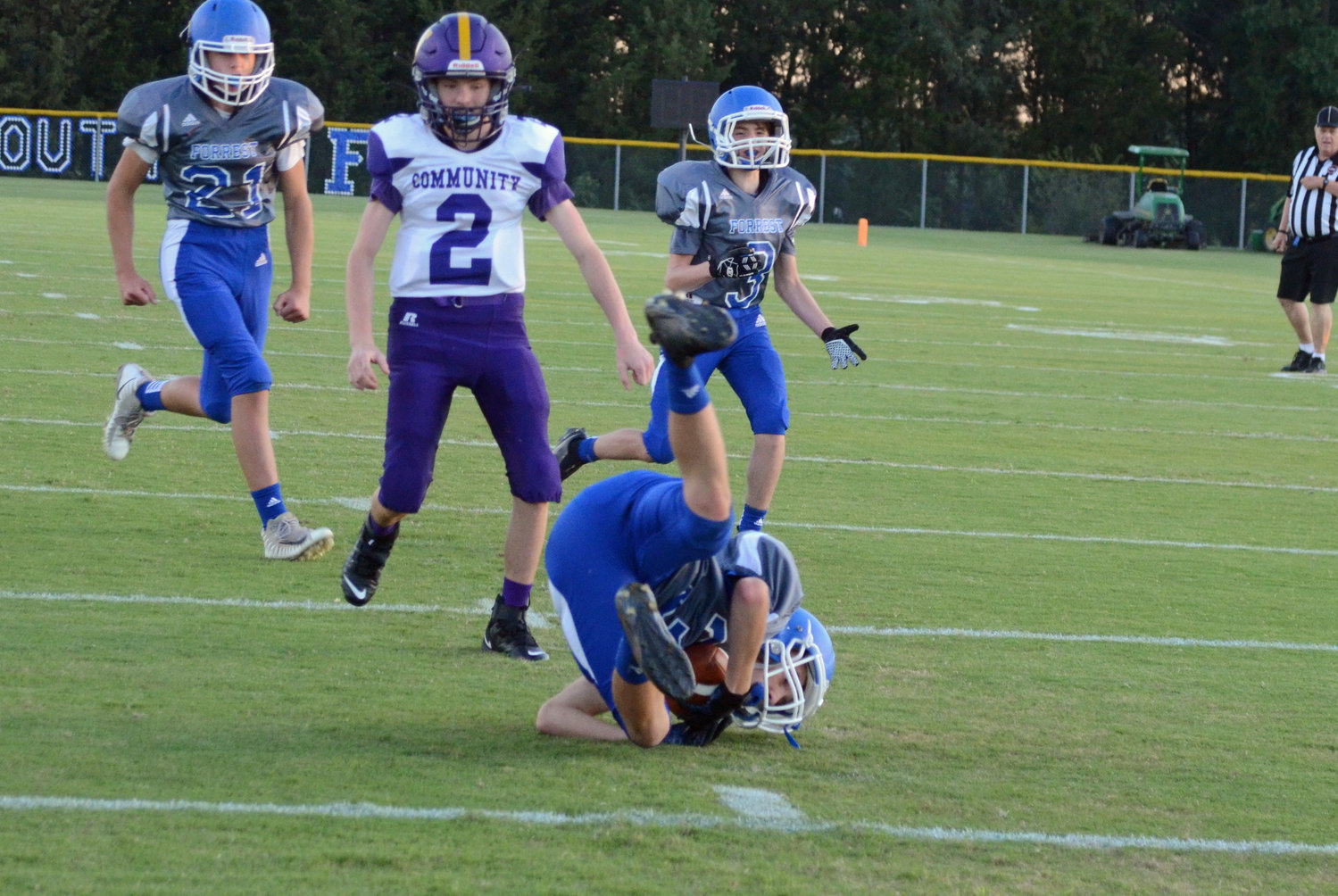 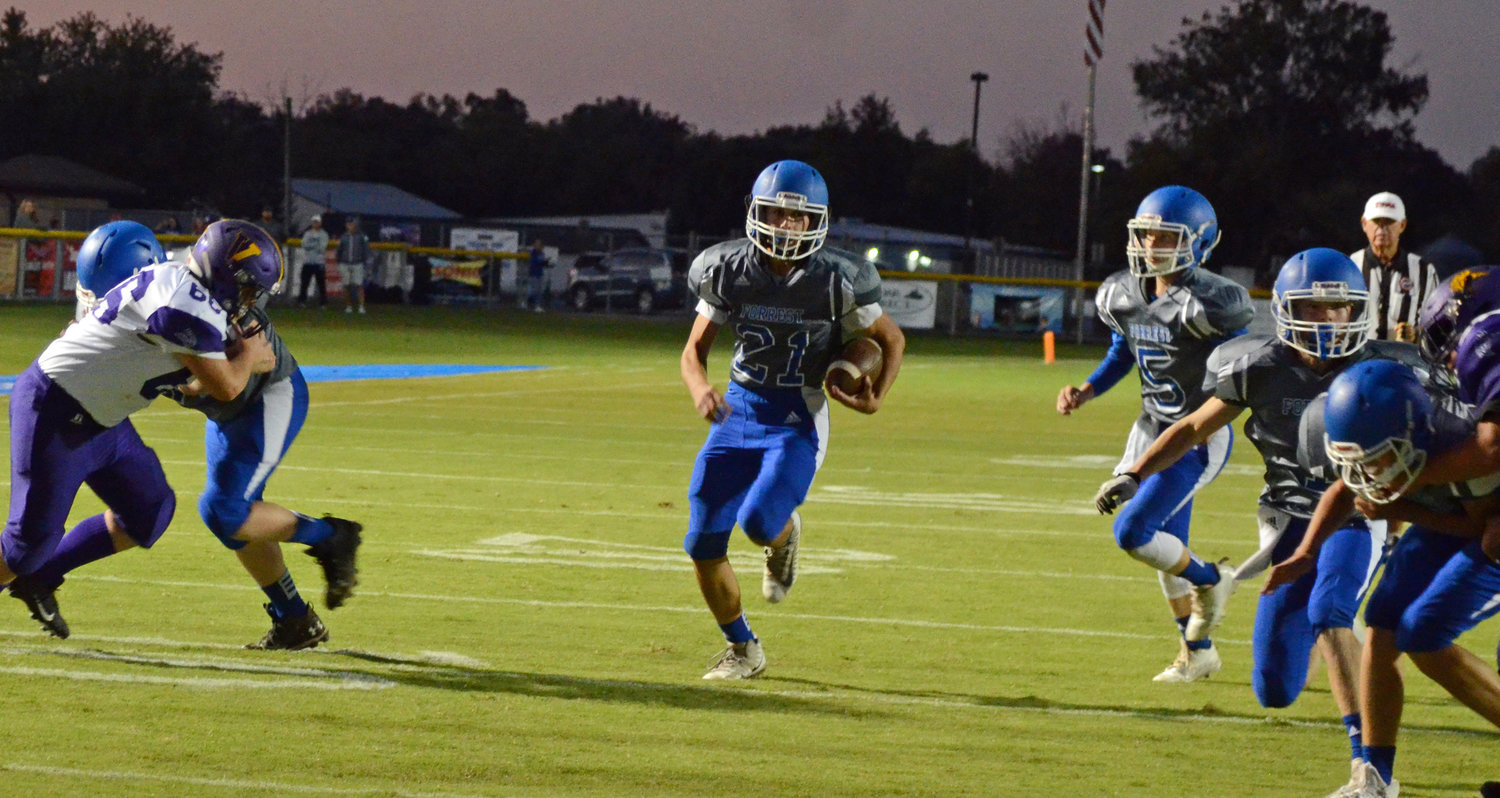 “I was nervous, but after I caught it and scored, I felt good,” Tapp said. “It feels great being the first one to ever do it.””
Skylynn Tapp
By Anthony S. Puca Sports Writer

The Forrest Middle School Rockets completed an undefeated regular season and made some extra history Thursday night as they pummeled Community 56-0 at the Murrey E. Holton Memorial Field in Chapel Hill.

“We have been preaching all week that we have an opportunity here to be the first team in a long time to finish undefeated,” FMS coach Tony Johnson said. “After the game we told them if we lose next week it doesn’t really matter, so we have to have the best week of practice we have had all season.”

The Rockets ran the regular season table to finish 6-0 and with 2:51 remaining in the third quarter, eighth-grader Skylynn Tapp became the first girl to score a touchdown for Forrest when she caught a 2-yard pass from Ryan Hill.

“I was nervous, but after I caught it and scored, I felt good,” Tapp said. “It feels great being the first one to ever do it.”

With the win, the Rockets entertain Fayetteville Thursday night in the Duck River Valley Conference championship game with kickoff scheduled for 6:30 p.m.

“It’s feels amazing, but also there are a lot of nerves and a lot of pressure that comes with it,” Johnson said. “But this team has been handling adversity all year long, they are really good listeners and they know when we say something what we want them to do, so I feel real good going into next week that we are going to have a really good ballgame.”

FMS won at Fayetteville 38-0 earlier in the season.

The Rockets scored early and they scored often, beginning with a Hill 3-yard touchdown pass to Cohen Grissom.

FMS added 24 points in a big second quarter with Eli Bell, Grissom, and Antonio Marable coming up with touchdown runs.

Forrest took a 32-0 lead to the halftime break and in the third quarter, the Rockets scored two more touchdowns on a Hill 49-yard touchdown pass to Fletcher Fields.

After a defensive stop by the FMS defense, the Rockets had the ball at the Community 2-yard line where Johnson dialed up the play for the Tapp touchdown catch.

“We have been practicing that specific play for about three weeks now and each week in practice she has done better and better at it,” Johnson said. “I’m so happy for her, football is a hard sport and for her to be a female and to come out here and do all the same things the males do says a lot about her character and her toughness.”

“She is part of the team just like the rest of those guys in there, they love her just like a sister just like they love each other like brothers, so it’s a big family thing and everybody was fired up when she scored that touchdown.”

FMS seventh-grader Reid Strasser finished off the scoring for Forrest when he came up with a 39-yard pick six in the fourth quarter.

Hill had a huge game for the Rockets, going 4-for-4 for 57 yards and three touchdowns, plus the eighth-grade quarterback threw for a pair of two-point conversions and ran for another.

Cohen Grissom had two carries and both were touchdown runs of three and 12 yards. Grissom also had three two-point conversion runs in the contest.

Liam Bell had one touch he took to the house from 42 yards out and Bell added a two-point run.

Antonio Marable scored on a 14-yard run on his only carry of the game and Fletcher Fields caught a 49-yard touchdown pass from Hill and Fields also snagged a two-point pass from Hill.

Community running back Daniel Walters was the workhorse for the Vikings, carrying the ball 24 times for 55 yards against the staunch Forrest defense that has given up just 14 points all season.

On the other side of the ball, the Rockets have scored 228 points in the five games they have played for an incredible 45.6 points per game average.

The Rockets have not won a DRVC Conference title game since the 2014 season.