Westwood coach Chad Dyer (left) and Forrest coach Tony Johnson address both squads last Thursday night in Manchester where the FMS Rockets were awarded a forfeit win over their namesakes due to a mix-up in obtaining officials.
Tribune Photo by Anthony S. Puca 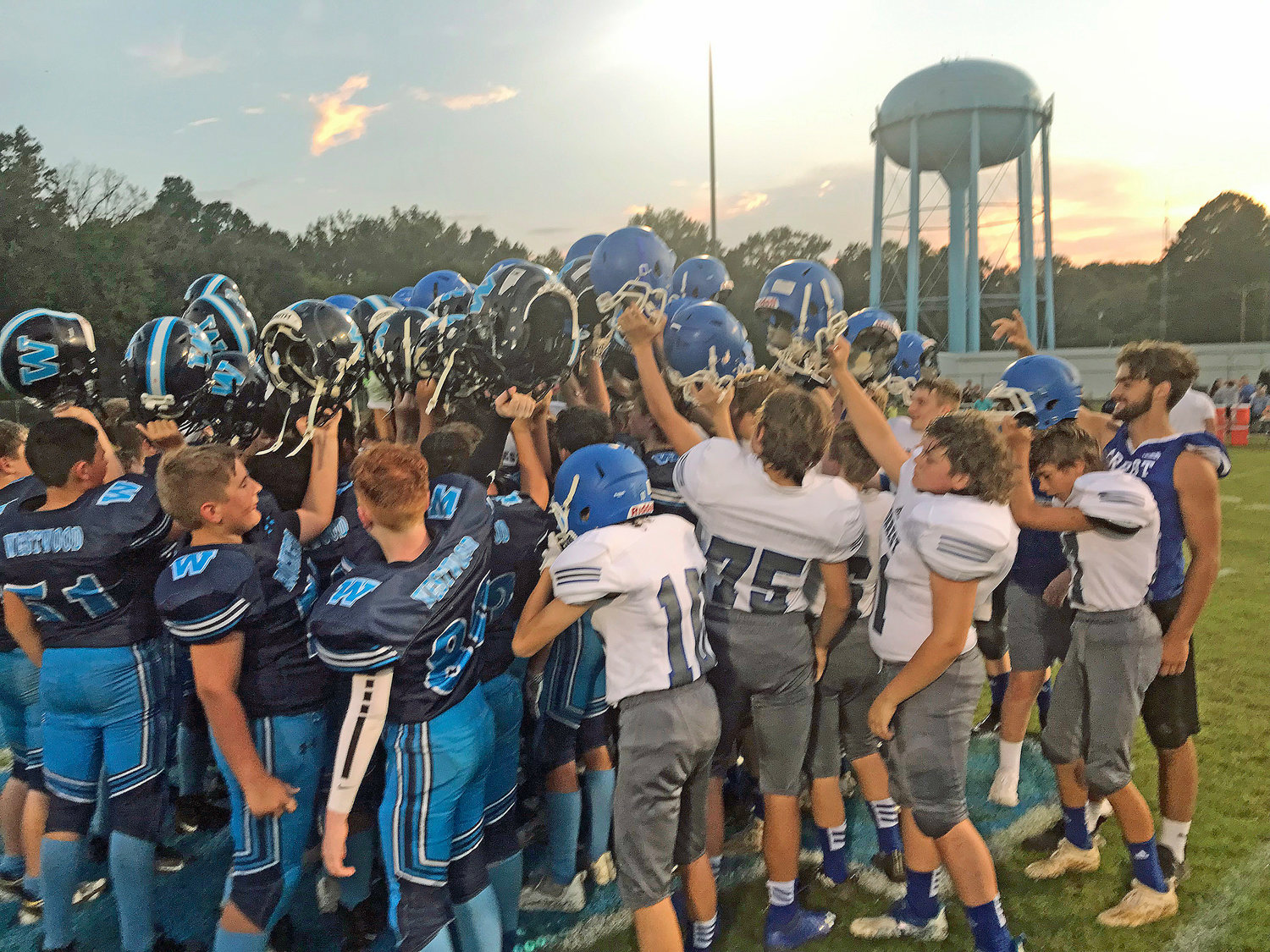 Both Rockets’ squads break it down at Manchester last Thursday night. The FMS Rockets moved to 2-0 overall and in Duck River Valley Conference play while the defending champion Westwood Rockets dropped to 1-2 in conference play. Forrest travels to Fayetteville City on Thursday to take on the undefeated Tigers in a Covid make-up game with kickoff scheduled for 6:30 p.m. Tony Johnson’s Rocket squad has not played since they beat Eagleville 40-8 in the season opener on August 12.
Tribune Photo by Anthony S. Puca
Previous Next
Posted Thursday, September 2, 2021 1:42 pm