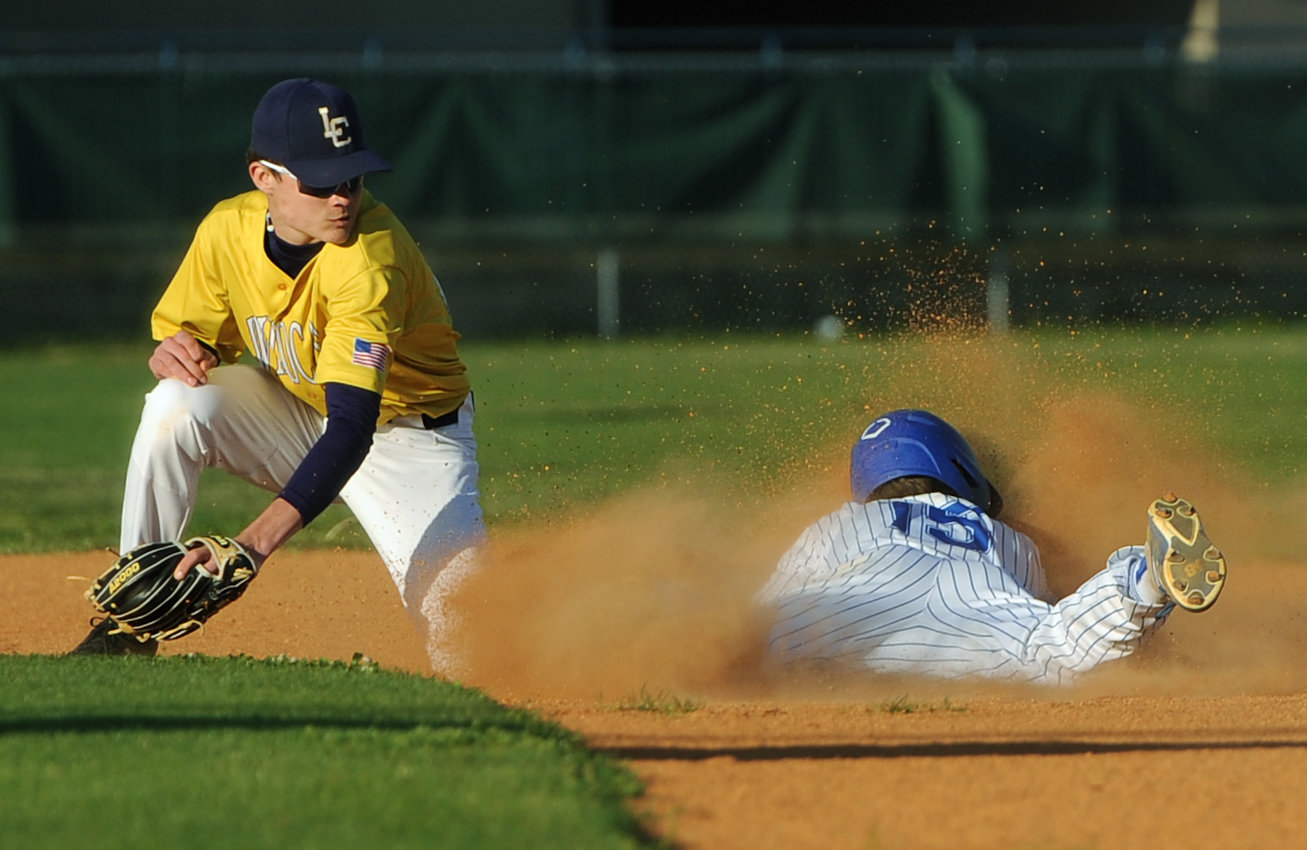 Trey Warner avoids the swipe and safely slides into second base against Lawrence County on Tuesday night.
Tribune Photo by Chris Siers 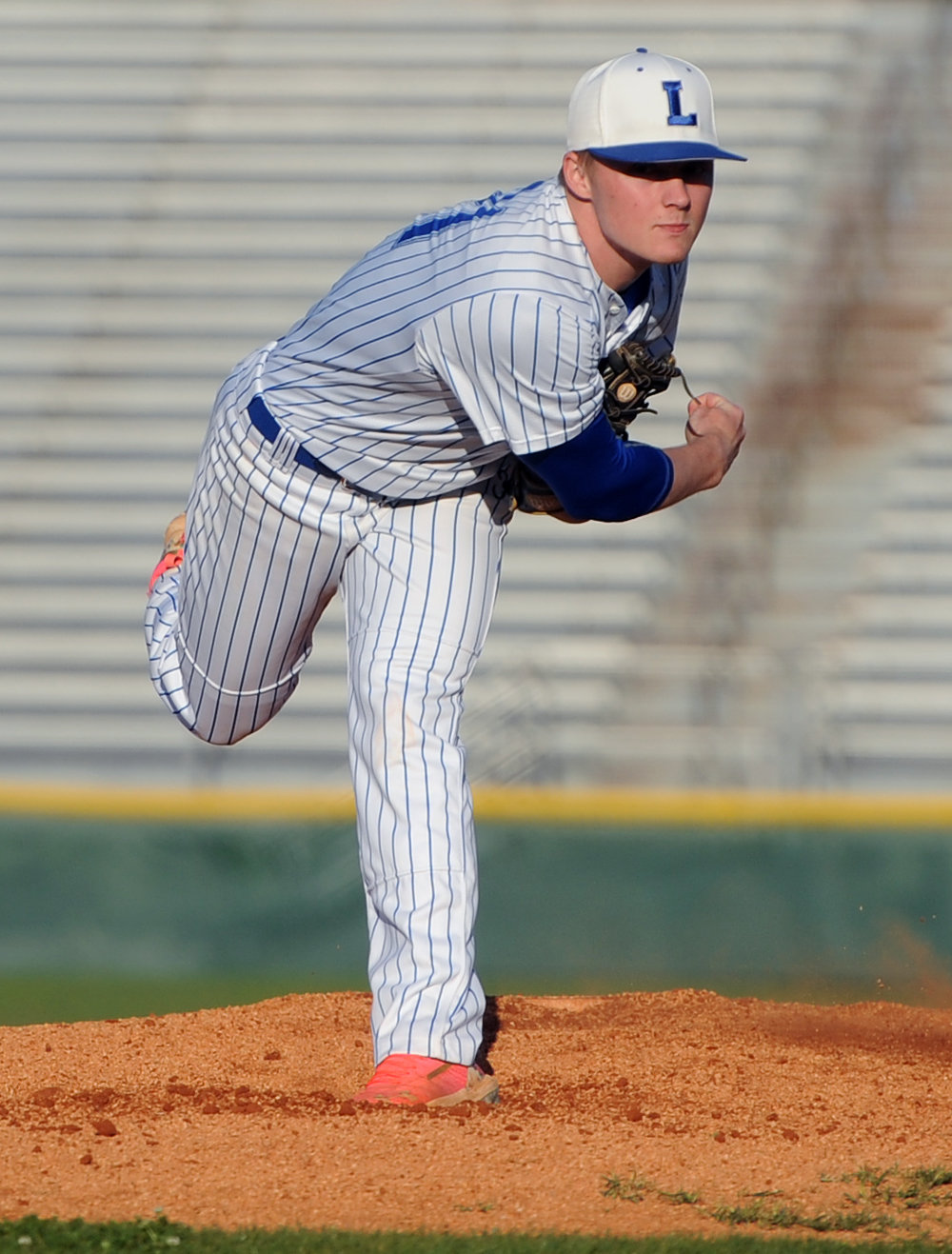 Grayson Miller delivers a strike in the second inning on Tuesday.
Tribune Photo by Chris Siers 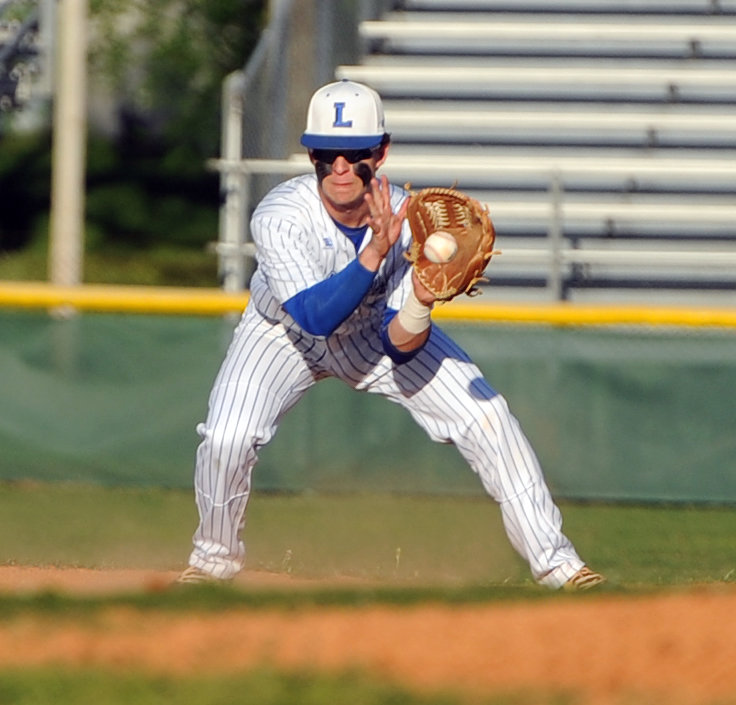 James Hery knocks down an infield hit, recovers and then fires the throw to first for the out on a close play at first base.
Tribune Photo by Chris Siers
Previous Next
Posted Wednesday, April 27, 2022 8:09 am
By Chris Siers ~ sports@t-g.com

LEWISBURG — A plethora of Marshall County errors ultimately proved the Tigers’ undoing in Tuesday night’s 7-1 loss to Lawrence County
Marshall County out-hit the Wildcats 10-6, but committed six errors in the loss.
The Wildcats grabbed the early lead with one run in the top of the first inning and tacked on a pair of insurance runs in the top of the second before the Tigers were able to scratch their lone run of the game across the plate.
Lawrence County responded with four unanswered runs and coasted to the 7-1 win over the Tigers.
Eli Cross recorded the lone RBI for the Tigers.
He went 1-for-3 with a double.
John Thomas also recorded a double in a 2-for-3 night.
James Hery, Reid Mitchell and Rob Hawkins all had two-hit nights, while Carson Cheek also singled.
Grayson Miller got the start for the Tigers on the mound and went two innings and despite giving up two hits, allowed four runs to cross the plate, only one of which was earned, however.
He also struck out two.
Trey Warner worked the final five innings in relief and was charged with three runs on four hits, while striking out six.
The Tigers will travel to Cascade for a non-district tilt this afternoon before returning to their home field on Friday night for Senior Night, which will begin at 6 p.m.
First pitch against Loretto will follow at 6:30.