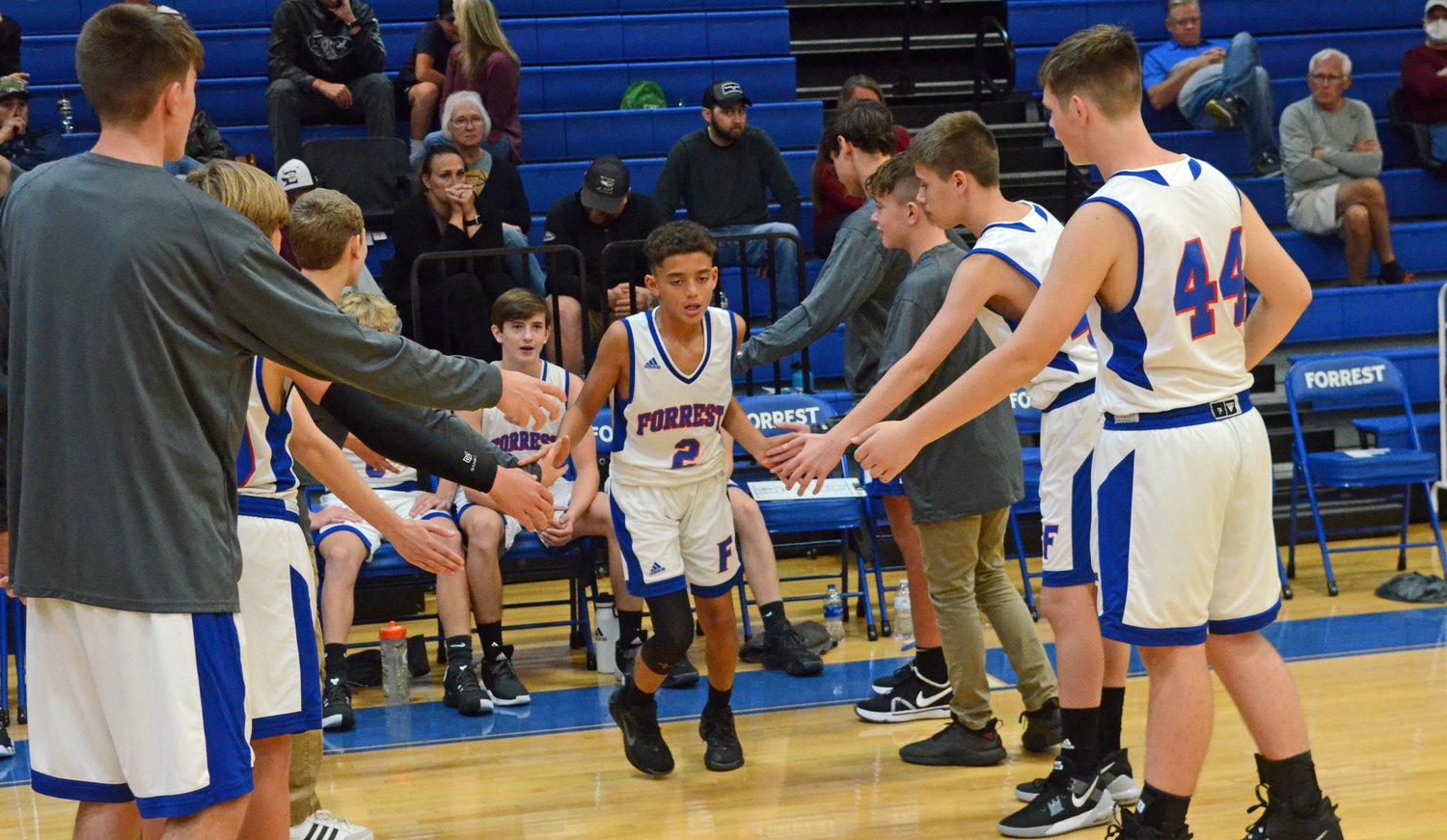 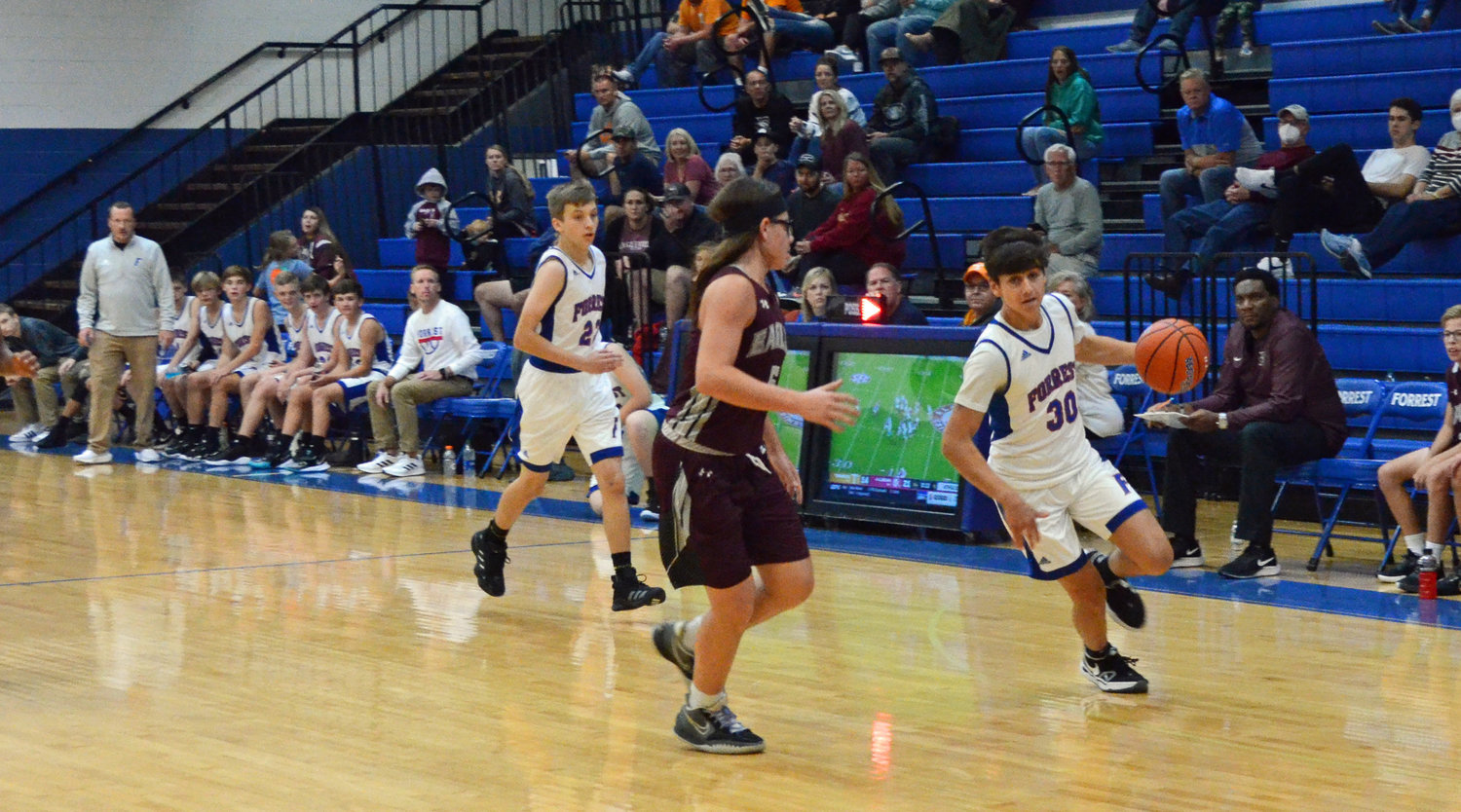 Cohen Grissom had four points for the Rockets, who lost 42-10 to Eagleville. 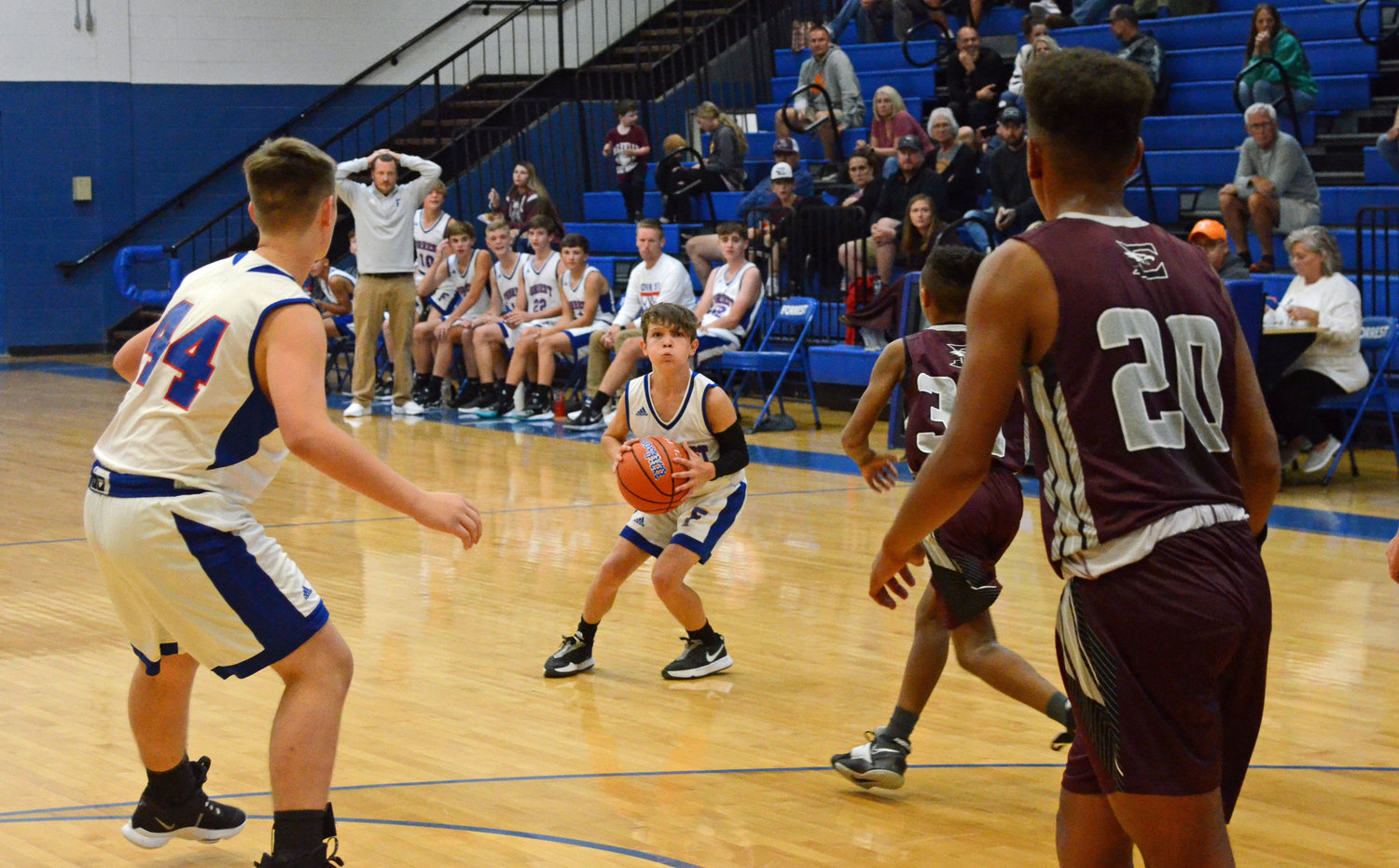 Houston Matlock launches a first half 3-pointer for the Rockets. 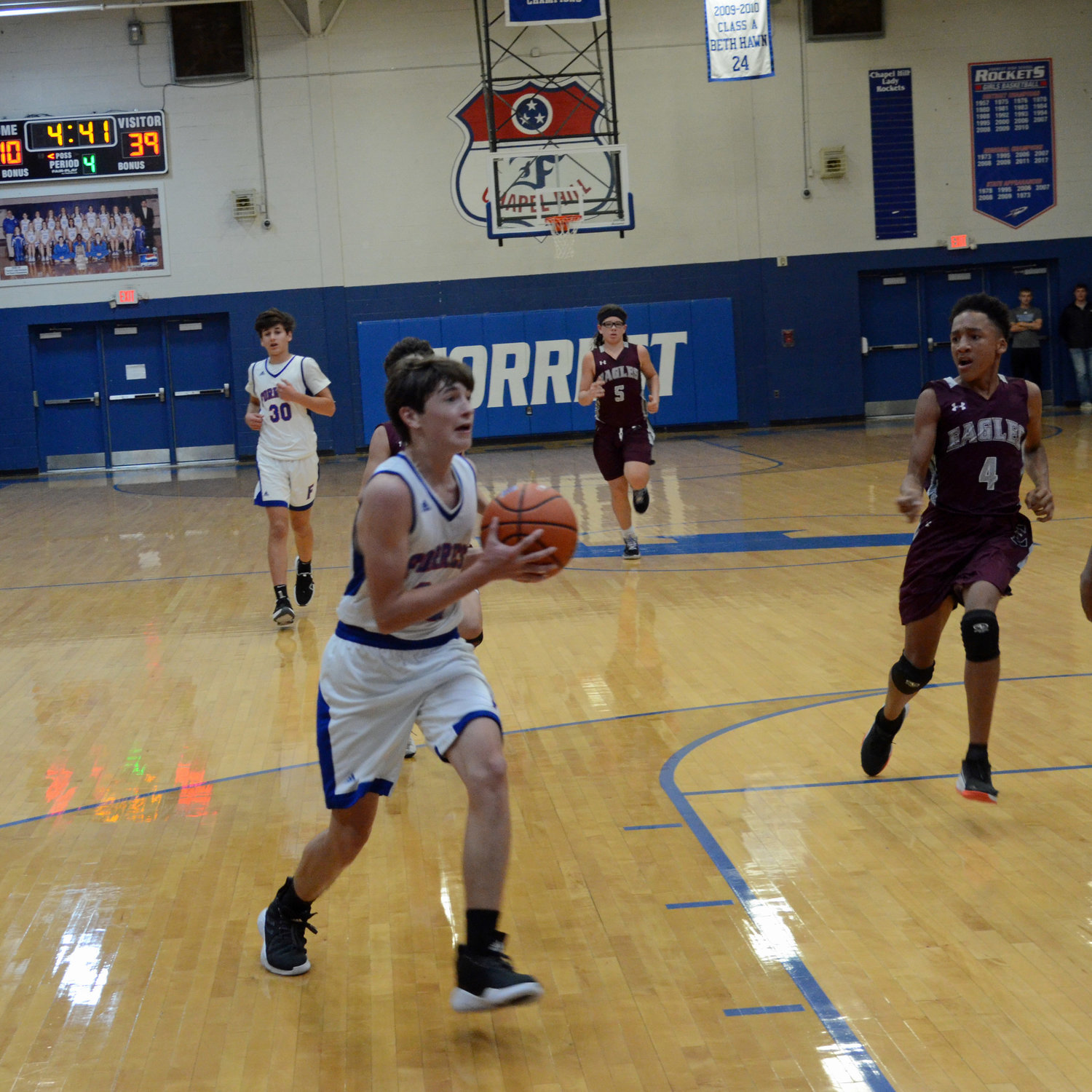 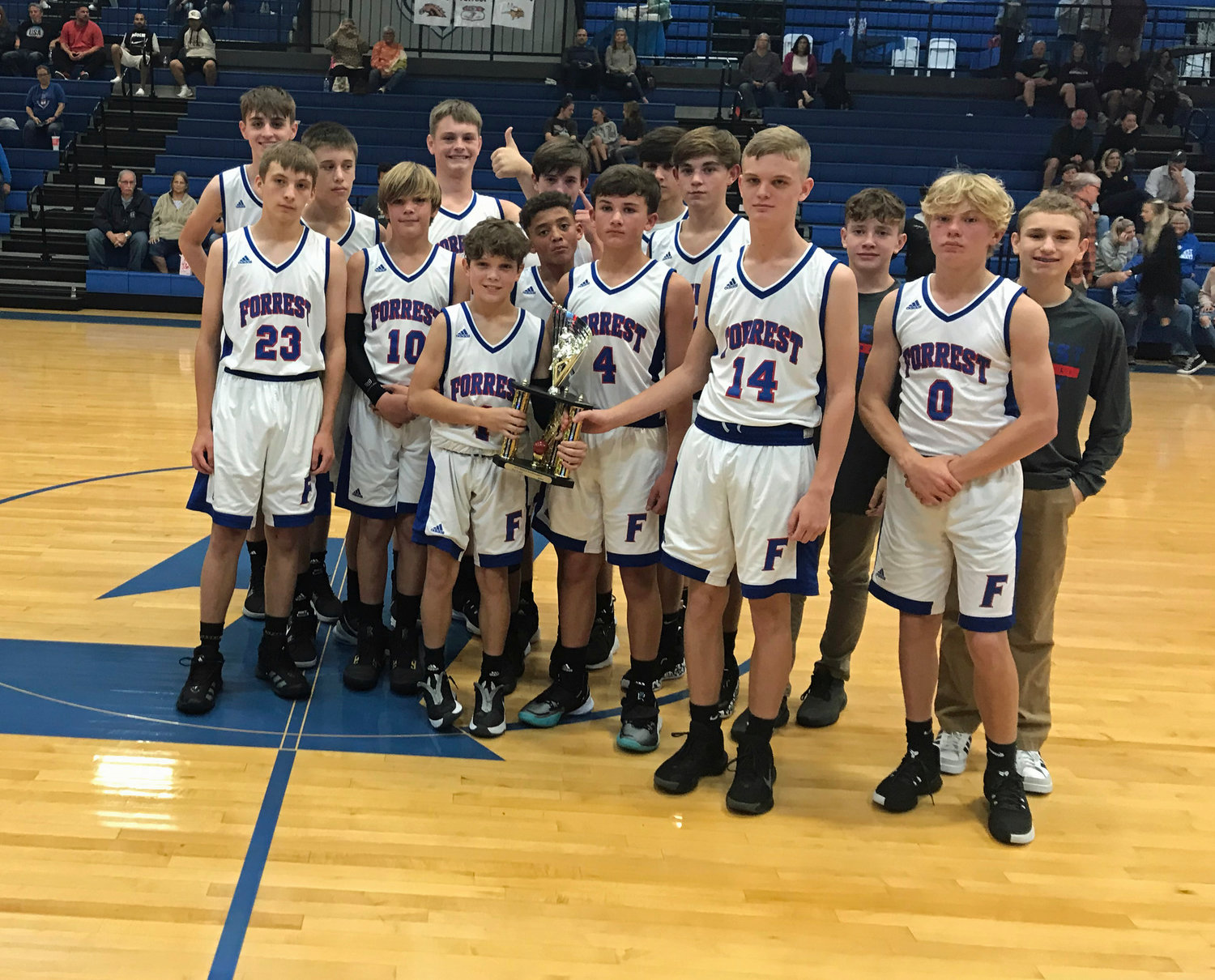 The Rockets pose with the second place trophy.
Previous Next
Posted Monday, October 25, 2021 9:16 am
By Anthony S. Puca Sports Writer

After a fourth-place finish last season, the FMS Rockets had a chance to win the 58th World Tournament crown at Chapel Hill Saturday night, but the Eagleville Eagles flew away with the title in an easy 42-10 win.

Owen McClaran started the game with a 3-pointer for Eagleville and moments later, Fletcher Fields scored on a layup for the Rockets.

From there it was all Eagleville as they scored the next 29 points.

The Eagles led 14-2 at the end of the first quarter and posted a 15-0 shutout in the second period to lead 29-2 at halftime.

Eagleville’s Camden Cole, who led all scorers in the contest with 12 points, scored the first basket of the second half before Forrest finally broke its scoring drought on a Cohen Grissom bucket.

Grissom scored once more in the third period and Eli Bell had a pair of buckets for the Rockets, who trailed 39-10, entering the fourth quarter.

In the fourth quarter, FMS was blanked again and the Eagles scored three points in the 32-point win.