A lifelong passion and dream became reality recently when Ellie Luce signed her letter of intent to continue her softball career at Columbia State Community College. “A lot of nerves are … 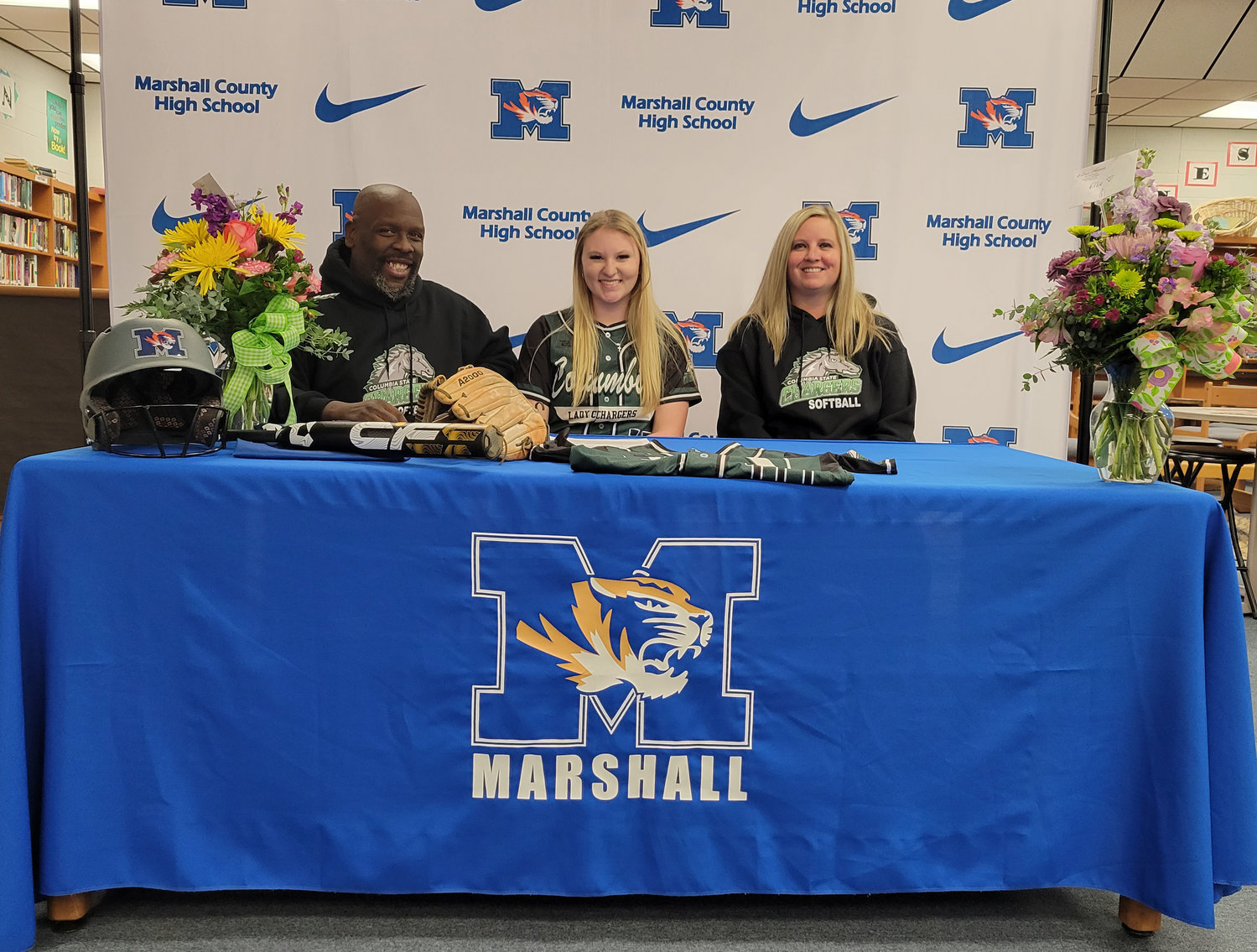 A lifelong passion and dream became reality recently when Ellie Luce signed her letter of intent to continue her softball career at Columbia State Community College.
“A lot of nerves are happening right now. I’m really excited. I’ve worked since I was four to get to this position. I’ve just worked nonstop, my entire life, towards this position,” Luce said.
After playing in a camp and a tournament on campus, Luce knew when the coaching staff reached out during the recruitment process that Columbia State was her calling.
“When they reached out to me and it just felt right to go there. I had a tournament there and a camp there. It just felt like home,” Luce said.
While new Marshall County coach Amy Bonner hasn’t officially coached Ellie Luce on the field, the new Tigerette skipper has been around enough softball to know a gem of a player when she sees one.
“I think the thing I like about Ellie the most is she’s just an athlete. She has the mind and physique of an athlete. She’s one of those girls who is a leader on the team. She’s out there to win games. I’m excited to see what she can contribute as a senior this year,” Bonner said.
As a player, Luce has become the utility player the Tigerettes can plug in at virtually any position to fill a need on any given day.
“I think it will be depending on what they need as a player. For us, we can put her at almost any position on the field and she would be OK. She’s a good player. I think it depends on what their team needs. She could easily step into different roles they would need as well,” Bonner added.
From the moment she hit her first run as a freshman, to the cusp of her senior year, Luce has put in the time and has collected all of the memories, including the one of her first round-tripper.
“I had worked really hard to get there. It was probably when I was a freshman. I had just been waiting for it and it was so exciting,” she said.
Now and accomplished hitter, Bonner thinks Luce is just knocking on the door of her potential.
“From what I’ve seen, and I’ve had limited time with her so far, I think she’s hitting the tip of the iceberg as far as her potential as a player. I think she will do well in college and I think she has a whole lot of potential in front of her,” Bonner said.
With the stresses of finding her college path finalized, Luce says now she can focus on the upcoming season.
Following in her family’s footsteps, Luce has a passion for helping people and plans to pursue a nursing degree.
“So far, I’m leaning towards nursing and that factors in with my dad because he was a nurse. I just really like helping people and it’s always been what I wanted to do,” she said.