Forrest senior Deason Jones has always had a dream of college basketball.With his recent college signing, that dream has become a reality as the Rocket senior has signed his letter of intent to … 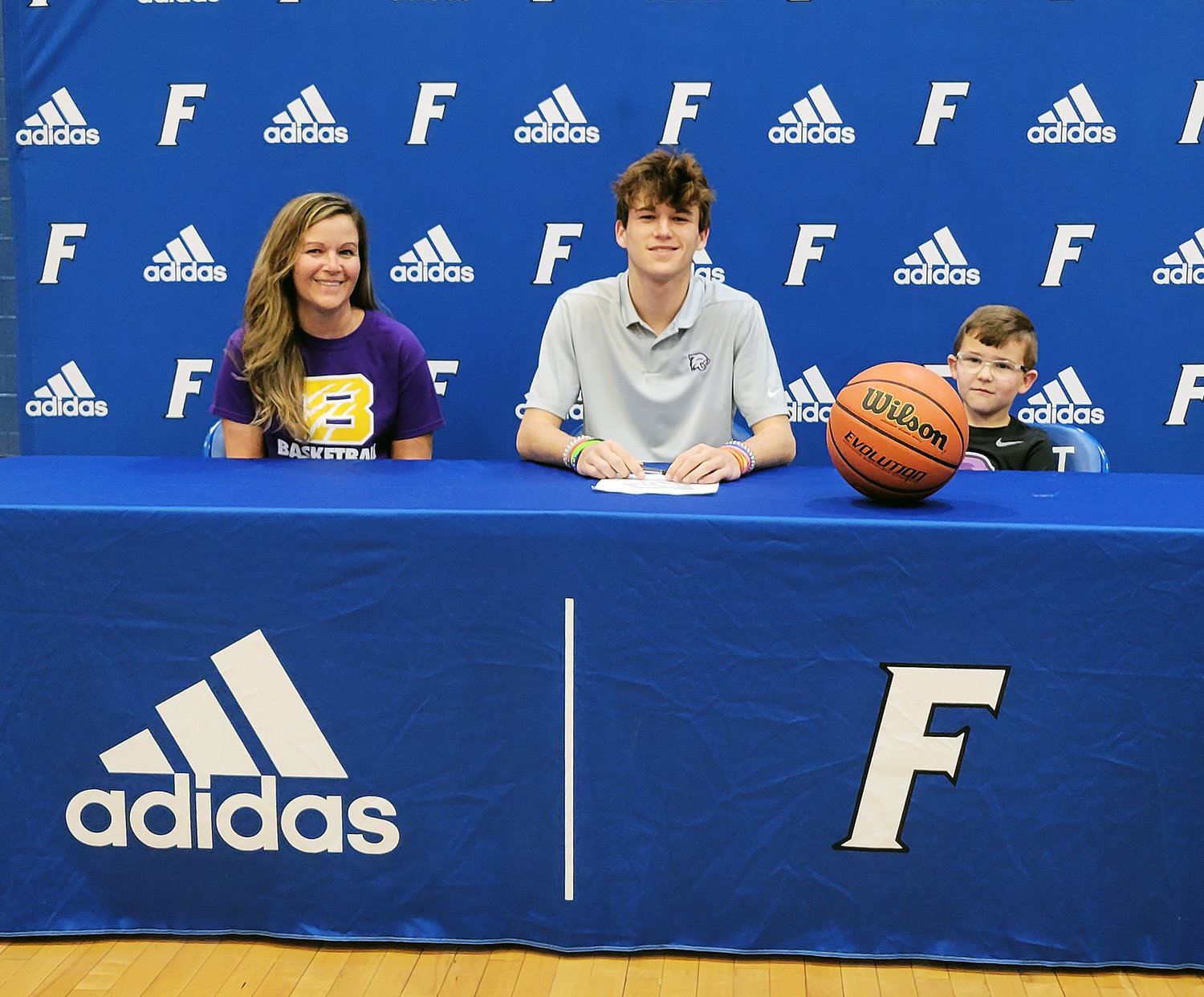 Deason Jones signs his letter of intent to continue his college career at Bethel University.
Tribune Photo by Chris Siers 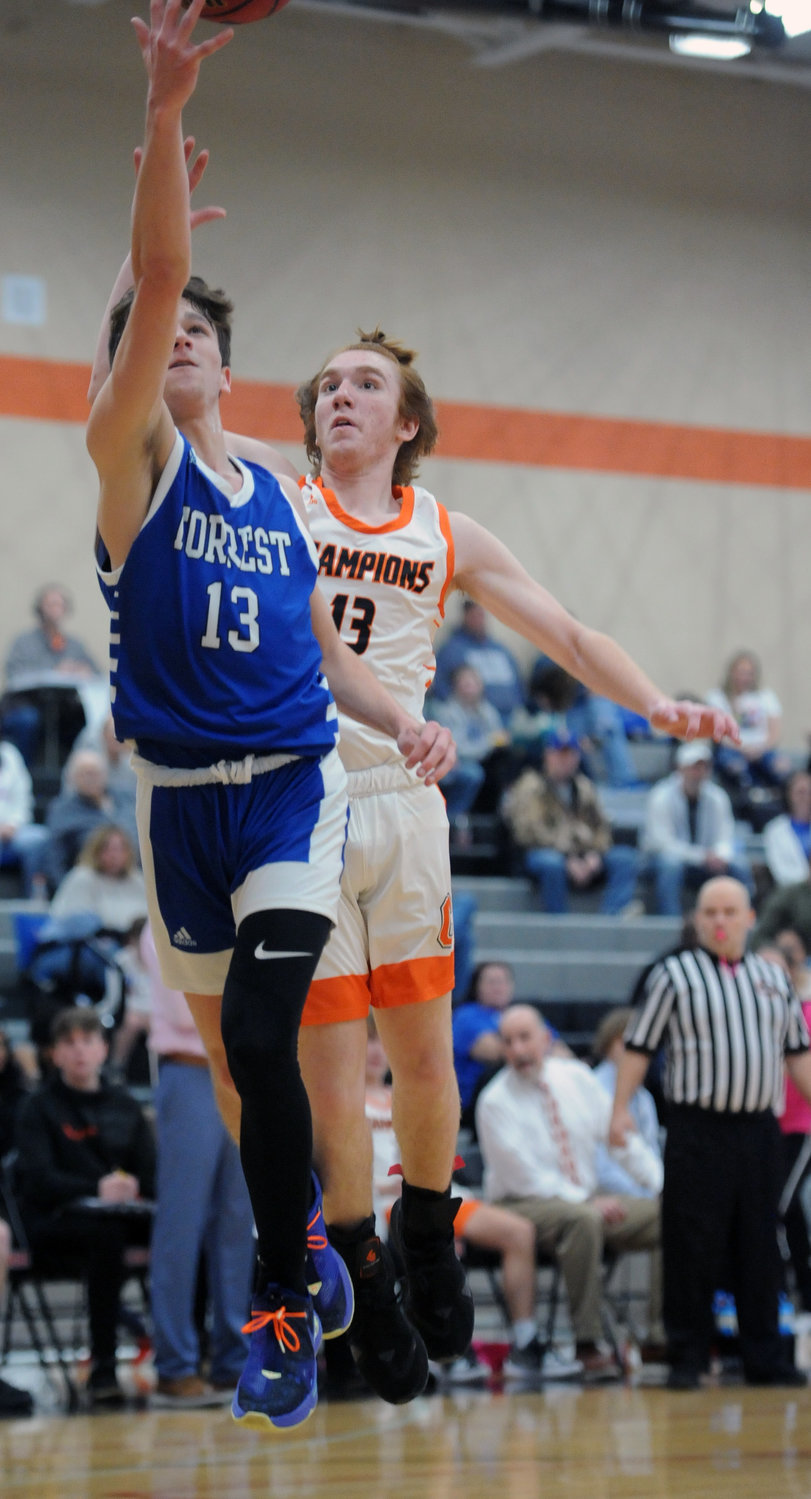 During his senior season with the Rockets, Jones was a key cog in the lineup and ran the team on the court from point guard position.
Tribune Photo by Chris Siers
Previous Next
Posted Friday, April 29, 2022 9:05 am

Size wise, it’s going to be tough, but I think he’s got a big heart. It’s kind of the story of our team. We didn’t have the most size, but we had a lot of heart, a lot of effort and a lot of grit. Deason brings those things to the table.”
Forrest coach Shane Chapman
By Chris Siers ~ sports@t-g.com

Forrest senior Deason Jones has always had a dream of college basketball.
With his recent college signing, that dream has become a reality as the Rocket senior has signed his letter of intent to continue his college career at Bethel University.
“It’s everything to me. I’ve wanted this ever since I was a kid. I can’t thank Coach (Shane) Chapman and everybody enough for helping me along the way. I couldn’t have done it without them. It’s an awesome feeling. It’s a huge weight off my shoulders knowing I can go play college basketball,” Jones said.
A never-quit mentality and a dedication to the game helped Jones make contact with the Wildcat coaching staff and after a visit to campus, the rest was history.
It was Bethel assistant Jonathan Stanley that headed up Jones’ recruiting process.
“He (Stanley) actually reached out to me. He was like, ‘We would love to have you.’ and asked if I’d like to visit. I knew that’s where I wanted to be. I visited and I loved it. A week later, I received my scholarship,” Jones said.
Nobody knows what Jones can bring to the table more than Forrest head coach Shane Chapman, who relied on the senior point guard to lead the Rockets on the floor this past season.
“For him to be able to handle a little bit of adversity and adapting to different coaching has been a good attribute he’s had,” Chapman said.
“His floor-management skills will be greatly missed from our ball club. He brought a lot of stability on the offensive end and on the defensive end, was able to direct traffic and get people in spots to be productive.
That’s what we’re going to miss more than anything,” Chapman said.
It wasn’t just the X’s and O’s of the game that made Jones stand out, but the effort and determination playing on the court as well.
“He plays the game really, really hard. I think he averaged 28 minute a game. He was always on the floor. He played hurt and things like that. He was really, really clutch coming down the stretch. I’m proud of the opportunity he’s going to get at Bethel. He will have an opportunity to show what he’s made of and it will be a good test for him,” Chapman added.
From his earliest days of playing from when he first picked up a basketball to now on the verge of being a collegiate basketball player, Jones has made his living playing point guard and while the college game is definitely a different animal than high school-level competition, Chapman feels that Jones’ never-quit mentality will carry over to the next level.
“Size wise, it’s going to be tough, but I think he’s got a big heart. It’s kind of the story of our team. We didn’t have the most size, but we had a lot of heart, a lot of effort and a lot of grit. Deason brings those things to the table. A year or so of maturity will help him find the game and the game will grow and he will grow with the game,” he said.
“If he works hard like I know he’s capable of, I think he’s got a bright future.”
While he still has several months until reports to campus in McKenzie, Jones already has a career path mapped out.
“I want to study education and pretty much be the next Shane Chapman, but maybe further it and be a college coach one day,” he said.
While he won’t report to campus until August, he will get to enjoy the normal freshman experience until he steps on campus and then, he’ll get to work on the court.
“I get to be pretty much a normal student and come in at the normal time, but once I get there, it’s time to get to work,” he said.
Bethel is located in McKenzie and competes in the NAIA division of college athletics and is a member of the Mid-South Conference.