CORNERSVILLE — Thursday’s blue sky and pleasant temperature made for a fine afternoon of baseball on the diamond at Cornersville as the Bulldogs welcomed their longtime rivals, … 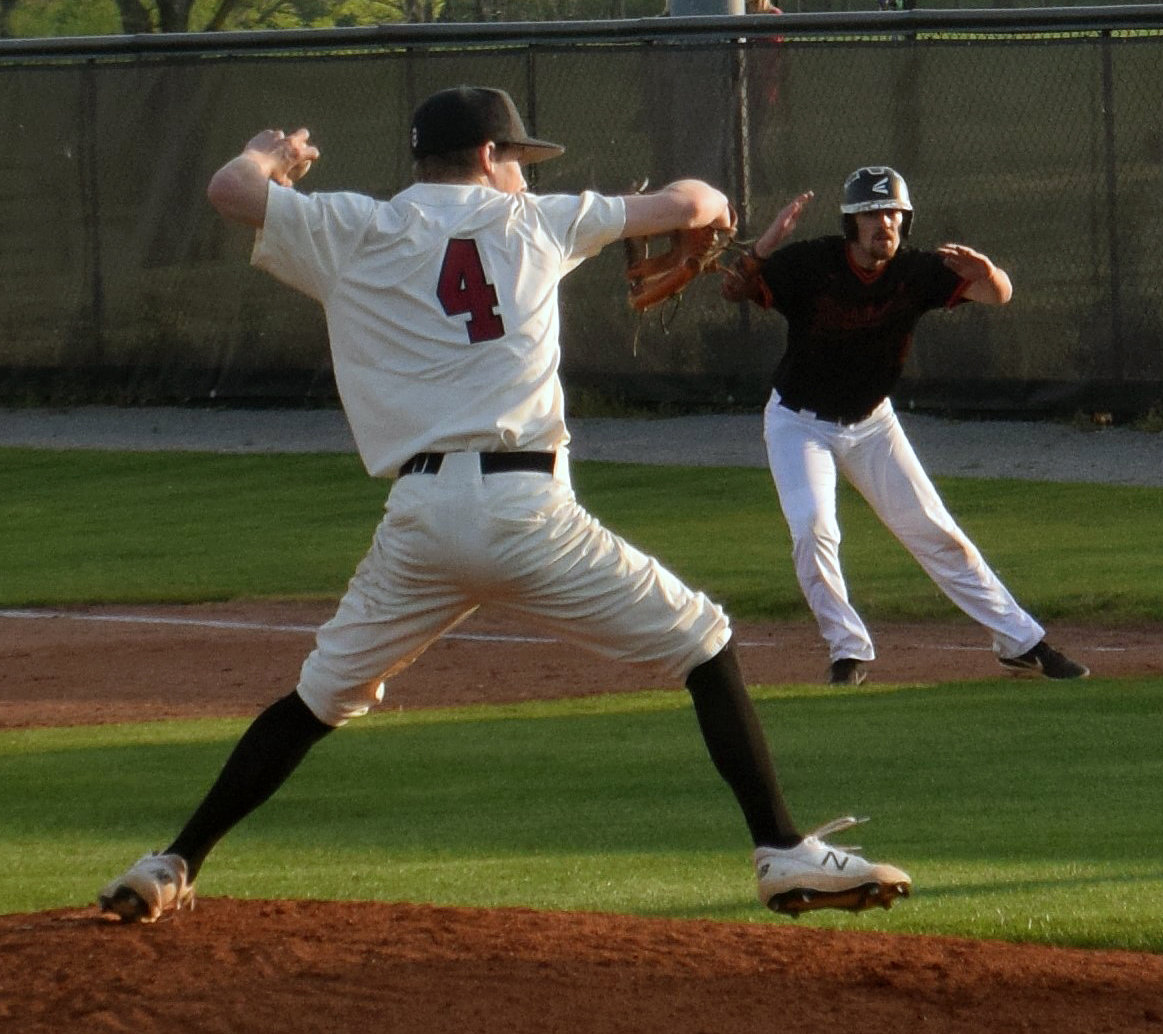 CORNERSVILLE — Thursday’s blue sky and pleasant temperature made for a fine afternoon of baseball on the diamond at Cornersville as the Bulldogs welcomed their longtime rivals, Richland.
The Raiders, after making the trek over the hill along State Highway 129, jumped on the hometown Bulldogs and dashed out to and 8-0 lead, then watched as Cornersville rallied back in the fourth and fifth innings to tie the game
With two runs in the top of the eighth inning, Richland pulled out the victory 10-8.
Daniel Sellars, continuing his fine season for Cornersville, led the Bulldogs going 2-for-4 at the plate with a double and three RBIs.
Cornersville southpaw Gage Lovell, came in to stop the Riders through the middle innings, as he tossed three innings of shutout ball, striking out four and walking two batters.
Brendan Jacobs got the nod to start the game on the hill for the Bulldogs and immediately ran into trouble as Richland’s Houston Cheek opened the game with a solid single to left field.
Jacobs issued a walk to Jase Derryberry, then a base hit by Hevlan Duvan scored Cheek to put the Raiders on the board, 1-0.
A one out triple by Colton Trimble brought in Derryberry and Duvan.
Then, a sacrifice fly by Lane Perkins scored Trimble and when the dust had settled the Raiders had a 4-0 lead before the Bulldogs had even come to the plate.
Ryan Jones started for the Raiders on the mound and gave up a lone single by Cornersville’s Wesley Pigg, but the Bulldogs could not bring him around.
Richland was not through, as Ryan Jones opened the top of the second inning with a single, advanced to second base via an infield sacrifice by Mathias Lugert, then cruised home following a double to center field by Cheek.
After Cheek advanced to third on a wild pitch, the Bulldogs brought in Peyton Cherry to pitch but Jase Derryberry spoiled the strategy with a sacrifice fly to centerfield that scored Cheek to make the score 6-0.
Meanwhile Jones, who pitched for the Raiders, sat down the Bulldogs through three innings and Cherry for the Bulldogs did the same as the score stood 6-0 after the third.
Cherry ran into trouble in the fourth inning as a single and a walk put runners at first and second then an error by the Bulldogs allowed both runners to score to make the score 8-0.
The bottom of the fourth saw the Bulldogs begin to claw their way back into the game as Wesley Pigg drew an opening walk, Sellars singled to deep short and Cherry helping his own cause doubled to left to score Pigg as pinch runner Kale Adcox raced to third base.
Adcox scored and Trenton Walker, who pinch ran for Cherry, advanced to third when Jones threw a wild pitch to make the score 8-2.
Following back-to-back walks to Beau Shillig and Kristan Malone with the bases loaded Elijah Blasingim hit into a double play as Walker scored to make the score 8-3 after four innings.
Gage Lovell came on to pitch for the Bulldogs in the top of the fifth inning and with two outs, survived a threat with a Raider at third base as he fanned Cheek to keep the score 8-3.
“I was kind of put on the spot, but my fastball and curve were working, and it worked out even though we lost the game,” Lovell said.
The bottom of the fifth saw the Bulldogs tie the game as Blaine Woodard opened by being hit by a pitch, Lovell singled, Mason Calahan singled scoring Woodard, Pigg walked and Sellars brought them all home on a doubled to left field to make the score 8-7.
Cherry was once again in the spotlight as his hard-hit ball to shortstop was misplayed for an error and Sellars raced home to tie the game at 8-8.
Lovell sat the Raiders down in the top of the sixth and the Bulldogs loaded the bases in the bottom of the inning, but could not get that run across the plate as the teams headed to the seventh inning tied at 8-8.
Lovell again showed his grit as the little left-hander gave up a walk but got a fly ball to left field for the second out, then bore down and struck out Richland’s Lugert looking for the third out.
Again, in the bottom of the seventh the Bulldogs threatened with one out by loading the bases on a double by Shillig and walks to Kristan Malone and Blasingim, but Raider pitcher Landon Johnson got a strike out and a fly ball out to left field and the game went into extra innings tied at 8-8.
Malone took to the hill for Cornersville in the eighth and a single by Cheek, followed by a walk to Derryberry meant trouble for the Bulldogs.
Duvan slammed the ball to the fence in left field to drive in Cheek and Derryberry but Malone buckled down to get a strike out, a fly ball out to right field and a fly ball out to left field but the Bulldogs were down 10-8 with a their last at bat looming in the bottom of the eighth inning.
The Bulldogs threatened after one out as Pigg and Sellars drew walks, but Lane Perkins, now pitching for the Raiders, got a fly ball out to left field for the second out and on a ball hit by Cornersville’s Schillig to deep shortstop, Duvan made a great stop, then from his knees threw to second base for the force out as Richland survived 10-8.