Cornersville swimmer Alli Wells has had quite the journey in the pool over the past several months.After a knee injury, which led to surgery, derailed her in-pool competition, she eventually advanced … 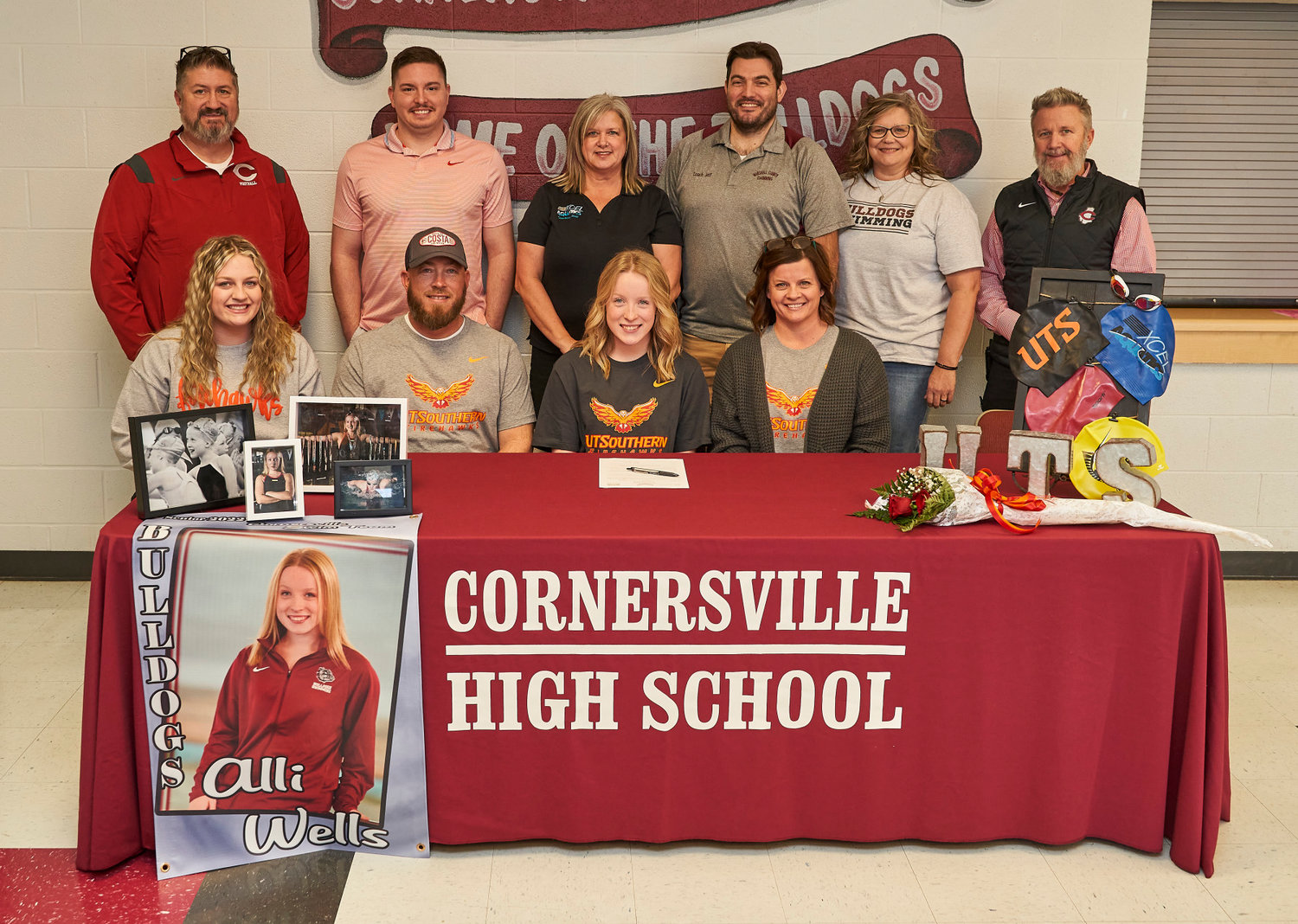 Cornersville swimmer Alli Wells has had quite the journey in the pool over the past several months.
After a knee injury, which led to surgery, derailed her in-pool competition, she eventually advanced to the state swim meet and represented Cornersville.
After capping her senior season, she officially signed her letter of intent to continue her college career and signed with UT-Southern.
“It’s been a really long journey trying to find a college that fit me. I’m so happy that it’s so close and I can stay engaged in Cornersville swim and Marshall County in general. I’m close enough where I can stay engaged in all of that,” she said.
The ability to stay close to home made a major impact on Wells’ decision to swim for the Firebirds in college.
While there were handful of other colleges in the mix, being a short drive from home made all the difference in the world to her.
“I looked at several other colleges, but it just had that home feel. About the third time I visited, I just felt like the coach wanted me there, I wanted to be there and this is where I belong,” she said.
Her love for the sport has been more than decade in the making, but happened by chance.
“I played a bunch of other sports and really just wanted to try it out because my other friends did it and I ended up loving it,” she said.
Since then, she’s competed with Excel Aquatics since her middle school years, but eventually climbed the ranks and competed in the state swim meet, representing Cornersville.
But after a knee surgery set her back initially, Wells was back in the pool and soon after, posted qualifying times for the state swim meet.
“Back in October, I had knee surgery. As soon as I came back, within the first two meets, I made that time and I went to state,” she said.
Wells primarily competes in the backstroke events, with the 200-Backstroke and 100-Backstroke being her main events.
While she’s still several months away from reporting to UT-Southern for her freshman season, Wells and her college coaches hope she’s going to be able to help lay the foundation for a relatively new program on the rise.
“I hope to really help out this team since it’s new and growing. I’m really excited,” she said.
For now, Wells will continue conditioning and will be swimming in a bigger pool than she’s accustomed to in order to help prepare for her freshman season.
“I’ll be doing long course out of Brentwood during the summer and that’s a 50-meter pool compared to 25. It’s a little bit of a difference, but I really love it,” she said.
Wells plans to pursue a degree in Psychology and a minor in Criminology.