CHAPEL HILL — On a night when virtually nothing seemed to go right for the home team, the visiting Cascade Champions claimed a monster, 49-0 win at the Rock on Friday night over the Forrest … 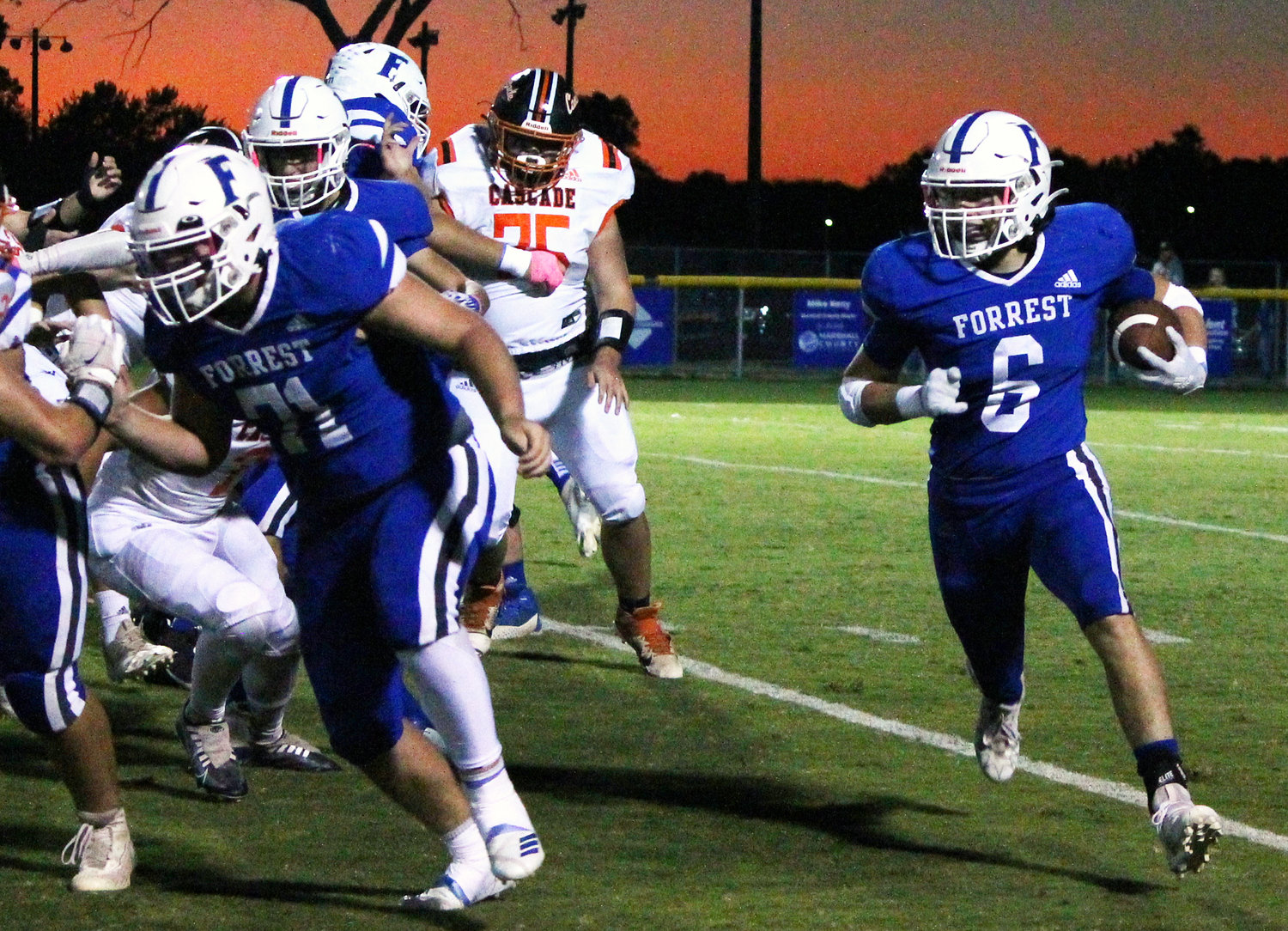 Liam Bell (6) catches a block and scrambles forward for a short gain against Cascade.
Tribune Photo by Will Carter 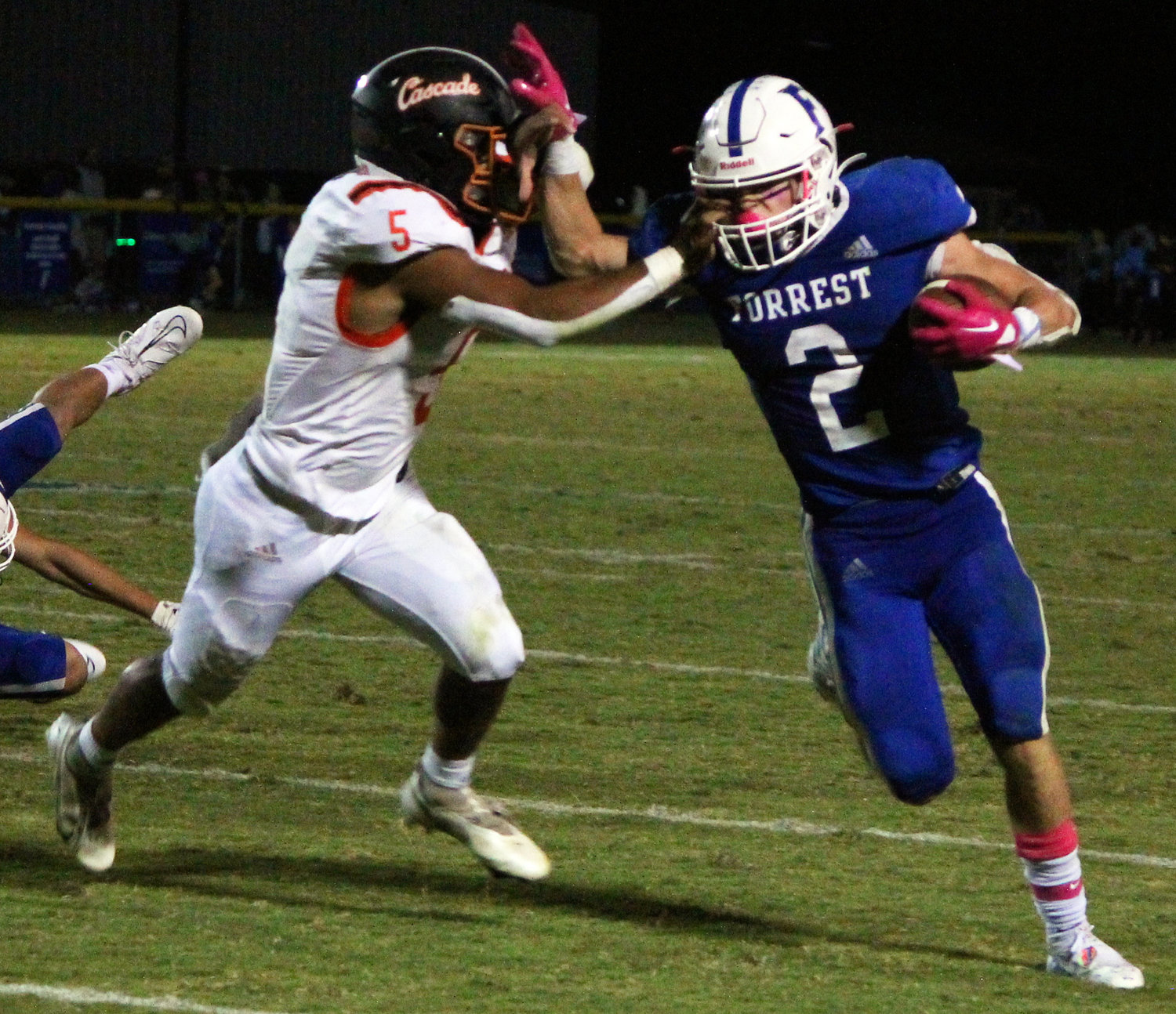 Tayton Swift gives a stiff arm and picks up a handful of yards for Forrest.
Tribune Photo by Will Carter
Previous Next
Posted Thursday, October 6, 2022 3:07 pm
By Chris Siers ~ sports@t-g.com

CHAPEL HILL — On a night when virtually nothing seemed to go right for the home team, the visiting Cascade Champions claimed a monster, 49-0 win at the Rock on Friday night over the Forrest Rockets.
In the game, Cascade out-gained the Rockets, 359 total offensive yards to just 85 yards for Forrest.
Cascade jumped out to the early lead and never looked back, with quarterback Xamarion Dixon putting the Champions up early on a 34-yard run with 6:40 to go.
Dixon went to the air as time expired in the quarter on a 30-yard pass and a successful two-point conversion put Cascade up 15-0 after one quarter.
Dixon found the end zone for his second rushing touchdown mid-way through the second quarter and after a missed kick after, the 21-0 lead held through the remainder of the half.
It was a monster third-quarter by Conner Huie, highlighted by touchdown runs of 65 ad 51 yards, that eventually put the game out of reach.
Cascade entered Friday night’s Region 5-AA contest having won three of its last four, including three shutout victories.
In the previous two games, Cascade outscored its opposition 95-0.
For the Rockets, it’s been a tough slate over the past month, dropping four of their last five, with the last win coming in a 17-9 victory over Summertown.
With three games left on the slate, the Rockets sit idle before wrapping up the regular season with region games against Richland and Mt. Pleasant, and against non-region opponent East Robertson.
The Rockets will be back at home on October 14, hosting the Richland Raiders.