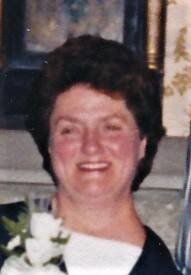 She was a native of Marshall County, the daughter of the late Amon Griffin and Ruthie Victor. She was a retired dairy farmer and a member of the Life and Hope Outreach Church.

Funeral service was conducted on Sunday, May 23rd, 2021 at 2 p.m. from the chapel of London Funeral Home and Crematory with burial following in Lone Oak Cemetery.

Visitation with the family began on Sunday, May 23rd, 2021 from noon until the funeral hour.