All through the month of June, the Cornersville Bulldogs had a crash course on getting to know new head coach Shelby Waddell.While Waddell takes over the Bulldog program, it’s not been a … 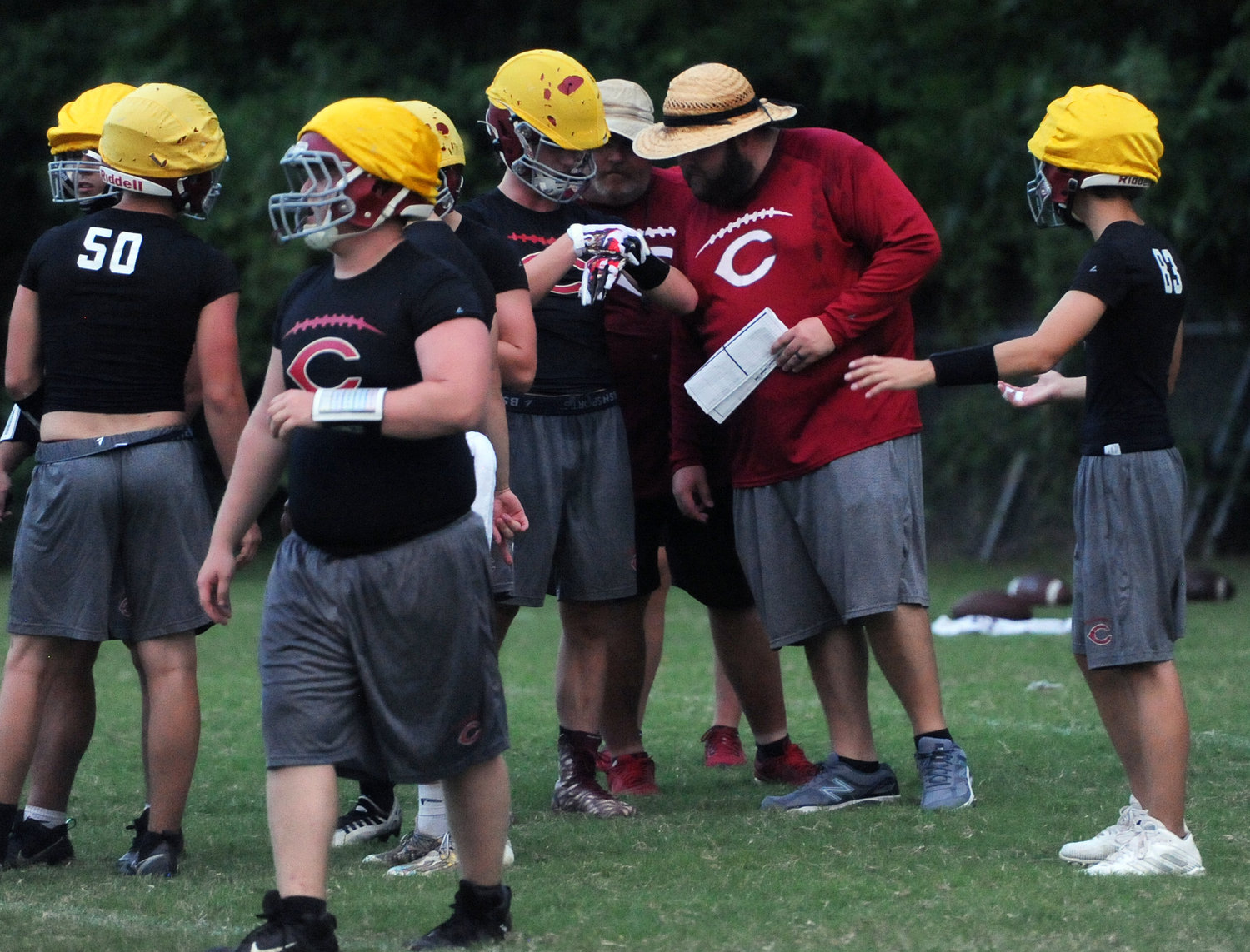 Bulldog head coach Shelby Waddell huddles up with the offense during a drill at a recent practice.
Tribune Photo by Chris Siers 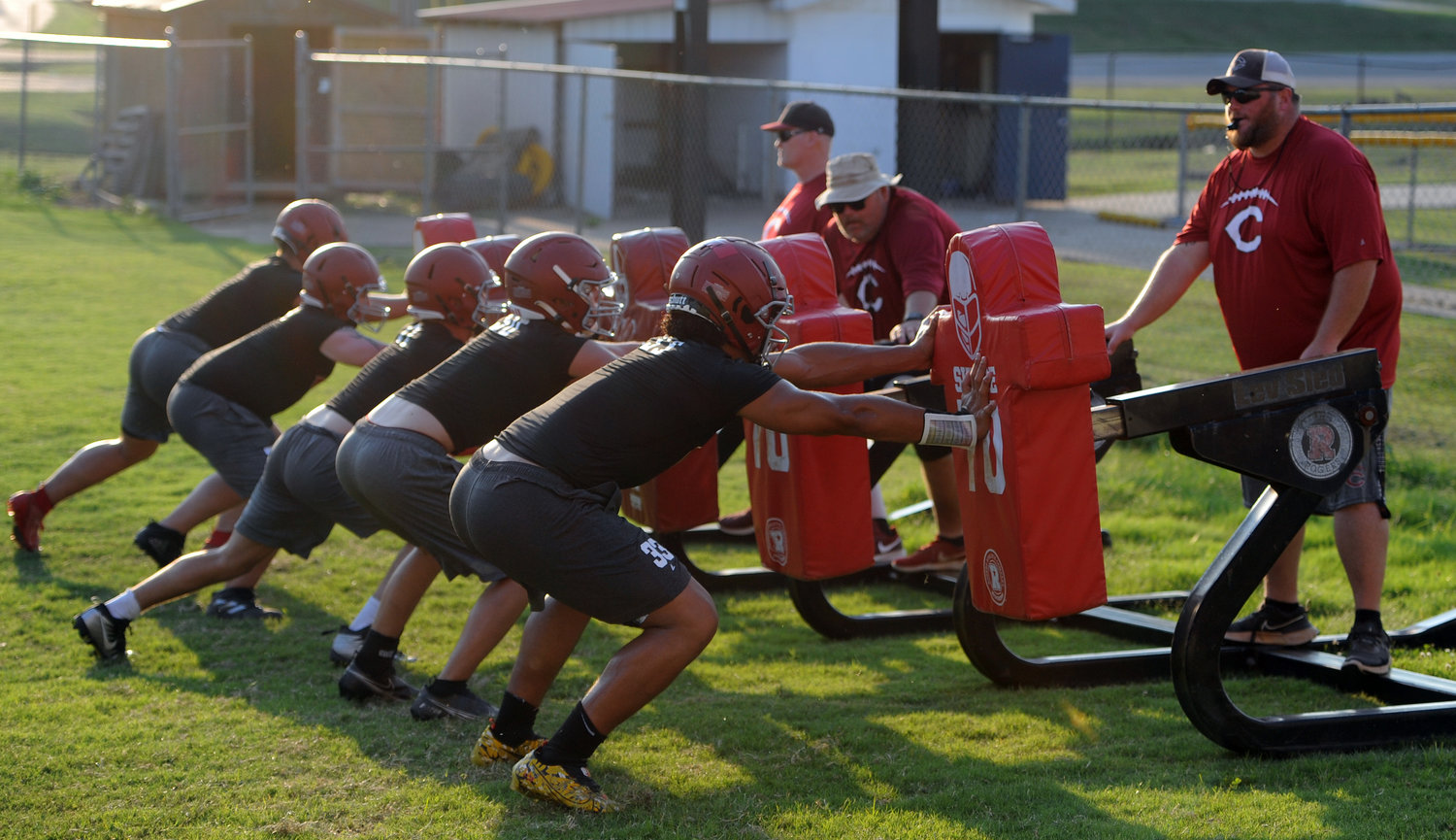 All through the month of June, the Cornersville Bulldogs had a crash course on getting to know new head coach Shelby Waddell.
While Waddell takes over the Bulldog program, it’s not been a complete overhaul, but rather a “get-to-know-you” period for the players and coaching staff.
With the hire being announced in late May, Cornersville didn’t get a typical spring full of practice and workouts.
Instead, it was mostly condensed into a successful June.
“Really, not getting a spring practice, a lot of June was just evaluation on my part, just seeing what pieces fit where. I’ve been really pleased. We got a lot put in during June in a short period of time. Especially offensively, it’s been a lot of brand new for them—drinking through a fire hose—but they’ve handled it very well. I feel like we’re in a good spot heading into mid-July,” Waddell said.
The focus so far this summer has been conditioning, weight room work and running through practice at night.
Since the first day Waddell was introduced to his team, the numbers have been growing for the Bulldog roster.
“We’re getting up there. The first day I was here, we had about 22 in and right now we’ve got about 32 on the roster. Numbers have been coming up. We had a few come back that I think can really help us and they’ve been consistent working in June and working hard,” he said.
With summer in full swing and teams shifting their focus to 7-on-7’s and scrimmages, Waddell’s focus is on getting his team better and the way they plan on doing just that is putting in work in the weight room and getting quality workouts in each practice.
“On the 29th, we’ll go to Mt. Pleasant and scrimmage them, but getting us better right now is the focus. We still have a ways to go on some things, but there’s some things I’m pleased with. A few things we still have to get installed moving forward, but again I feel like we’re in a good place. We just have to continue working hard and get ourselves better,” he said.
Cornersville opens the 2022 season on August 18 at Richland.