Bulldogs settle for 4th in 9-A tourney

LYNCHBURG — It was an offensive struggle for the Cornersville Bulldogs (11-13) in the semifinals and consolation round of the District 9-A tournament. After falling to Moore County, 54-31, in …

Bulldogs settle for 4th in 9-A tourney 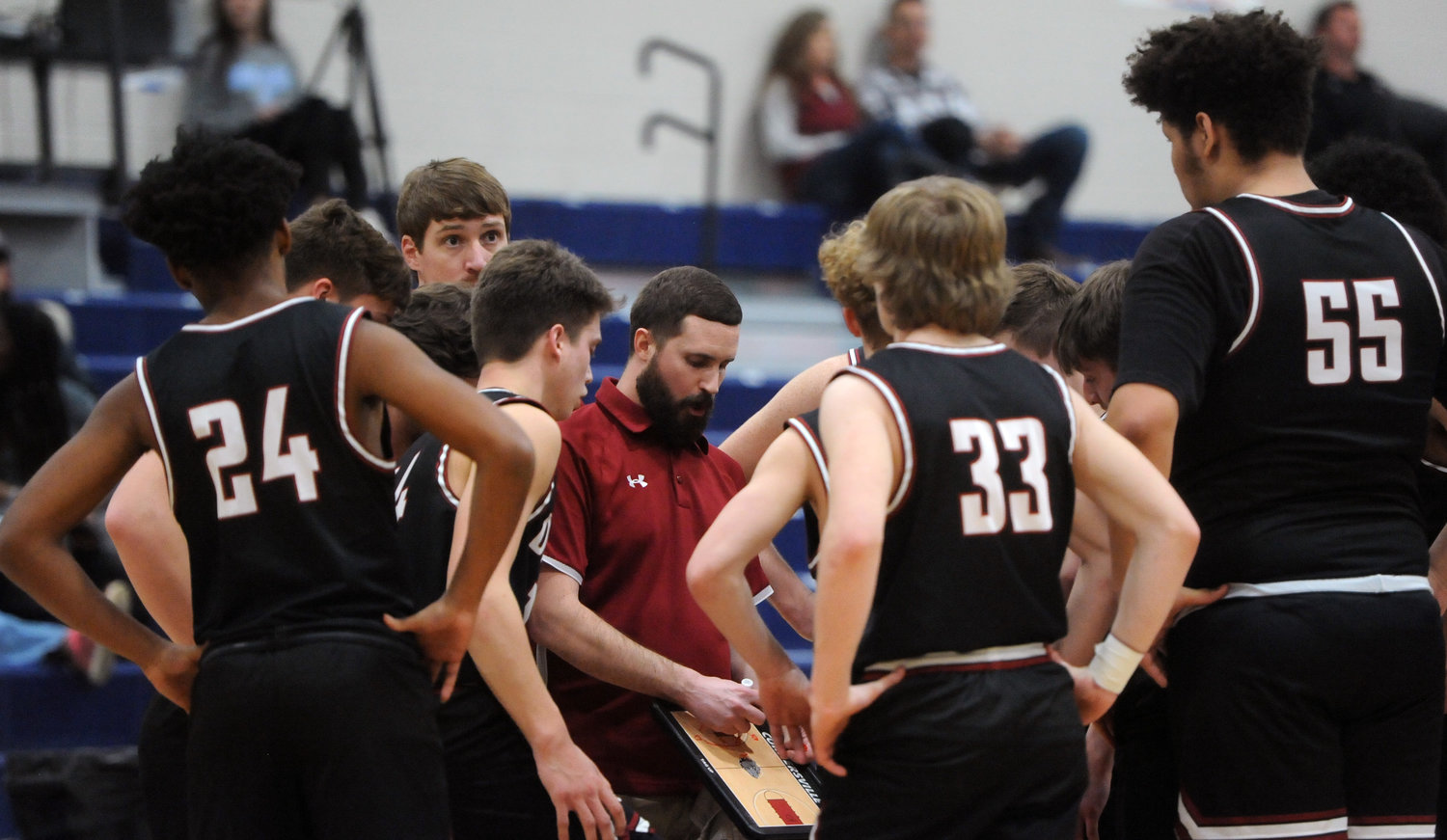 Bulldog coach Peyton Newton huddles up with his team before the second half got underway in the 9-A semifinals against Moore County.
Tribune Photo by Chris Siers 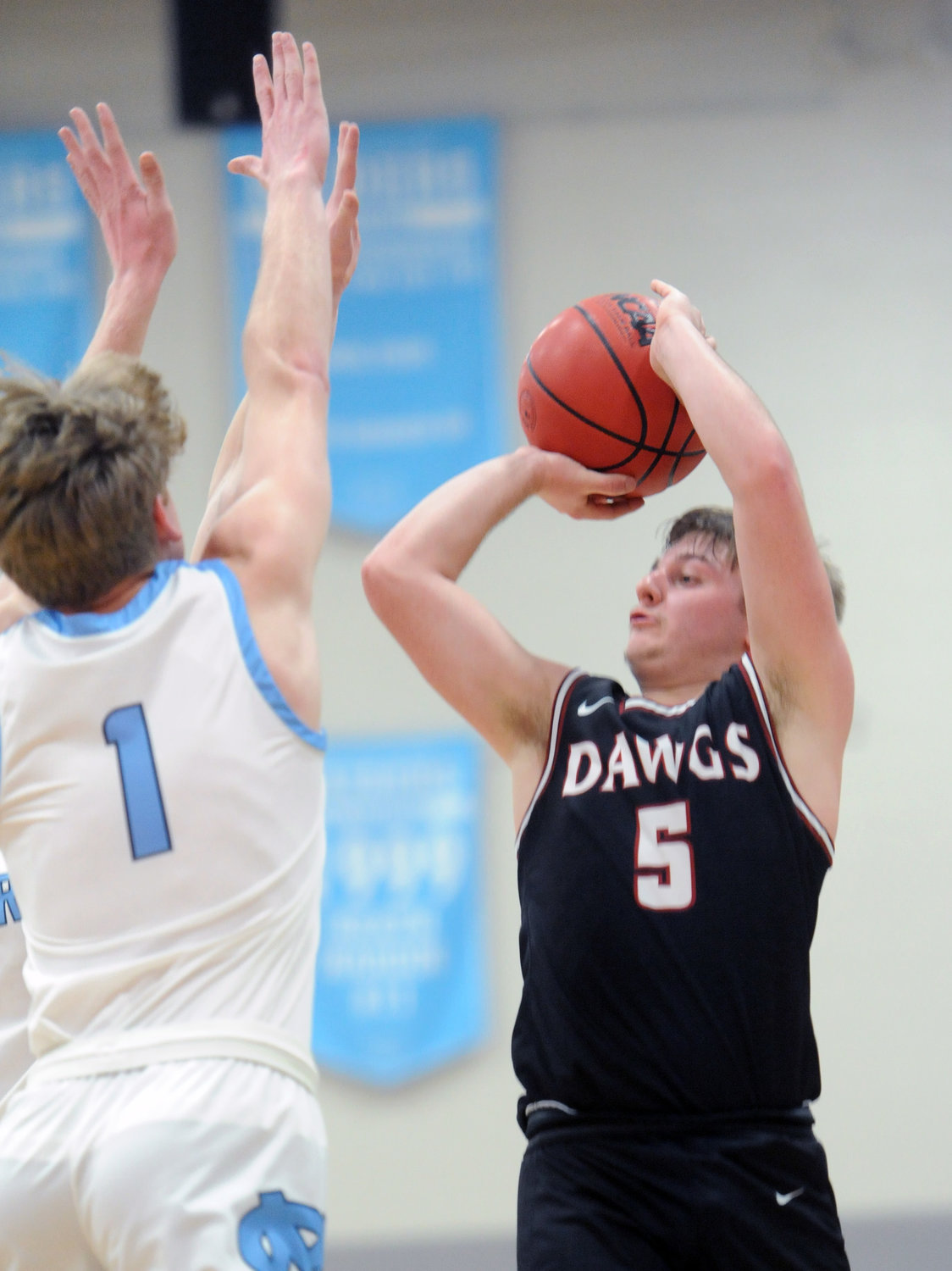 Mason Callahan pulls up for a 3-pointer.
Tribune Photo by Chris Siers 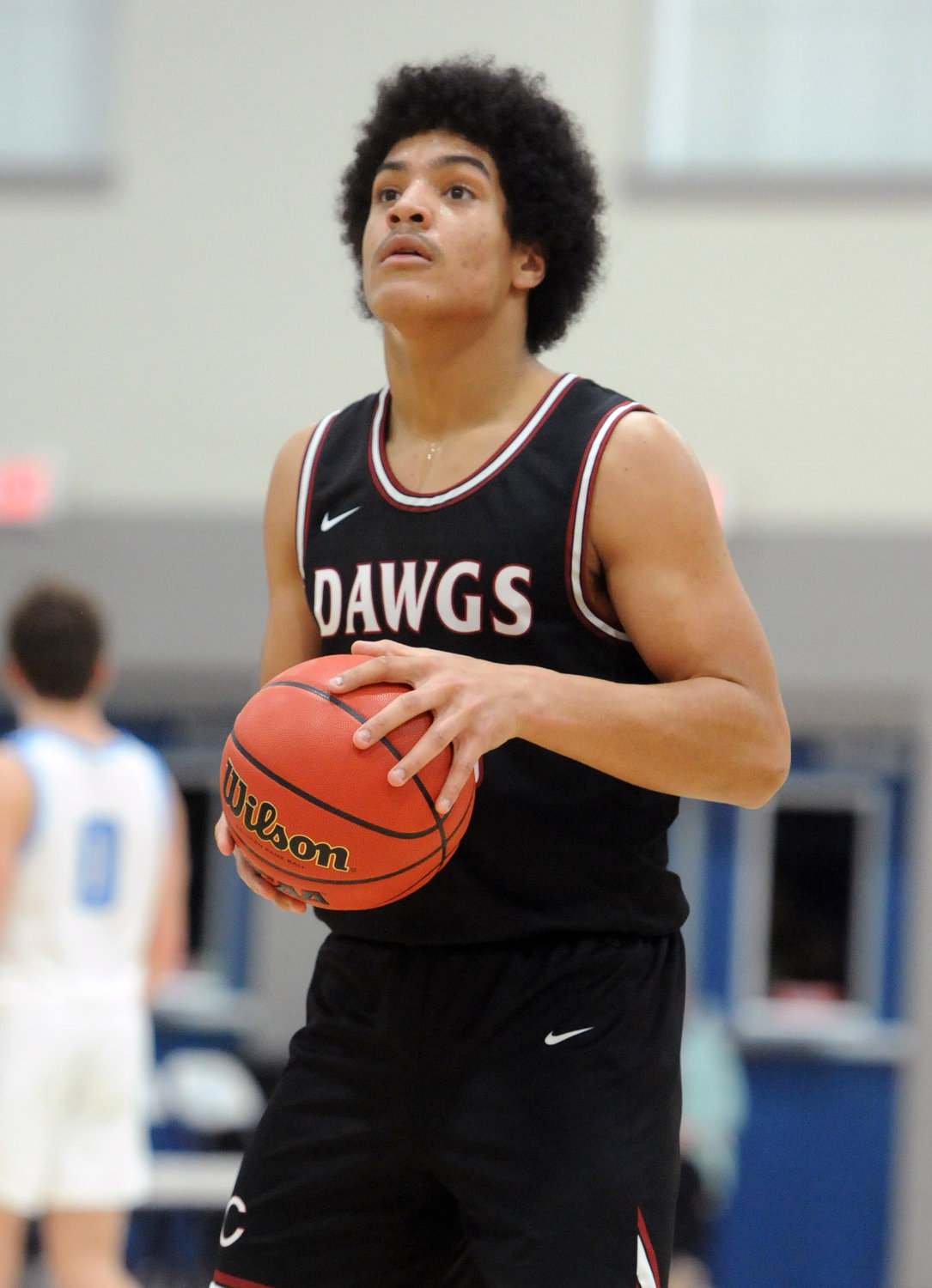 LYNCHBURG — It was an offensive struggle for the Cornersville Bulldogs (11-13) in the semifinals and consolation round of the District 9-A tournament.
After falling to Moore County, 54-31, in the semifinals, the Bulldogs fell behind in the second half against Eagleville in the district consolation game and fell, 42-36.
Against Eagleville (8-22) on Tuesday night, the Eagles got off to a solid start, jumping out to an 11-7 lead, but managed just four points in the second quarter.
The Eagles rallied for nine in the second period and held a slim, 16-15 lead at the half.
While the Bulldogs remained competitive into the third quarter, pitching in another 12 points, the Eagles steamed ahead and went for 19 in the third.
Eagleville closed the game on a 16-9 run in the fourth quarter and was able to hold on for the six-point win.
Eli Welch and Mason Callahan led the Bulldogs, scoring 12 points apiece, but struggled to get consistent scoring from the remainder of the lineup.
Four additional Bulldogs combined for just 12 more points.
Eagleville was led by C.J. Goers, who scored 11, and Hagen Bugg, who chipped in 10 points.
While the Bulldogs suffered back-to-back losses in the 9-A tournament, Cornersville’s season is still alive.
The Bulldogs will be on the road in the opening round of the Region 5-A tournament and will face the District 10-A champion in the region quarterfinals.