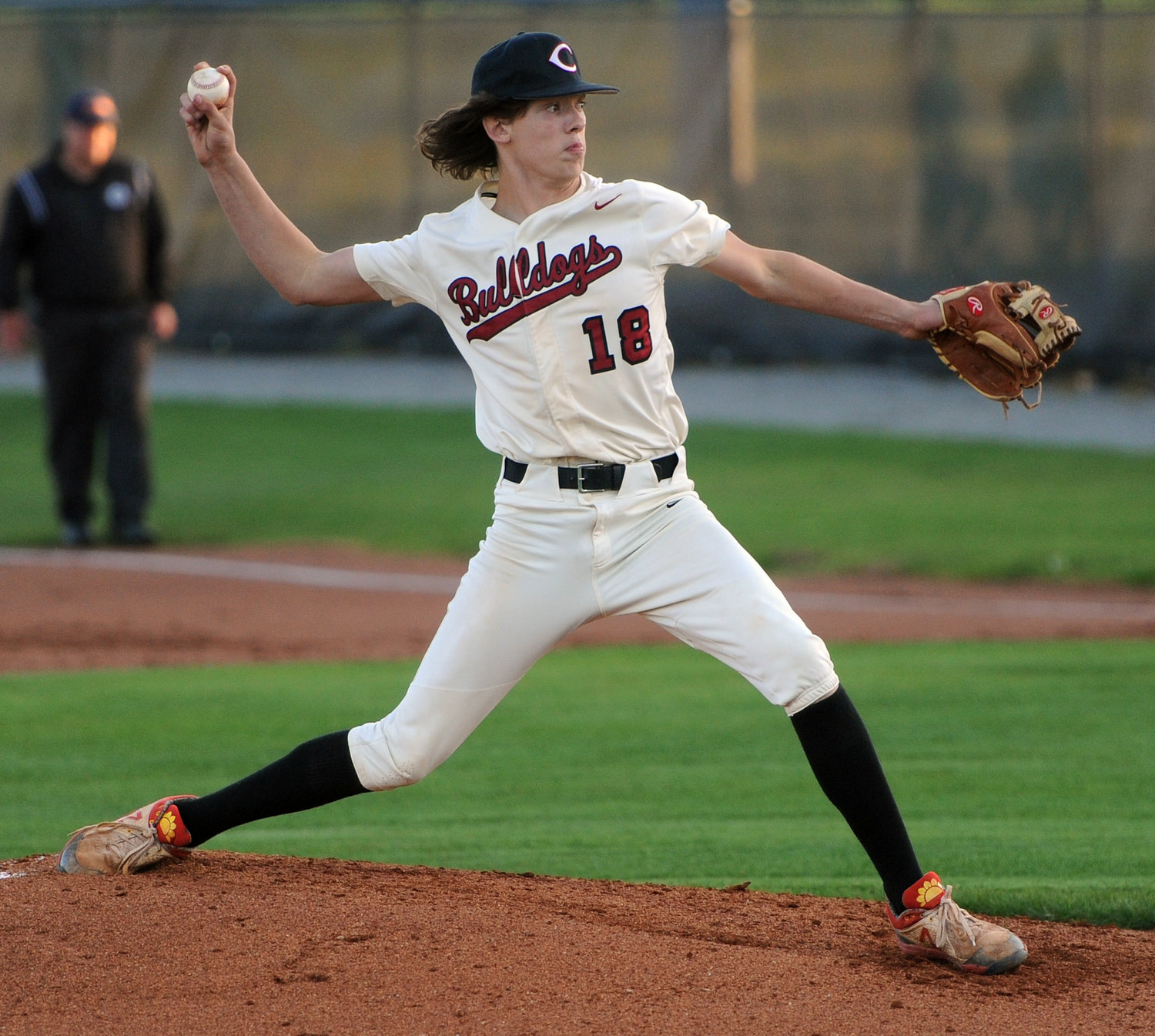 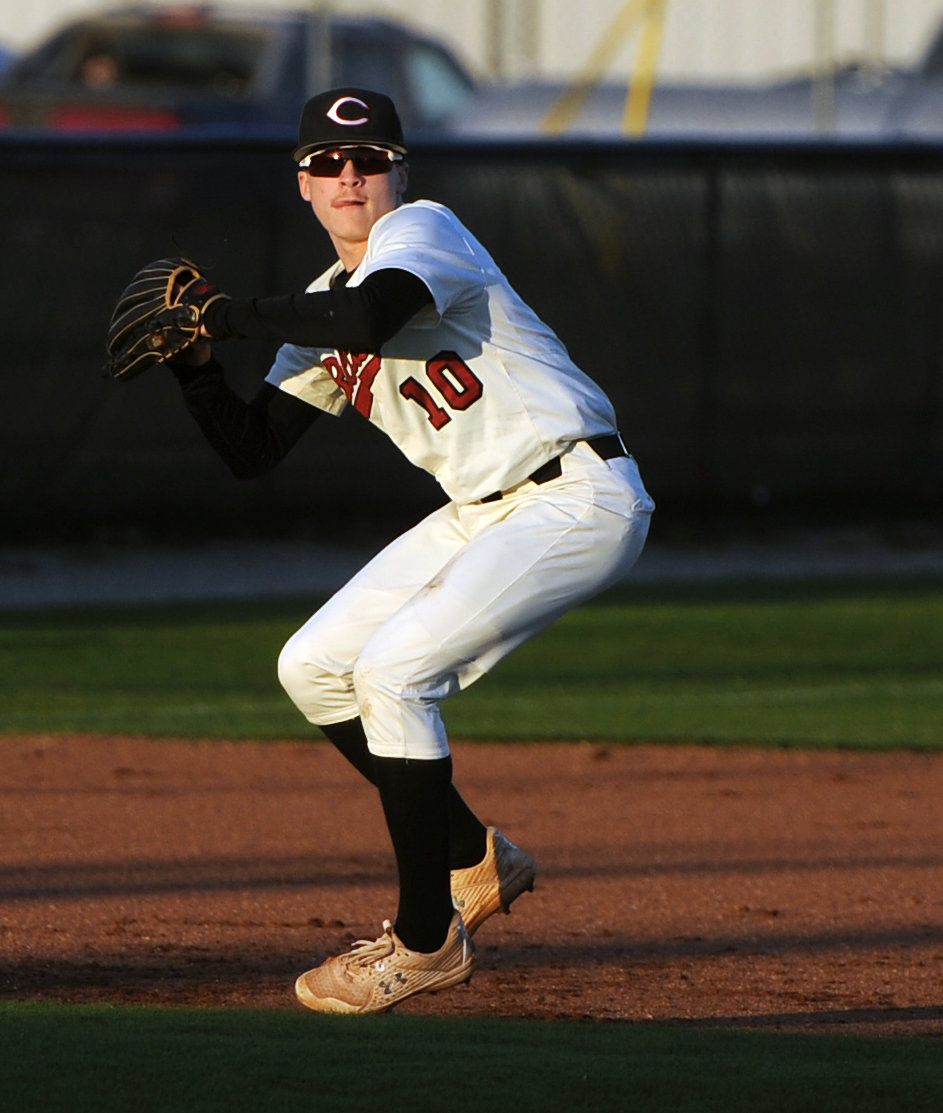 Blaine Woodard fields a ball at third base and makes the throw to first for the out.
Tribune Photo by Chris Siers
Previous Next
Posted Wednesday, April 27, 2022 9:00 am
By Chris Siers ~ sports@t-g.com

CORNERSVILLE — A see-saw sixth and seventh inning on Tuesday night saw Cornersville come up with some late-game magic as Peyton Cherry scored the game-winning run on a wild pitch and the Bulldogs downed Fayetteville, 8-7.
Trailing 4-2 entering the bottom of the sixth inning, Cornersville rallied for two runs to knot the game at four apiece heading into the seventh.
Daniel Sellars led off the inning with a single to left and Beau Schillig followed with a walk to put two on with nobody out.
Sellars eventually scored when Peyton Cherry ground out and Schillig plated scored the tying run stealing home.
With the Bulldogs having rallied for the tie in the sixth, the Tigers answered in swift order and plated three runs in the top of the seventh inning, seemingly poised to take the win.
An error and a two-run homer by Thomas McElyea seemingly gave the Tigers all the momentum in the world.
In the Bulldog seventh, Wesley Pigg led off the inning being hit by a pitch and Sellars followed him on base with a single to left.
Schillig loaded the bases with a walk and with nobody out, Cherry was hit by a pitch to score the first run of the inning.
Sellars then scored on a wild pitch and Schillig crossed the plate on a RBI single by Bryce Woodard, tying the game at seven.
With the winning run standing 90-feet away, it was Cherry who scampered home on a wild pitch to land the Bulldogs a win in dramatic fashion.
Sellars led the Bulldogs at the plate with a 3-for-3 night, while Cherry was 1-for-3 with a pair of RBIs to his credit.
Sellars also had the only extra base hit for the Bulldogs, a double in the first inning.
Beau Schillig got the start for Cornersville on the mound and went four innings, allowing four runs on three hits, only two of which were earned.
He also struck out six.
Cherry worked 1 1/3 innings in relief and despite giving up three hits, didn’t allow a run to score.
Gage Lovell took the win on the mound, pitching the final inning and minimizing the Tigers’ seventh inning surge.
Cornersville faced Fayetteville in Game 2 on Wednesday in a makeup game from Monday night.