10 states with the highest gas consumption

The United States is moving toward electric vehicles, but some states have resisted the switch. Here are the top 10 gas-guzzling states in the country, as identified by RateGenius. 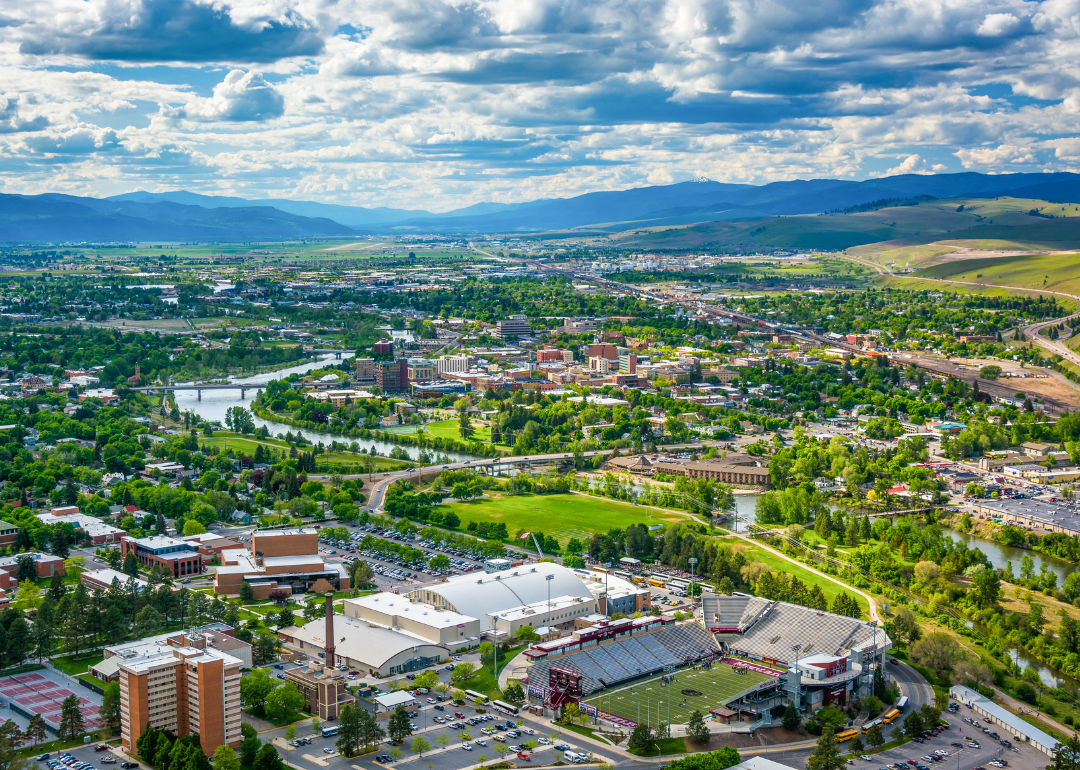 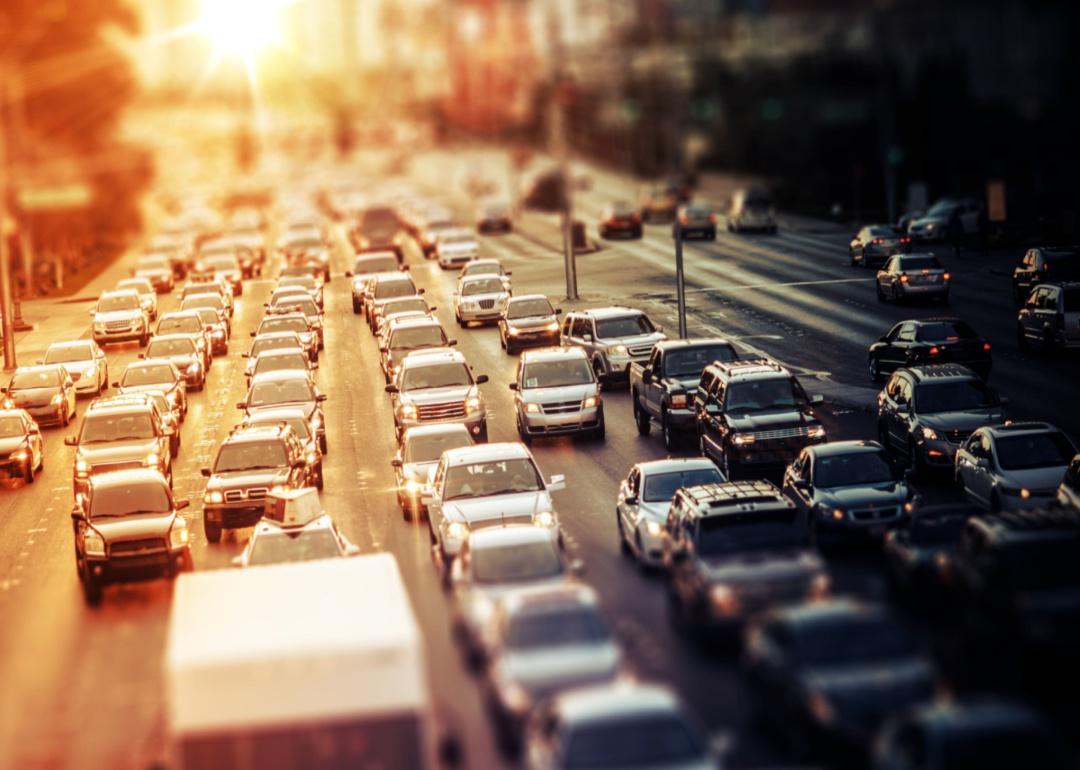 Even as the Biden administration moves to embrace electric vehicles in its efforts to curb global warming, America continues to guzzle gas. How much gas a state's residents consume can depend on various circumstances, including how far they travel, what kind of public transportation is available, and how high of a gas tax is imposed. Moreover, the question of whether the state provides subsidies for electric vehicles or adequate numbers of charging stations also bears an influence on the rate of EV adoption.

Prices at the pump remain high—albeit not as high as a few months ago. In June 2022, the national average hit $5 per gallon. Many factors drove prices up, among them rising demand as the economy recovered from the COVID-19-pandemic-related slowdown, a slow resumption of oil production, and the effect of U.S. sanctions on Russia over the invasion of Ukraine. In recent weeks, gas prices had begun to come down bit-by-bit each day, helping to dampen inflation, but 98 days of decreases came to an end on Sept. 21, 2022. According to AAA, the national average gas price was $3.68 a gallon that day, but this represented a significant increase over the $3.19 average at the same time last year.

More than 350,000 gallons of gas were sold daily in 2021 nationwide, about 105.6 gallons for every 100 people; that's 22% more than in 1983, when the U.S. had finally climbed out from underneath the gas crisis that plagued the 1970s. So it would seem that the pandemic, the rise in prices, and the as-yet-unrealized breakthrough in vehicle fuel dependency promised by EVs were not much of a deterrent for a traveling public that just kept on traveling. But which states burned up the most gas?

RateGenius analyzed data from the Energy Information Administration on the 10 states with the most daily gasoline sales in 2021. States are ranked based on gallons sold per 100 people. All references to average per-gallon gas prices in each state come from AAA, and state gas tax rates are provided by the American Petroleum Institute. 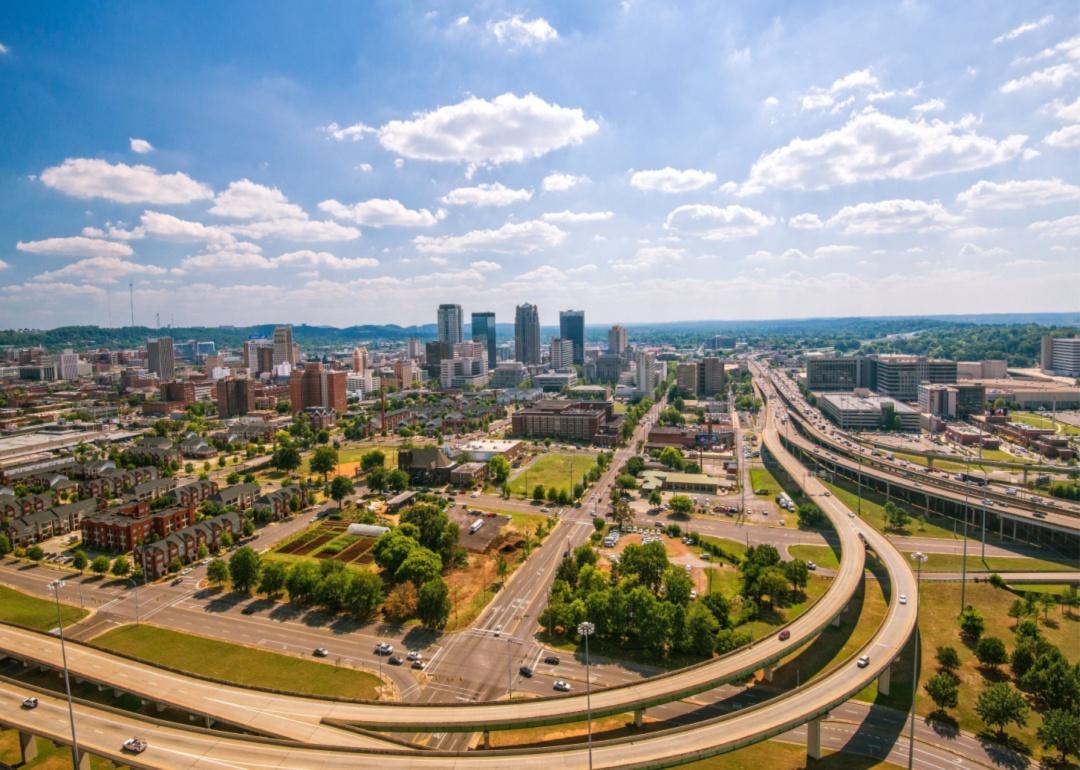 Only 0.1% of vehicles registered in Alabama in 2021 were electric, though that's a 61% improvement over 2020. Even though the state has established an EV infrastructure plan, it ranks 47 out of the 50 states with just 8.4 charging stations for every 100,000 vehicles. Alabama did allocate $1 million in the fiscal year 2021 and a further $2 million for the fiscal year 2022 to install more charging stations. And it has a campaign to encourage residents to switch to electric cars, emphasizing the $1,000 in estimated savings in fuel costs and lower costs for maintenance.

The price for a gallon of gas in Alabama is below the national average, as is the state's gas tax. 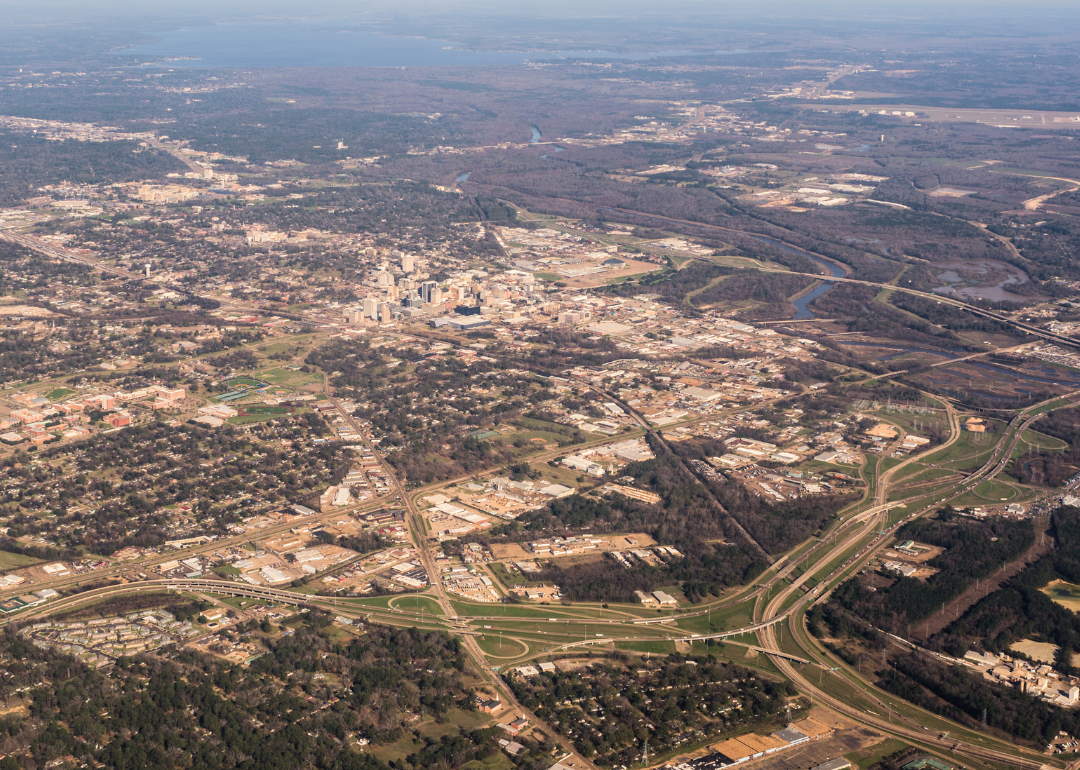 Mississippi is the state with the fewest electric vehicles. Only three out of every 10,000 Mississippians own an EV, the lowest ratio in the country. However, the state will receive $50 million from the Infrastructure Investment and Jobs Act for charging stations, which is good since it presently has one of the lowest numbers of charging stations in the country. Mississippi does not offer incentives to buy electric vehicles, although the state's largest power company, Entergy Mississippi, does provide a $250 rebate for customers who purchase a charger, which costs about $2,000. The public transit system of its capital, Jackson, received an $8.7 million grant in 2022 from the Federal Transit Administration that will be used to modernize the system. 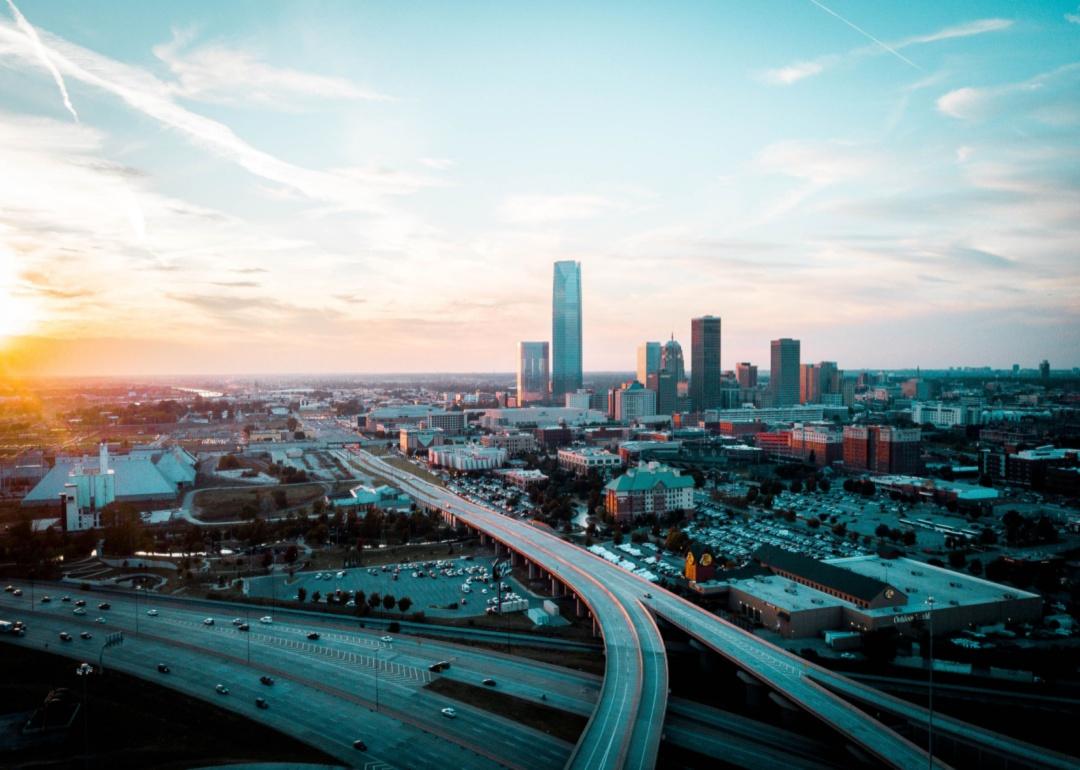 Oklahoma is traditionally part of what is known as oil and gas country, but it also has the distinction of leading the U.S. in Level 3 charging stations—the fastest kind of charger—per capita. The ChargeOK program built the state's charging network with $3.1 million from the 2017 settlement of the Volkswagen emissions scandal. The state offers a rebate of up to $200 to electric vehicle owners, but it only had 7,080 electric vehicles registered in the state as of Dec. 31, 2021, out of about 3.7 million vehicles.

Oklahoma has one of the lowest gas taxes in the U.S. Gas is also below the per-gallon national average in the state, which helps explain Sooners' propensity for hitting the pump. 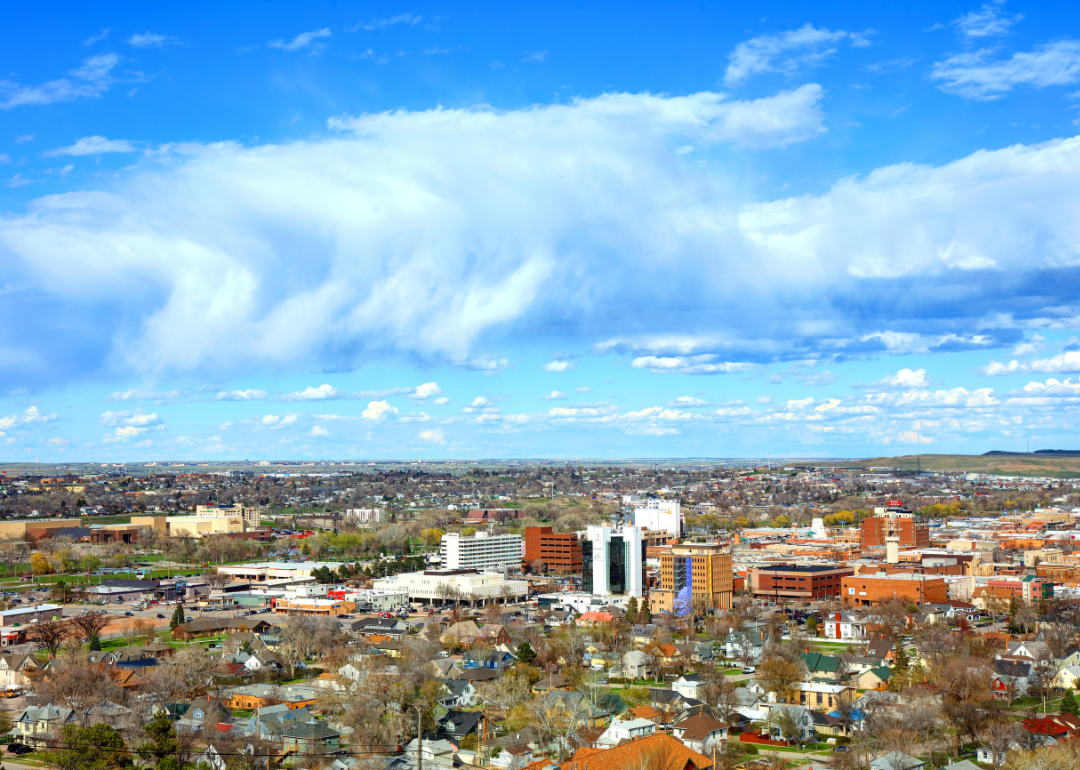 The price of gas in South Dakota during the summer of 2022 was around $5 per gallon, prompting interest in electric cars, even if the state lacks the infrastructure to support them. As part of the Infrastructure Investment and Jobs Act, South Dakota is creating a network of electric vehicle fast chargers throughout the state that will eventually be connected to the national network. ​​Of the 59 public charging locations currently in the state, only one meets federal requirements.

South Dakota is slightly over the national average for per-gallon prices and gas taxes. Still, the additional fees often attached to a state's gas tax—which can increase the price a driver pays at the pump by as much as 15 cents per gallon—are pretty low relative to the national average. 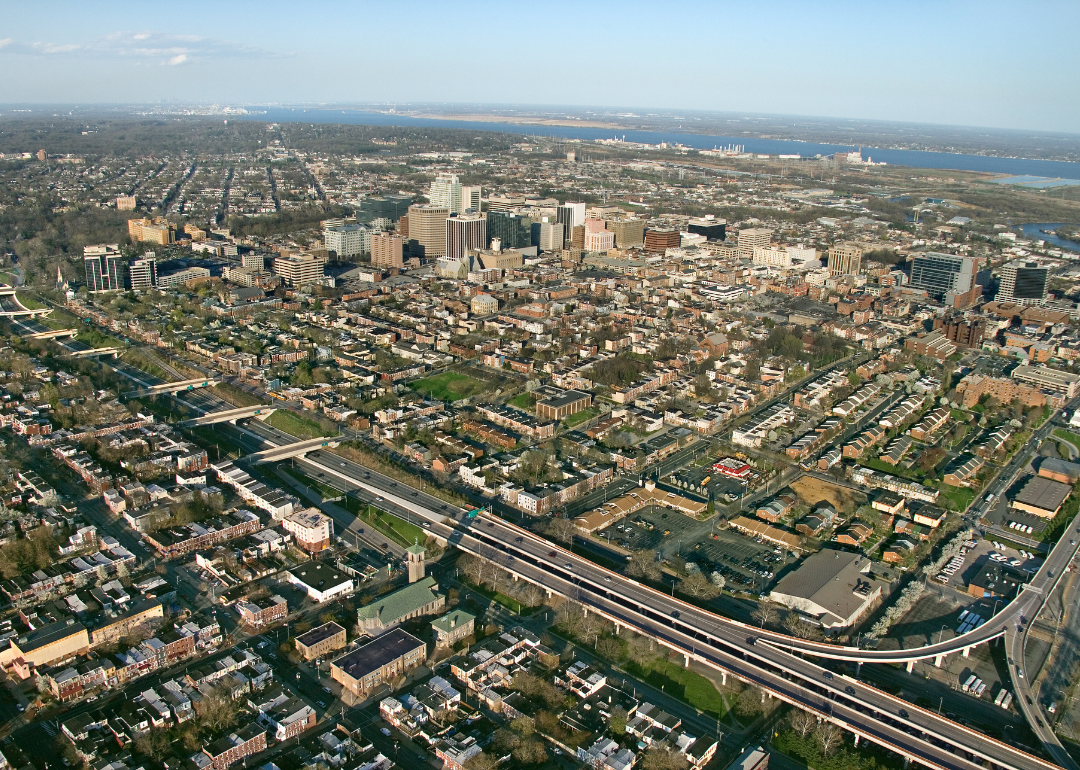 Delaware is trying to quicken the transition to alternative fuels with a cash rebate for vehicles bought or leased before Dec. 31, 2022. It applies to passenger vehicles powered by an electric battery, plug-in hybrid electric vehicles, and vehicles that run on natural gas or propane. The state extended the program in May. Gas cars and trucks still massively outnumber EVs and hybrids. Even so, the state has 22 pieces of legislation dedicated to alternative fuels and vehicles and participates in the Clean Cities Coalition Network.

Its gas price is below the national average, as is its state gas tax. 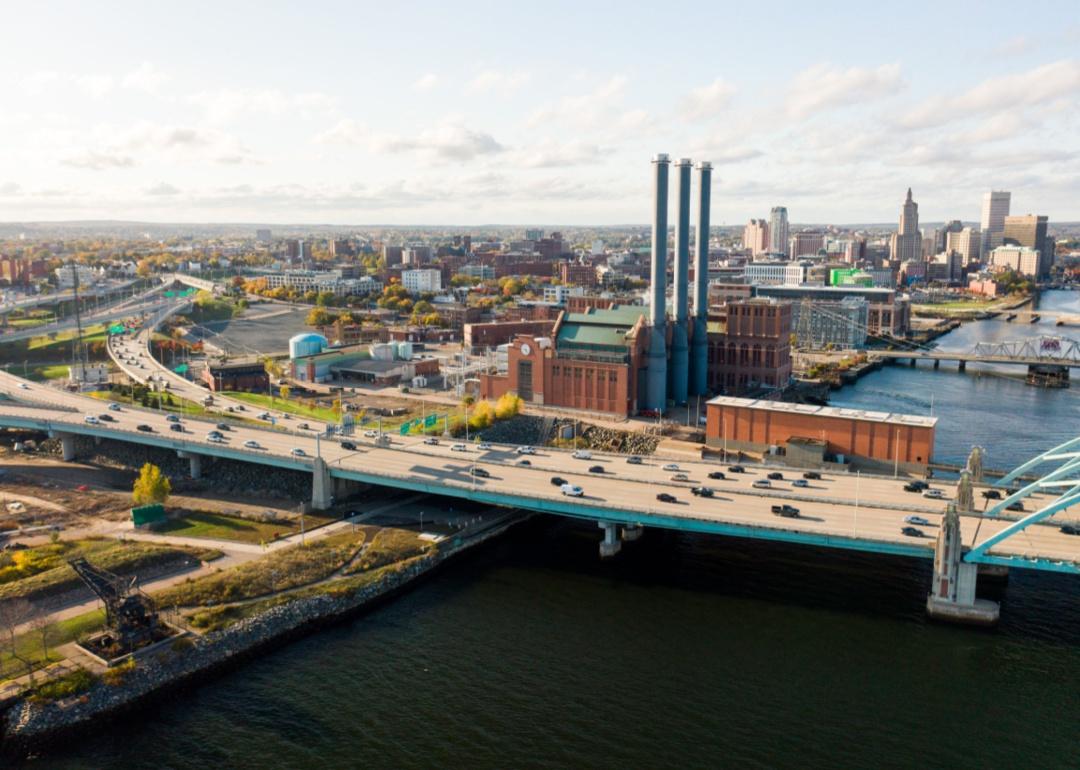 Who knew such a small state would consume so much gas? The irony is not lost on Rhode Island lawmakers, it seems. The state is reinstating a rebate program for electric vehicles, a new iteration of its DRIVE EV program, which has existed for six years. The $1.25 million program aims to make electric cars more affordable to Rhode Islanders. Rebates go as high as $2,500. The state also is working on expanding the number of charging stations (currently 262) with $23 million in federal infrastructure money. The focus at first will be on the I-95 corridor.

With a per-gallon price below the national average, it might seem like enough to keep Rhode Islanders driving, but the state gas tax is more than 8 cents per gallon over the national average; however, like South Dakota, the attached taxes are next to nothing, so at the end of the day, the state comes in a few cents shy of the middle. 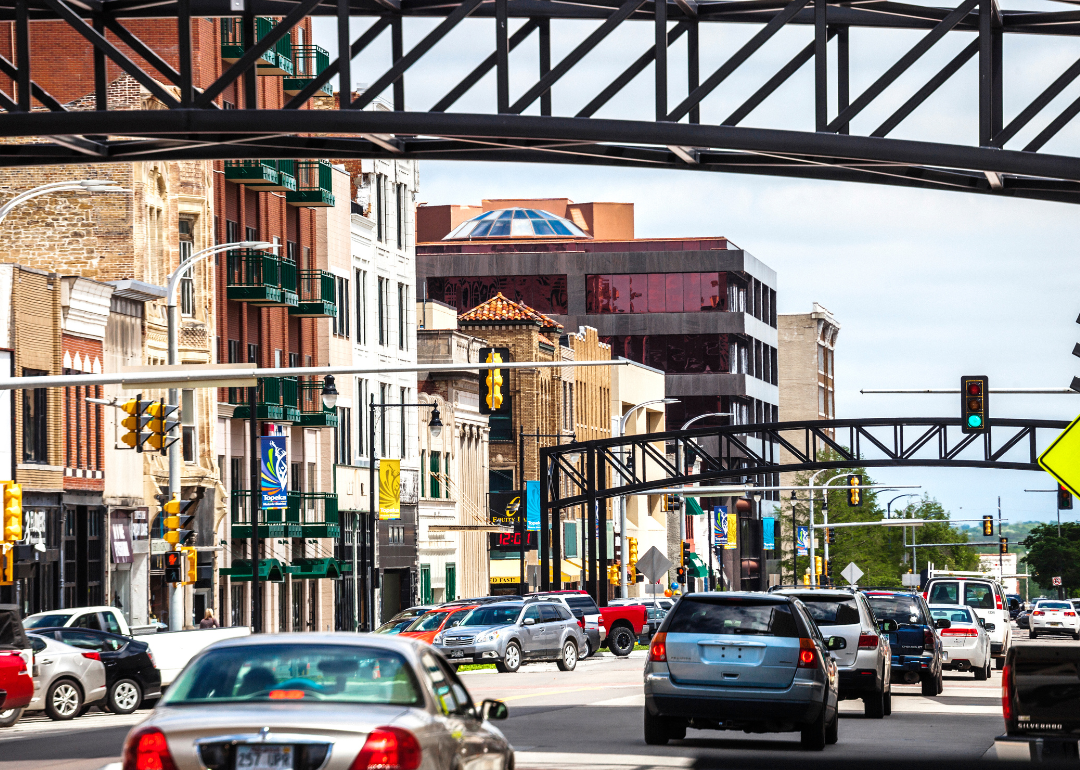 It's almost hard to believe that Sunflower Staters buying more than 4.4 million gallons of gas every day is a 15.5% decrease over 40 years ago—not when every other state on this list has shown an increase—but there you have it. Certainly, the COVID-19 pandemic played its part, but perhaps just as telling is the fairly unremarkable change in the state's population. Since 1990, Kansas has added fewer than 460,000 people—compared to neighboring Illinois, which added more than 1.3 million in the same time frame and is more than 25,000 square miles smaller than Kansas.

The state also has a low number of registered vehicles relative to many other states of comparable size and, according to the Department of Energy, just 4,500 electric vehicles are registered in Kansas—that accounts for only 0.01% of all the vehicles registered in the state. To grow that number, the Kansas Department of Transportation will use the $39.5 million from the Infrastructure Investment and Jobs Act to expand its statewide EV charging network. 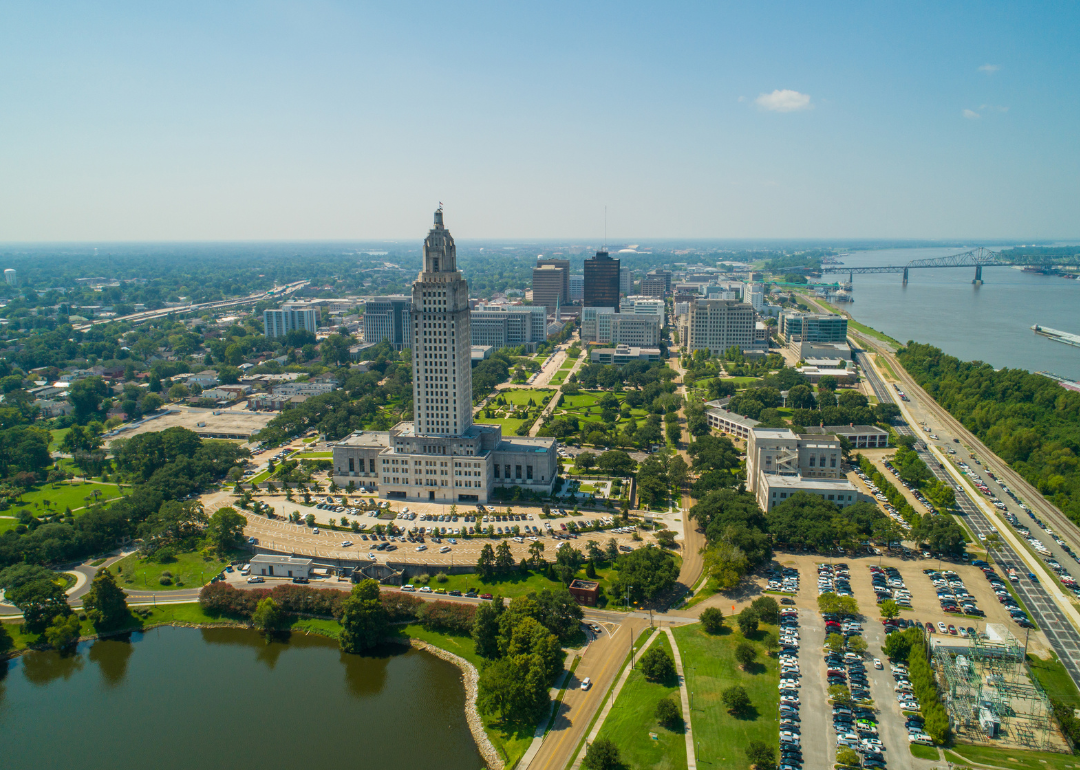 Louisiana offers a tax credit of up to $2,500 for the cost of a new alternative fuel vehicle, a category that includes EVs. Moreover, residents can receive an income tax credit of up to 30% of the installation cost of electric charging installations. Over the next five years, the state will receive $73 million for electric vehicle infrastructure through the Infrastructure Investment and Jobs Act. There were 3,180 electric vehicles registered in the state as of Dec. 31, 2021, out of about 3.9 million overall. 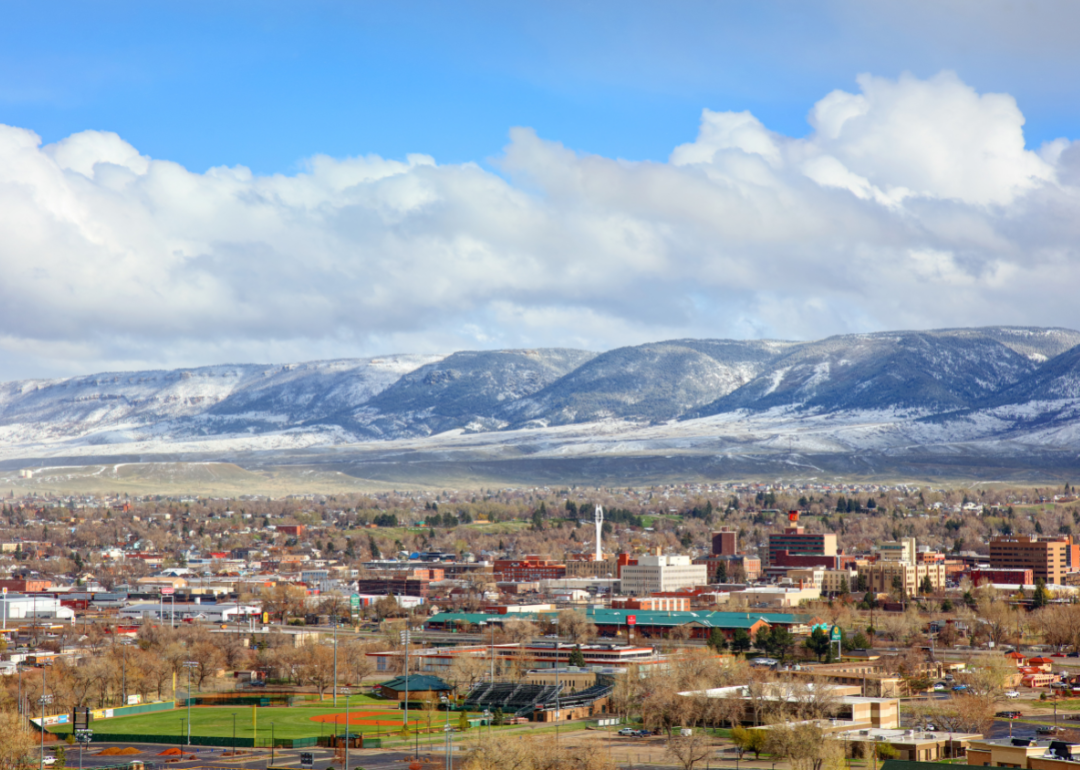 Wyoming has among the lowest adoption rates of electric vehicles in the country. The Wyoming Department of Transportation counts fewer than 500 electric vehicles in the state, a figure that doesn't even register on the Department of Energy's tracker. Long distances and a small population contribute to the low number. The state is behind on the number of publicly available chargers as well. Although it is eligible for $25 million for chargers through the Infrastructure Investment and Jobs Act, it is leaving the work of putting a network together to private enterprise.

The average price of gas is comfortably above the national average, while the state gas tax is slightly lower. A House bill was introduced earlier this year that would raise the state's gas tax by 16 cents per gallon over the current rate of 23 cents (not including add-ons), but it was not considered for open discussion.

Montana recently submitted its Electric Vehicle Infrastructure Deployment Plan to the U.S. DOT for approval. The state expects to receive $43 million in federal money to establish electric vehicle charging stations along some of its major highways, with the ultimate goal of having fast-charging stations less than 50 miles apart on all major throughways. There are presently long stretches of interstate where charging stations are entirely unavailable, making the adoption of EVs difficult. About 2,895 EVs and plug-in electric hybrid vehicles were registered in Montana as of January 2022 out of nearly 2 million vehicles total.

Montana's average gas price is presently almost 30 cents per gallon higher than the national average, and its gas tax is one of the highest in the country. However, a relative lack of additional fees does mitigate that fact to some degree.

This story originally appeared on RateGenius and was produced and distributed in partnership with Stacker Studio.